Gwen Turns Up at Claire’s With the Item the Mob Wants, While Jimmy Threatens to Kill Gabi

Wednesday June 17, 2020: On Days of our Lives today, Ciara comes up with a plan, and Gwen shows Claire the book of Jake's that she stole. 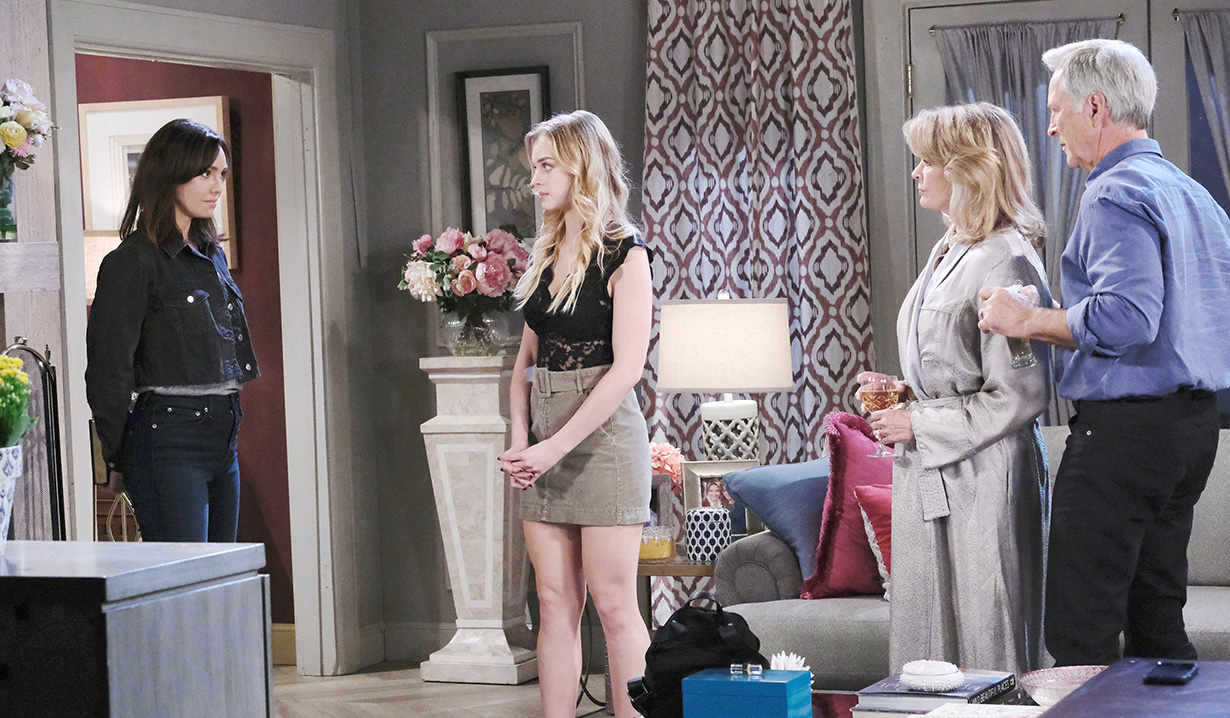 At DiMera mansion, Jenn finds Jack has a romantic dinner with candles waiting. Jennifer is tickled to find popcorn waiting, topped with chocolate sauce, peanuts, chips and Gummi Bears. Jack says it’s thanks to Charlotte and Thomas. They dig in and Jennifer wants to rehash their old argument about wanting to help Steve and Kayla get together but Jack wants to stay out of it. They stop eating since the popcorn is so salty and take a selfie to show the kids. Jack brings her real dinner on a plate in the shape of a fish. Jenn is reminded of being on the ship and the SS Loretta together. Jack wanted to remind her that he’s looking forward to a whole life full of new memories with her. They toast to their relationship and they start planning a honeymoon.

Eli and Lani don’t mind their stakeout outside of Salem Inn as they wait for Jake and wonder who he’s visiting. Meanwhile, inside, Jake learns from Ciara that Gwen is in Bayview. Jake laughs, finding it unreal that Gwen was in “the loony bin.” Ciara doesn’t like that term. 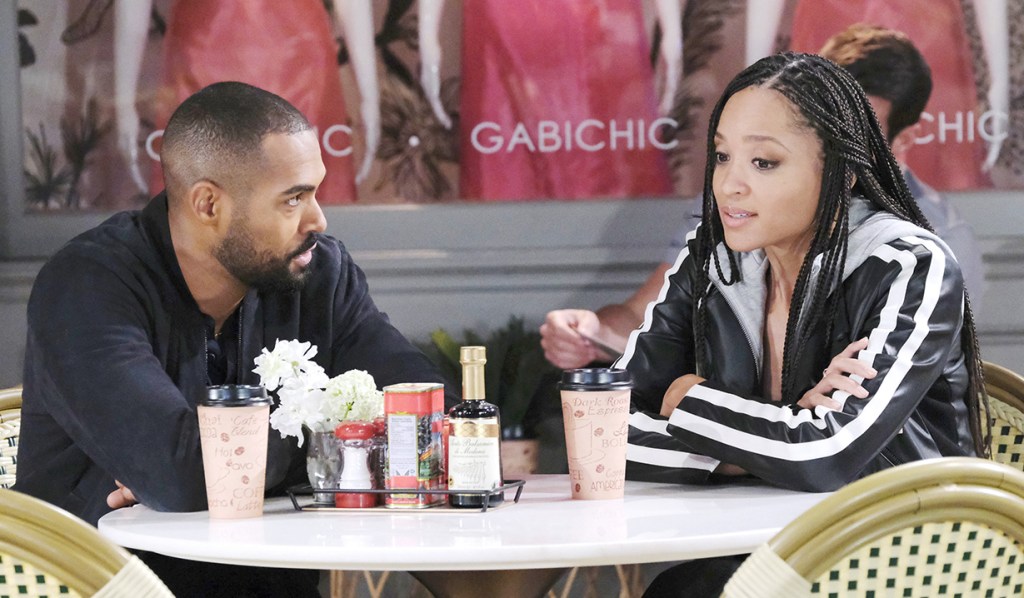 More: Hallmark’s Christmas in July is back

At the warehouse, Gabi asks Jimmy why he kidnapped her. He refuses to say and asks her to remain quiet until Hubby calls. Gabi’s never been the kind of woman to wait around for a man to save her. She tries to make a deal by offering her body. Jimmy likes the look of her but refuses. Besides, where’s her loyalty to Jake? Gabi reveals he’s been pushing her away so Jimmy unties her. She knees him in the groin. He goes down and groans. Gabi tries the door but it’s locked. Jimmy starts to laugh as he shows her the key. 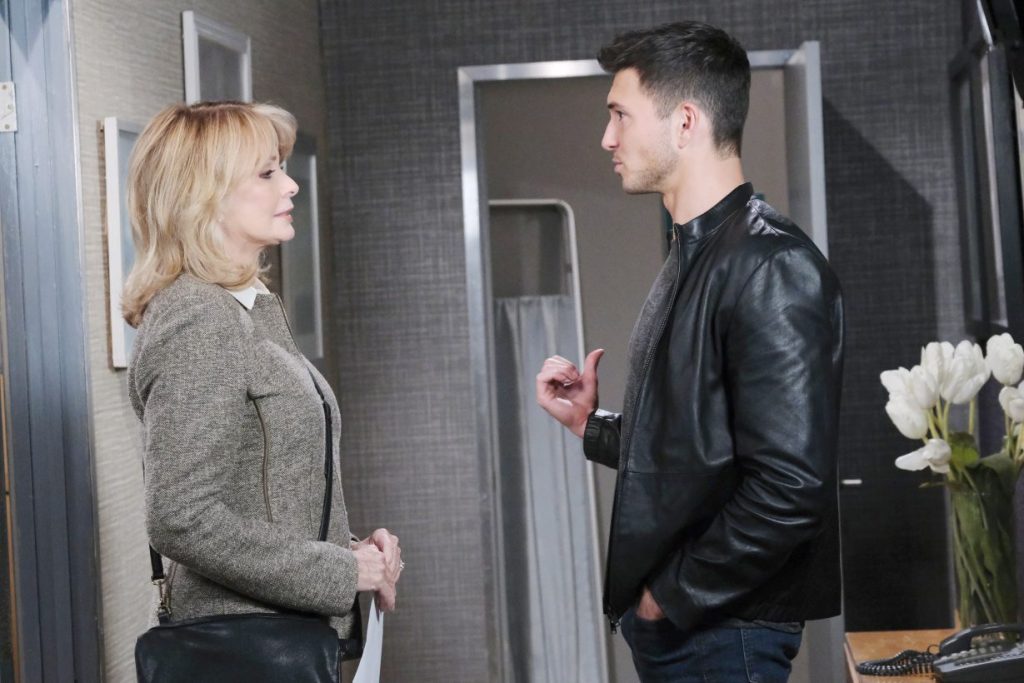 At the townhouse, John tells Claire they need to be able to trust each other. Claire knows. They say I love yous and John goes to make tea. Gwen turns up, shocking Claire. Gwen left Bayview because someone was looking for her. She asks who that was. Claire rushes her in and tells her to wait in her bedroom. John returns to the room and Claire takes her tea to her room as she promises no more secrets. Marlena turns up. She lets John know Gwen left Bayview. In Claire’s room, Claire explains that if she doesn’t give whatever she stole from Jake back, they’re going to kill someone she knows. Gwen takes out a book – Crime and Punishment. It must be what they want. Gwen’s starving. “I didn’t think I’d miss the nuthouse chicken parm.” Claire hands her a granola bar and Gwen says she didn’t know this book was special until she started reading it in Bayview. She found it highbrow for Jake and started noticing names and numbers in the margins. She assumes it’s related to his mob boss. Claire wants to give it to Jake but Gwen wants to sell it. Claire thinks they should talk to her grandparents about it. Gwen smirks but Claire explains how her grandma is kick-ass and her grandpa is like James Bond.

More: Controversial soap storylines that riled us up 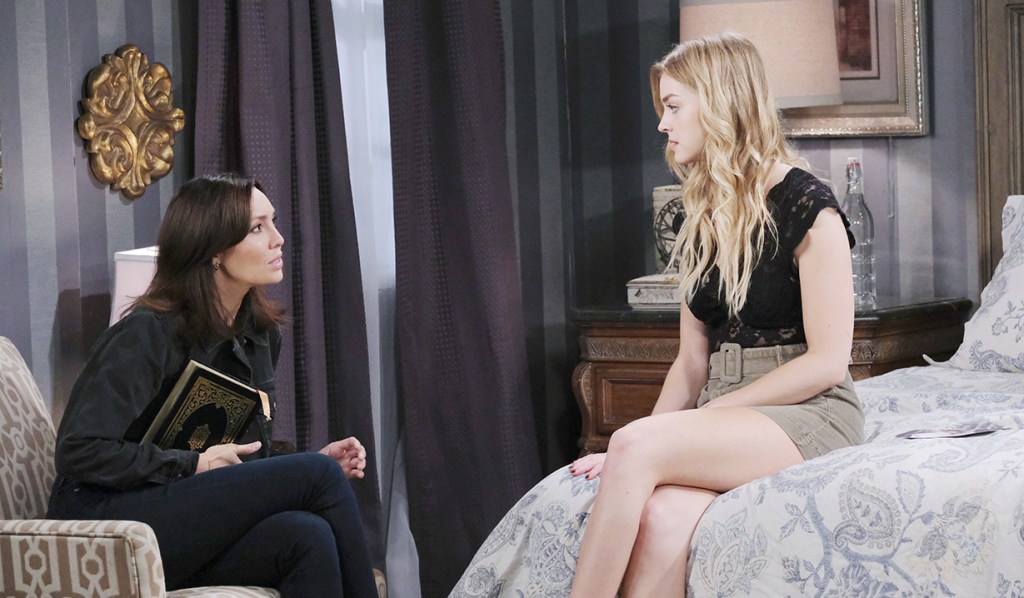 Ben returns to Salem Inn and tells Ciara and Jake that Gwen left Bayview today. Ben suggests calling the cops but Jake doesn’t want Gabi dead. Ciara demands to know exactly what Gwen took. Jake reveals he took a book from his boss which had names and numbers inside it. Gwen took it when she left. Ciara says they need to get it. Jimmy calls. He’s got Gabi tied up again and Jake says he has what he wants. They agree to meet in an hour. Meanwhile, Lani returns to Eli’s table to let him know Ben’s with Jake in his room. Eli wants to order some grub but Lani has morning sickness. She whips out a bag of Goldfish Crackers and pops a few in her mouth. Later, they follow as Jake, Ciara and Ben leave together. 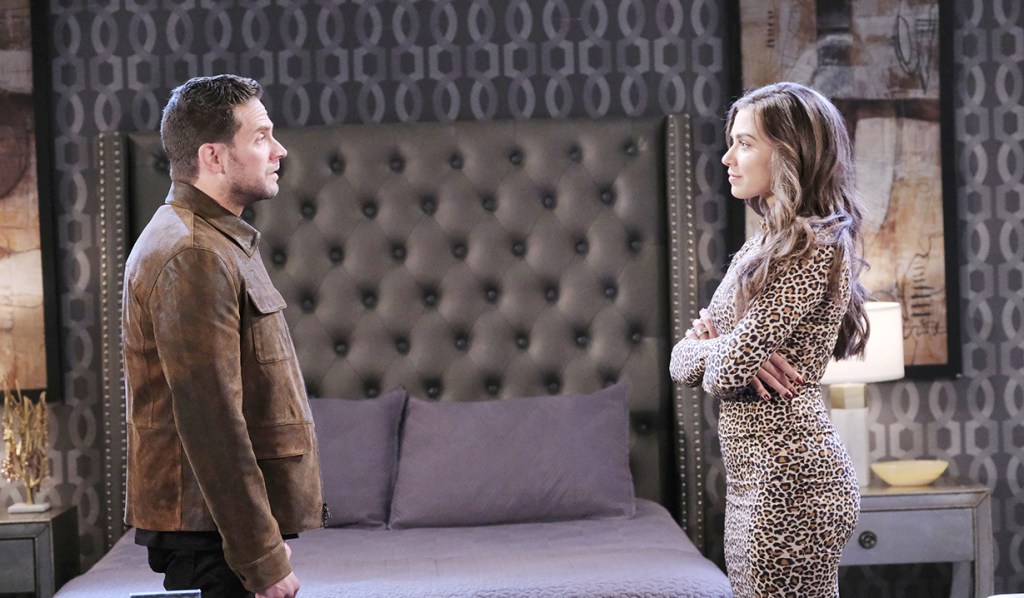 Jake, Ciara and Ben arrive at the Kiriakis mansion where Ciara finds Victor’s Crime and Punishment book. Jake scribbles in some names and numbers as he receives a text from Jimmy for the meet. Once Jimmy is done, he threatens to kill Jake and her if he doesn’t get what he wants. Meanwhile, outside, Eli and Lani arrive and she suddenly feels sick.

On the next Days of our Lives: Eli & Lani search for Gabi.

Marlena Joins the Search for Gwen As...