Tuesday June 16, 2020: On Days of our Lives today, Marlena find Claire at Ciara's, Arianna misses her mother, and Sonny tells Ari they're considering having another kid. 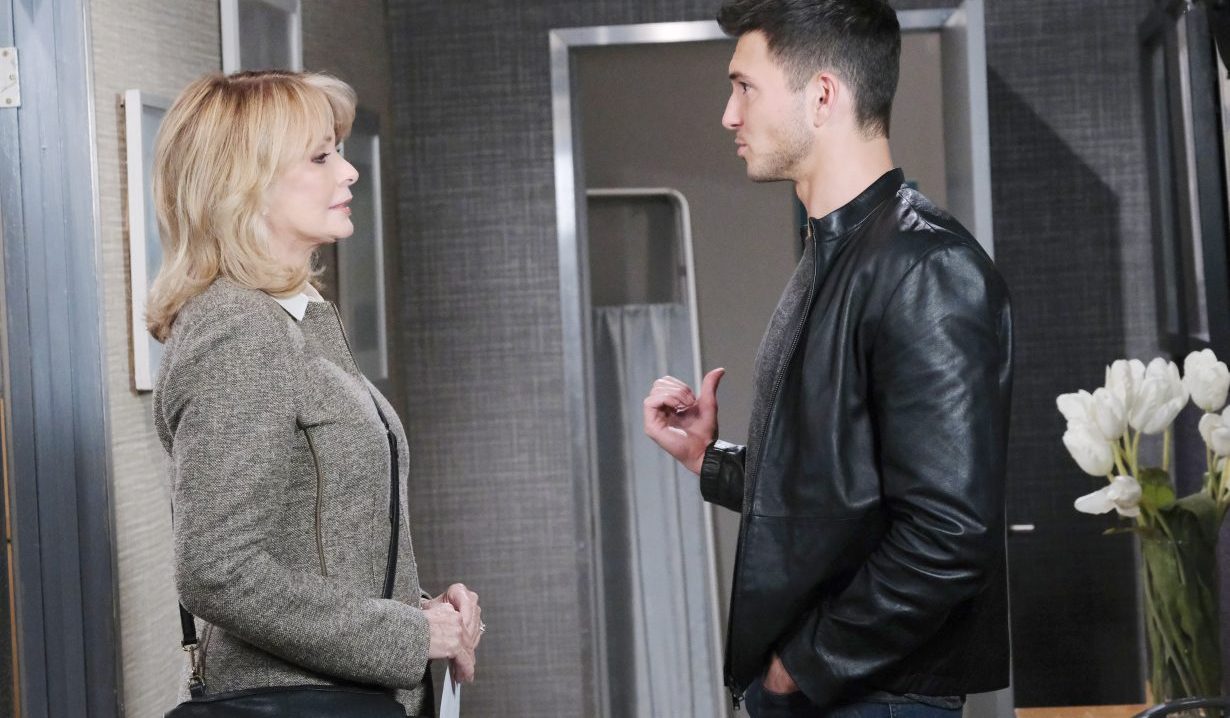 John and Marlena return home and talk about how exhausted Claire was. Marlena goes to check on her and sees she is missing. They realize where she is…

At Salem Inn, Claire tells Ciara she knows the woman in the flyer. Ciara calls it impossible. Claire asks if she thinks she’s lying. Claire says she knows her. That’s Gwen and she’s hiding from her ex-boyfriend. Ciara asks where she is.

At SPD, Eli and Lani question when the last time Jake saw Gabi was. Jake remembers seeing the goon kidnap Gabi but lies that he hasn’t. He growls that the last time he saw her was there, at SPD after she tried to inject him with that hallucinogenic. He suggests they stop wasting time with him and find her. “I hear she doesn’t like you two much. Maybe she’s waiting to jab you next.” Ben calls and Jake fidgets, obviously wanting to answer the call. Eli asks how he knows Gabi doesn’t like them and Jake tells them he knows about Stefan’s heart going into Julie, the pacemaker app and that Gabi ruined their wedding. He aggressively says just to cuff him already. Later, the cops have left Jake in the interrogation room while they decide to put the screws to him.

Ben learns from Will at the garage that the cops are looking into Gabi’s disappearance. Ben flashes to Jake telling them not to get the police involved or the kidnappers would kill her and then tells Will he assumes Gabi jumped bail. Will doesn’t believe that. Even if she had, she’d have been in touch.

Gabi screams at the top of her lungs at some warehouse where she’s tied to a chair.  The goon appears and tells her nobody can hear her. But she’s annoying him. “No wonder your husband dumped you,” he says. She tells him he didn’t. He died and came back. Jimmy doesn’t give a rat’s ass. He tells her that her time is up. Gabi offers to help his search since she’s wealthy. Jimmy says he’s already financed handsomely. Later, he calls Jake to remind him Gabi’s time is almost up. Jake takes the call on the sly with the cops out of the room. He asks for a few hours and Jimmy gives Jake three.

More: Is Gwen a troublemaker?

Will walks in on Sonny reading Dostoevsky at the mansion. Will says Ben stuck to his story that he has no idea where Gabi is. Will believes him. He reveals Ben asked him to be his best man. Sonny thinks that’s “one for the books.” Did he find a way to get out of it? Will said yes. Sonny’s shocked after all Ben did to them. Will finds it hard to explain. Ben saved his life and they went through so much. Ben’s different and good. Sonny will try to understand. Arianna appears. She can’t sleep because she misses her mama. They tell her they’re considering having another baby. Ari would rather have a dog.

Ben arrives home and upon seeing Claire, he steps between the two women. He is jarred by her presence. He thought she’d be back in Hong Kong. She fills him in on living with her grandparents and tells him she’s glad they’re together. She tries to bond with Ben over how the food at Bayview was terrible and the crazies. She rambles about someone who shouted profanities at the top of their lungs. Ben asks for time alone with Ciara. Claire asks if it’s about Gwen. Claire becomes uncomfortable. Ciara asks if it’s one of her follower stans (stalker fans). Marlena arrives looking for Claire. Claire says, “Uh oh.” Marlena texts John that Claire’s okay. Claire apologizes. Marlena knows she wanted to make amends but they need to go. Ciara first shows Marlena the flyer of Gwen and says Claire knows her and won’t tell them where she is. Marlena urges Claire to tell them in case it might save Gabi’s life. Claire doesn’t want to hurt her friend but explains she’s at Bayview and that she faked a breakdown after stealing some of her ex’s things. Gwen told Claire her ex was mixed up with some bad people. Marlena takes Claire home and Ben to Bayview. 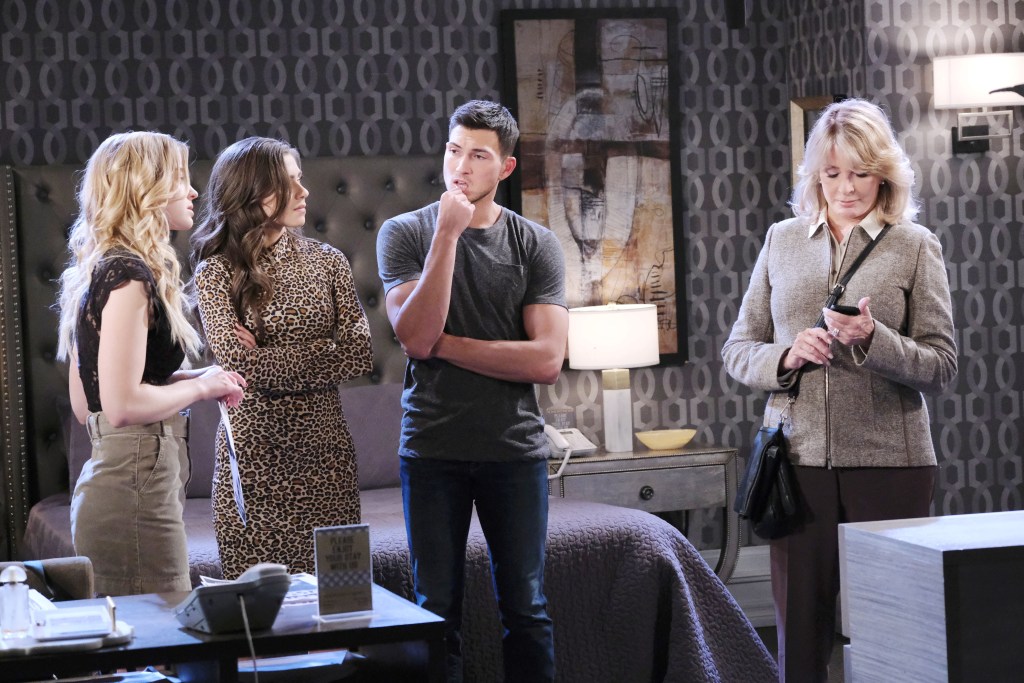 Back at SPD, Lani and Eli return to the interrogation room as Jake’s disconnecting with Jimmy. Eli asks who he was calling. Jake tells them they can’t hold him because Gabi’s not officially a missing person. He takes off.

Once home, Claire tells John about what happened at Ciara’s and John tells her not to go off on her own like that again, for her own safety.

The cops follow Jake to Salem Inn, figuring he’s their only lead to finding Gabi. Inside, Jake tells Ciara that Jimmy called and Gabi’s finished in three hours. Ciara tells him that Ben went to find Gwen.

At Bayview, Marlena tells Ben she learned that Gwen was at Bayview but she left.

On the next Days of our Lives: Gabi attempts an escape from Jimmy the goon.

Claire Pressures Ciara to Let Her...

Gwen Turns Up at Claire’s With the...