Claire Pressures Ciara to Let Her Become Her Maid of Honor, Reminding Her She Is Marrying a Reformed Murderer

Monday June 15, 2020: On Days of our Lives today, Xander has an idea of how to get into Sarah's good graces, while Sarah convinces Brady to have sex with her. 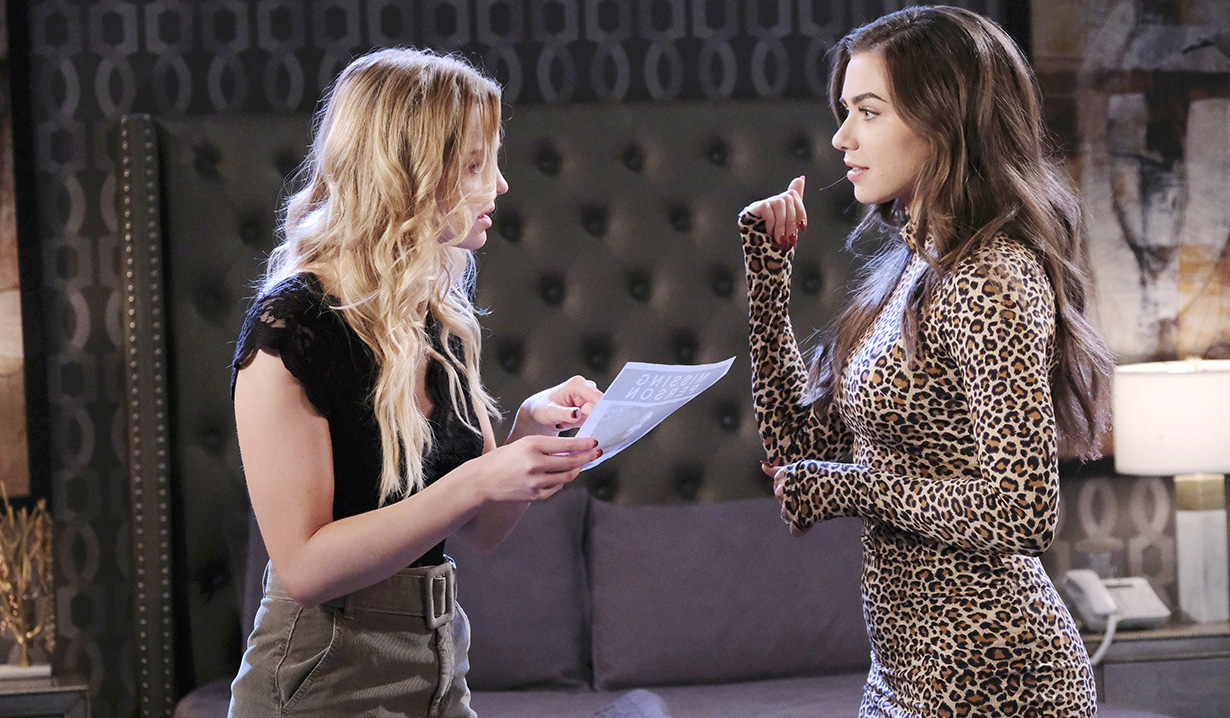 At the Kiriakis manse, Maggie confronts Xander for almost stealing Sarah’s embryo. As they discuss it, Xander says he’s tried to apologize. He wonders what would soften the blow of all this for Sarah. Maggie says the only thing she wants is to have her precious daughter back but since nothing can make that happen…Xander interrupts, “That’s it!” He hugs Maggie, calling her a genius. Later, he asks Mags if she thinks it’s a good idea. Maggie thinks it’s beautiful but can’t guarantee it’ll change Sarah’s mind about him. 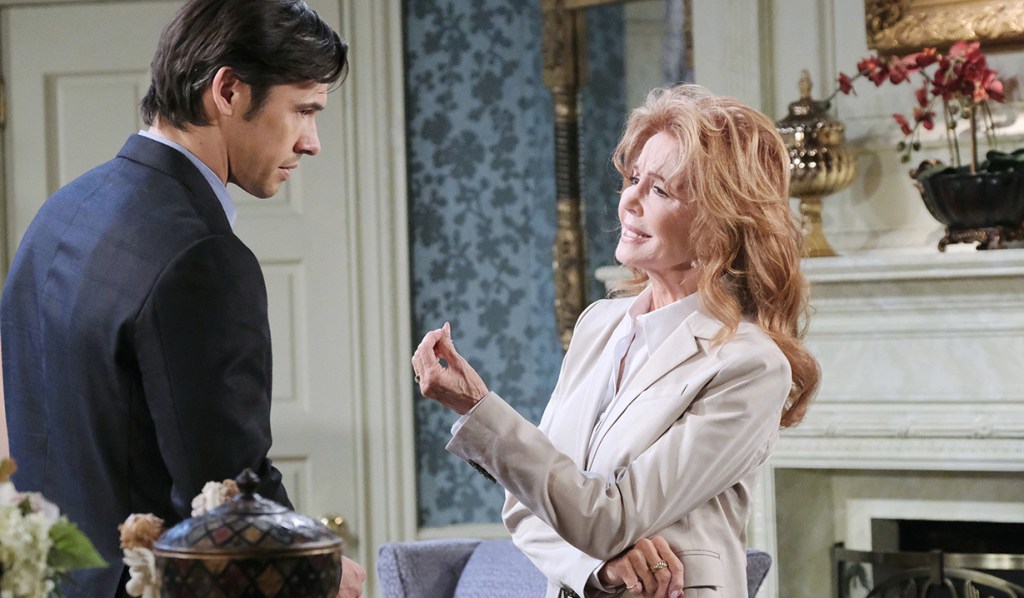 Sarah kisses Brady at the square. He pushes her away after a bit and she tells him they should have sex. Brady thinks that’s drastic. “Do we have to do that?” Sarah says he’s gotten his revenge – what about hers? She convinces him it’s a good idea and they rush into Salem Inn to have sex.

At SPD, Lani doesn’t want to look for Gabi. It’d be better if she wasn’t found. “Have you ever known anyone so ruthless and sadistic?” Eli says Gabi would never leave her daughter. Lani agrees. They go through the notes on the case. Lani says they’re missing something. They talk theories and wonder if Jake killed Gabi.

Julie sees Jake putting up flyers of Gwen and says, “It’s you!” Jake rolls his eyes. She almost passes out so he takes her to a bench. Julie’s mouth is wide open. She holds her head. Jake knows – he looks “just like that Stefan DiMera guy.” Julie tells him Stefan’s heart is beating in her chest. She fills Jake in on the entire story of Gabi using her heart and pacemaker against her, “to try to blow me up.” Jake asks why she would. He learns Gabi wanted to break up her grandson and his fiancee. The more Jake hears about Gabi the worse she seems. Julie asks about the flyer. Jake tells her they’re of his ex who has something of his. Julie asks what it is but he won’t say. She offers to help find Gwen. Jake gets a call from Lani asking him to meet her at SPD.

Ciara’s shocked to see Claire on her doorstep at Salem Inn. After a beat, she lets her aunt in. Ciara thought she’d go back to Hong Kong after her release. Claire refused because she needs to make amends to Ciara for almost burning her alive. Ciara says it’s all in the past. Not for Claire. She says they were best friends, almost sisters, which makes what she did worse. Ciara forgives Claire but Claire says she’ll never be able to forgive herself unless she can repair their relationship. Ciara has never thought of her as a psycho killer. In fact, Ciara says she hasn’t always been kind to her. Ciara has moved on. Claire says if she forgives her, “Then let me be your maid of honor.” Ciara is caught off guard. Claire says she can make sure it’s a wedding nobody in Salem will ever forget. Ciara says she just got out of Bayview. Shouldn’t she be taking care of herself? Claire wants a purpose. She tries hard to convince Ciara to say yes and Ciara says she’s just not sure. Claire says Ben killed people and she forgave him, which proves she thinks people can change. Why won’t she give her a second chance? “We’re family.” She sees Gwen’s photo in the flyer and says she knows her.

Will visits Ben at the garage. He questions him about Gabi’s disappearance again. Ben lies that he knows nothing. Will apologizes for not trusting him. It’s a tough time. They shake hands. Will is grateful for their friendship. Ben feels the same and asks Will to be his best man. Will is astounded. Ben says they bonded in that prison cell. Each says they saved the other. Will accepts and the men hug. Will asks if they would consider kids. Ben assumes they will so Will reveals he and Sonny want another. Ben reveals that Rafe lost custody of David, which upsets Will. He’s sorry. It must be hard for Rafe and David – and Ben. Kids can sense when something is wrong. Ari’s been sad because Gabi’s not around. When he says the police are looking for her, Ben looks worried.

Jake arrives at SPD. Lani and Eli ask what he knows about Gabi’s disappearance. Jake lies.

On the next Days of our Lives: Eli & Lani demand the truth 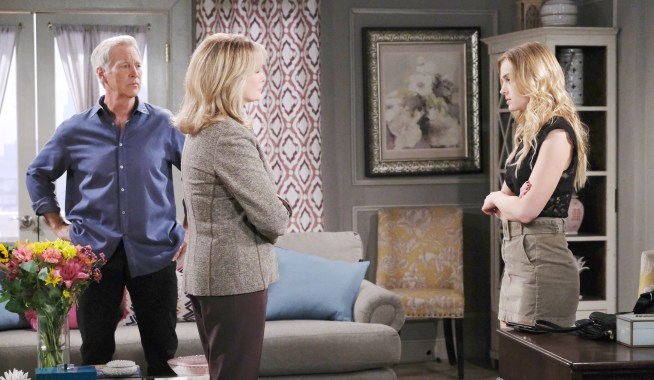 After Lying About Where She Got the Save the Date Card, Claire Sneaks Out of the Townhouse 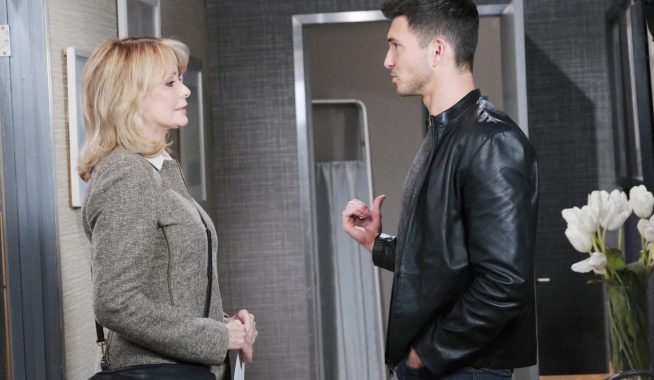