After Lying About Where She Got the Save the Date Card, Claire Sneaks Out of the Townhouse

Friday June 12, 2020: On Days of our Lives today, Xander gets advice from an unlikely source, Sarah kisses Brady, and Lucas learns Allie is pregnant and has a fit. 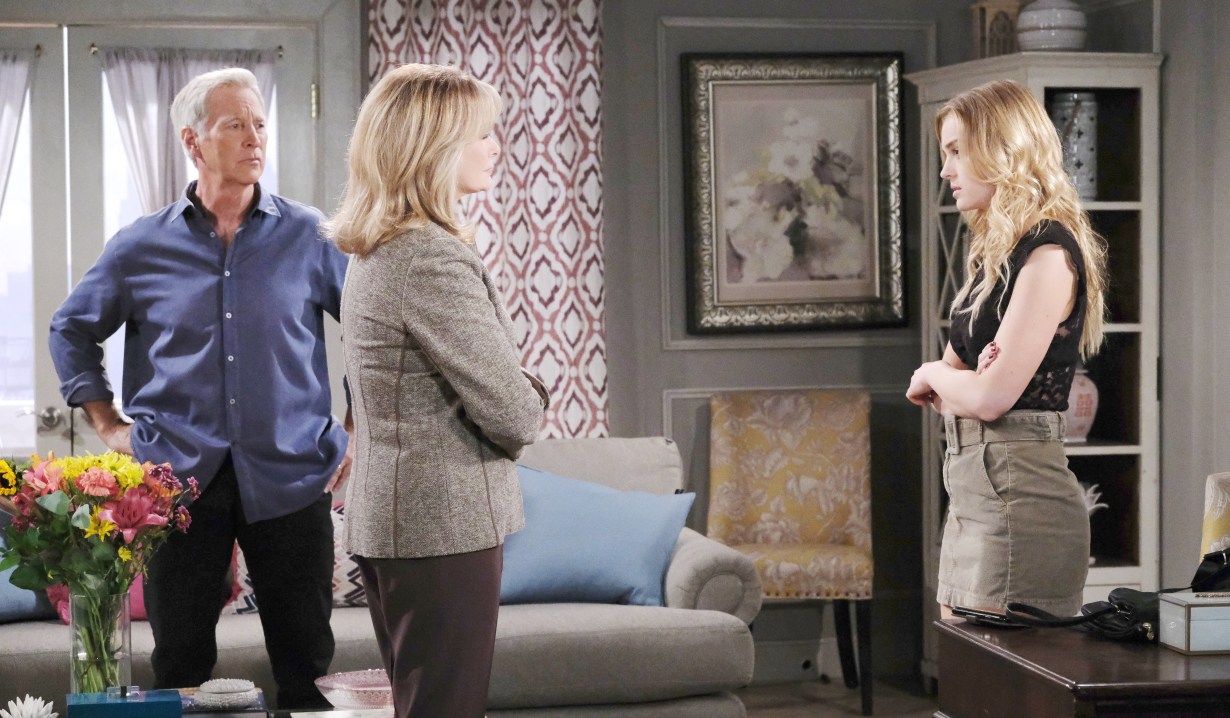 Xander follows Jack into the pub. He wants to take out a full-page ad in his newspaper that reads, “I’m sorry.” Jack grins. Is he addressing the entire town? Xander grumps that he doesn’t give a damn about the entire town. It’s for Sarah Horton. Jack doubts she’ll respond to this. He advises to let the lady go. Xander will never give up on Sarah. Besides, why should he listen to Jack? He dumped his wife and kids several times. Jack assures Sarah will see this as an empty flashy gesture. Xander asks what he should do, remembering they were friends in Nashville. Jack says he held the key to his locked room in the warehouse. That doesn’t make them friends. Plus, he sold him to Eve. “You two had a good run,” Xander says. He talks about the baby swap and how he did it to protect Sarah. Jack knows that it’s hard seeing someone in pain. He thinks Xander should give Sarah time. Xander thanks Jack for the advice. “We should do this more often,” he says. Jack appreciates him getting him through that locked door. Maybe they should.

More: Why Dr. Mike Horton needs to return to Salem 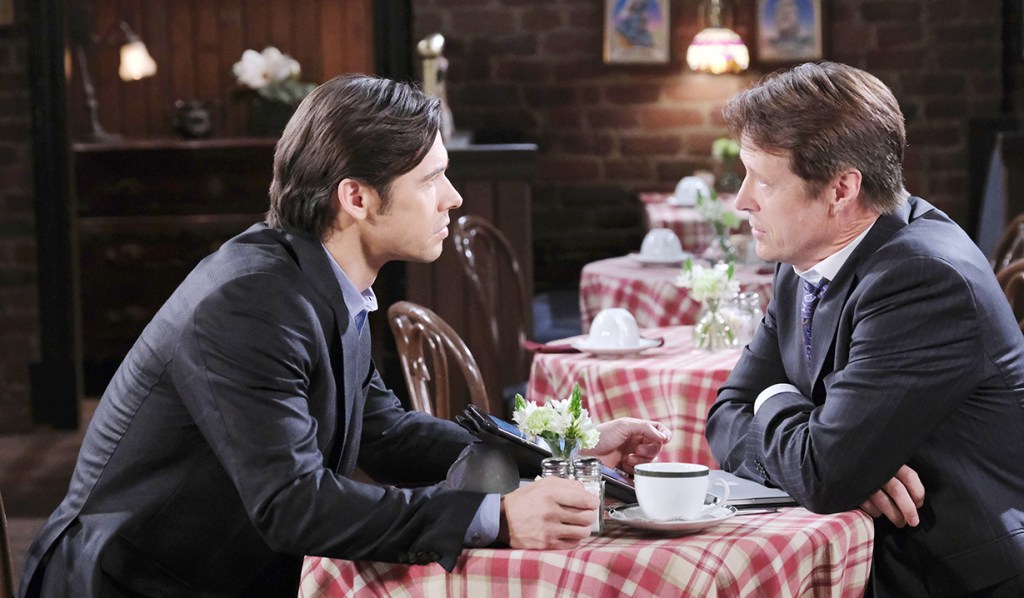 Maggie and Sarah embrace at the mansion. They take tea and talk about what was stolen from them by Victor and Xander. Maggie thinks that “in their misguided way, they were just trying to protect us.” Maggie says Xander is lost without her. Sarah reminds her of how lost Sonny was without Will for a year. Sarah tells her about Xander almost taking her embryo for Kristen. Maggie says she can’t believe this and then says Kristen’s done it before. She likely didn’t give Xander a choice in this. Sarah was about to forgive him for the baby swap until she heard about him almost swapping embryos. Maggie doesn’t think she should be hanging around Brady who goes dark when bad things happen to him. Sarah scoffs. Later, Xander appears when Maggie’s alone. He asks for her help. She says, “After what you did?” 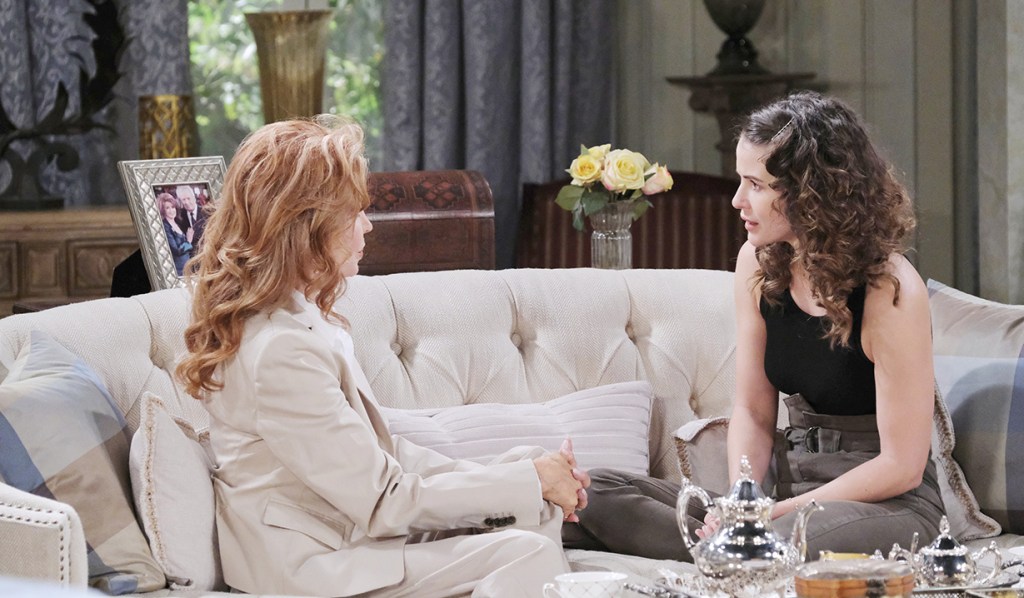 At home, as Eric and Nicole try to get Allie to tell her parents about the baby, Lucas and Kate arrive. Allie worries that if they see her bump, her life is over. Eric has to let them in. He does so and Lucas blows up. Why didn’t Allie tell them where she was? Why did she run away from her mother? Allie couldn’t live with her mother. Kate gets it. She offers to put her up at the mansion. Allie says Uncle Eric is allowing her to stay there. Lucas thinks there’s more going on, so Allie reveals she’s pregnant. Lucas almost passes out and wonders “Who is the SOB that got you pregnant, damn it!” Eric calms Lucas down. Lucas apologizes. He didn’t know she had a boyfriend and thinks he needs to know. Allie says to stop talking that way. She’s not even sure she’ll keep the baby. Lucas has a hard time wrapping his head around that thought. Kate calms Lucas down and though he won’t keep this from Sami, he and Kate leave, agreeing to return tomorrow. 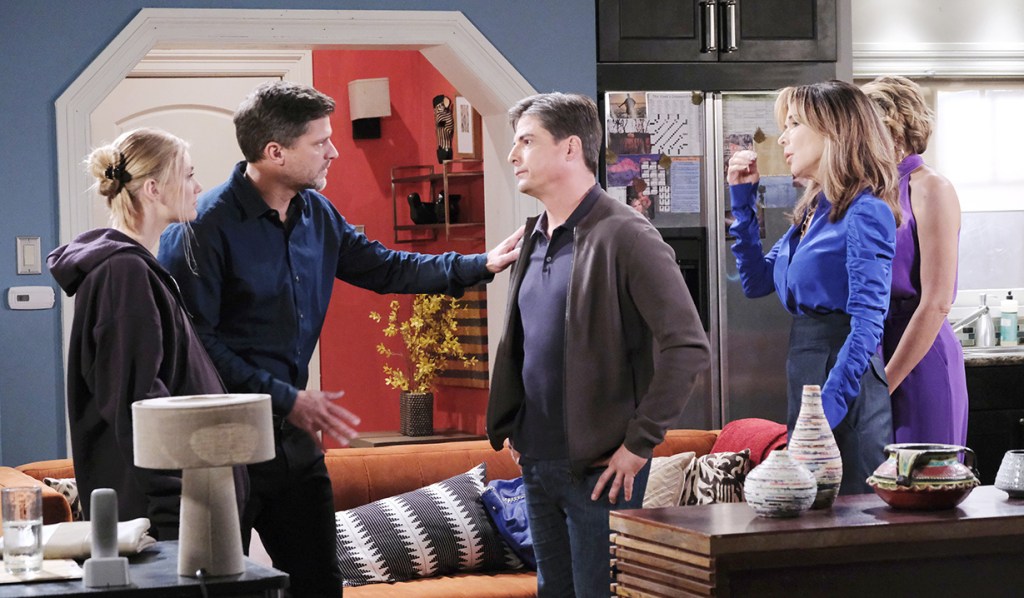 At the square, Ciara talks to Ben on a call about visiting David and about Gabi’s whereabouts. Later, she runs into Brady and confronts him about throwing out her proposals for the Asian division of Titan. Brady acts innocent but Ciara saw them. She sees him selling off parts of the company and after all Xander and Victor did to him, she thinks Brady’s trying to destroy Titan as payback. Ciara’s worried for those whose lives will be ruined in the process. Brady understands. She agrees not to tell anyone – only if he takes another look at her proposals. She jams them in his hand. He can’t believe she’s blackmailing him. Ciara goes and Sarah appears. She tells Brady about Maggie telling her not to have a relationship with Brady. They need to make changes. She grabs him in a kiss. 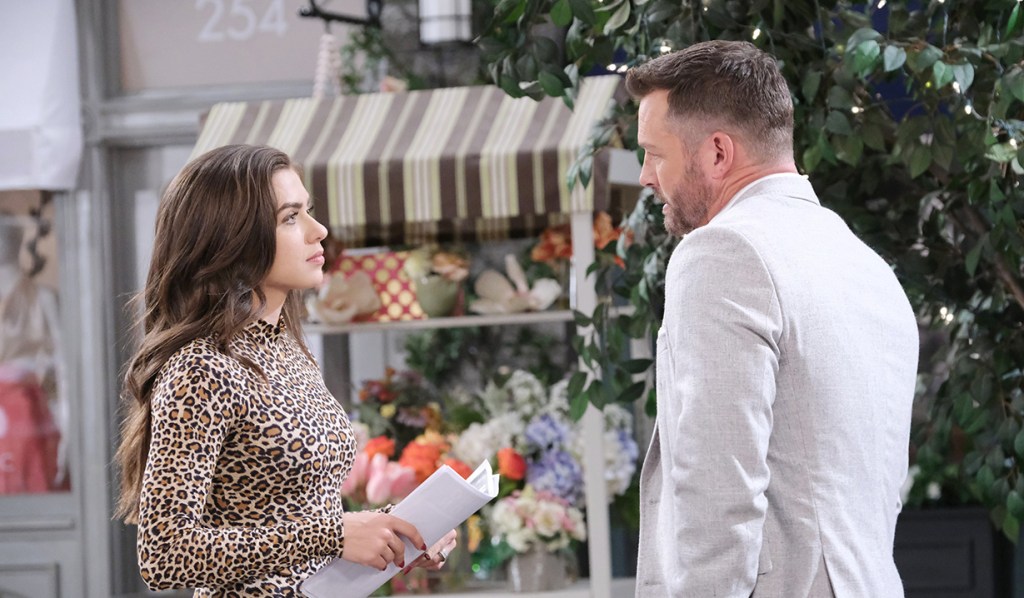 Shawn picks up Claire from Bayview. Belle’s in court and signing off on her release. Thrilled, Claire and Shawn take off.

John’s excited for Claire’s arrival. Marlena says Kate called and learned Allie’s in Salem and realize she must be with Eric. Shawn and Claire arrive. There are hugs all around. Marlena goes to make up the bed while John flits around her. Shawn takes off and John wants to play Uno. Marlena returns with Ben and Ciara’s Save the Date card and questions why Claire has it. Claire lies that her parents gave it to her. Claire is happy for Ciara and Ben and says she wants to be Ciara’s friend one day. Marlena thinks that it will take time if it happens at all. They play Uno and Claire wins. She goes to lie down and Marlena calls Eric and learns Allie’s there. Shawn returns.

At Salem Inn, Ciara talks to Ben on a call about putting up flyers of Gabi. She disconnects when Claire shows up.

Julie is stunned when she sees Jake Lambert.

Get soap opera news, spoilers and interviews in your inbox once a day with Soaps.com’s new newsletter. 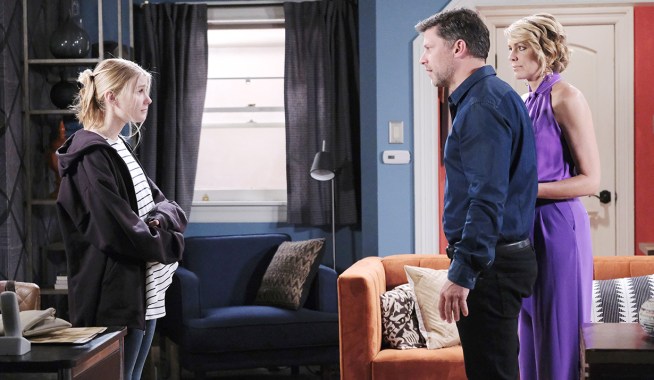 Allie Hasn’t Decided What to Do About Her Pregnancy, While Will and Sonny Learn They Were Turned Down by an Adoption Agency

Claire Pressures Ciara to Let Her Become Her Maid of Honor, Reminding Her She Is Marrying a Reformed Murderer 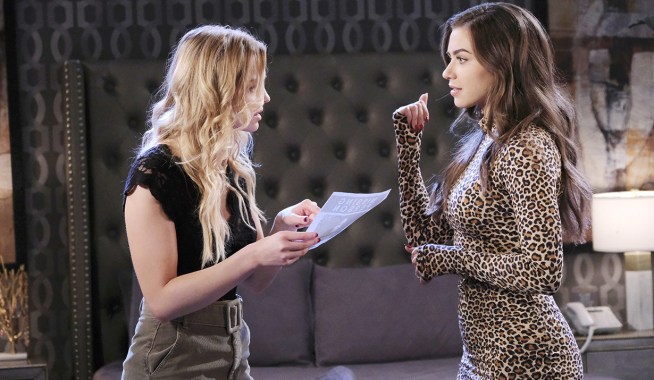 J. Lo & Ben Affleck Seen At Hospital After His Mom’s Rushed There Before Rehearsal Dinner