Lucas Confronts Kate About Allie Who Turns Up At Eric’s, Pregnant

Wednesday June 10, 2020: On Days of our Lives today, Justin and Kayla set a wedding date, Allie turns up pregnant in Salem, and Rafe loses custody of David. 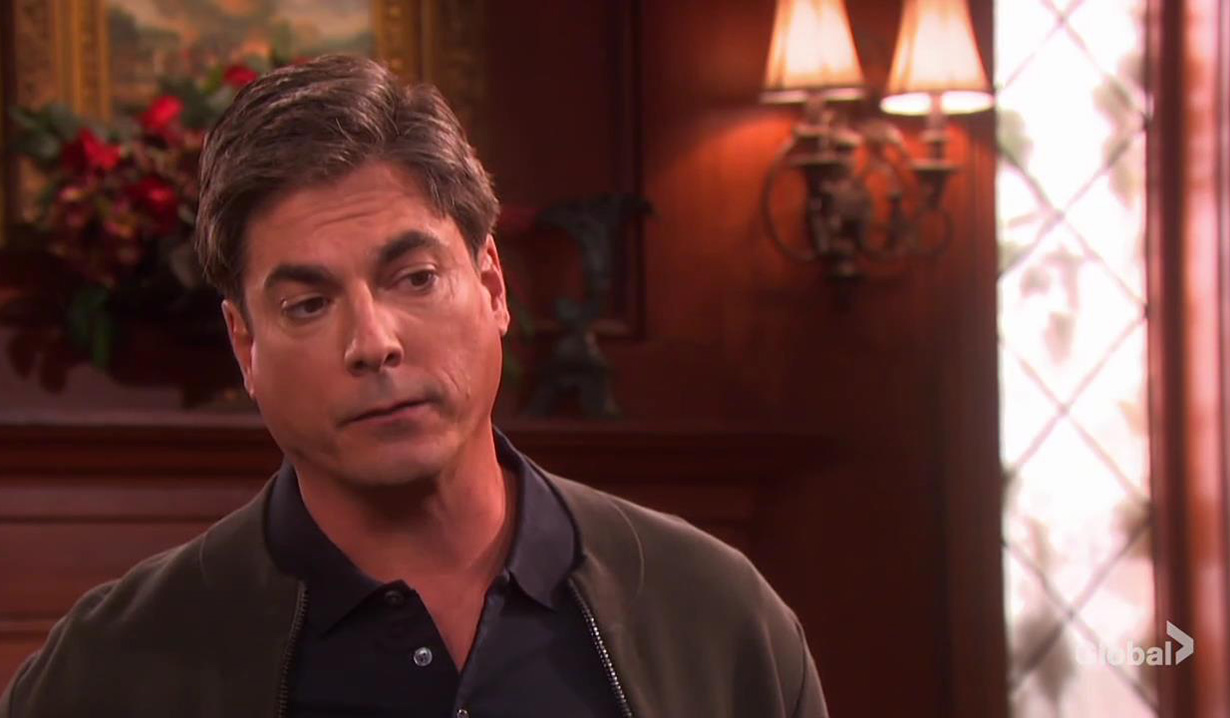 Eric answers the door to Sami’s daughter, all grown up Allie Horton, played by Lindsay Arnold. Eric is surprised to see her. She greets Nicole and says her return was last minute and asks to crash there for a while. She was living in London and her mom wanted her to move back to Italy but Allie’s an adult. She complains that Sami cut her off and tried to drag her ass home from London, which is why she’s there. Eric asks how she bought the plane ticket. Allie has her ways. She goes to the washroom while Nicole says she thinks there’s more to what Allie has told them. They agree they’ll let her stay with them either way. Eric tells Allie to call her mom and makes rules – there’s no partying. Allie’s not into partying. She opens her hoodie and reveals a pregnant belly. 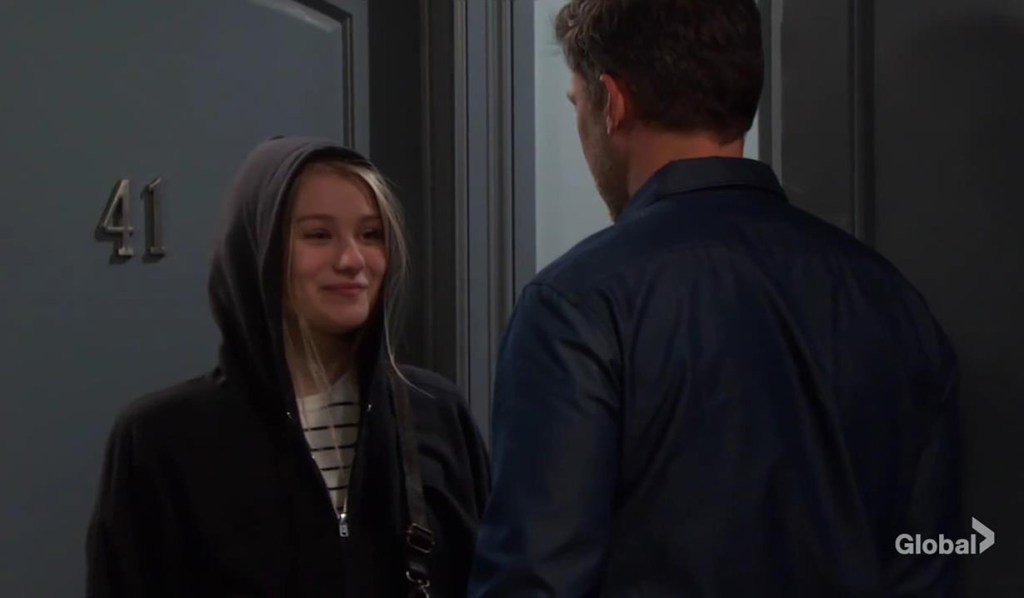 Kate visits John at the townhouse. She needs a favor. She wants him to talk sense into Steve and Hope. John squints at her. He can’t force them to change their minds about receiving the honor at the square. Kate says she’s offering a cash reward for Orpheus’ apprehension. John says maybe he’ll talk to them. Frustrated, Kate leaves and runs into Marlena on the way out. John laughs at Kate and learns Claire is moving in with them. John’s thrilled.

Kayla leaves a message for Justin to meet for lunch. She disconnects and runs into Steve. He thanks her for helping him last night and apologizes. She tells him it’s fine. He did the same for her once. She flashes to Steve carrying her into her room and making out on her bed before Steve stopped things. They both grin. She asks why he got drunk. He lies that there was no reason. 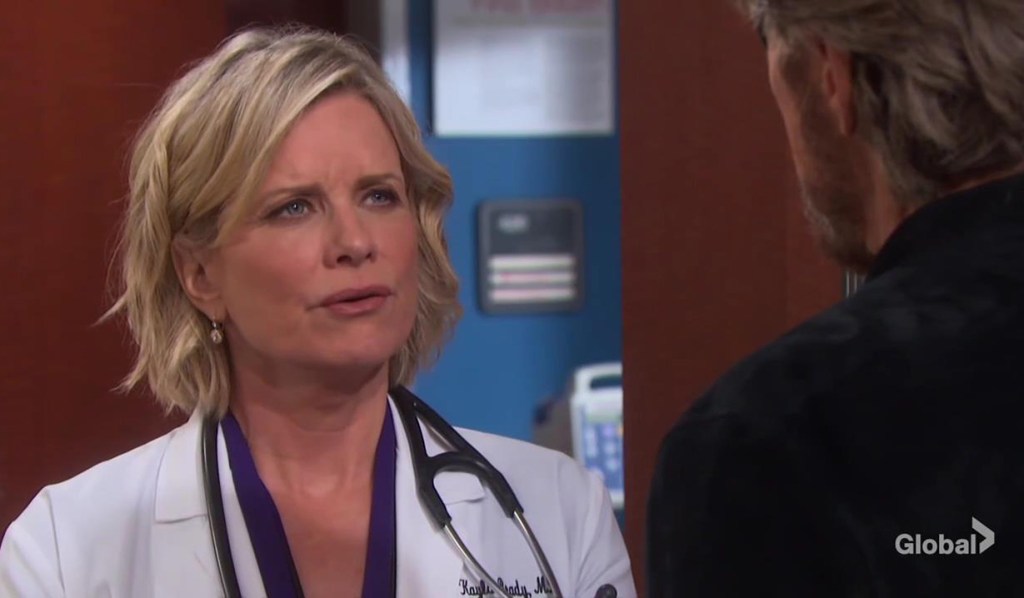 In the square, Rafe paces and gets anxious about the custody case. Justin appears and reveals that the judge awarded custody to Zoey. The judge felt that Zoey was forced to follow Orpheus’ demands. Rafe’s beside himself and Hope’s upset. Justin says he has to relinquish custody immediately. Rafe has trouble breathing and shouts, “This can’t be happening.” The ruling is final. Since Jordan’s dead, Evan made it clear he wants Zoey to raise his son. Rafe becomes emotional. Justin’s sorry. He goes and Rafe wonders how he could say goodbye to his son. “What is going on?”

Rafe arrives home with Hope. He goes upstairs to tell David as she packs up the boy’s toys. Zoey arrives and Hope begs her not to take David, sharing that he’s wanted to be a father for years. Rafe appears with David. He tells the little guy that he’ll have fun with his aunt and her son. Rafe will call and visit. He tears up and hugs his son. Hope takes David out of the room while Rafe tells Zoey about David’s favorite book. He tears up and Zoey says she’s finding no pleasure in this. He can visit anytime he wants. She only lives a few hours away. She promises to love him like her own son. She tries to hug Rafe but he turns away. She whispers ‘sorry’ and goes. 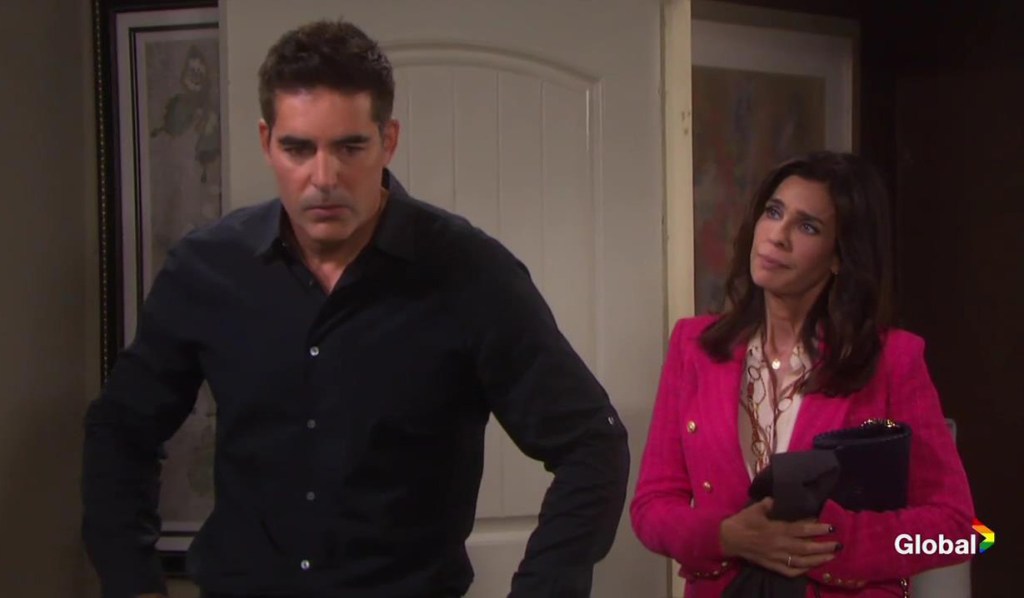 Justin arrives at the hospital for lunch with Kayla and finds her with Steve. Steve leaves and Justin is shocked she found him drunk and put him to bed. Justin is a little jealous. He tells Kayla about Rafe’s bad luck with David. 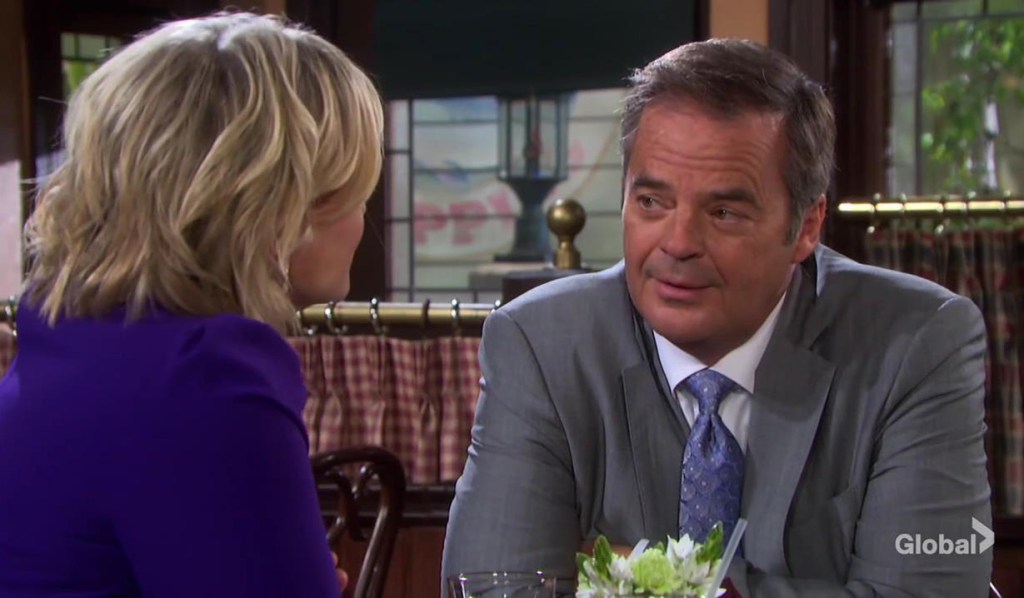 From the DiMera mansion, Kate finishes a work call when Lucas shows up. Kate’s happy to see him and calls him sweetheart. Lucas is angry, “Don’t sweetheart me.” He says he flew in from London where he tried to visit Allie. She’s having problems and he and Sami went to get her but she was gone. He reminds his mom that Allie was partying too hard and shopping too much so they had to cut her off. He assumes Kate gave her money. Kate admits she helped her granddaughter out a bit. Lucas blames her for getting into trouble because of it. Kate says she thought the money was for food and rent. Kate thinks Lucas is being too hard on her. Lucas disagrees. He brings up Sami and says she’s back in Italy since EJ had another setback. Kate admits she gave Allie her credit card. Lucas explodes. He asks her to go on the computer and find out where she is according to what she has spent. Kate learns Allie bought a Birkin bag and a plane ticket to Salem.

Steve catches John on his way to get flowers for Claire. He tells Steve she’s moving in. Steve’s happy to hear. They take off together.

Kayla and Justin dine at the pub. He’s despondent over Rafe’s custody case so they talk about setting a wedding date. Kayla cringes a bit since she and Steve married in July.

At the square, John purchases flowers and Steve tells his friend that Justin and Kayla are engaged but he doesn’t want to discuss it. He wants to come back to work at Black Patch. John’s happy to hear. He can’t live on reward money forever. Steve’s confused. John tells him about his discussion earlier with Kate. Steve says Kate never gives up. John convinces him to “take the damned key!”

Back at the pub, Justin and Kayla finally decide on July 10 as a wedding date as Steve appears.

Allie pleads with Eric and Nicole…

Get soap news, spoilers and interviews in your inbox daily with Soaps.com’s newsletter.

Ben Keeps the Truth About Gabi’s...

Allie Hasn’t Decided What to Do...