Tuesday June 9, 2020: On Days of our Lives today, Eric and Nicole plan surprises, Rafe and Hope discuss Gabi, and Ciara lashes out at Jake. 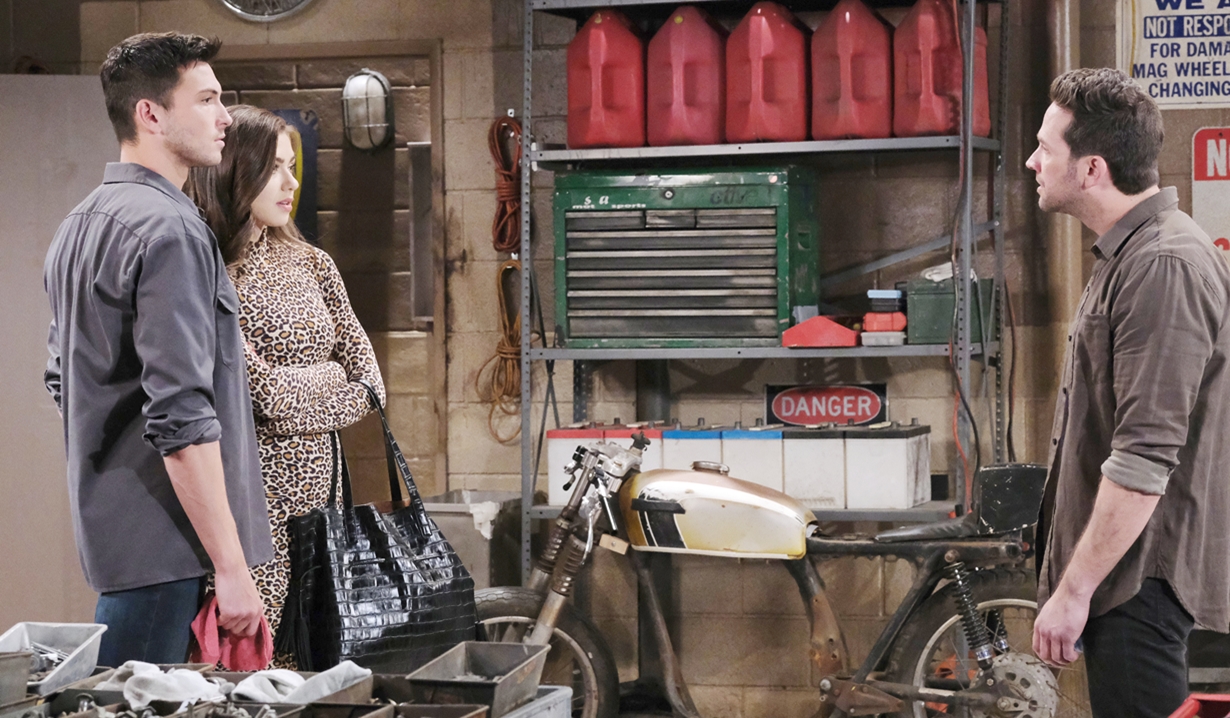 At the townhouse, Nicole tells Marlena she wants to surprise Eric by inviting Sami to their wedding – it would make her groom happy if his sister was there. Marlena’s surprised. Nicole knows it’s strange, but she’s not the same woman who stole Sami’s baby. Marlena agrees and will help her. 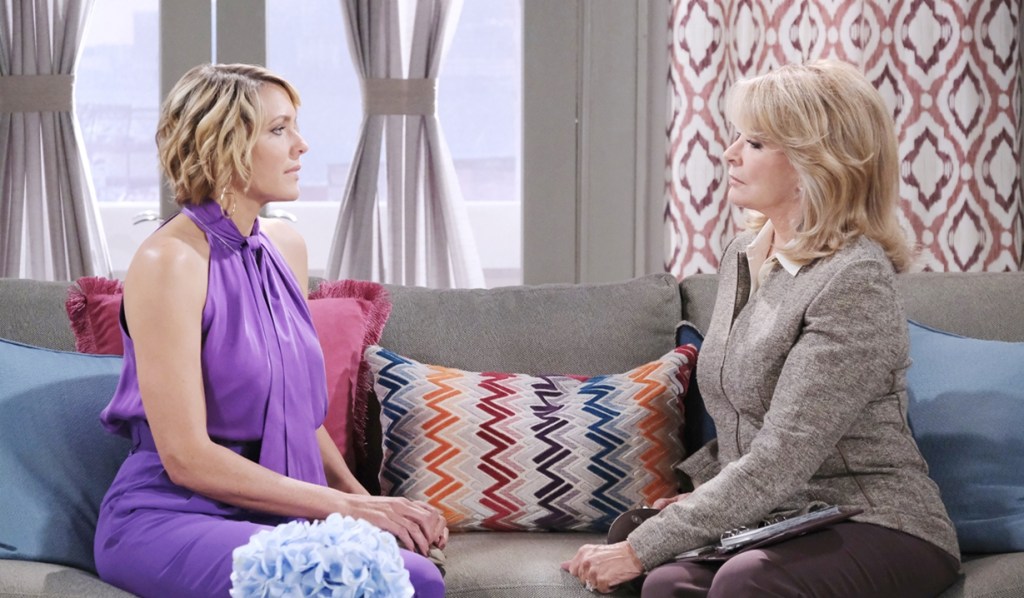 Abe arrives at Eric’s place and is stunned when Eric asks him to marry him and Nicole today. Abe warns people may not be available on such short notice. Eric just wants to be husband and wife – he can’t wait any longer. Nicole arrives and is speechless when Eric reveals Abe’s there to marry them. As he enthuses, Nicole informs him it’s not going to happen. Abe leaves. Eric asks Nicole why she won’t marry him today. Nicole replies, “Sami.” He’s surprised to learn she’s inviting his sister but is truly touched. Nicole assures him any grief Sami gives her will be worth it to see her face when she calls her ‘sister’. Suddenly, there’s a knock. Eric opens the door and says, “Oh my God.” 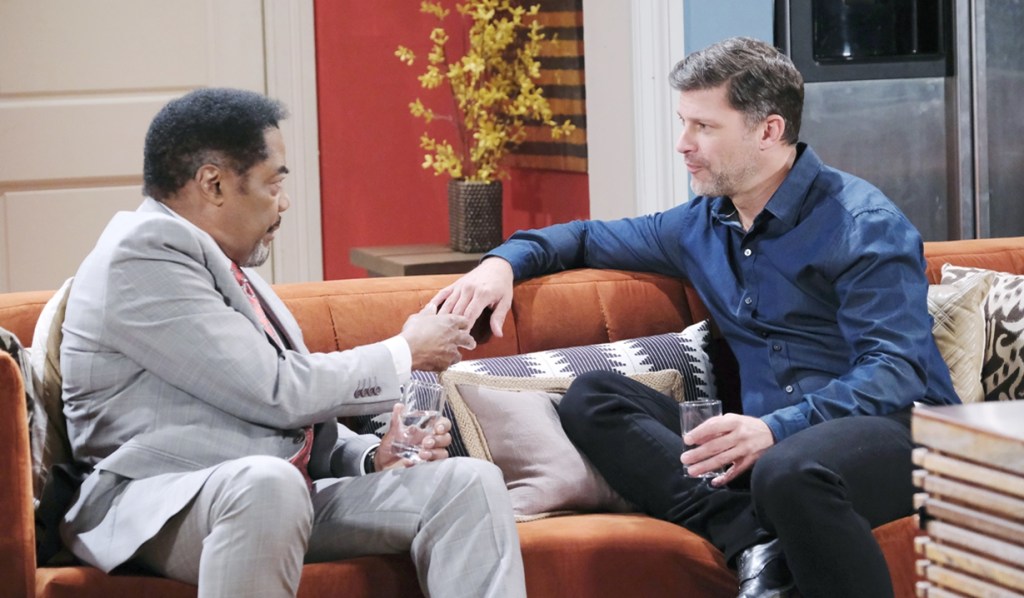 At the institution, Claire tells Belle and Shawn there’s no way she’s going to Hong Kong with them. She flashes to Ciara’s Save the Date card and says she needs to stay in Salem. Belle and Shawn balk at moving back. Claire argues that she needs to make amends. Belle and Shawn let it slip Ben and Ciara are engaged. Claire gushes she’s happy for them. She wonders if she and Ciara could be best friends again. Shawn urges one step at a time. Claire begs to stay in Salem…she can live with Grandma. Shawn and Belle aren’t sold but will ask her. 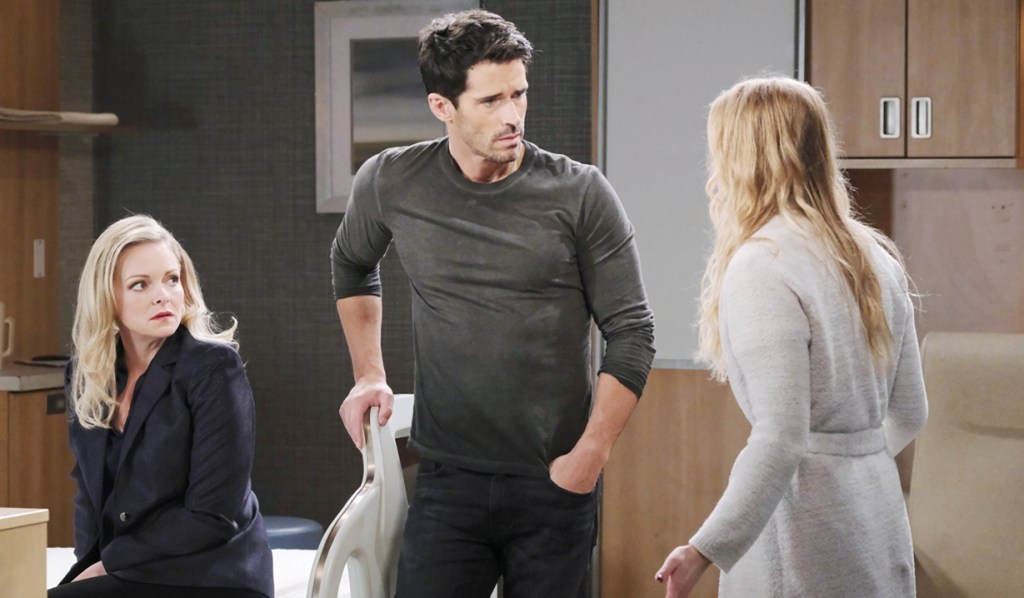 In the square, Hope senses Ciara’s tense. Ciara flashes to panicking to Ben about Gabi’s kidnapping. Rafe appears and raves about Hope testifying yesterday. Ciara hopes Rafe gets to be David’s guardian. Rafe mentions Gabi was to meet him for breakfast – have they seen her? Ciara hasn’t, and recalls Ben warning her not to involve the cops. Rafe worries he can’t help Gabi if she disappears on her court date. Ciara rushes off. Rafe and Hope agree she’s acting strange. Hope thinks it’s about Claire being released. Rafe talks about Gabi’s suspicion she was set up by Rolf. Hope wouldn’t put anything past him. Rafe reminds her Rolf was locked up. Hope thinks he could have had help. Rafe gets a call from Justin – the judge has made a decision on David’s custody.

At the garage, Will and Sonny ask Ben if he knows where Gabi is as Jake grimaces. Will and Sonny go over Gabi being well-intentioned by trying to inject Jake and stealing his toothbrush. Jake hopes she’s cleared, but wants them to search for her elsewhere. Will asks Ben to let them know if he hears anything. After they leave, Ben stresses to Jake they’re running out of time – Ciara’s worried and so is he. Jake reiterates they can’t call the cops. Ben wants to know his boss’ plan. Ciara enters – she doesn’t want to keep the secret anymore and explains Rafe is suspicious. Jake warns if she tells she’ll have Gabi’s blood on her hands. Ciara shouts as Ben gets in between her and Jake. She wonders if Jake’s afraid of Gabi’s blood being spilled…or his. Ben agrees Rafe could help. Jake insists they have to find Gwen and trade what she has for Gabi’s life. They’ll give her another couple hours to call back, then bring Rafe into this. 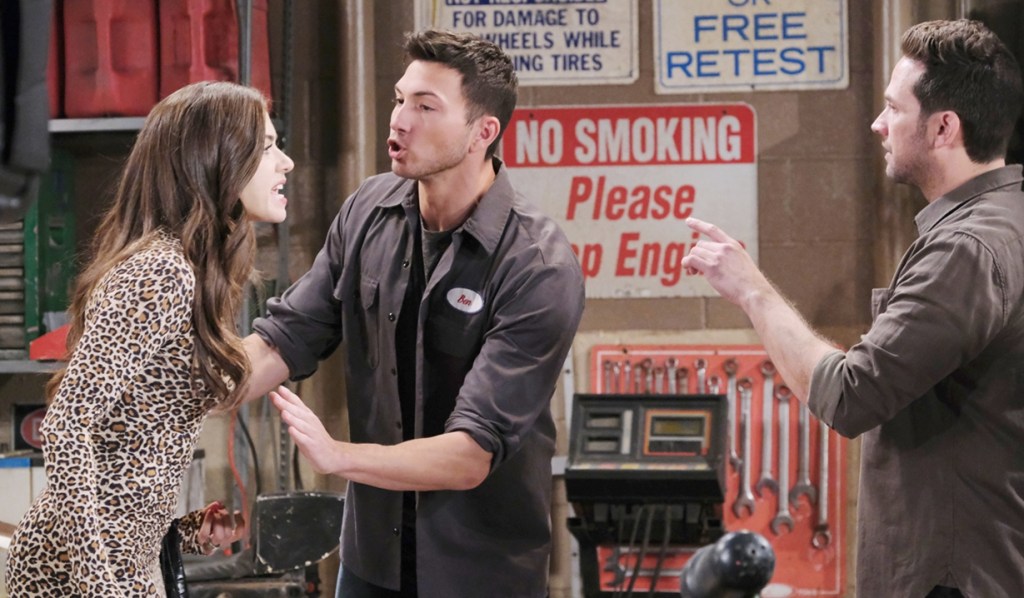 At the DiMera mansion Kate arrives as Jack is telling Jennifer that Abigail is doing well. She asks them to pass along her well wishes, then wants to meet about press coverage for the key to the city award. Jenn thought that Steve and Hope were ambivalent about it. Kate needs their help with that – in support of Abe. Jenn broaches that it’s complicated for Steve and Hope. Kate thinks they can put an end to their guilt and self-loathing and gets pushy about Jenn and Jack convincing them to accept ‘the damn key’. Jenn argues they have reasons for not accepting it – she and Jack will respect their boundaries. Kate will find someone with the guts to tell Steve and Hope they’re fools. She’ll make it happen.

Outside Brady’s Pub, Sonny worries to Will that Gabi decided to run. Will reminds Sonny she’s innocent. Sonny agrees – she’d stay and fight. Will wonders if she didn’t run off, then where is she? They speculate whether Jake could be Stefan. Will got a vibe from both Jake and Ben – they knew something about Gabi.

More: Is Gabi a bad girl we can root for?

At the townhouse, Belle and Shawn ask Marlena what she thinks of Claire staying there. She sees the benefits and believes it would be okay with John, but wonders if it’s okay with them.

Will and Sonny arrive at the Salem PD and tell Abe that Gabi’s missing and may be in trouble. 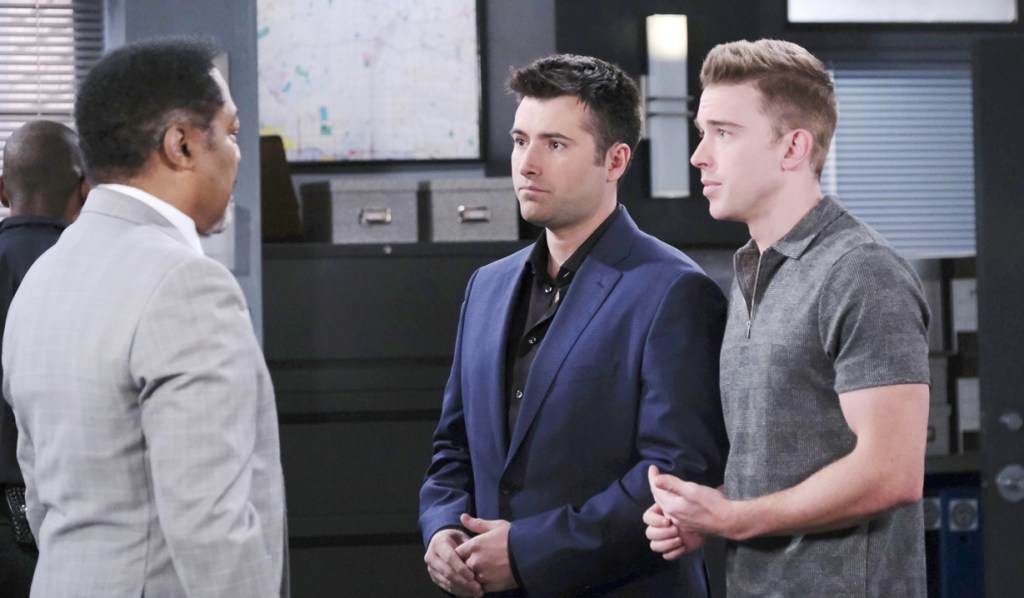 At the institution, Claire’s overjoyed when Marlena says she’s going home with her.

Kayla has questions for Steve.

Claire’s Happy to See Shawn and...

Lucas Confronts Kate About Allie Who...