Friday June 5, 2020: On Days of our Lives today, Claire talks to another patient about her state of mind, Ciara and Ben learn of Gabi's kidnapping, and Steve dreams of Kayla. 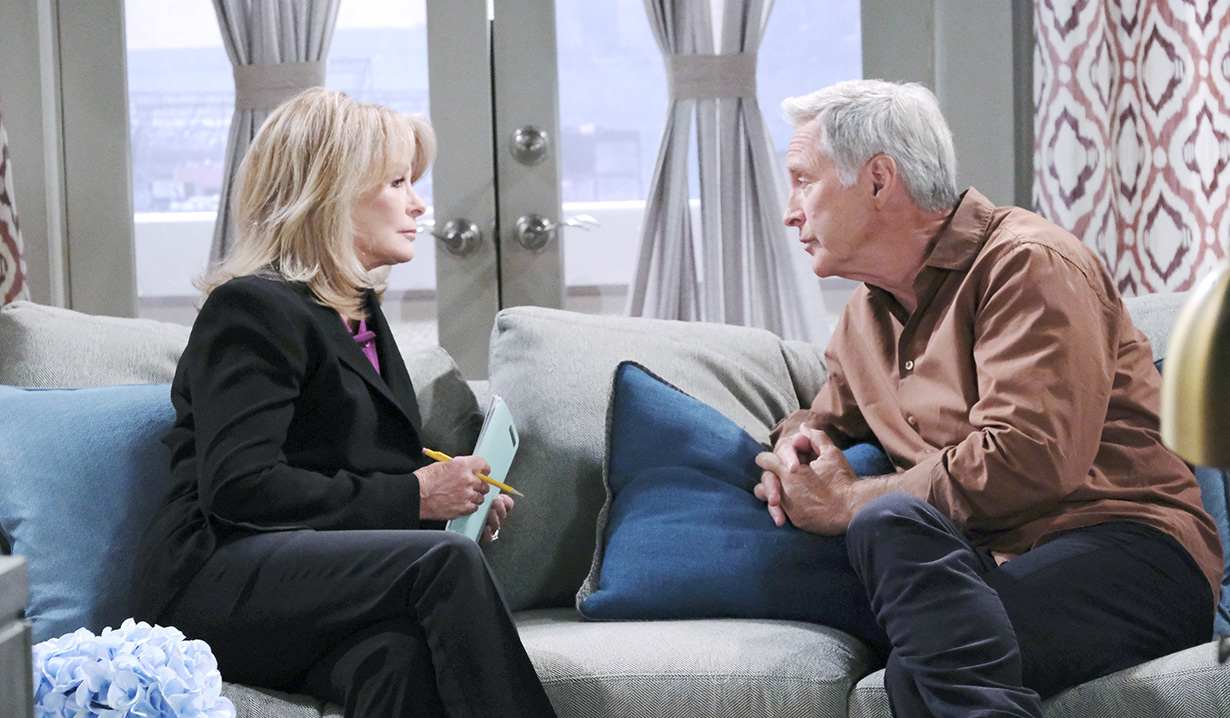 At home, John tells Marlena that after visiting Brady, he is positive their son is up to something at Titan. He tried to find her to tell her. Marlena reveals she saw Claire who thinks she’s ready to be released from Bayview. Marlena spoke with her doctors and they suggested a supervised leave. John asks if it’s too soon but Marlena asks his opinion. She hands over Claire’s confidential file. John opens and closes it. He feels she’s his little buddy again. She’s affectionate and seems to want to make amends. Excited, Marlena agrees and hopes she and Ciara can resume their friendship at some point. Marlena does wonder if Ciara’s engagement to Ben could trigger her. John reads her patient file as they talk about Claire possibly being jealous that Ciara has a bright future and she has been in a mental health facility. They agree she can stay with them – Marlena says they’ll have to parent her.

At Bayview, Claire sings the Wedding March as she looks at the Save the Date card for Ben and Ciara’s wedding. A woman appears in the doorway. She has a British accent and asks Claire to sing for everyone. She loves her voice. Claire’s grateful but isn’t sure the other residents like it. The woman picks her ear and says everyone there is a “bloody whack job.” She inquires about the Save the Date card and Claire reluctantly tells her who they are. Claire says she and Ciara were BFFs until a falling out. The other patient realizes she’s the one Claire tried to torch. “Even after you tried to kill her, she still invited you to her wedding?” Claire says no. She saw it in Dr. Morris’s desk and “sort of borrowed it.” Morris was Ciara’s fiance’s old shrink so he likely invited him. The patient asks if she’s going to crash the wedding. Claire yells, “No!” She wants to be one of her bridesmaids or the maid-of-honor. She wants Ciara to see she has changed and boasts that she may be released soon if things go her way. The patient wonders if Claire has something up her sleeve. 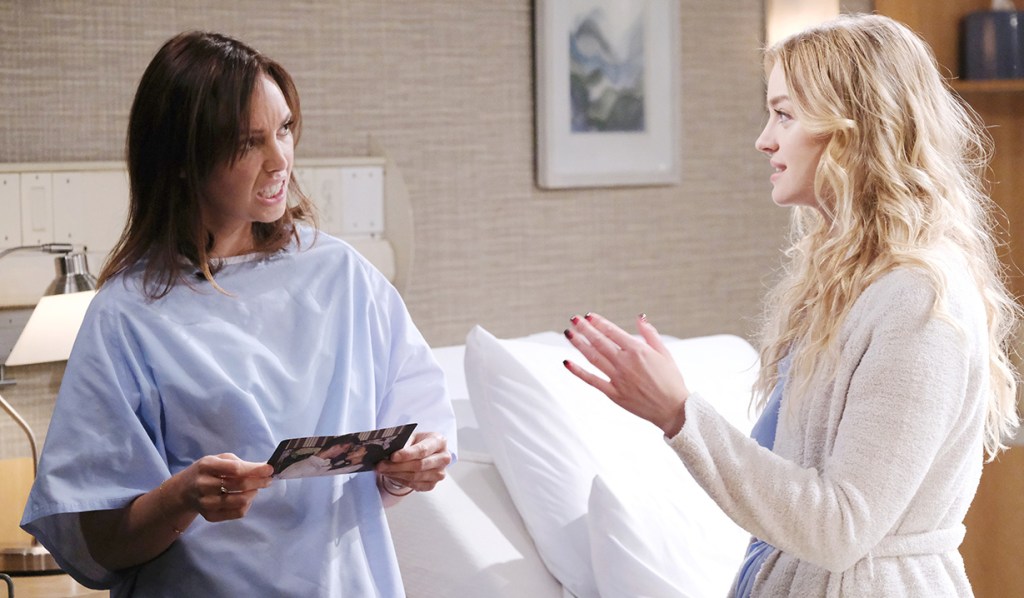 In bed at Salem Inn, Ciara has Ben looking at wedding attire. He groans. Does he have to wear a tux? Ben doesn’t fit into all the traditions she has. He’s not going to ask Will to be his best man. He can’t do that to Will. He suggests he ask Jake, which Ciara scoffs at since they barely know each other. She thinks about Claire and how they were BFFs once. Ben worries. She already has “one ‘cuckoo’ in your life and that’s me.” (He makes a whistling sound to replace ‘cuckoo’.) Ciara knows. She jokes that she’ll hire a maid-of-honor.

At the DiMera mansion, Jack argues with Jenn that Steve isn’t letting go of Kayla just yet. Jenn knows they’re soulmates and thinks Kayla deserves to know how Steve feels but Jack says Steve doesn’t want to burden her with the knowledge of how he feels. Jennifer decides she’ll tell Kayla the truth!

More: Why Orpheus makes a good villain for Days

Kayla walks into the pub and watches Steve pound the drinks back. She says hi and he smiles. “Sweetness, hello.” He’s happy to see her. There’s something important he needs to say. He congratulates her on her engagement and offers to buy her a drink. She can see he’s “hammered” and asks what’s wrong. Steve flashes to Jack urging him to tell Kayla he wants her back. He tears up and hugs Kayla. Everyone gawks.

At the garage, Jake receives a text from the thug that kidnapped Gabi. They have something of his and now they want what’s theirs. “Damn,” he whispers, looking at a photo of Gabi tied up and gagged.

Kayla takes Steve home to Hope’s. He lets Kayla know he loves her. “Don’t do this,” she warns. Steve continues. He wants her back. Kayla loves him too and admits she let things get serious with Justin because she thought he didn’t love her anymore. They make out until Hope wakes him up. He was muttering in his sleep. Kayla just left. Steve looks downcast. He tells her about his dream. 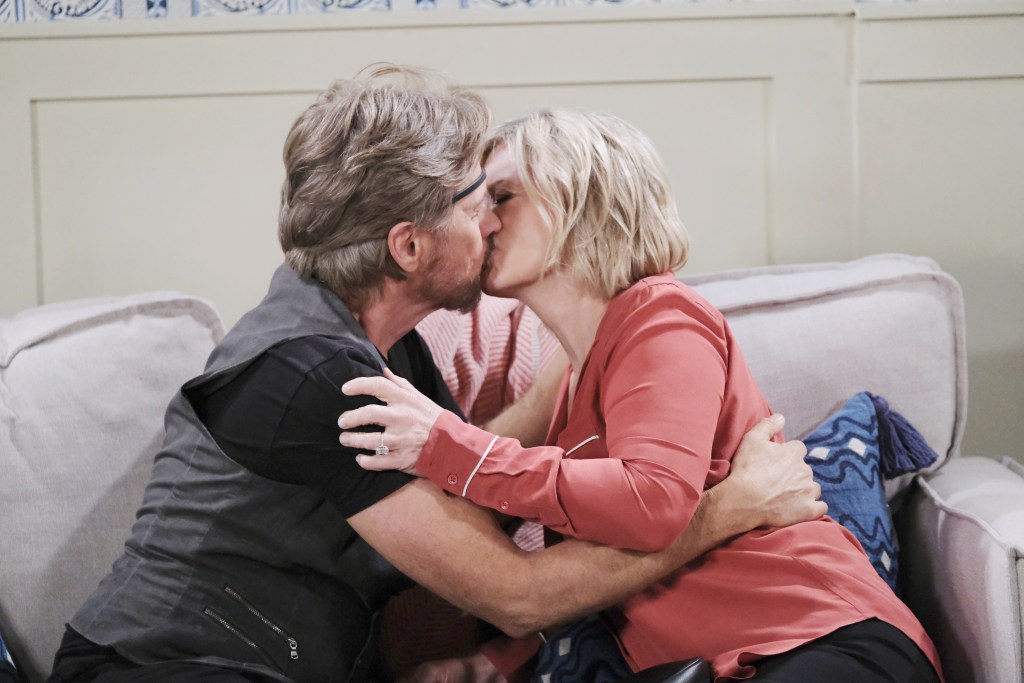 Jake arrives at Ben and Ciara’s. He quickly tells them Gabi’s been kidnapped by the thugs after what he stole. They look at the text of Gabi and worried, Ciara wants to call Rafe. The guys are against it so she agrees to try to find Gwen and Gabi. Jake shows a photo of her. She’s the patient, (played by Emily O’Brien), that Claire is friendly with in Bayview. 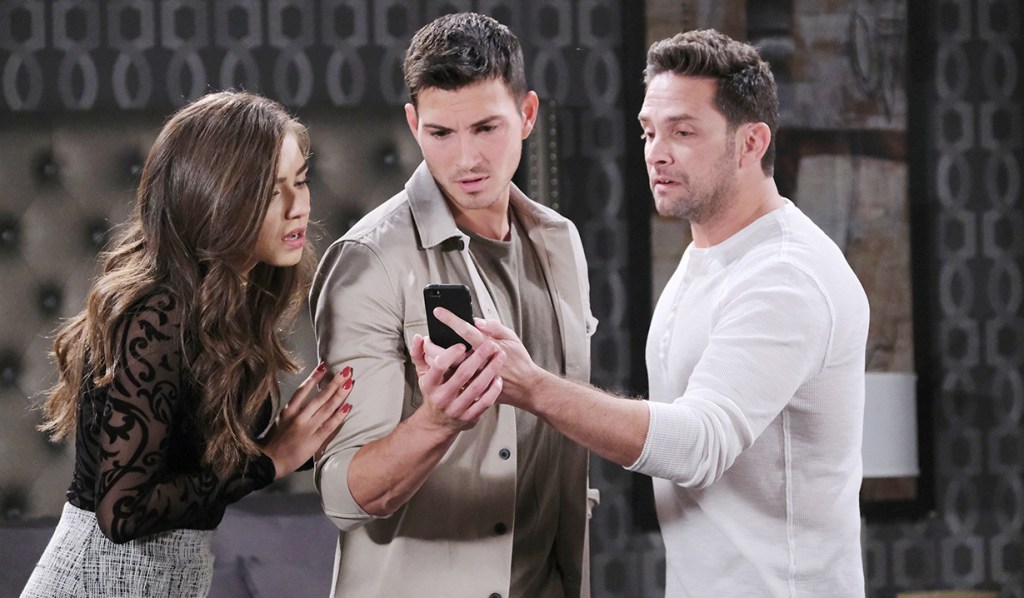 Kayla visits Jenn and Jack at the DiMera mansion and almost overhears them argue about whether or not Jennifer should come clean to her about Steve’s true feelings. Kayla offers one of her legendary pies for dinner. She tells them that she found Steve drunk. Before Jennifer can explain why he got drunk, Jack interrupts. 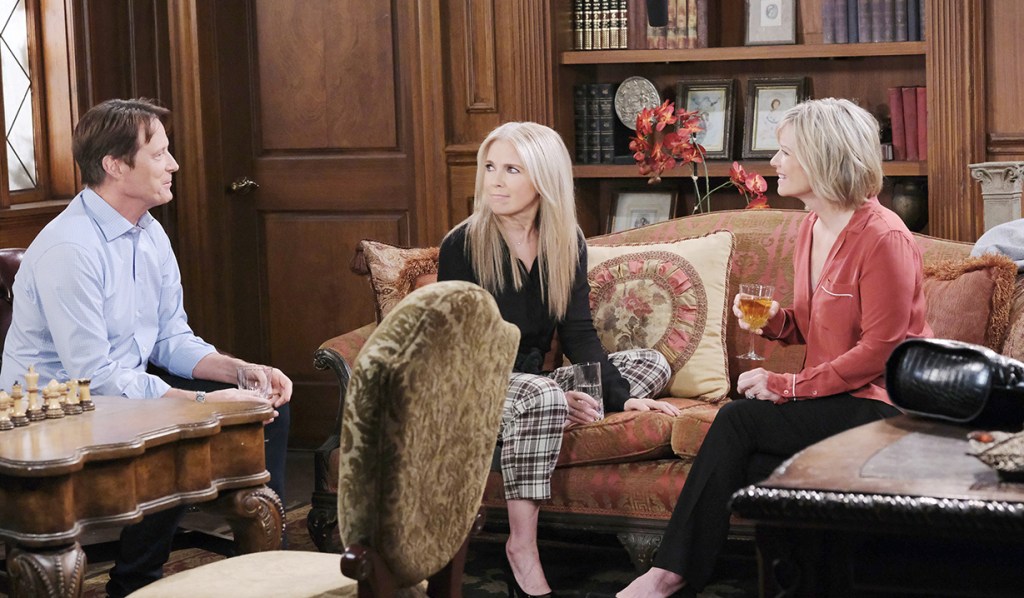 Back at Bayview, Gwen shakes Claire’s hand. She hopes everything works out for her. They embrace.

Julie is stunned when she sees Jake for the first time.

Claire’s Happy to See Shawn and...