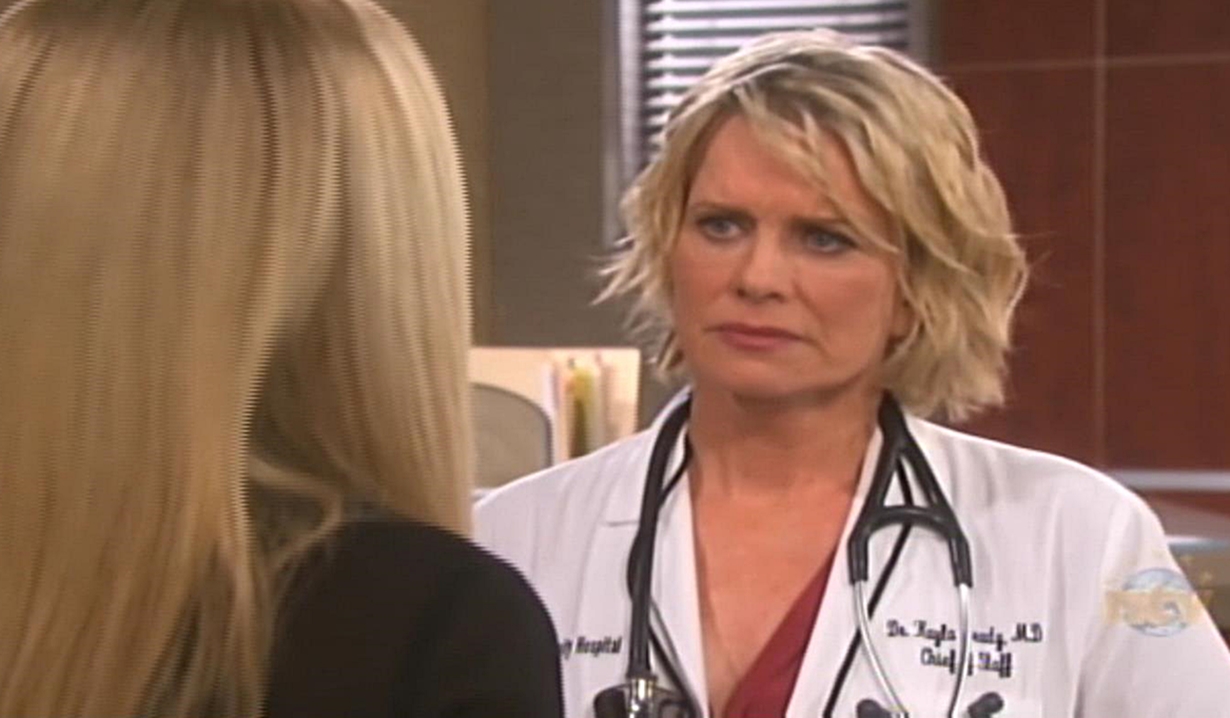 Hope arrives at Rafe’s place to discuss Zoey’s custody case. Rafe relays that the hearing is today and she’ll convince the judge she was coerced. Hope predicts she’ll say it’s her fault the gun went off. She moans about the depravity of Zoey’s family and wants to know if there’s any way she can help. Rafe says there is, she could testify. Hope agrees and suggests his navy-blue suit. Rafe’s glad she’s in his corner. As she adjusts his tie and they discuss Ciara’s wedding, she tells him he was born to be a father. 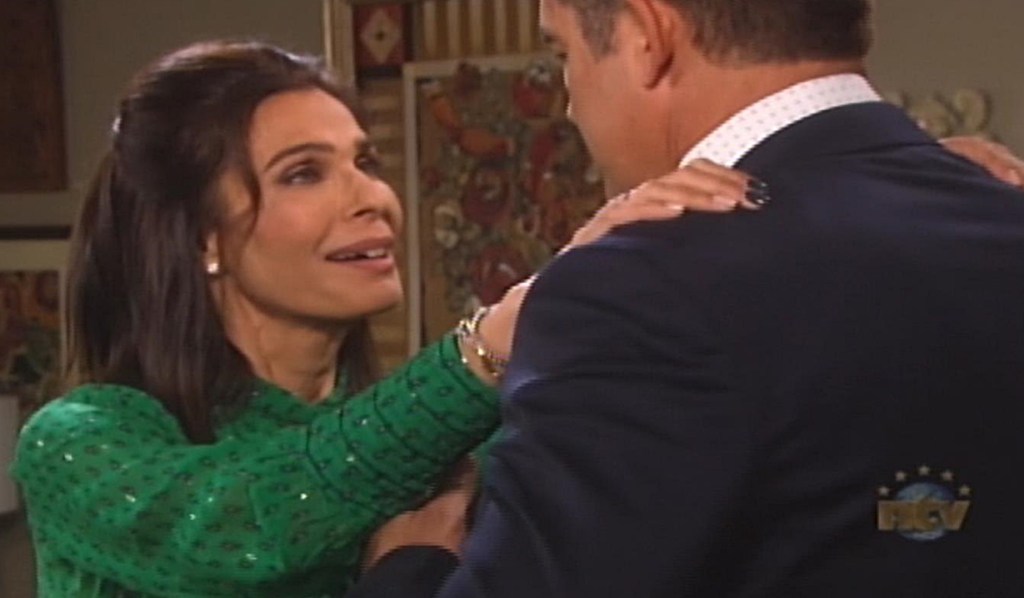 At the prison, Orpheus tells Zoey to sit down – he has a few things to say to her and won’t have her blaming him for her mistakes. Zoey calls him stupid and dangerous. Orpheus growls a warning, but she rants about Christian being behind bars and how she’ll probably lose the custody case because of the ammunition he served up to Hernandez. Orpheus predicts she’ll lose because she’s a terrible lawyer. Zoey insults him for getting caught by one-eyed, washed up Steve Johnson. Orpheus enjoys the thought of Steve being tortured by Kayla being with Justin. Zoey will check in after the hearing. Orpheus doesn’t want Rafe raising his grandson. Zoey knows how to deal with him. 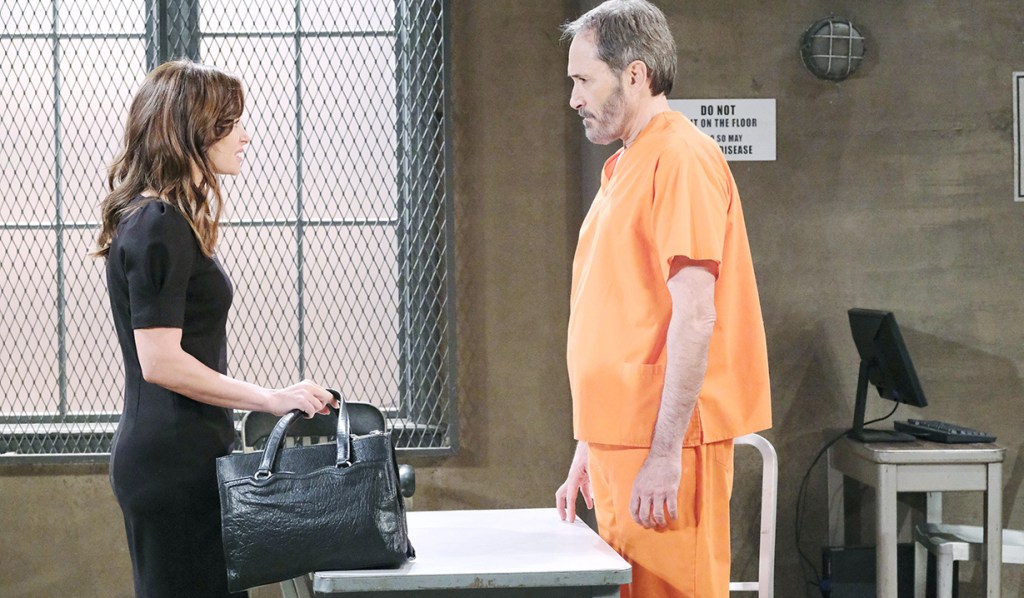 More: Salemites don’t know how to use birth control

In the square, Julie and Abe meet with Lani and Eli, who reveal they’re engaged. Julie rants about Gabi ruining the first wedding and what she’s been doing to Abigail before apologizing. She declares that she will marry them, but Abe is the Mayor and says he’ll do it. Bickering ensues. Eli says he and Lani will decide. Lani announces Abe will walk her down the aisle. Julie grins that she’ll take over after, but Eli doesn’t think it’s a good idea – he doesn’t want to be reminded of standing at the altar with Gabi. They’ll ask Marlena to officiate. Julie calls for champagne and Lani reveals she’s pregnant. Julie and Abe are ecstatic. Julie realizes Lani’s nervous and Lani admits she can’t help but be scared after what happened with David. Julie’s understanding and Eli explains there’s much less chance of placenta previa happening this time. Lani knows Eli will make an amazing father. They toast. Later, Lani tells Eli that Julie was a comfort. They decide to be happy in the present tense and canoodle. 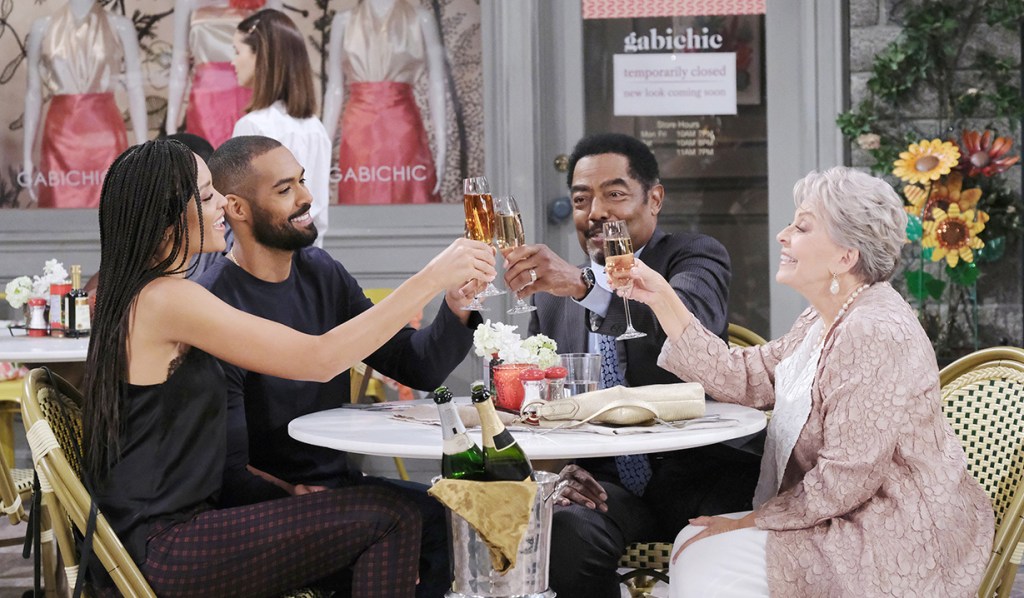 By the nurses’ hub, Kayla re-reads Steve’s note. Jennifer appears, enthuses about her engagement ring, then asks if it’s from Justin. Kayla snaps, “Who else it would be from?” Jenn admits she didn’t see this coming. Kayla still hasn’t wrapped her head around it. She tells Jenn about Steve’s note and Jenn laughs, “You don’t really think…” Kayla believes he wants her to move on so that’s what she’ll do. Jenn decides to be blunt, “Are you sure you want to marry Justin? Don’t you think there’s still a chance for you and Steve?” Jenn questions if she’d say ‘yes’ to Justin if she knew there was another chance with Steve. Kayla remains firm that she’s going to move on with Justin. Jenn thinks Justin’s great and they hug. She enthuses about a bridal shower. Once alone, Kayla crumples up Steve’s note, then takes a call from Justin, and tells him she’ll grab a bite at the pub.

Jack enters Brady’s Pub and spots Steve knocking back drinks. He won’t leave Steve alone until he explains the shots. Steve’s toasting Kayla and Justin – they’re getting married. Jack hears about Steve’s note and observes that he doesn’t like the idea of Kayla being married to someone else. Steve scoffs that it’s like Jack is reading his mind and wants him to go away. Jack warns about doing Kayla’s thinking for her – she loves Steve as much as he loves her. He counsels Steve to tell her he loves her and wants back in her life. Steve hollers that she’s engaged. Jack sneers about him crawling away and into a bottle. Steve shouts that he didn’t make a fool out of himself. Jack intones, “That’s exactly what you did.” Jack doesn’t know why Kayla and Jennifer love them, he just thanks God for it. Steve loves Kayla but won’t tell her. He’s trying to do the right thing and wants Jack to let him be. Jack knows how hard it is. Steve tells him he’s weird and annoying, but not a bad brother. Once alone, Steve sings about letting his baby go. Later, Kayla enters and the two stare across the room at one another. 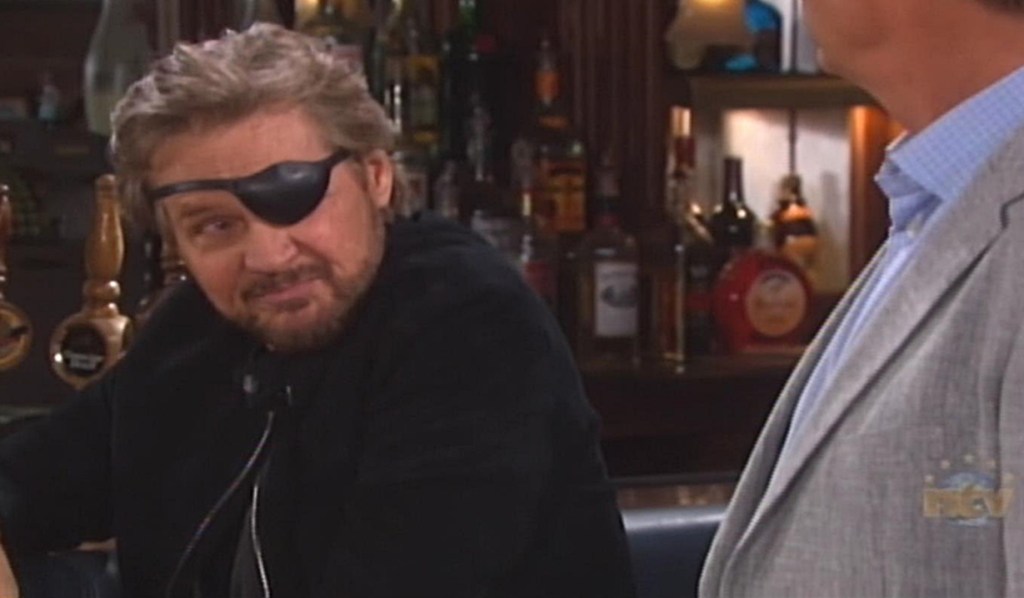 At the DiMera mansion, Jenn tells Jack that Kayla and Justin are engaged. He knows – Steve was at the pub…celebrating. Jenn looks dismayed. Jack reveals the note he left Kayla was bull.

Outside the courthouse, Zoey has learned Hope’s testifying. Hope, with Rafe, wishes her luck explaining what happened in the warehouse. They bicker. Hope urges her to drop the custody suit and let David be with someone who loves him. Zoey warns if Hope takes the stand, she’ll rip her to shreds. Hope mutters to Rafe, “She just threatened the wrong person.”

Gabi’s Kidnapped by One of the Men...

Marlena and John Agree Claire Is...