Gabi’s Kidnapped by One of the Men After Jake

Wednesday June 3, 2020: On Days of our Lives today, Ciara and Eric discuss Brady's strange behavior at Titan, and Jake tells Ben he needs his help. 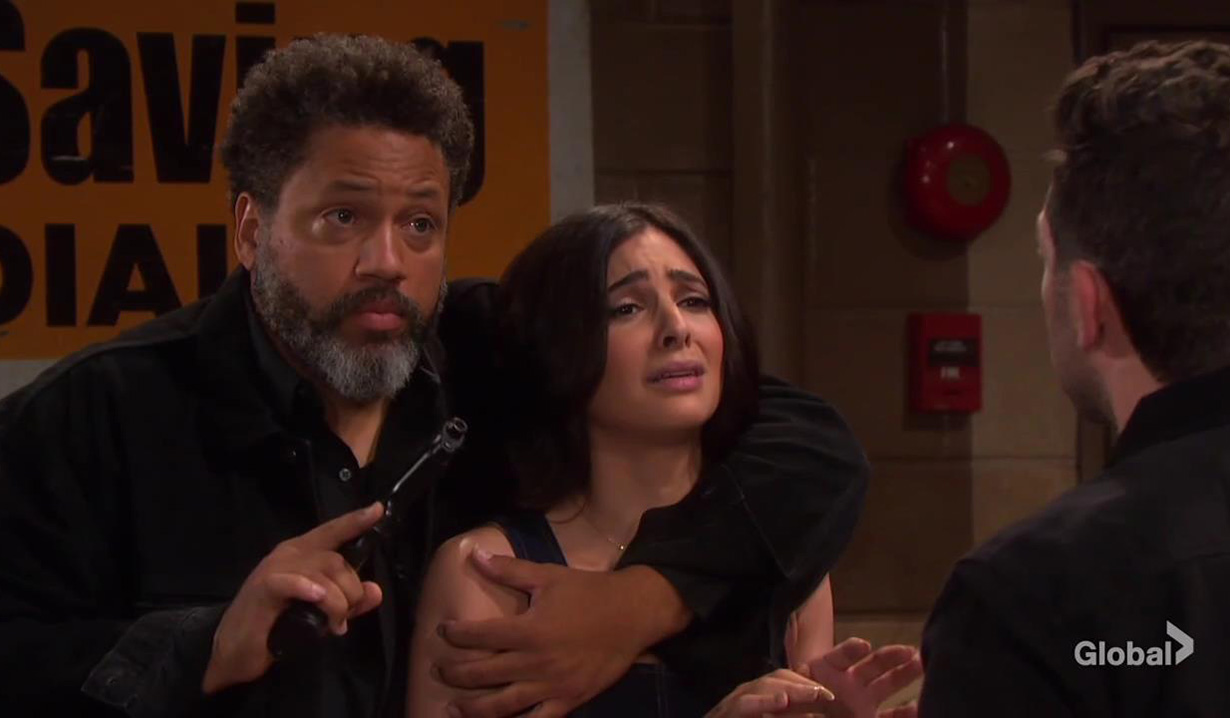 At Bayview, Claire begs Marlena to help get her released. Marlena says she’s not yet ready. She has her own doctors who will make this decision. Claire insists they say she’s doing well. Still, Marlena finds this rushed and desperate. Claire recounts all of the things she’s done that her doctors have asked of her. Why is she still there? “If Ben Weston can be released, why can’t I?” Marlena asks her granddaughter not to compare her situation to someone else’s. Claire regrets setting the fires and trying to kill Ciara. She still loves and cares for her and wants to make amends. Marlena agrees to talk to her therapist. Claire hugs her. They embrace. Marlena goes and Claire looks at the Save the Date card for Ciara’s wedding. Maybe she’ll be home in time to attend. More: Days opinion – the highlight of the week

At Salem Inn, Jake asks Ben to come back to work. He’s in over his head and needs Ben’s help. Ben has concerns for his and Ciara’s safety. Ben offers to help find Gwen.

Gabi tries to get away from one of the men after Jake in his room above the garage but he grabs her purse and finds the toothbrush. He asks, “Where is it?” Gabi’s confused so he asks where her boyfriend is. She tells him he’s her husband. The bad guy is pleased. She’ll make an excellent bargaining tool. He takes out a gun and asks her to call him. Gabi tries to explain that he’s not really her husband but Buddy doesn’t care.

Ciara leaves Brady at Titan with her file on getting more revenue for the Asian division and he throws it away. Nicole appears, angry that he had to screw her over to get his old job back. She had to hear it from the janitor that he was leaving. Also, she learned he’s making the moves on Sarah. Brady says he knows what he’s doing. It’s all part of his plan. He needed a fresh start. He asks her to back off a little. She thinks Brady’s taking revenge on Xander. She agrees he deserves it but what about his grandfather? Is there a part of him that wants to see him suffer? Brady has to go see Maggie. He takes off with Nic in mid-sentence.

Sarah arrives at the Kiriakis mansion to see Maggie but Xander answers the door. He tells her Maggie and Victor are upstairs and urges her to release her anger on him. Sarah flashes to talking with Marlena about still being in love with Xander, despite her anger. Brady arrives, “Hey baby is this guy bothering you?” Xander knows this relationship is an act. He knows he’s made terrible mistakes but it’s all out in the open. Brady asks if he’s sure about that. Brady reminds Xander he tried to take Sarah’s embryo from her and have it implanted into Kristen’s womb. Xander tries to deny any wrongdoing but comes clean. It didn’t happen and she was there to have an abortion. “It’s not like you wanted to have a baby.” Sarah slaps him across the face and tells Xander how disgusted she is. They’re done. She and Brady go. 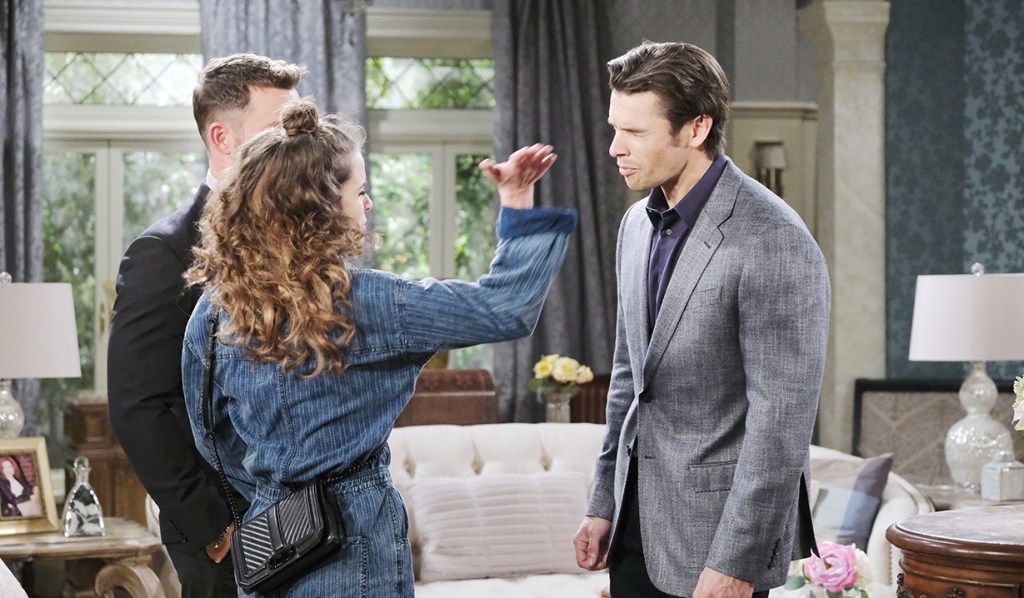 Ciara sees Eric at the pub. She gives him a Save the Date card. They embrace. He’s happy for her and reveals he and Nic are engaged. She’s happy to hear. They discuss Brady’s return to Titan and Eric says Brady didn’t even tell Nicole. Ciara tells Eric about her discussion with Brady and how strange he was acting.

Ciara returns home and learns from Ben that Jake told him the whole story of his ex-girlfriend.

Jake returns to the garage and sees the thug holding a gun to Gabi. Jake doesn’t have it so the thug suggests he go get it. The guy takes Gabi away and gives Jake 24 hours to find whatever it is he stole.

At home, Eric and Nic discuss Brady leaving Basic Black. Eric tells Nicole she can run Basic Black on her own without Brady. She decides she will. They kiss and note that Ciara and Ben are marrying in July. Nic thinks she and Eric should marry in August but Eric wants to marry her as soon as he can. Nic likes the sound of that. They get busy on the kitchen table. 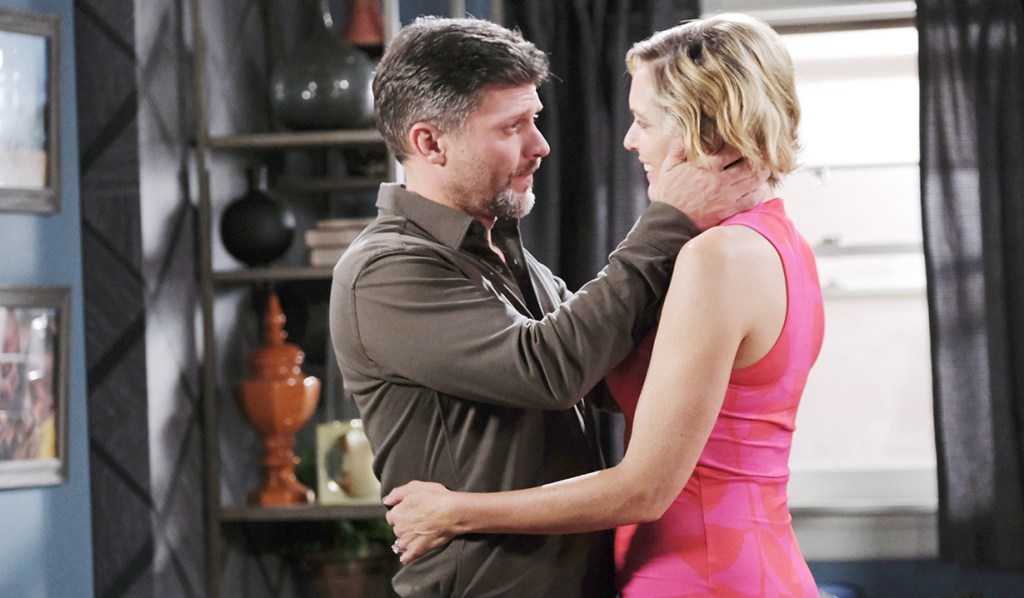 Jack has advice for Steve.

Claire Asks Marlena to Be Released...