Claire Asks Marlena to Be Released From Bayview

Tuesday June 2, 2020: On Days of our Lives today, Xander opens up to Maggie, Brady lies to Ciara, and Sarah goes off the rails at Victor. 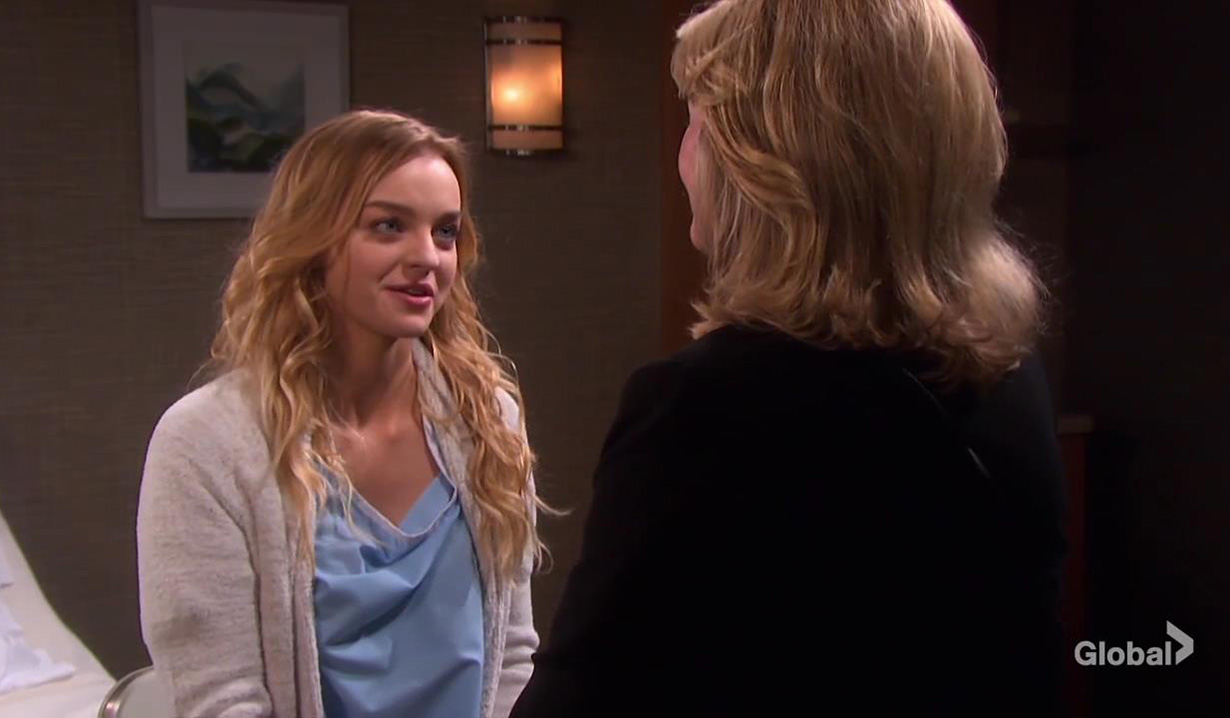 Ben brings breakfast in bed to Ciara. He asks her to open the fortune cookie. “You are going to have an incredible first day back at work,” it reads. She laughs. “What are the odds.” They kiss. She gets ready for work and he looks for a job. She wishes he’d wait until after their honeymoon but he won’t. He wants her to have a successful husband she’s proud of. As Ciara’s about to leave, Jake arrives. He doesn’t want Ben to look for a new job. He came to give him answers about those goons who are after him. He says he took something valuable to use as a bargaining chip but doesn’t have it anymore. He doesn’t know where it is. His ex-girlfriend has it and things with her were rocky when they left. He doesn’t even know where she is and wouldn’t want to tell those goons if he did, knowing what they’re capable of. He admits she’s why he ended up in Salem. 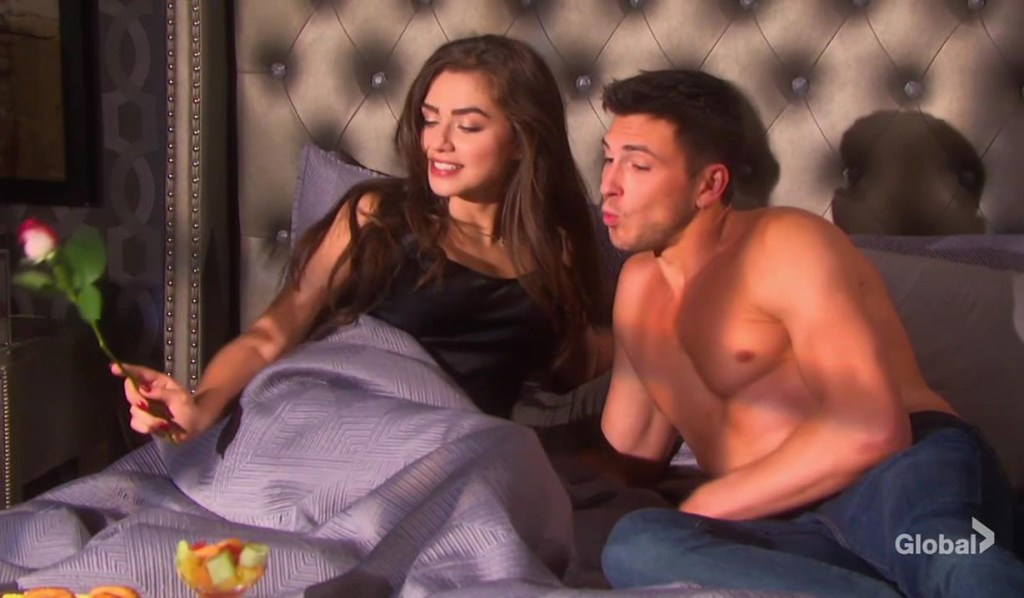 At home, Sonny and Will have breakfast and toast to new beginnings. They agree to talk to Ari about Gabi. Ari appears and they’re almost ready to tell her but Gabi rushes into the room and hugs her daughter. They lie that Gabi was on a business trip. She gives her kid a bracelet and the guys tell her to put it in her jewelry box and head to school. While Ari is gone, Will and Sonny confront Gabs. She wants to run a DNA test. Will tells her she’ll make the situation worse. Gabi won’t do anything illegal. Sonny says, “Yes you will. You always do!” Sonny wants her to let it go but she reminds him of what he went through when he thought Will was alive. Gabi goes to get Ari to take her to school. Will suggests they tell Rafe.

Xander visits Maggie in prison. He tells her Justin is in court today trying to overturn her case. Xander thought that she’d be angry with him. Maggie understands that what he did was done to protect her and Sarah. Plus, he saved her life. Xander looks glum. He has lost everything and hasn’t an inkling on how to get it back. He thinks Victor loves Brady –  not him. Maggie disagrees. She calls Brady the victim and Xander asks if she’d feel the same if she knew Brady was having sex with Sarah. Maggie’s surprised but tells Xander to give her space. Xander goes to call the court for an update. 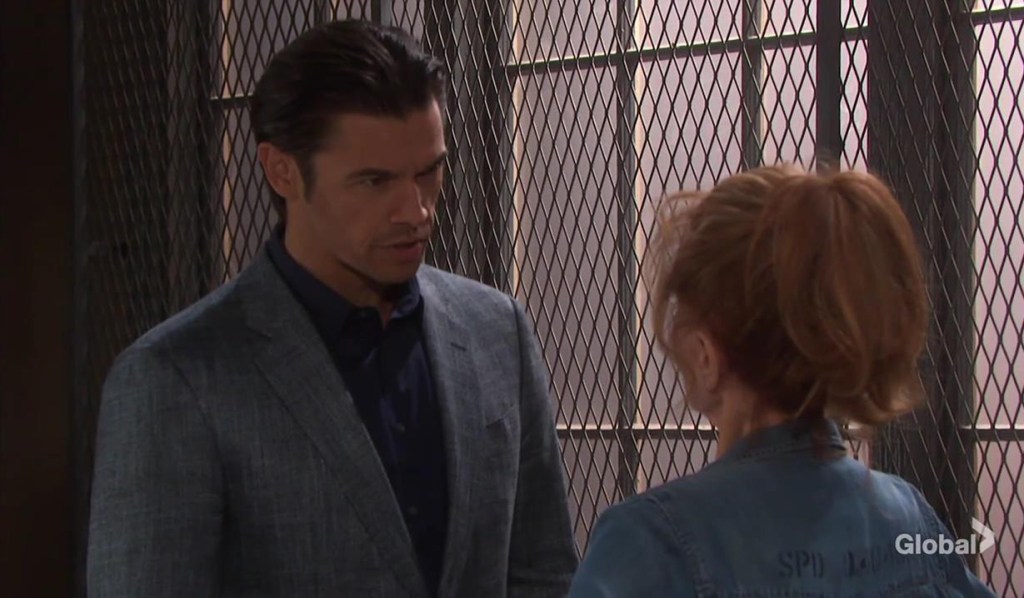 Sarah arrives to Victor’s room at the hospital. Sarah thinks it’s a shame that Kristen’s aim in stabbing him wasn’t more accurate. Any closer to his heart and he’d be dead. “Sarah I know you’re upset,” he says. Sarah snipes that her daughter died. She didn’t get to hold her or bury her and he knew and kept quiet. He’s sorry. She doesn’t want to hear it.  She gets in his face. She has half the mind to finish the job. Marlena arrives and shouts at Sarah to stop. Victor grouches that Sarah deserves to be fired. Marlena ignores him. He’ll be released soon. They leave and Victor calls Sonny to pick him up. By the hub, Sarah apologizes to Marlena for losing her cool. She feels betrayed by Victor and Xander. Sarah feels stupid that she… Marlena finishes, “Still loves him?” Sarah doesn’t get how that’s possible. Marlena says sometimes people in love go to extremes. Sarah just wants them to pay. Marlena says she has to learn to live with her grief instead of turning the pain into anger. Marlena knows she won’t get satisfaction that way. Sarah starts to cry. That seems out of reach. 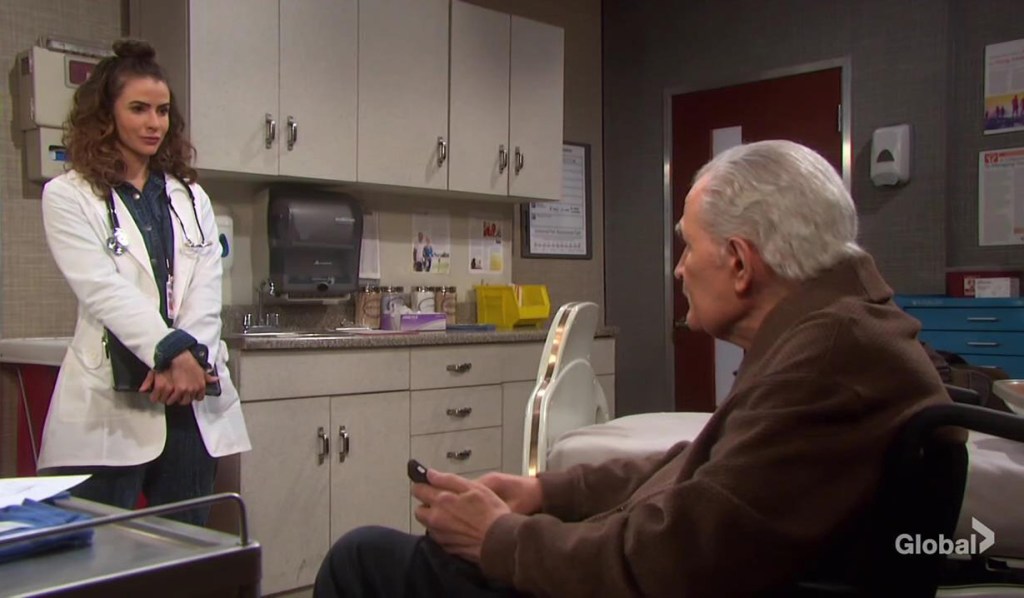 More: Gallery of the DiMera family over the years

Brady sits in his office at Titan and vows to take Titan and Victor down. John arrives. He heard he got his job back and is there to find out “what the hell you’re up to.” Brady lies that nothing is going on. He belongs there. John doesn’t believe his son. Brady asks if he’d be upset if he wanted some revenge. John wouldn’t. Ciara interrupts. John hugs her, happy to get the Save the Date card for their wedding. John goes and Ciara admits she’s psyched that Brady’s in charge. She hands him a file she created that will help cut costs and increase revenue in the Asian market. Brady rejects her ideas which he says are good. He’s selling the Asian division. Ciara’s baffled. It drives a lot of revenue. Why would he do that? 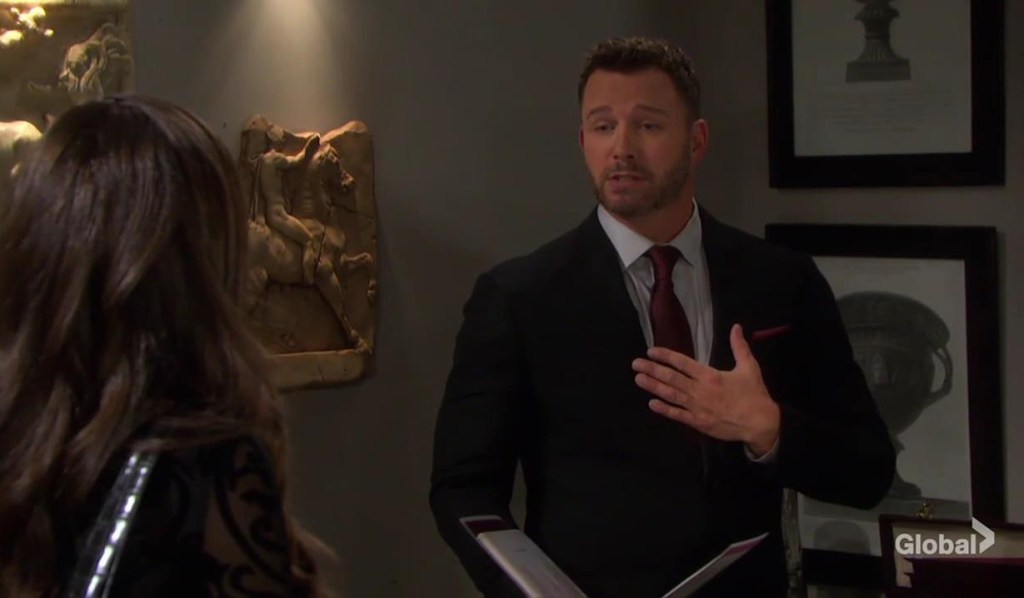 Gabi arrives home and finds a comb of Stefan’s in her room and bags it. Now she needs something of Jake’s.

Gabi arrives at the garage and sneaks up to Jake’s room. She grosses out since he’s such a slob and bags his toothbrush. Before she can leave, a goon (played by Chuma Gault) appears. “Going somewhere?”

Will and Sonny arrive home with Victor. He complains that Will hit every bump on the way home. Will smiles. Vic says the house feels empty, and then sees Maggie walk in with Victor.

Marlena arrives at Bayview and Claire asks her grandma to get her out. 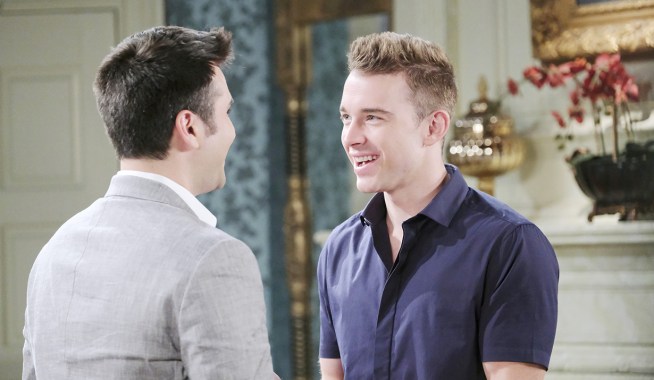 Gabi’s Kidnapped by One of the Men After Jake 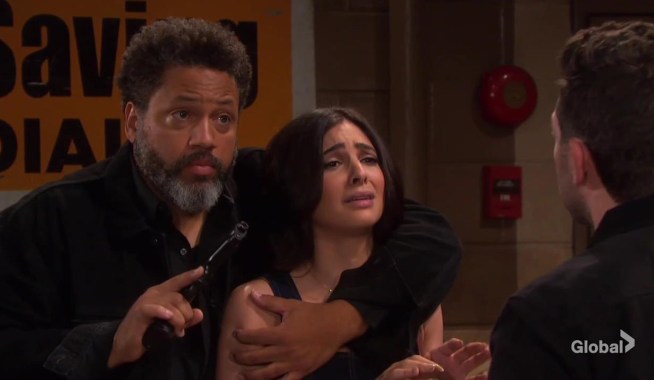