Wednesday May 20, 2020: On Days of our Lives today, Ciara twists Victor's arm, Chad has news for Abigail, and Sarah wakes up with Brady. 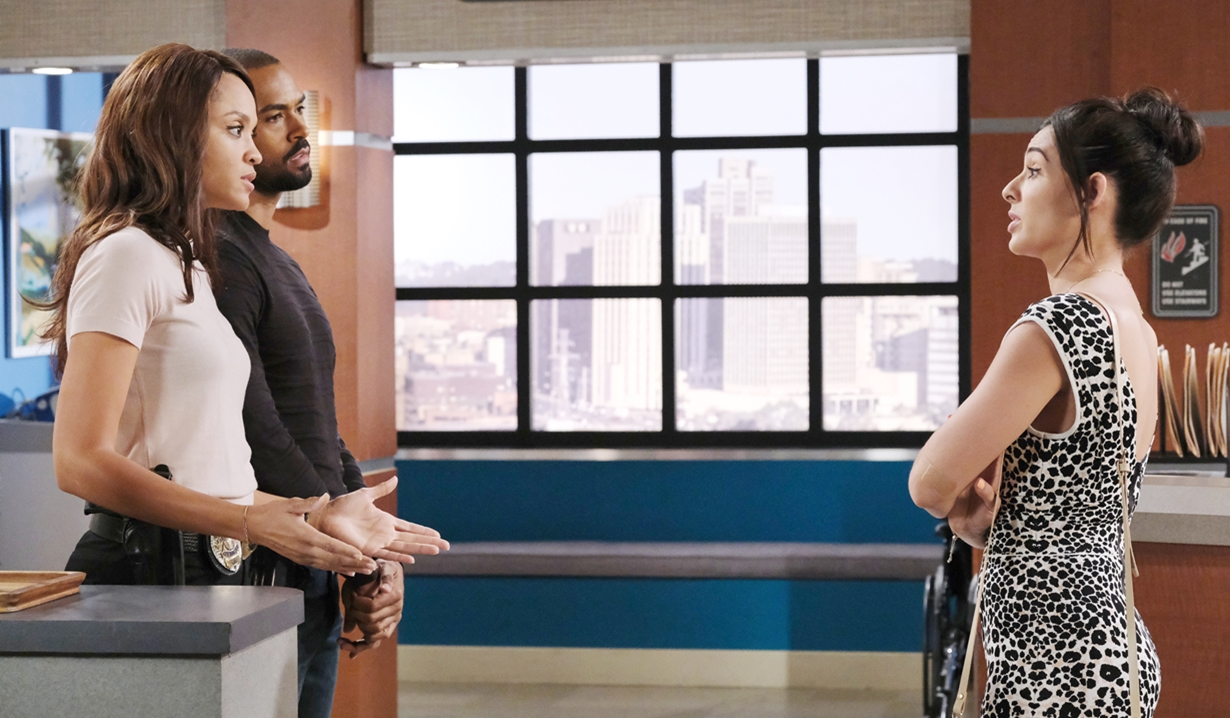 In the square, Ben greets Ciara and comments, “Cake for breakfast?” They taste wedding cake and she kisses icing off his lips. Ben won’t marry her until he can buy a real ring, which costs two months’ salary. Ciara will plan the wedding for the end of July. 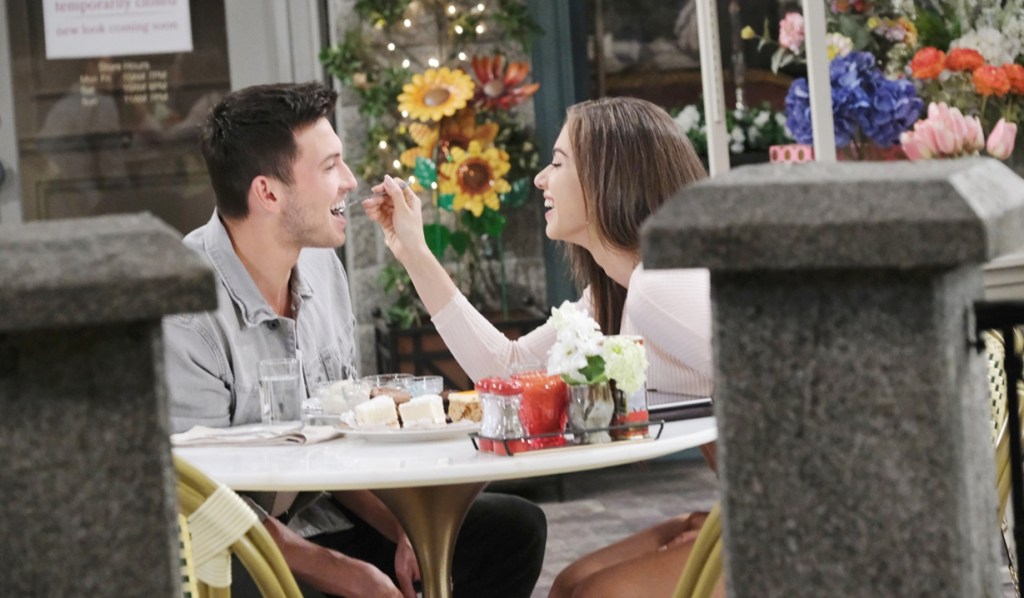 In the hospital, Victor barks at Justin by phone to get Maggie out of prison. Xander enters and relays that Maggie’s had a weight off knowing she didn’t kill anyone. Vic asks if he told Sarah the news. Xander can’t find her and wonders if she reached out to Brady about the baby. Xander will never stop trying to prove how much he loves her. In Abigail’s room, she hallucinates that Gabi’s trying to jab her with a needle as Chad rushes in. He assures her Gabi’s not there, but relays that she tried to inject a guy who looks like Stefan last night. Eli and Lani enter and Chad updates them that Gabi struck again. They listen and agree to check it out. At the nurses’ hub, Gabi informs Kayla that something was stolen that belongs to her…by Ben Weston. They debate whether Stefan’s alive. Gabi insists it’s true – her injection would have restored his memories, but Ben took it. In Victor’s room, Ciara shares her engagement with her grandfather, who feels she deserves better than ‘the neck-tie killer’. Ciara defends Ben, then tells Victor she’s quitting Titan since he doesn’t trust her. He needs her to keep an eye on Xander and offers a raise. Ciara will return if he changes his mind about Ben. Victor agrees to accept Weston. Ciara’s thrilled. By the hub, Kayla warns Gabi she nearly committed a crime. Gabi argues the only crime was Ben stealing her serum. Kayla goes to check the lab, and Eli and Lani approach her about assaulting Jake with a syringe – Chad’s a witness. In Abigail’s room, Chad’s found an expert who can help her in Florida. She worries he’s committing her again. He reassures her, but they’ll have to travel there. Abigail doesn’t want to uproot the kids – she’ll go by herself. 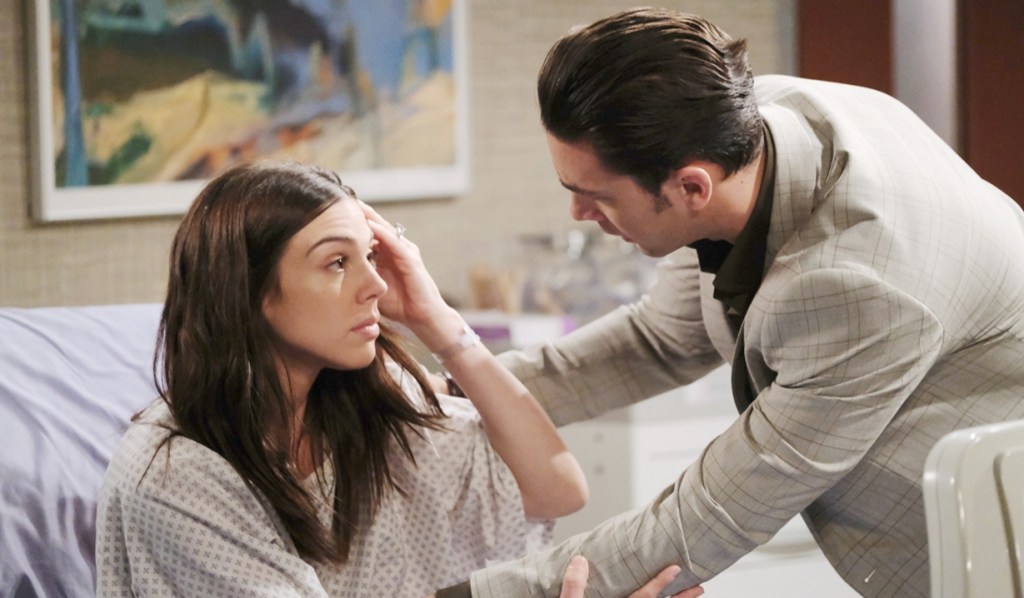 More: Why it’s difficult to root for Justin & Kayla

Sarah wakes up horrified in Brady’s bed, wearing his shirt, as he emerges from the shower in a towel and chirps, “Good morning.” She feels like an idiot for drinking too much. Brady didn’t think she’d want to be under the same roof as Xander, so brought her there. Sarah asks, “Oh my God, did we..?” Brady assures her they didn’t have sex. Sarah’s relieved – she tends to jump into bed with whoever’s there when she’s in pain. Talk turns to Maggie. Sarah forgave her but she still seemed sad. Brady feels Xander and Victor’s games need to end. Sarah wants them to pay. Brady’s about to go when Xander appears in the door and gawps. Brady warns Xander, then leaves. Xander asks, “What is this?” Sarah replies, “What does it look like?” Xander’s mystified so Sarah explains Kristen and Rachel have disappeared. She lays into him for letting him believe the girl was hers – Brady understands her pain. Sarah orders him out. After, he informs her while she was sleeping with his cousin to hurt him, he was saving her mother from committing suicide.

More: Is Rolf lying about Stefan?

In the garage, Jake thinks of Gabi telling him it’s up to him what he wants to do. Ben arrives and Jake’s grateful he saved him from that maniac, Gabi. He marvels that she actually believes he’s her husband. Ben wonders if he’s starting to think he’s Stefan DiMera. Jake questions what if whatever’s in the syringe could help access his memories – if it’s true. Ben’s having the drug checked out – if it were safe he’d tell him to take it. He misses Stefan and Gabi’s obsession is because she loved him so much. Jake decides to go check out the lab results. Ciara arrives and learns from Ben that Gabi’s convincing Jake he’s Stefan. She shares that they have Victor’s blessing and they make out.

By the nurses’ hub, Gabi reminds Lani she put a bullet in her husband. Lani counters that his heart was removed from his body and put into Julie. Jake appears and Gabi calls him Stefan as Lani marvels at the resemblance. Jake wants to know more about Gabi’s serum. Gabi’s anxious to give him a dose so he can remember how in love they were. Elsewhere, Brady enters Victor’s room. Vic presumes he has his daughter back, but Brady say she and Kristen are gone and it’s his fault – she’d go to prison if she stayed. Victor will do anything to make things up to Brady. He wants him to fire Xander. At the nurses’ hub, Kayla reappears and reports Gabi’s syringe contains the drug that was used on Abigail. In Abigail’s room, Chad won’t abandon her – they’ll go through this together. 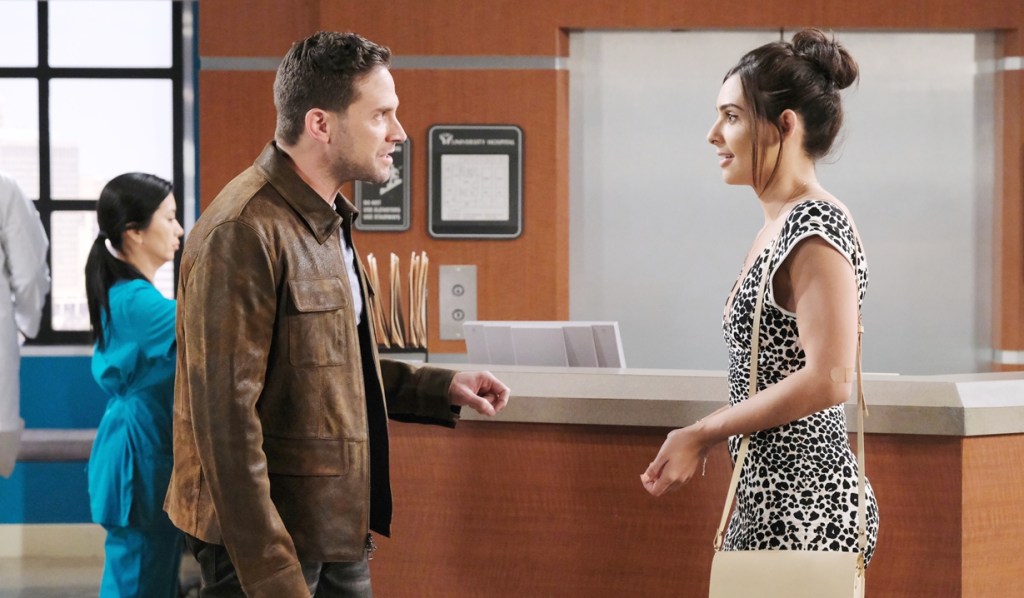 Xander’s desperate for another chance with Sarah.

Orpheus Lists More Demands for the...