Maggie Hangs Herself in Her Prison Cell

Monday May 18, 2020: On Days of our Lives today, a frantic Victor sends Xander to save Maggie, Brady and Sarah plot their revenge, and Orpheus abducts David. 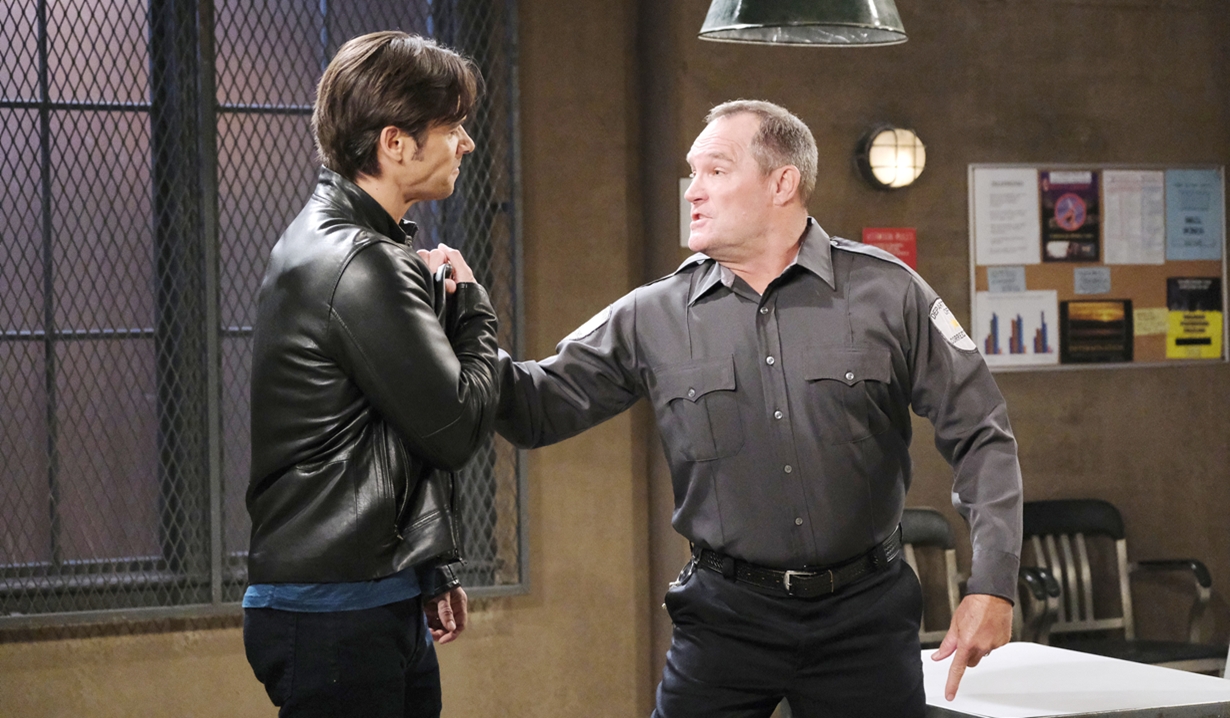 In Marlena’s office, she demands proof from Orpheus that he has John. Orpheus produces a photo of John holding today’s newspaper. He feels $10 million dollars would be enough to give his grandson the life he deserves and wants it wired to an offshore account. If Marlena contacts authorities, John dies.

At the Salem Police Department, Rafe takes Zoey’s statement and talks about freeing Maggie. She offers to watch David when Rafe remembers the sitter needs to leave and argues if she took off with him, Rafe would track her down and no judge would give her custody. Rafe reluctantly agrees. After, Xander arrives asking if Sarah’s been arrested for kidnapping and is floored to learn that Maggie wasn’t responsible for killing Adrienne or the baby. He must tell Sarah! Later, Marlena arrives and updates Rafe on Orpheus’ plans. Rafe puts out an APB. 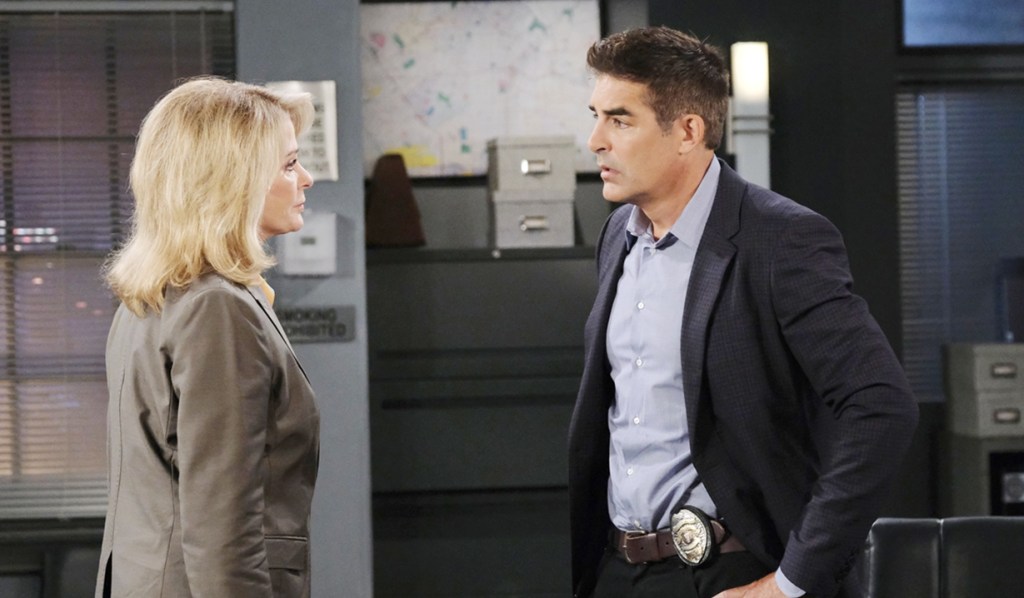 In Eric’s apartment, he’s angry with Brady and afraid he’ll never see Rachel again. Brady’s sorry and leaves. Nicole feels Brady was in an impossible situation. Eric argues that Brady could have let Kristen go to prison. Nicole surmises he couldn’t take the baby from her a second time. Eric’s steamed about her sticking up for Brady and Kristen. Nicole wonders what Eric would do if it was her – she would do just what Kristen did. Eric realizes he may have been too hard on Brady and thanks her for making him understand what his brother’s going through – Eric’s blessed to have her and Holly.

In the hospital, Victor opens Maggie’s letter and reads that she’s writing to say goodbye. Victor figures she wants a divorce. He resumes reading as Maggie affirms her love for him and explains he must beg Brady for forgiveness. She urges him to let go of the past and accept Kristen. Maggie continues that she didn’t deserve to be protected – she can’t live with the guilt and is going to take her own life. Victor can’t reach the warden, so calls Xander to get to Statesville – he can’t lose Maggie! 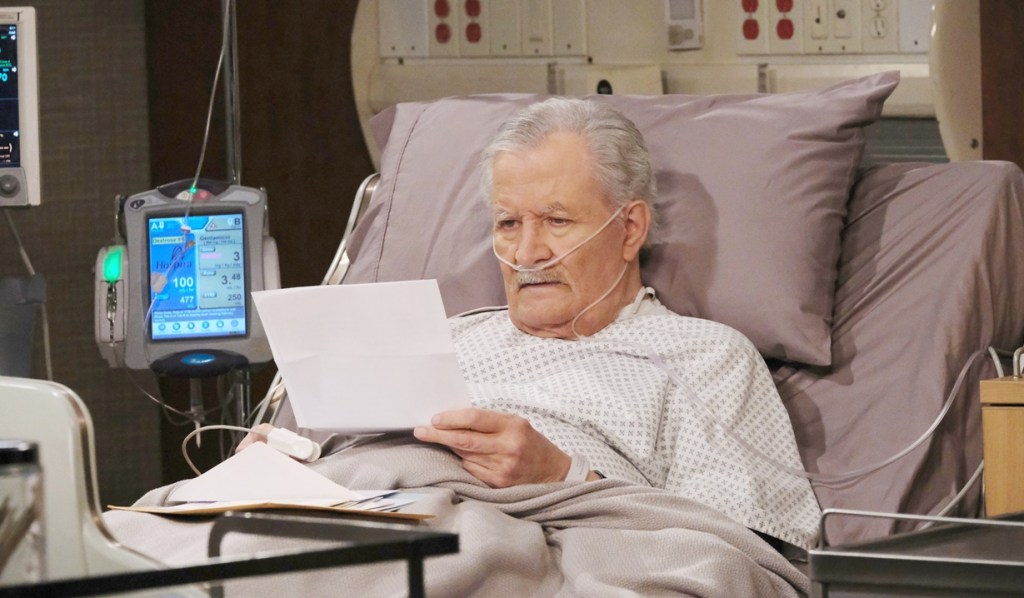 In her prison cell, Maggie goes over her letter to Sarah saying she doesn’t deserve her forgiveness and she can’t live with the pain she has caused. Maggie recalls she’s the reason so many people have suffered so terribly. She urges her daughter to carry on by throwing herself into her work or anything else that gets her through the day. Maggie hopes she’ll fall in love and have another child or children – she regrets she won’t be there to see them. She knows what she has to do; by the time Sarah gets this letter she’ll be gone. Later, Xander flies into the prison and demands Officer Sullivan, (played by Patrick Robert Smith), take him to Maggie’s cell. Xander struggles with the man and gets the keys. In her cell, Maggie uses strips of a sheet to make a noose and ties it to the bedpost. When Xander finds her, she has hung herself and is unconscious. He roars, “Oh Maggie!” as he rushes to her.

In Brady’s Pub, Brady calls to speak to Tate – he misses him and wishes they could be closer. They express their love and Brady disconnects. “Wherever you are, Rachel, I love you too.” Sarah appears and apologizes for running off with the baby. She’s stunned when he admits he let Kristen disappear with Rachel. Sarah rails that they’ll never see her again or know if she’s alright. She swigs from a drink. Brady, sipping water, knows Kristen will be a good, caring mother. He blames Victor for the suffering. They go over Xander and Victor deciding to play God. Brady fumes about the manipulative old man – he always lands on his feet. Sarah notices Xander trying to reach her. They realize Victor appointed Xander as CEO in return for the cover-up. Brady vows he’ll pay. Sarah and Brady decide to get back at Xander and Victor and toast to sweet revenge.

At Rafe’s place, Zoey chats to David about being his aunt as Orpheus appears – he’s there for his grandson. They bicker about her letting Christian go to prison and Rafe putting him there. Orpheus orders her to pack David’s bag, and bellows, “Do it!” Zoey feels David deserves better than running with an ex-con and reminds him he caused the deaths of Adrienne and Sarah Horton’s baby and framed Maggie Horton. Orpheus grabs her – if she told anyone, she’ll be sorry she was born. Zoey warns Rafe will be there any minute. Their phones light up with the APB for Orpheus. He slams Zoey up against the wall. After, Rafe arrives to find Zoey tied to a chair – her father took David. 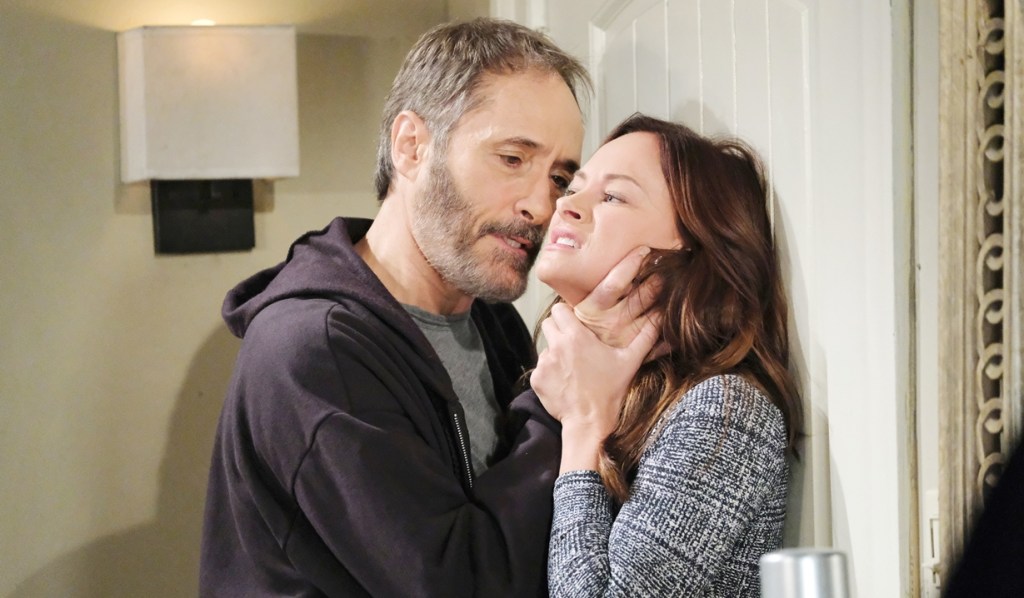 At home, Marlena tells John’s photo – I know how much you want that little boy safe. She calls someone for help.

Maggie Says Goodbye to Victor in a...

Orpheus Lists More Demands for the...