Maggie Says Goodbye to Victor in a Suicide Note

Friday May 15, 2020: On Days of our Lives today, Maggie and Sarah come face-to-face, Eric blows up at his brother Brady, and Marlena learns John is kidnapped. 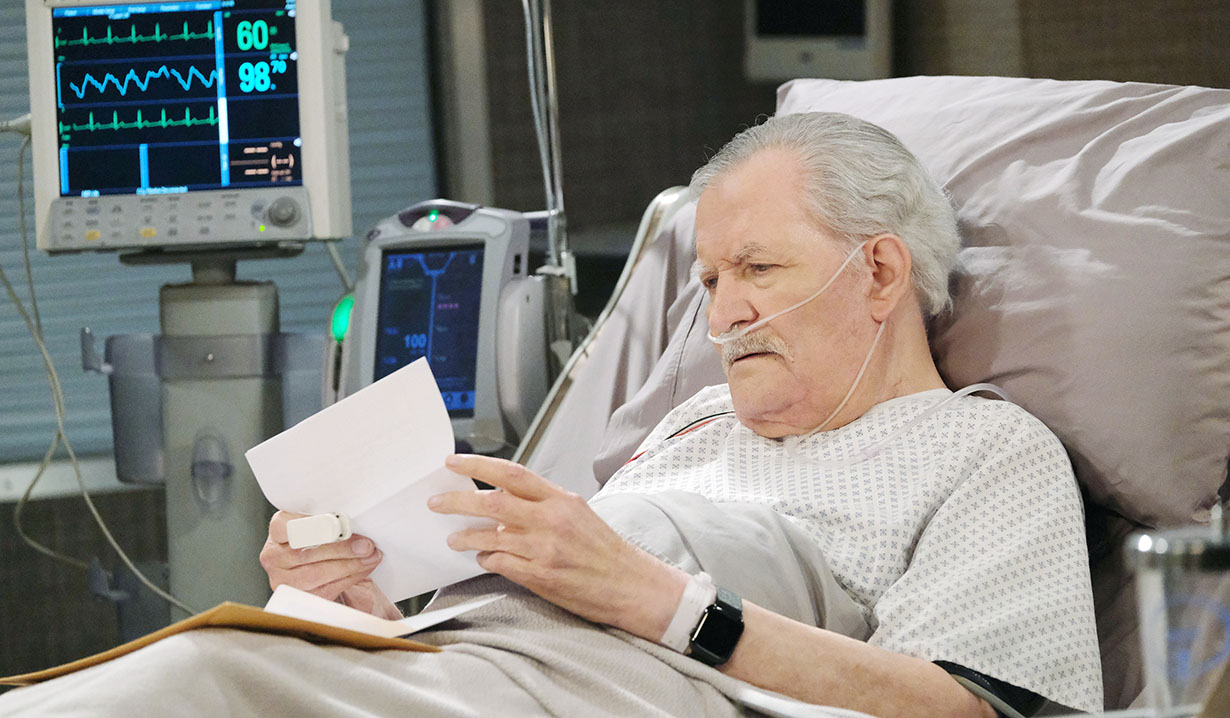 Eric and Nicole sit around at home looking at photos of Holly on his cell phone and Eric talks about how touched he is Holly’s calling him dad. He misses Mackenzie. Brady arrives. He tells them about finding Sarah handing Rachel to Kristen and that she took off after. Eric wonders then why he’s upset. Brady admits Kristen didn’t return to Salem with him. She took Rachel and disappeared. Brady says he let her go. Eric blows a gasket. “You let her go?” Brady feels he had to. He comes to tears saying it was the hardest thing he’s had to do. Nicole hugs him. She’s so sorry. Eric has a meltdown. “You’re sorry?” Eric had no choice but to give up his daughter. He yells, “Do you even give a damn about how that affected me?” Brady thinks Kristen will take good care of Rachel but Eric disagrees. She’s psycho. “How could you do something so stupid?” Brady vowed he would be a part of her life and now he’s lost her all over again. Brady doesn’t know what to say and apologizes before walking out. 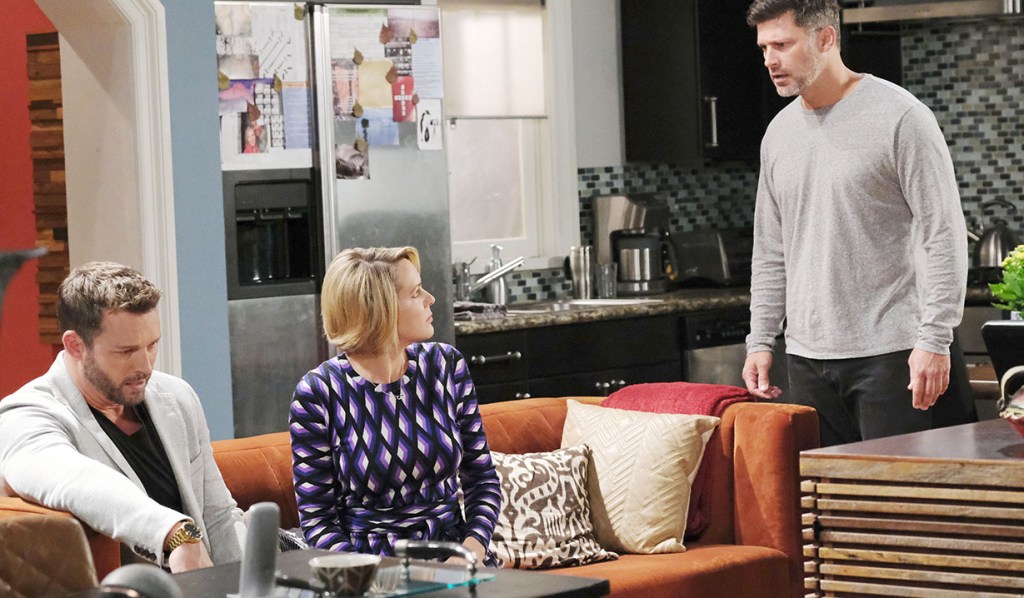 Xander visits Victor in the hospital with his mail. “You look like hell,” Vic says. Xander explains things didn’t turn out the way he hoped in Paris with Sarah. Victor thinks there’s a silver lining that Kristen will spend her life in prison. Xander doubts that since she took off. Victor ponders if Brady could forgive him when his children are older and he has to face compromises to protect loved ones. This is Xander’s hope for Sarah too. He worries Sarah will face charges and runs off. Victor reads a letter from Maggie.

Sarah visits Maggie in Statesville. She admits she shouldn’t have taken the baby and did it out of desperation. Maggie says she now knows she killed her own grandchild. “Yes you did,” Sarah deadpans. Maggie lets her daughter know Xander explained the baby switch and that Victor did it to protect her. He didn’t think she could live with what she’s done. Maggie tears up. She knows how much pain Sarah has suffered because of her. Maggie doesn’t know how to live with herself. Sarah’s in no position to cast stones. She kidnapped a baby and left Rex tied up in an apartment. And still, he forgave her. Even Kristen understood why she kidnapped the baby. Sarah thinks it’s fair that she forgive her mother. “You have a disease and you did something awful but it was never anything you meant to do.” Maggie remembers holding the bottle and taking out the glass. “I obviously drank so much I blacked out.” She still knows she’s responsible. Sarah calls herself lucky to be Maggie’s daughter and could never hate her. Maggie doesn’t think she deserves Sarah’s forgiveness. Sarah disagrees and holds her mother’s hand. As they talk, Maggie lets Sarah know that Kristen stabbed Victor. Sarah’s time is up so she goes, leaving Maggie in tears, muttering, “I love you so much but you won’t ever see me again.” 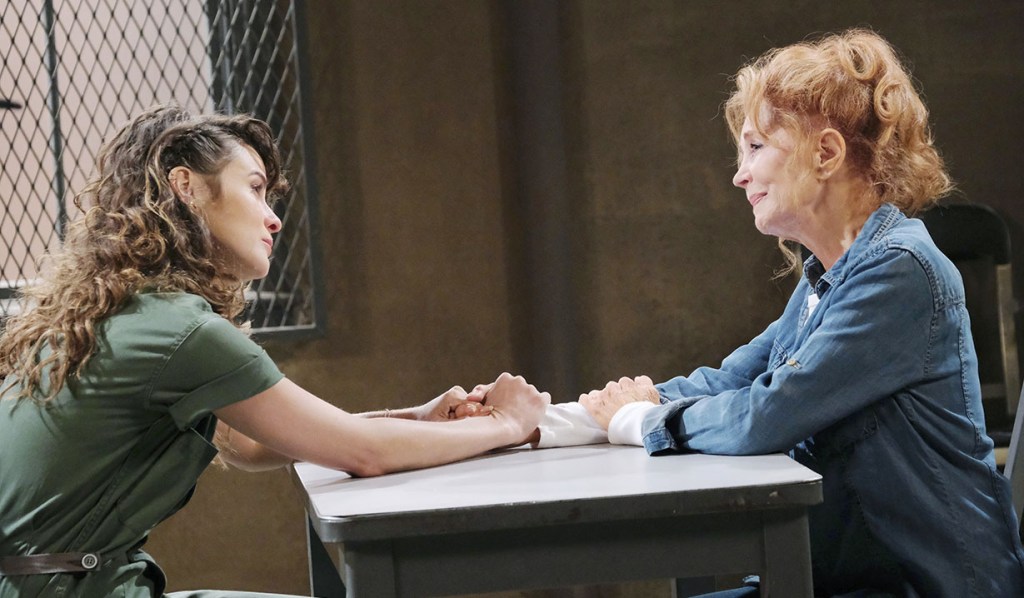 At SPD, Zoey tells Rafe that Evan confessed a secret. Though she’s bound by attorney/client confidentiality, she’s telling Rafe anyway, because she’s worried about what Orpheus is going to do next. Zoey says Orpheus came to Salem a year ago with thoughts of taking David. He didn’t have money so he considered kidnapping Maggie Kiriakis and holding her for ransom last Mother’s Day. Evan and Orpheus showed up at the mansion and found Maggie considering a drink. Orpheus chloroformed her before she took a sip. Evan wasn’t comfortable with it but went along. “There were two murders,” Zoey admits. She flashes to Orpheus kidnapping and driving with Evan and Orpheus to Rafe’s house. On the way, Orpheus looked into the back seat to talk to Evan when he ran them off the road. Rafe sighs. It’s the same day Adrienne Kiriakis was killed in a car accident along with Sarah Horton’s baby. Zoey blames Orpheus for this. Orpheus put Maggie into the driver’s seat and poured vodka on her to make it appear as if she’d been drinking. Rafe realizes Maggie didn’t do anything wrong and can be released from prison.

Orpheus slips into Marlena’s office at the hospital. He says the life of someone she loves is hanging in the balance. Marlena rolls her eyes. He talks about his son going to prison. Marlena calls it justice. He wants her help. He wants money. He holds on to John’s photo and says this is where she comes in. He’s holding John prisoner and if she wants him back, she’ll have to do what he says. In his own room, Victor reads Maggie’s letter. “Dear Victor. I’m writing to you to say goodbye.” 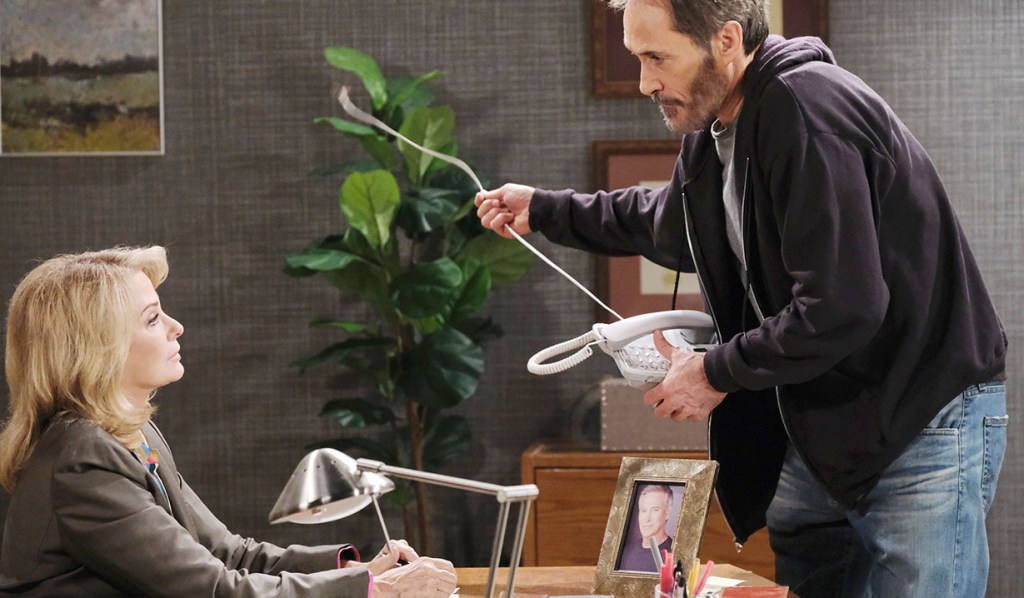 Xander tries to save Maggie. 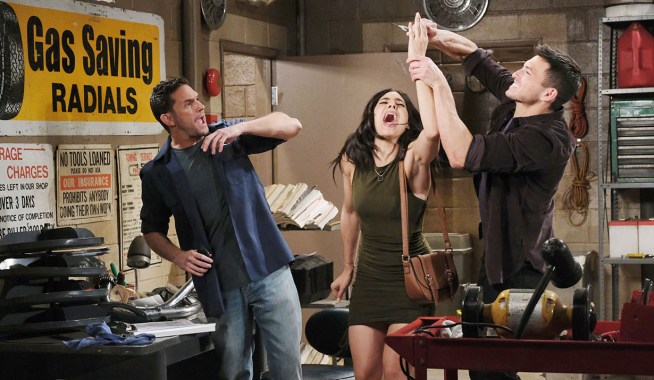 Maggie Hangs Herself in Her Prison Cell 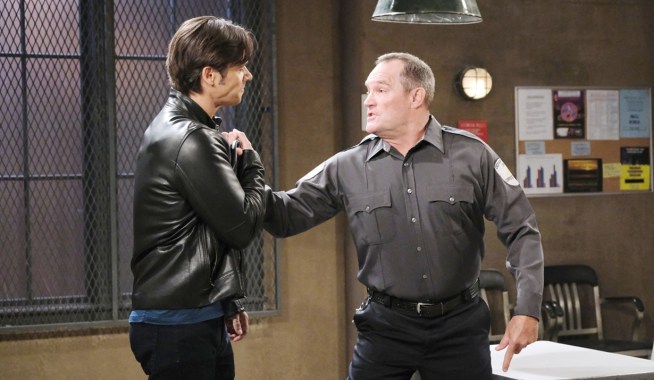