Ben Proposes to Ciara With a Note in a Fortune Cookie

Monday May 11, 2020: On Days of our Lives today, Xander reveals Kristen’s devious plot to Brady, Kate comes face-to-face with Jake, and Kristen catches up with Sarah. 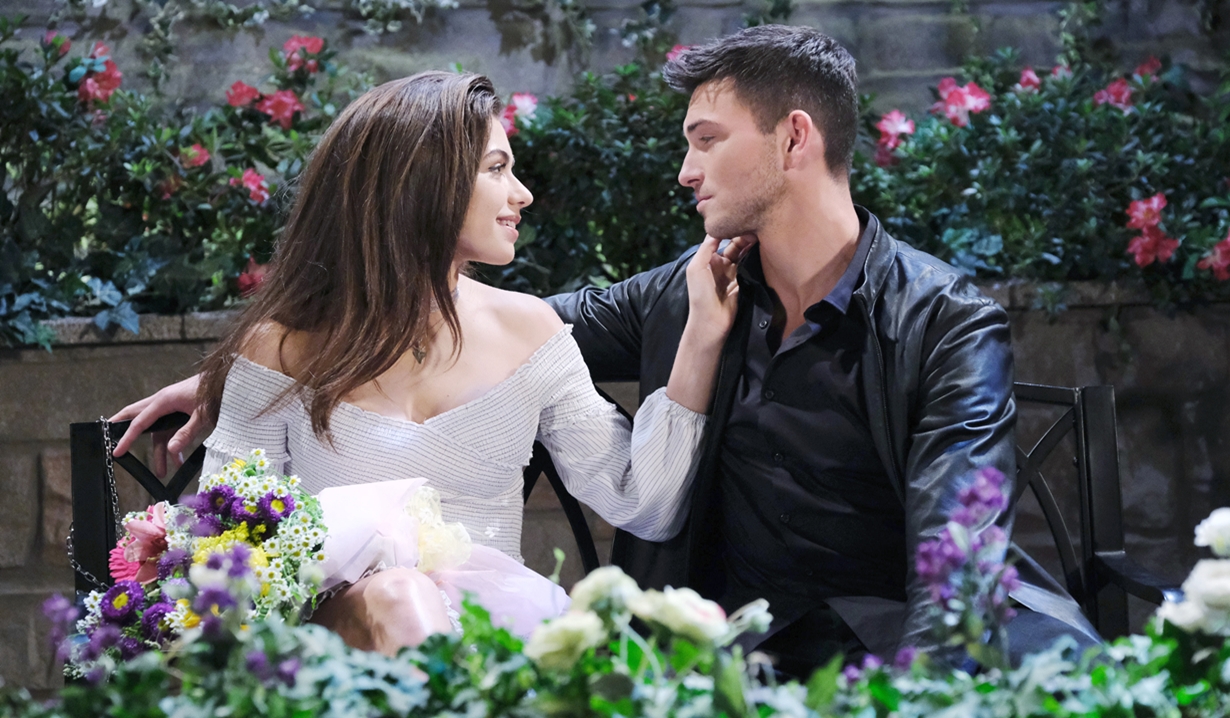 In the garage, Ben explains to Jake that the thugs thought he was him and Ciara demands to know what Jake’s hiding. Jake claims he has no idea who they are or what they wanted. Ben warns whatever mess Jake’s mixed up in won’t go away.

At the jail, Maggie greets Will with a hug. He explains Xander told him she knows the truth. Maggie marvels how she killed her own granddaughter. They discuss Victor and Xander trying to protect her. Maggie remembers helping Brady grieve and wonders how Victor could watch and do nothing. Will feels only Victor can answer that – he’s certain he’ll visit when he’s released from the hospital. Maggie isn’t sure what she’d say to him and asks about Sarah. Will says she hasn’t been found yet. Maggie cries for her daughter’s plight and blames herself. They agree Sarah will always have a bond with the child and it will be hard to come to terms with not being her mother. Will’s concerned about Maggie and Sarah. Maggie has earned this misery. Will’s lived the guilt. She’s sorry he went through that. Will asks her to stop apologizing. He tells her she’s not alone and it was an accident. Maggie blurts she was drunk – she can’t see how to live with that. 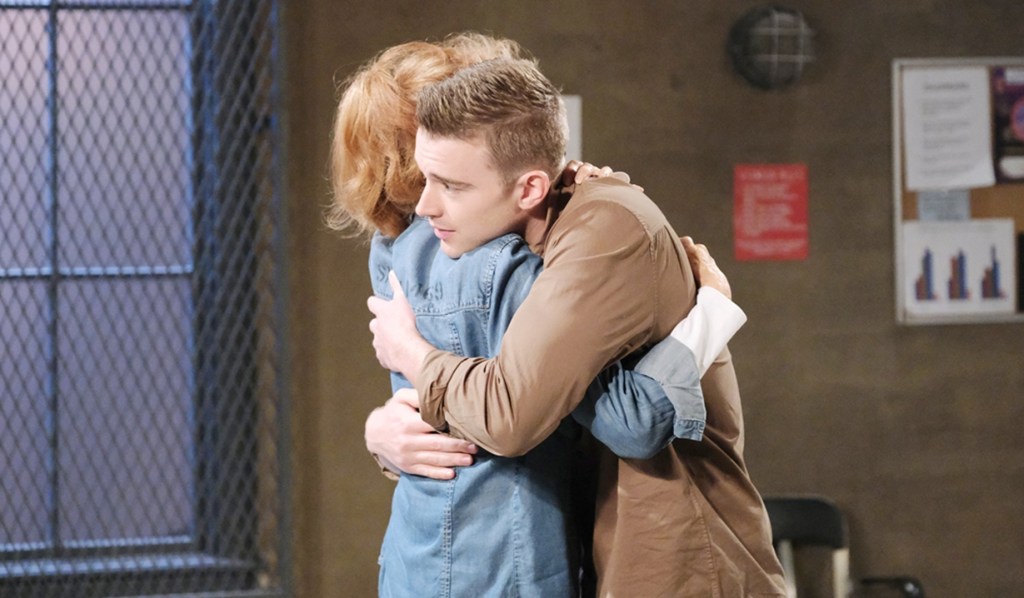 Onboard the company jet, Brady and Xander bicker on route to France. Xander hopes they find Sarah before Kristen does. Brady insists she won’t hurt Sarah but Xander’s unconvinced. Brady tells him Sarah may be with Rex. Xander snaps at him and Brady snarls back, “You stole my baby you sonofabitch!” Xander recaps it wasn’t about hurting anyone. Brady’s already heard it from Victor – there’s no justification for what they did. Xander recalls protecting Maggie, who now knows the truth. Brady grimaces, but feels it was bound to come out. They debate whether Kristen’s a psycho, and Xander reveals she tried to steal Sarah’s baby. He describes how Kristen tried to get him to help her steal Sarah’s baby from her womb and implant it in hers, then explains that Dr. Rolf was supposed to perform the procedure, but Kristen was already pregnant. It’s the only reason she didn’t take Sarah’s baby and Xander feels she’s undeserving of sympathy. Brady concludes they both want to find Sarah and warns Xander nothing will stop him from reuniting Kristen and Rachel. Xander replies, “We’ll see about that.”

In Paris, Kristen comes upon Rex. She removes his gag and he tells her Sarah and the baby are gone. Rex suggests trying the train station, which Kristen agrees makes sense. He’ll help her if she unties him. She frees Rex but won’t let him call the police – she’s wanted for attempted murder. Rex learns she stabbed Victor. Kristen pleads for his cooperation and he agrees.

In the train station in France, Sarah tells the baby as soon as they get on the train no one will find them. She pulls out a cupcake to celebrate the child’s one-year birthday and flashes to marking last Mother’s Day with Maggie. Sarah recalls Xander’s devotion while she was pregnant and while delivering her baby; he was their hero. “Or so I thought.” She remembers her child looking like a different baby in the hospital and says, “It was you. Kristen and Brady’s baby. My baby was dead.” Sarah tells Rachel she will always be her little girl. Suddenly, Kristen appears. 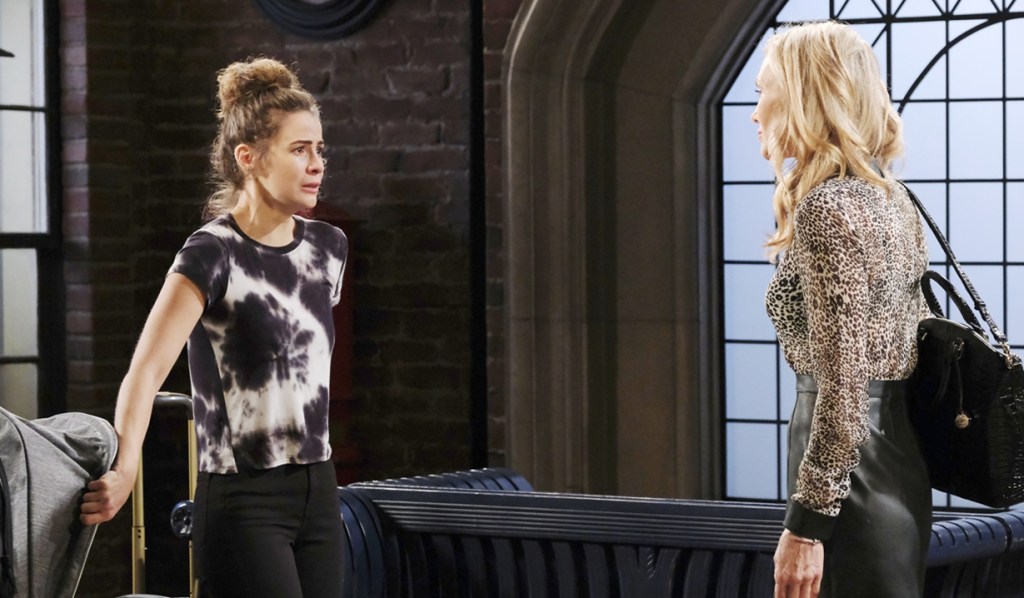 In the square, Kate gets a call from Mimi asking about Rex, who was due home yesterday. She disconnects and is stunned to see Jake, presuming he’s Stefan. He informs her he’s Jake. Kate recalls Gabi thought she saw Stefan. Realizing she knows Gabi, Jake asks, “What the hell is her deal?” Kate explains Gabi and Stefan were deeply in love. Her world was shattered when she lost him. If he’s Stefan, it would be terribly cruel not to be truthful with her. Kate hopes she won’t give her reasons not to trust him as Stefan did. After, he takes a call and tells the person to call off the goons – he’s doing the best he can.

In Ben’s suite, Ciara’s upset he could have been killed and wants him to quit working with Jake. Ben reminds her they’re supposed to be celebrating tonight and won’t let the goons ruin it. He has a surprise planned.

In the park, Ben presents Ciara with Chinese takeout and flowers like on their first date. They kiss. He recalls celebrating his job with Stefan, and now it’s a job with Jake. They reflect on him earning her family’s trust. Ciara thinks he’s amazing. Ben presents her with a fortune cookie. Inside, the slip of paper reads, “Will you marry me?”

Adrienne is remembered by Sonny and Will.

Eli Reams Lani Out for Helping...

Kristen and Sarah Face Off and...