Friday May 8, 2020: On Days of our Lives today, Eli takes Ben's statement and files a report on the attack, Jake responds to Gabi's kiss, and Victor's upset to learn Maggie knows the truth. 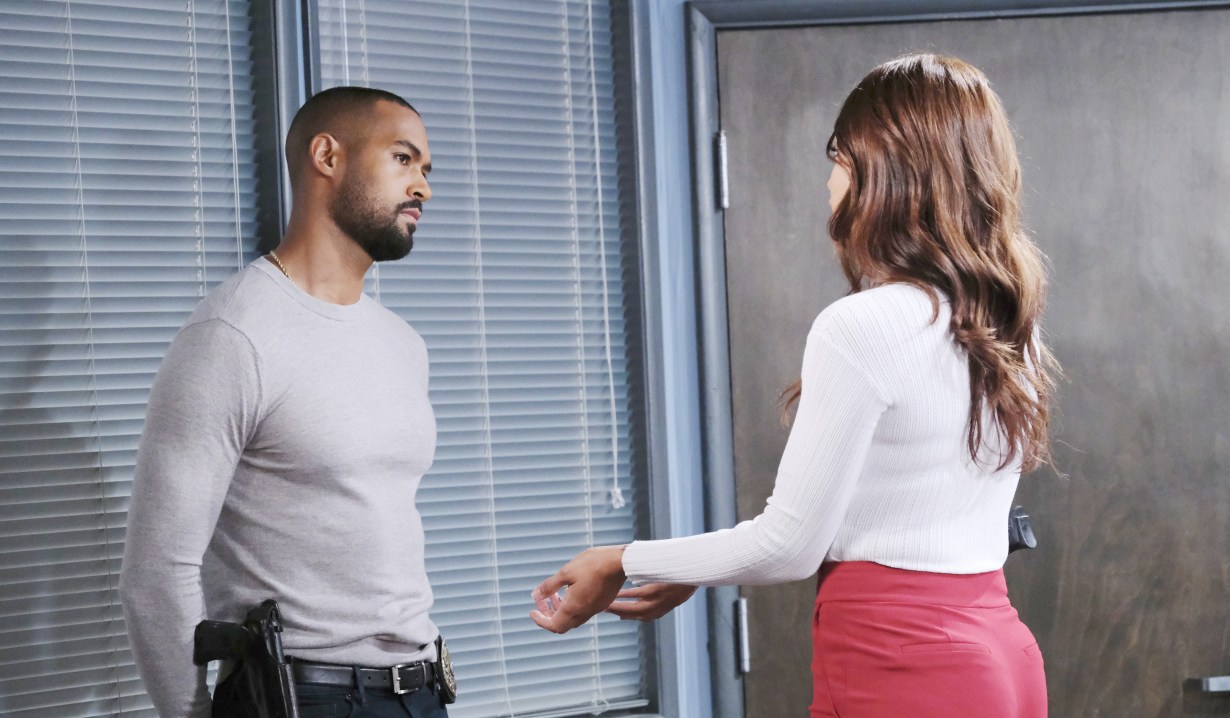 At the Kiriakis mansion, Xander flashes to Sarah yelling at him about the baby swap. He calls her.

In Paris, Sarah is packing when Xander calls. Rex yells to answer it through his gag but she sends it to voicemail so Xander leaves a message to call. She releases Rex’s gag and he tries a last-ditch effort to stop her from disappearing. She gags him again and bumps into the nosy neighbor, Jeanne Marie when she opens the door. She hears Rex groan and pokes her head inside and starts asking questions. She says hello to “Chad” and is glad the couple made up. She doesn’t comment on Rex being bound and gagged but adjusts her glasses and tries to move in closer. Sarah stops her. “Chad” has the flu so the lady goes. 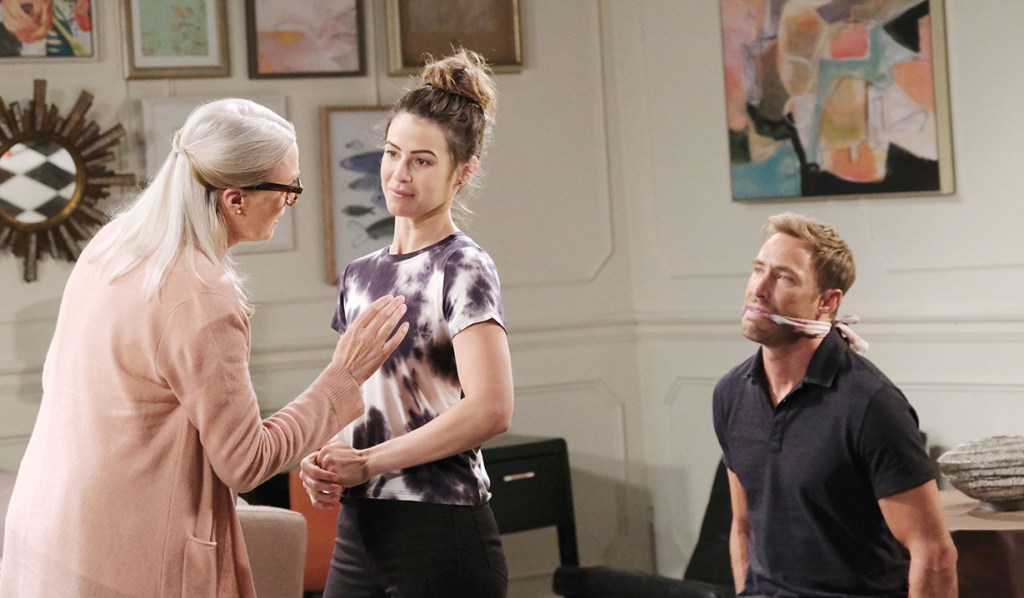 Lani arrives at SPD. She asks to talk about what happened with Kristen. Eli says there’s nothing to discuss. The surveillance video says it all. She helped Kristen sneak out of the station. And she lied to him. “You helped her evade arrest.” Lani thinks she had good reason to and besides, Kristen is her friend. Eli’s disgusted. Kristen fed Lani a sob story and she’s a wild card. What if she stabs Sarah the way she did Victor? Lani denies she’ll do that. Eli yells, “Why did she pinky swear?” Lani thinks some things are more important than the law. In fact, she’d do the same in Kristen’s shoes.

Above the garage in Jake’s room, he cleans up Gabi’s wound. She wants answers about who he really is. He refuses a DNA test so she kisses him. After, he demands to know what the hell is wrong with her. She says she knows he’s her husband. “You’re standing in front of me by the grace of Rolf or God. Whatever!” Gabi grins. He kissed her back. Jake yells that she ambushed him. They argue about whether or not he’s Stefan. He sarcastically asks if she’s on any prescription medication. Gabi holds her head in frustration. Downstairs, Ciara finds Ben on the floor out cold. He comes to and tells her two goons showed up thinking he was Jake and attacked him with a crowbar. Ciara kisses him and asks him to go to the hospital but he refuses, thinking it’s just bruised ribs.

Xander visits Victor in the hospital with a plant. He asks, “How are you feeling Uncle?” Victor says, “Like I got stabbed in the chest by a knife-wielding maniac.” Xander tells Victor he went to see Maggie and she now knows the truth about killing Sarah’s baby. Victor’s pissed. Xander had no choice – Maggie had a lot of questions and would have gotten them from somewhere else. Victor is grateful to his nephew and says he’s proven to be a true Kiriakis. Victor’s proud. 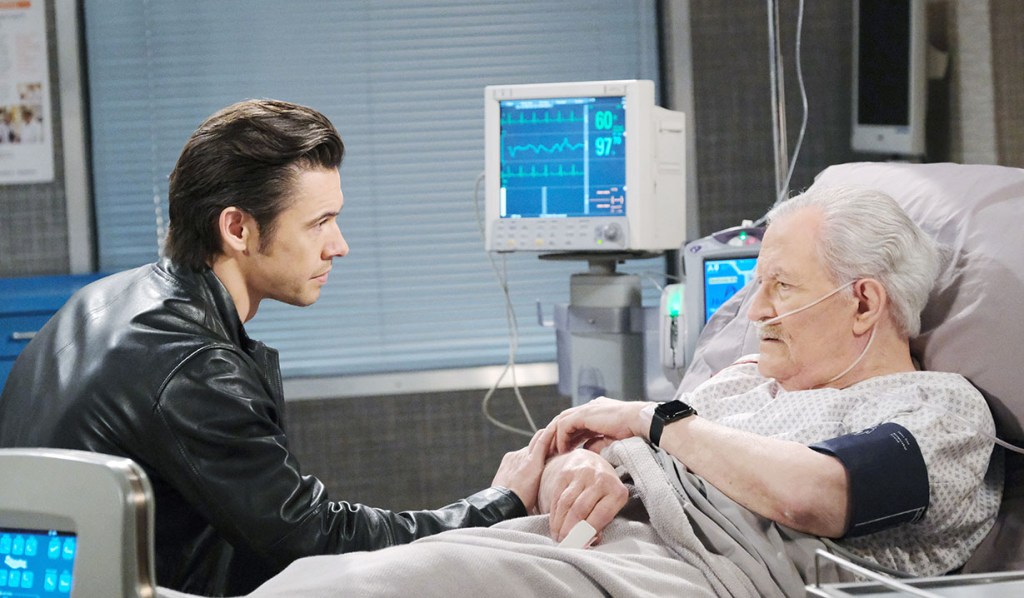 More: Where are they now – cast of Melrose Place

At the pub, Jennifer and Jack discuss Abigail’s mental health issues. Jennifer cries, worried they’ll have a repeat of what happened last time. Jack reminds her that Abby was drugged. It’s not the same. Jenn can see Jack’s in denial. Jack wants to remain positive. He hopes Gabi “finally gets what she deserves.” 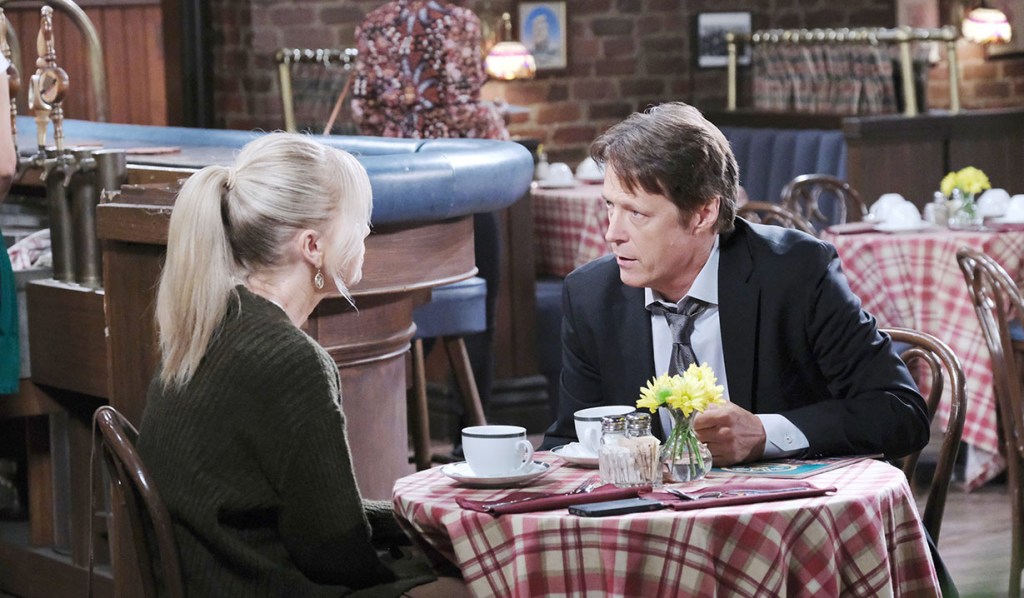 Back at SPD, a call comes in for police work and Eli refuses to let Lani go with him. Brady appears once he’s gone and tells Lani he’s been released but Kristen has disappeared. Lani admits she helped because Kristen has a chance to see her baby again. Brady’s grateful. Lani fills him in on her and Kristen using Theo to get intel on Sarah. Theo calls. He tracked a call on Sarah’s phone to Paris. Brady’s happy and takes off.

Eli arrives at the garage to take Ben’s statement just as Jake’s manhandling Gabi down the stairs. Eli turns and gasps, “Stefan DiMera?” Gabi gestures, “I told ya so.” Jake and Gabi learn Ben was attacked by men looking for him. Eli starts asking questions as Jake’s wheels start spinning. Eli asks if they were looking for Stefan or Jake. Jake hesitates. Eli will file a report. Jake asks Eli to ensure Gabi stops “stalking him.” Gabi says fine but she vows to figure out the truth about his identity. Later, Ben is positive the goons were looking for Jake – and something he possesses. He asks what it is. 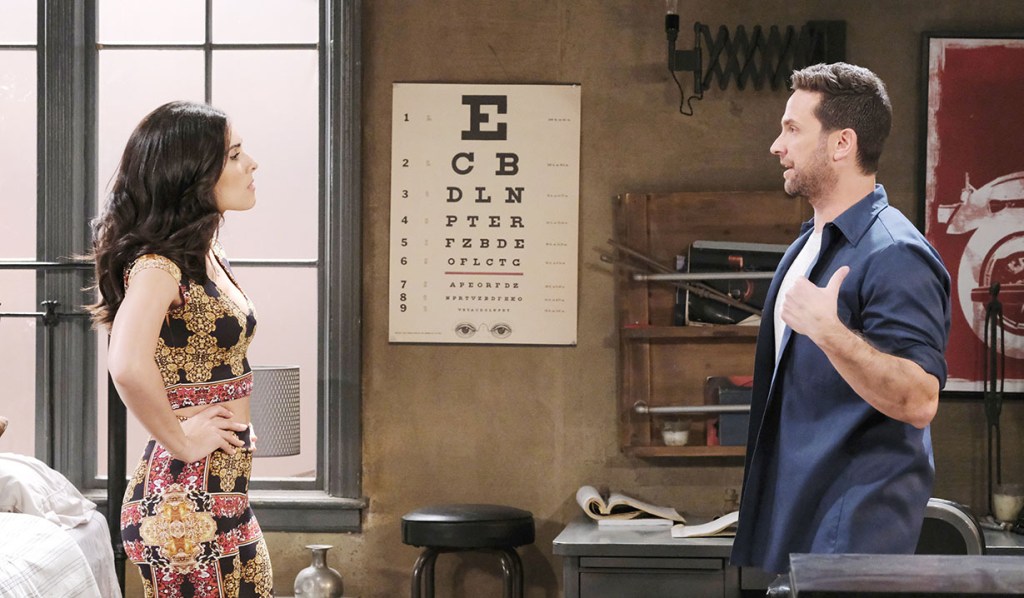 Back at SPD, Eli begrudgingly gives Lani the update on Ben’s attack. Lani asks if he’s going to rat her out to Rafe but Gabi interrupts. She needs to talk to a prisoner – Dr. Rolf.

Brady runs into Xander on the Kiriakis plane. “What do you say we get this bird in the air,” Xandy says.

Kristen arrives in Paris outside Sarah’s door. It’s unlocked so she lets herself in.

Ben Proposes to Ciara With a Note in...