Maggie Sobs Upon Realizing That She Killed Not Only Adrienne, but Her Own Granddaughter

Wednesday May 6, 2020: On Days of our Lives today, Zoey taunts Sonny about taking the stand, Orpheus tries to overstep his boundaries with Zoey, and Sarah tells Rex her mom is to blame for killing her baby. 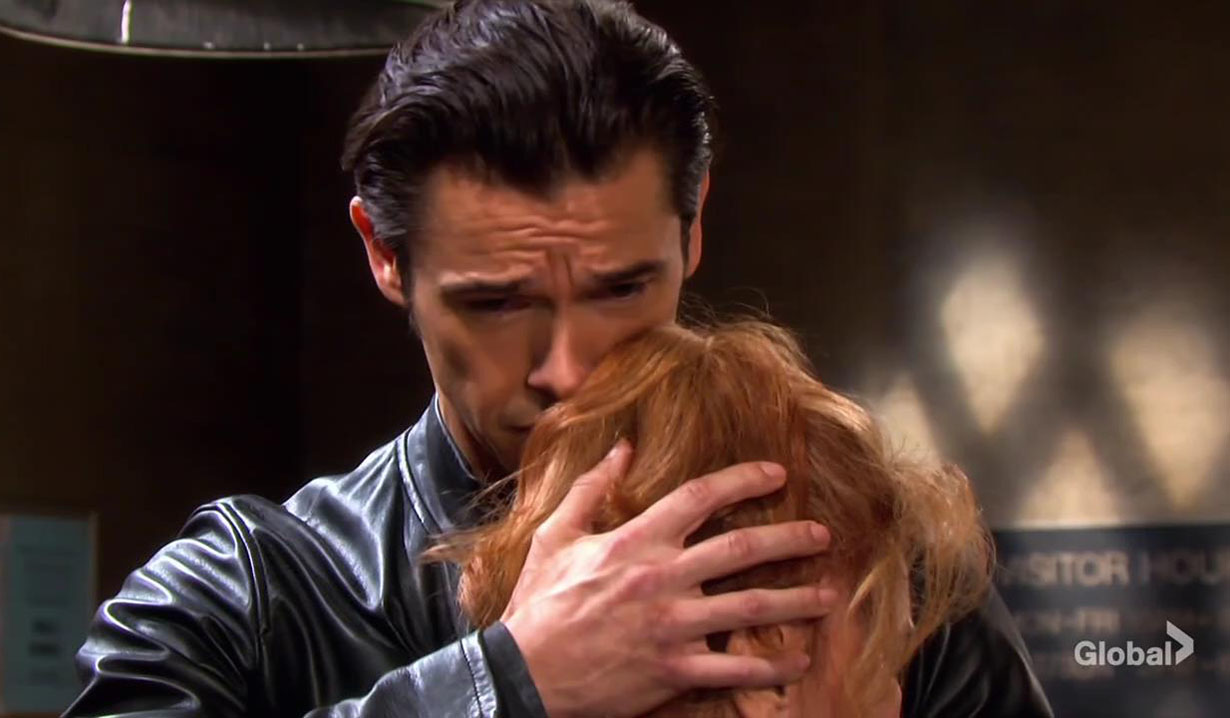 Zoey stops Sonny from heading into the courtroom to testify against Evan/Christian. “I wouldn’t do that if I were you,” she says. She’s his lawyer and will tear him to shreds. She’ll dredge up his sexual relationship with Christian. Sonny has nothing to hide. He’s not deterred by her threats and goes inside. Orpheus appears. Christian is on his way and Orph wants to talk strategy. Zoey doesn’t want to share her plan. Orpheus starts to tell her his plan but she stops him – Christian isn’t taking the stand. As they talk, Zoey admits she knows he has something to hide. 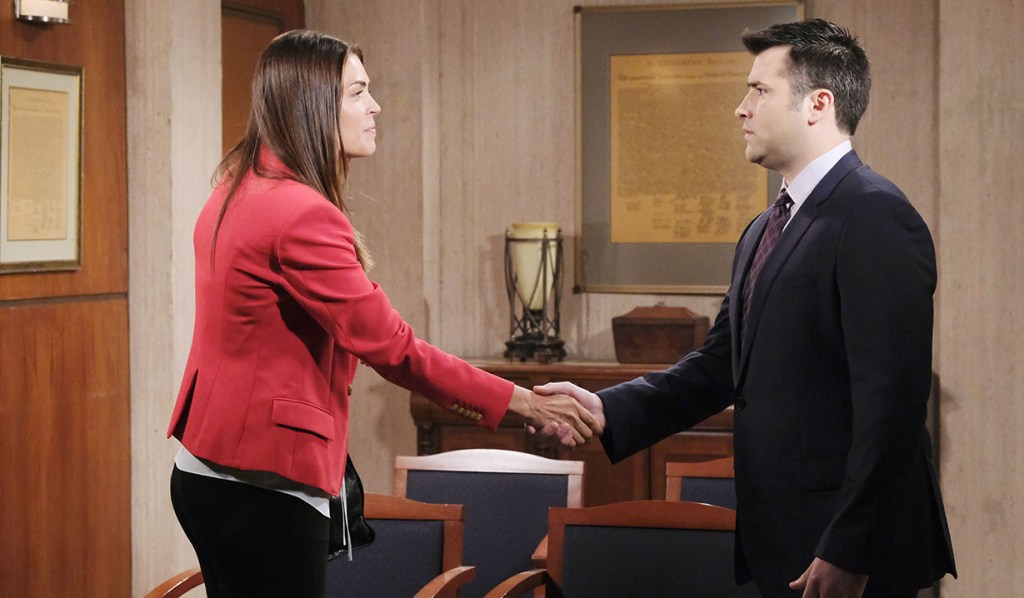 Eli becomes concerned at SPD watching Lani help Kristen escape. Rafe appears and Eli hides what Lani did from Rafe. They talk about Christian’s case and Rafe heads to the courtroom while Eli calls Lani.

In the no-tell-motel, Kristen is positive Rex knows where Sarah and Rachel are. Kristen has to go before Sarah goes on the run. Eli calls and Lani sends it to call answer. Eli leaves a message to come to the station to discuss Kristen DiMera’s case. Kristen wonders if he tracked them down. Lani says they’ve been careful. Lani calls Theo to help track Rex down. Later, she’s called Theo who is tracking Rex’s phone and will call if he gets a hit on it. Kristen thanks her for everything. Lani goes and Theo returns his sister’s call with news… 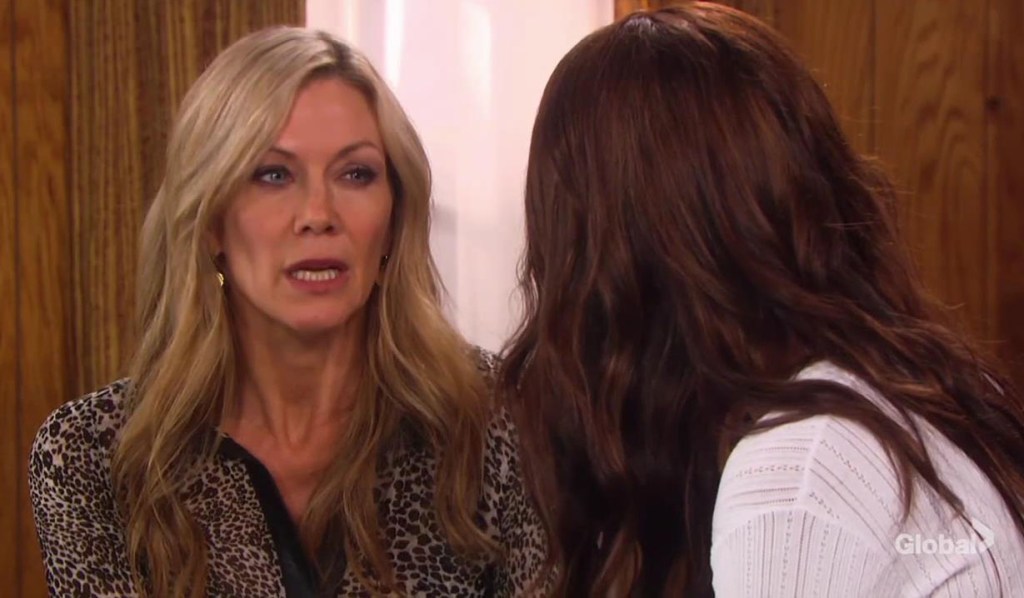 In Paris, Sarah tells Rex that when she was in labor, her mother was drinking and ran her off the road. She killed Adrienne and Sarah’s baby. Rex is shocked. How did it happen? Sarah blames her sister Summer who came to town dying. She made ugly accusations of her mother, blaming her for her own alcoholism and inevitable death. Then Maggie started drinking. Rex starts to defend Maggie but Sarah grits her teeth and blames Maggie, calling it a choice to drink and to drive. Sarah cries, wishing she could turn back time. Rex knows. He knows Maggie’s hurting too and thinks only Sarah can make this better. Sarah screeches that drunk driving is unforgivable. Rex agrees. They go over why she doesn’t think she can return to Salem, knowing Kristen will take her baby. She sobs that she’s not ready. He knows. She plans to run off.

At the prison, Maggie is horrified to learn that the baby Sarah was raising was, unknown to her at the time, Brady and Kristen’s. Maggie finds that crazy. Xander says DNA tests prove it. Maggie mutters that it must have been a mistake so Xander admits he switched babies on purpose. Maggie now understands why her daughter called off the wedding. Maggie asks why. “We were only trying to protect her,” he says, slipping up. Maggie realizes he didn’t do it alone. Victor was involved. Xander admits they did it for Maggie and wanted to prevent Sarah from being hurt. Maggie’s angered. What they did was wrong. Xander sees that now. Maggie’s glad Sarah learned the truth before she married him. She doesn’t understand how Mackenzie died. Maggie knows she was in the hospital. “So what happened?” Xander asks her to let it go but Maggie’s wheels keep turning and she starts to realize the baby died as a result of her running Adrienne and Sarah off the road. She sobs, “I killed my own granddaughter,” and begins wailing. Xander holds her close. 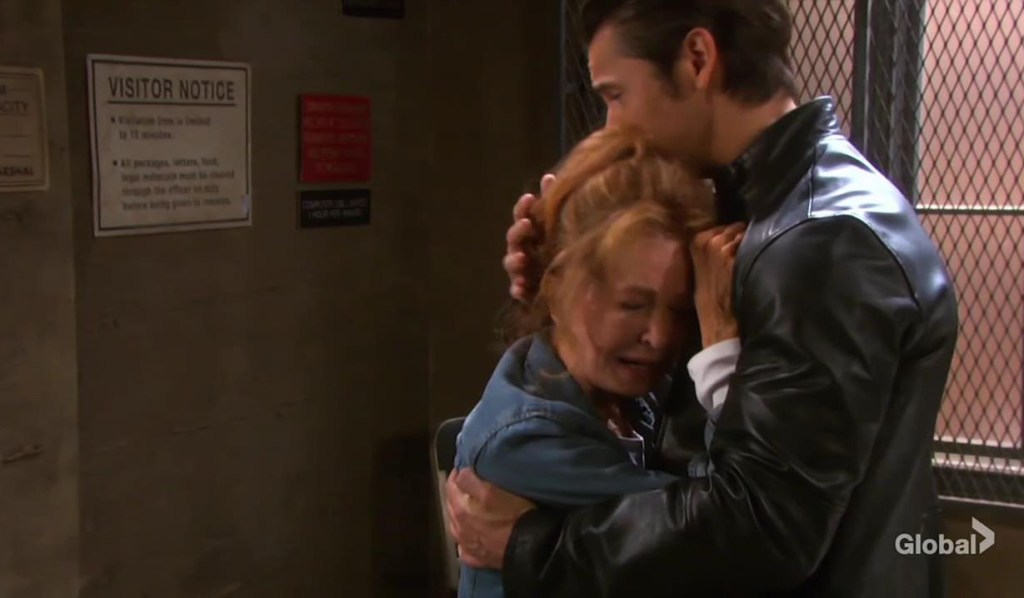 More: Did Evan cause Adrienne’s accident?

Rafe arrives at court. He has words with Orpheus. Rafe is adamant that he’ll win custody of David, especially when it comes out that he murdered Jordan. Zoey begs to differ. “My brother didn’t kill Jordan. You did,” she says. Rafe calls that theory ridiculous. Zoey talks about how Rafe hated her when she poisoned him and then killed her and framed her brother. Rafe asks, “What are you smoking?” Orpheus agrees that Zoey’s theory sounds right. Rafe thinks she’s as bad as her father and brother and says nobody will buy her story. And Christian deserves jail time. Zoey shrugs. He’s entitled to his opinion. He goes inside and Orpheus calls his daughter’s tactics a stroke of genius. Again he asks why she’s not putting Christian on the stand. Zoey says he gets jittery. Orpheus knows there’s more. Did her brother say something to her? Zoey has to dash – the trial is starting soon.

Lani returns to SPD and Eli confronts her about helping Kristen escape.