Wednesday April 22, 2020: On Days of our Lives today, Brady realizes Victor's behind the baby swap, Kristen lashes out at Eric, and Abby and Chad argue about Kristen. 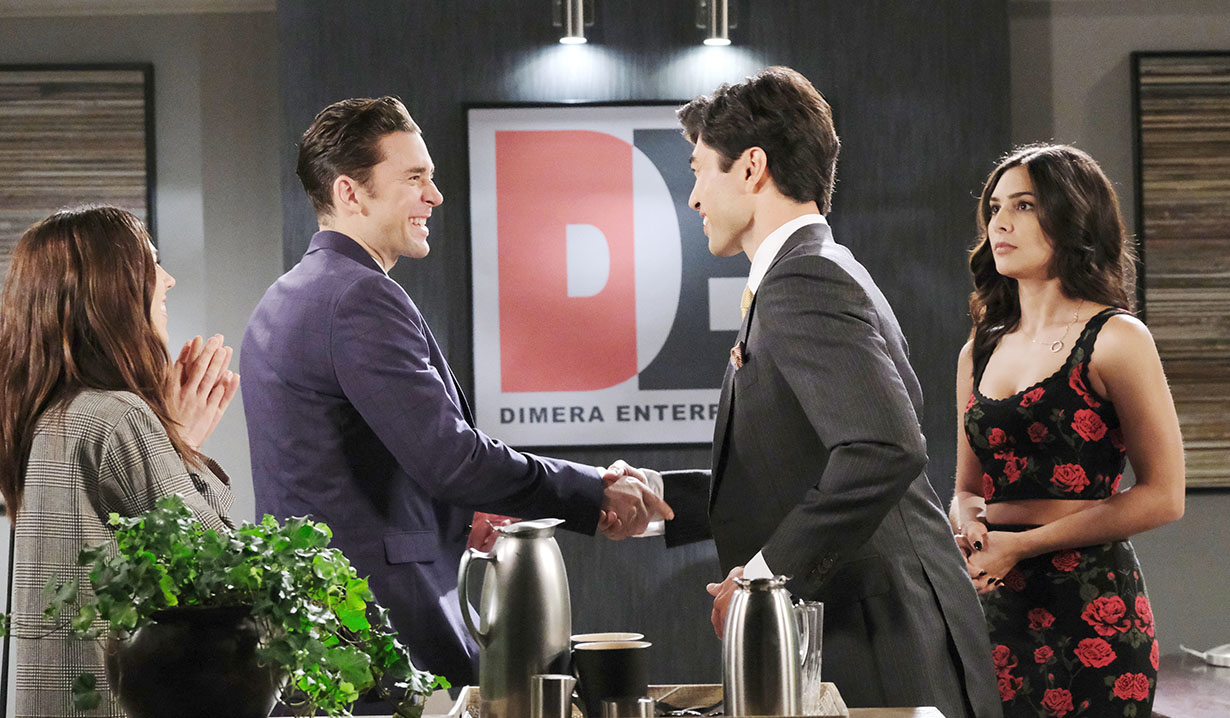 From DiMera Industries, Gabi thinks she sees Stefan in her office but when the man turns around, he introduces himself as Li Shin, (played by Remington Hoffman), who is Mr. Shin’s son. Gabi apologizes – she didn’t recognize him. She thought he was… “Your dead husband,” Li finishes. He’s tasked to assess the situation and decide who the new CEO will be. He has reservations about her history but she hopes he doesn’t hire Chad. Li argues that Chad was able to get all those shares for DiMera. Gabi reminds him Chad locked her and Kate in the DiMera wine cellar. She calls him unstable.

More: Will Orpheus and family stick around?

At the DiMera mansion, Chad tells Abigail that Xander switched his sister Kristen’s baby with Sarah’s and that once Sarah found out, she kidnapped Rachel. Abigail drinks as she takes Sarah’s side, assuming she was devastated by the news. Chad’s stumped that she can see Sarah’s perspective. Chad argues that his sister wanted a child her whole life and what Sarah did was cruel. Abigail says it’s not as if Kristen didn’t do nasty things in her life. Chad asks if she thinks Kristen deserves it. Abigail doesn’t really know what to say. She recounts a few of Kristen’s misdeeds and Chad starts yelling. If it wasn’t for Kristen, JJ and Haley could have been happy together. Chad concedes that the baby swap ruined many lives. They get frisky and Abigail drinks some more. Soon, Chad’s called to work. 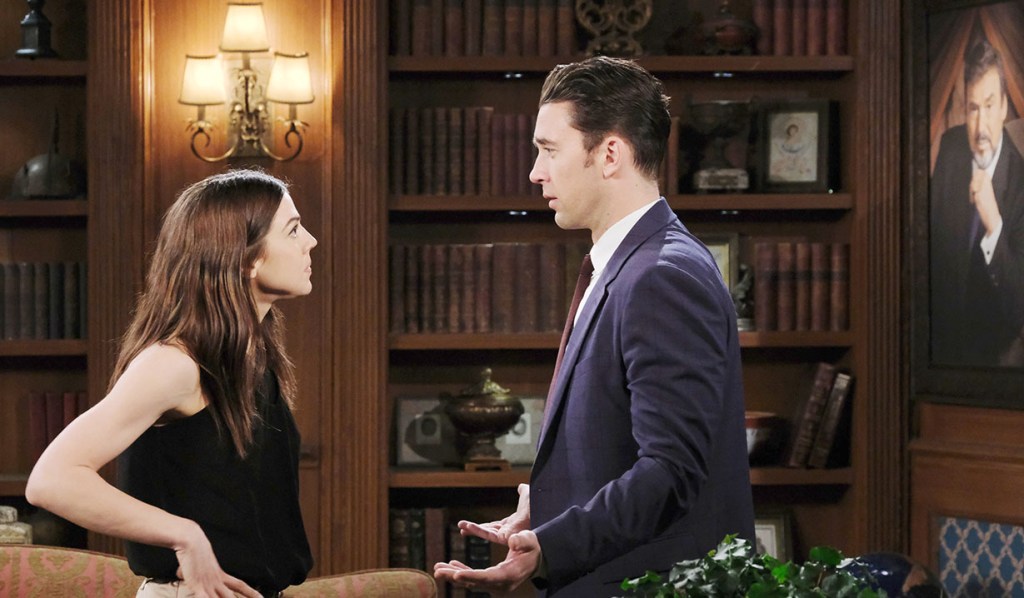 In bed at the Kiriakis mansion, Xander flashes to his entire relationship with Sarah, reminiscing about the best times up and until she dumped him at the wedding. He wakes up with a start to Victor sitting nearby. “Welcome to the land of the living,” Vic snarks. Victor throws a bottle from a mini-bar at him and gripes about hearing he trashed his office. Xander explains that Sarah found out the truth. Victor asks how he could be so stupid. They need to keep Maggie in the dark. If she learns she killed her own granddaughter, it’d destroy her. Xander’s astounded to hear Sarah fled the country with Rachel. Xander worries about Sarah. Downstairs, Will can’t stop thinking about the kidnapping and how they could have stopped her. Sonny tells Will not to blame himself. They should be blaming Xander who Sonny calls “slime.” Sonny relays that Maggie killed Adrienne and Sarah’s baby, making Will feel for her all over again. Sonny thinks she should be told before she sees it on the news. Will elects to tell her. 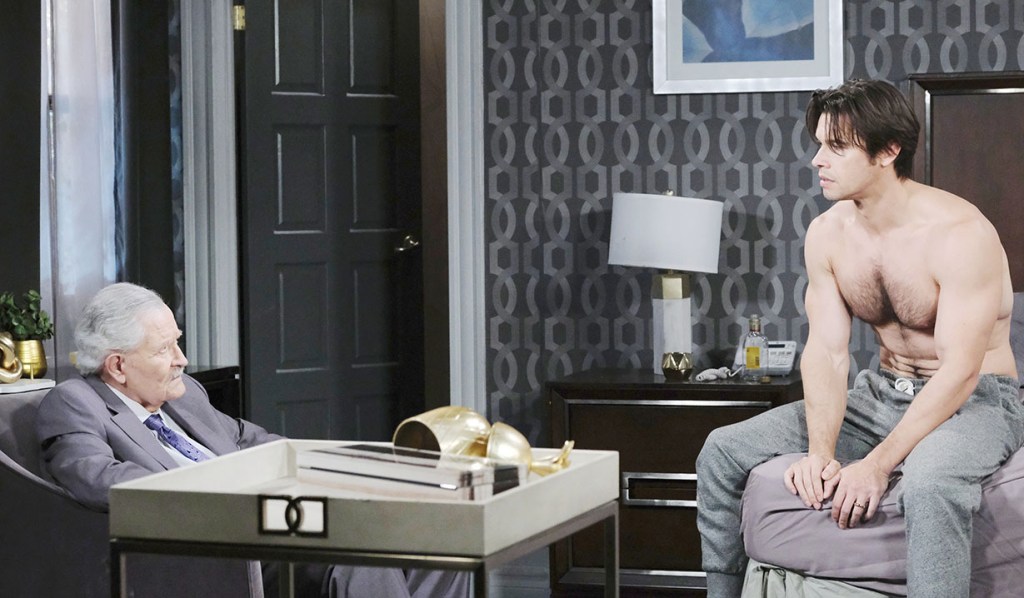 At SPD, Kristen worries about Rachel. What if her baby is hurt? Nicole comforts her. Sarah loves her and would never put her in danger. Eric tries to diffuse her anger. Brady appears. The ISA made contact with the plane and there was nobody on board. The pilot arrives. He flew Sarah to London and she didn’t tell him her news. He apologizes. As far as he knew, she was the baby’s mother. He mispronounces Xander’s name, saying he thought Mr. Krackers was meeting her in London. Kristen flips out on the man and then Eric for not allowing her to go get her baby right away. “We had to put Sarah’s feelings first.” Kristen cries and then apologizes. If it wasn’t for him and Nicole, she and Brady never would have known Rachel was alive. Brady sends Kristen home to rest and starts to blame himself for not knowing Rachel wasn’t his. Kristen always had that connection, he muses. Brady starts remembering that Victor pushed Xander to get Tate tested for a bone marrow match. Brady takes off.

Abigail and Chad arrive at DiMera and overhear Gabi calling him unstable and then reminds Li that he fired Chad for sexual harassment. Abigail corrects Gabi that he was innocent. Chad and Li clasp hands and Li admits Gabi made some good arguments against Chad becoming CEO. He knows both their strengths and weaknesses and is prepared to make a decision.

At Salem Inn, Kristen sleeps and flashes to losing her baby. She wakes up and runs to find her baby.

Back at the “Krackers” mansion, Victor finds Will and Sonny and begs them not to tell Maggie about killing her granddaughter. They agree and go off to tell the rest of the family. Brady approaches and confronts Victor about letting him think his daughter was dead. Upstairs, Xander leaves a message for Sarah to call. Kristen appears and snaps at him. 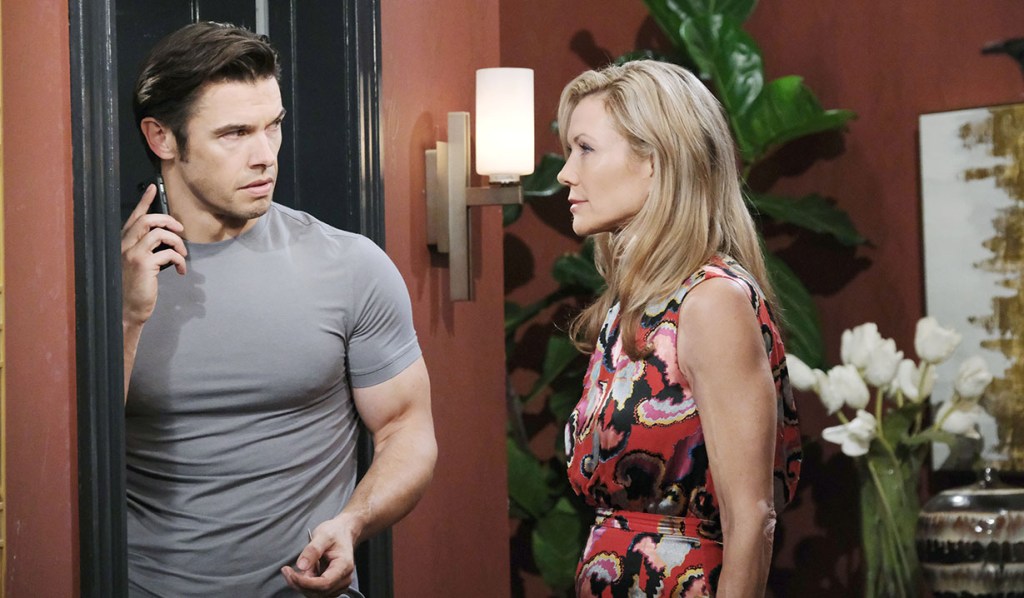 Sarah lets herself into Abigail and Chad’s Paris apartment. “Welcome to our new home, Mickey,” she says.

Kristen does the unthinkable. 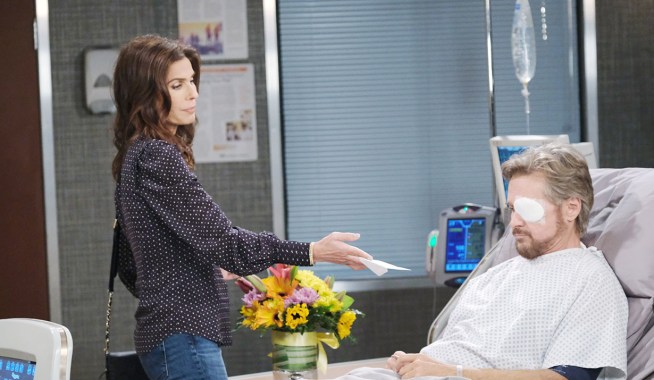 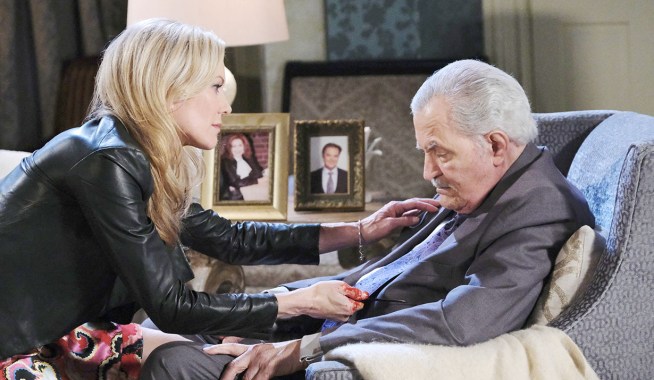