Monday April 13, 2020: On Days of our Lives today, Steve remembers Kayla, Kristen is released from the hospital program, Nicole and Eric reveal the truth to Brady, and Sarah orders the wedding to begin. 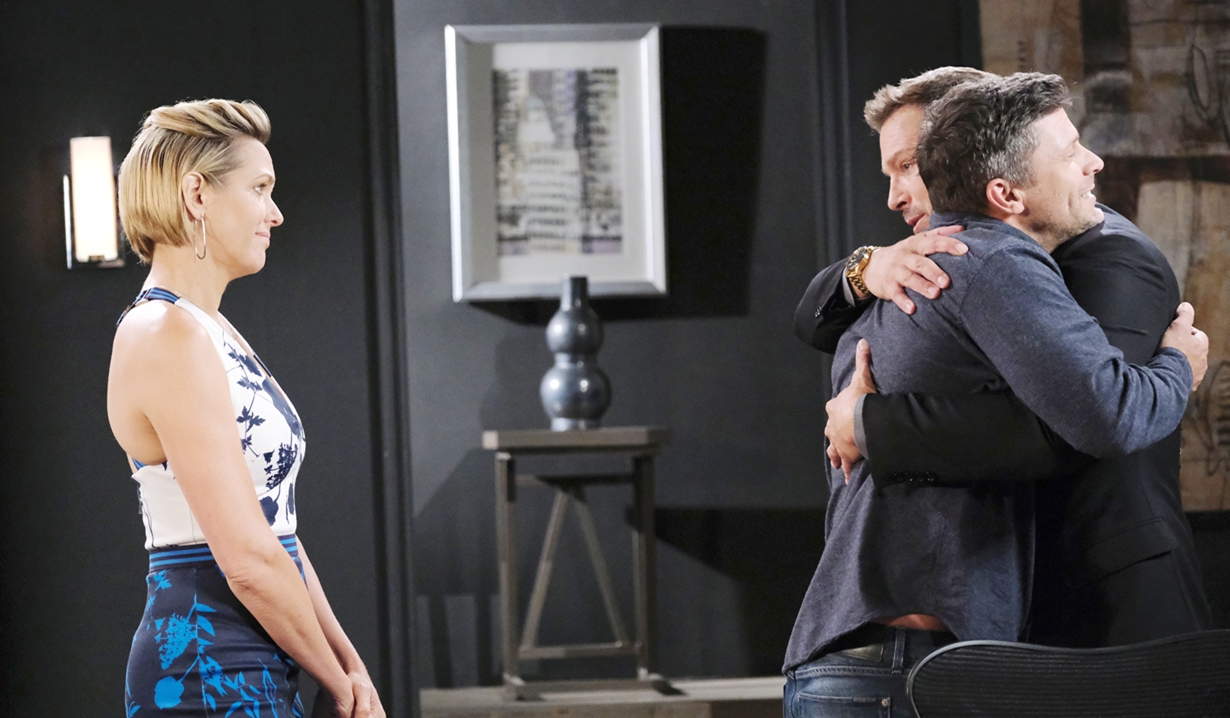 At the hospital, John tells Marlena he feels terrible for Kayla. Marlena thinks Steve’s love for her is inside him. In Steve’s room, Kayla describes how he signed on their wedding day to give her the courage to come back to him – she needs him to find the same strength now. Steve knows she wants him to remember, but he just can’t! Kayla recaps how he never quit on her and the kids; she won’t quit on him now. She begins reciting the words he spoke at their wedding and Steve takes over as Kayla cries, “You remember.” Steve gasps tearfully, “Oh Sweetness!” and kisses her. They embrace, sobbing, as it all comes back to him. Kayla explains Rolf implanted a microchip containing the essence of Stefano in his brain…it’s been almost 2 years. Steve adamantly wonders what Stefano made him do. Kayla admits Stefano had two goals… Though his kids put a stop to him taking over the DiMera Empire, he kidnapped Marlena through Steve. He’s happy to hear that Marlena is okay and knows the only person Marlena wants to be with is John. Steve places his hand on Kayla’s and says, “Just like the only person I want to be with is you.” He was on his way home to Kayla when Stefano’s men picked him up. Kayla cries about the divorce papers. She thought he didn’t love her and moved on with someone else. 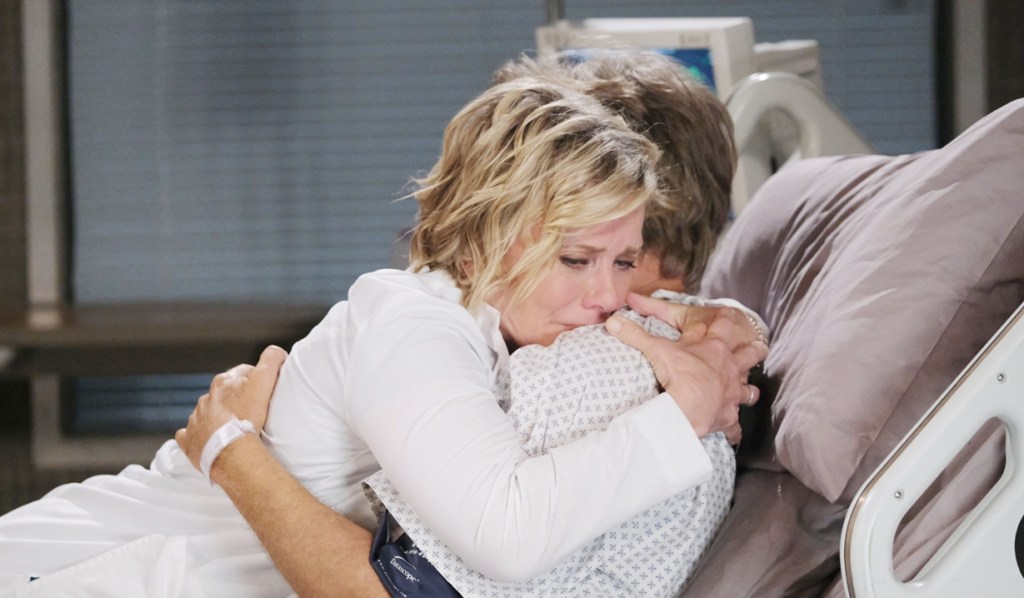 Elsewhere at the hospital, Kristen refuses to give up the baby she’s holding. Marta, (played by Dasha Flynn), works to persuade her as John and Marlena enter. Marlena tells Kristen she’s very good with her as she takes the baby. After, Kristen and John discuss the intensity of the scenario and Marlena breaks the news to Kristen that they want her to leave the program. Kristen refers to herself as a crazy woman and talks to Marlena about dragging Brady down. Marlena thinks she could use someone to talk to and rubs her shoulder. Kristen nods – she has to accept Rachel’s gone. John appears and he and Marlena offer to stay with her. Kristen thanks them but has somewhere to be. 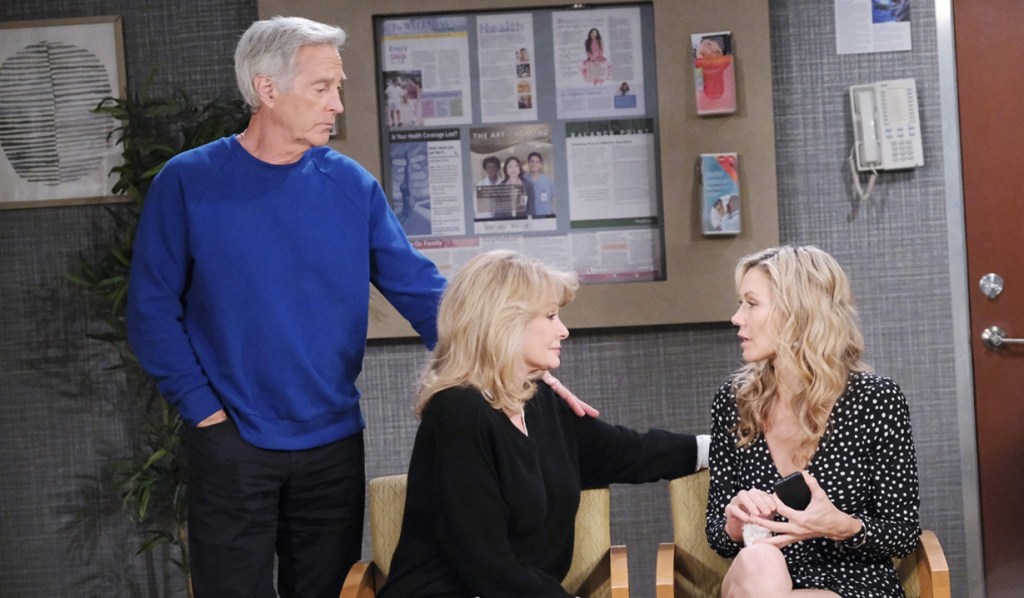 At Basic Black, Eric tells Brady his news is about Mackenzie. They assure him the baby’s still in remission before Eric reveals she’s not Brady’s niece…she’s his daughter. Brady’s stunned. Nicole confirms it’s true – the baby is Brady and Kristen’s. Brady stammers emotionally as realization dawns that Rachel is alive, then tells Eric he’s sorry. They embrace. He thanks Nicole and asks if Sarah knows. Eric confirms she does. Brady knows exactly what she’s going through. He pounds on the desk at the hospital’s incompetence. Nicole tells him the babies were switched on purpose. Brady learns what Xander did and wants to kill him. Eric warns they need to let Sarah handle this her way. They urge Brady to go tell Kristen the truth. Brady and Eric exchange I love yous and embrace then he leaves. 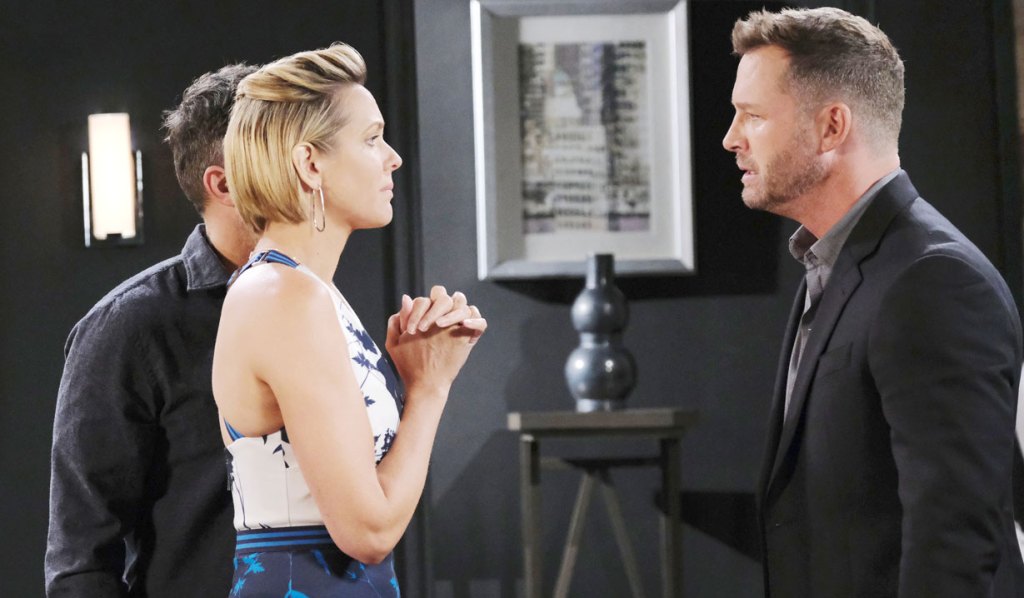 Kristen lays flowers on Rachel’s grave and recants how having to hand over the baby at the hospital earlier reminded her of how she handed her healthy baby girl to a nurse then never got to hold her again. Kristen stands and says goodbye to Rachel but Brady appears and pulls her close. 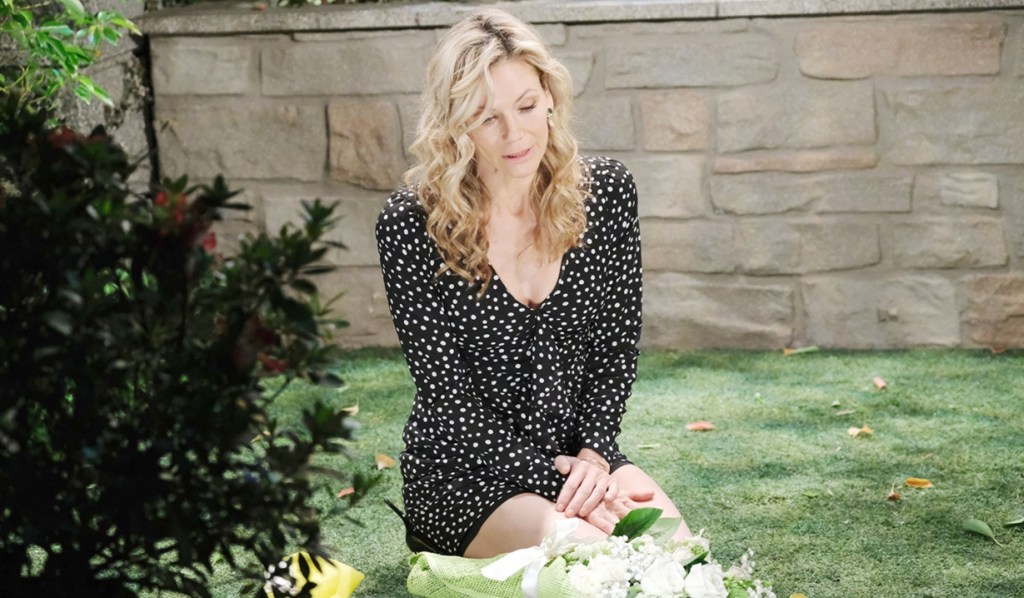 Nicole and Eric arrive home where she encourages him to grieve for his daughter.

In the Kiriakis mansion, Xander’s relieved to see Sarah, who walks over to look at Mickey while flashing to Eric’s revelation that she’s not their child. Xander asks her what’s wrong as she glares at him. Sarah reveals she’s been at Eric’s place. Xander assumes he was giving her grief about custody and fumes, “That baby belongs with her mother.” Sarah agrees. Xander takes her hand and asks her to forget whatever Eric said. She’ll never forget. Xander assures her there’s nothing he wants more than to marry her and take care of Mackenzie. She marvels, “You want this more than anything.” Sarah whips off her jacket and says, “Let’s get married.” Justin begins the proceedings and Sarah allows Xander to start his vows. He starts by needing to tell Sarah the truth… the whole truth. He doesn’t want to lie anymore and still does bad things for bad reasons. The only things he does for the right reasons are for her – and Xander plans to continue doing them until death do they part. Sarah waits for more, but Xander urges her to begin her vows. She recalls how Xander always tried to fix things for her and how she knew the man he was. After a while, it stopped mattering to her because of how good he was to her and Mickey. Sarah remembers how he delivered her baby and held her… Xander confirms everything is about Mackenzie. Sarah agrees and they both turn to Mickey, their only witness today. Sarah brings up how she lied and kept the truth that Eric was Mickey’s father and how Xander backed her up and says, “This all started with a lie.” That horrible night and losing Adrienne… Sarah was so scared to give her baby to the nurse to make sure the accident hadn’t hurt her, but Xander was there, there was no reason to be scared… It wasn’t long until Xander brought the baby back and put her in her arms. “Xander,” Sarah cries. “You took care of everything.” Justin goes on with the vows. Though Xander says ‘I do’, when Sarah is asked if she takes Xander to be her husband, she pulls her hand away and seethes, “How could I marry you after what you did?” 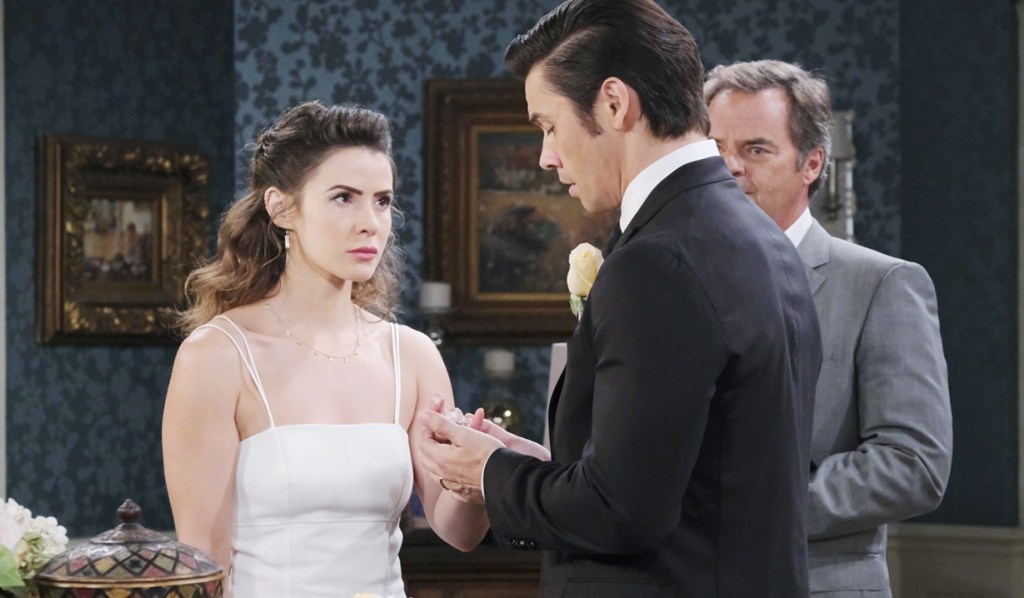 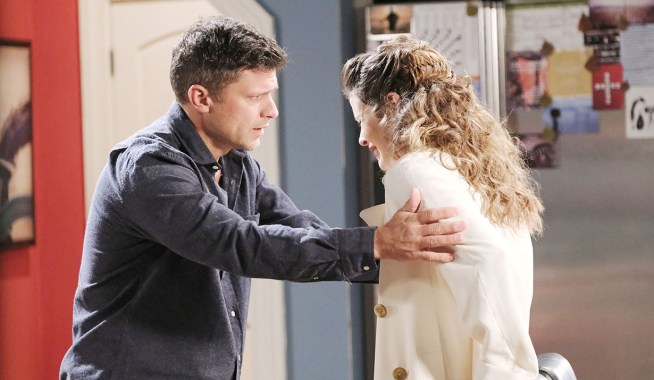 Sarah Is Heartbroken and Sobs As She Learns Mackenzie’s Not Her Baby, but Kristen and Brady's 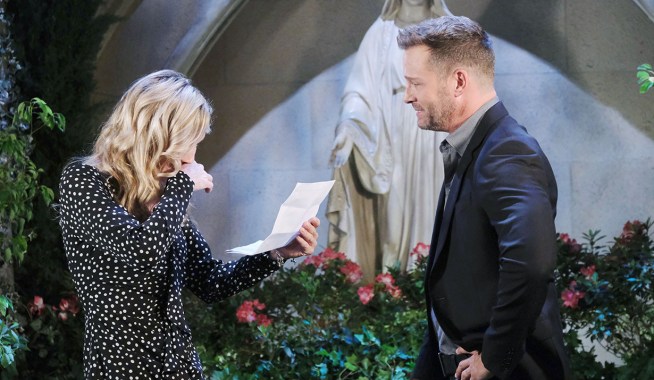