Sarah Is Heartbroken and Sobs As She Learns Mackenzie’s Not Her Baby, but Kristen and Brady’s

Friday April 10, 2020: On Days of our Lives today, Steve has no memory, Kristen gets to hold a baby, and Nicole comforts Brady. 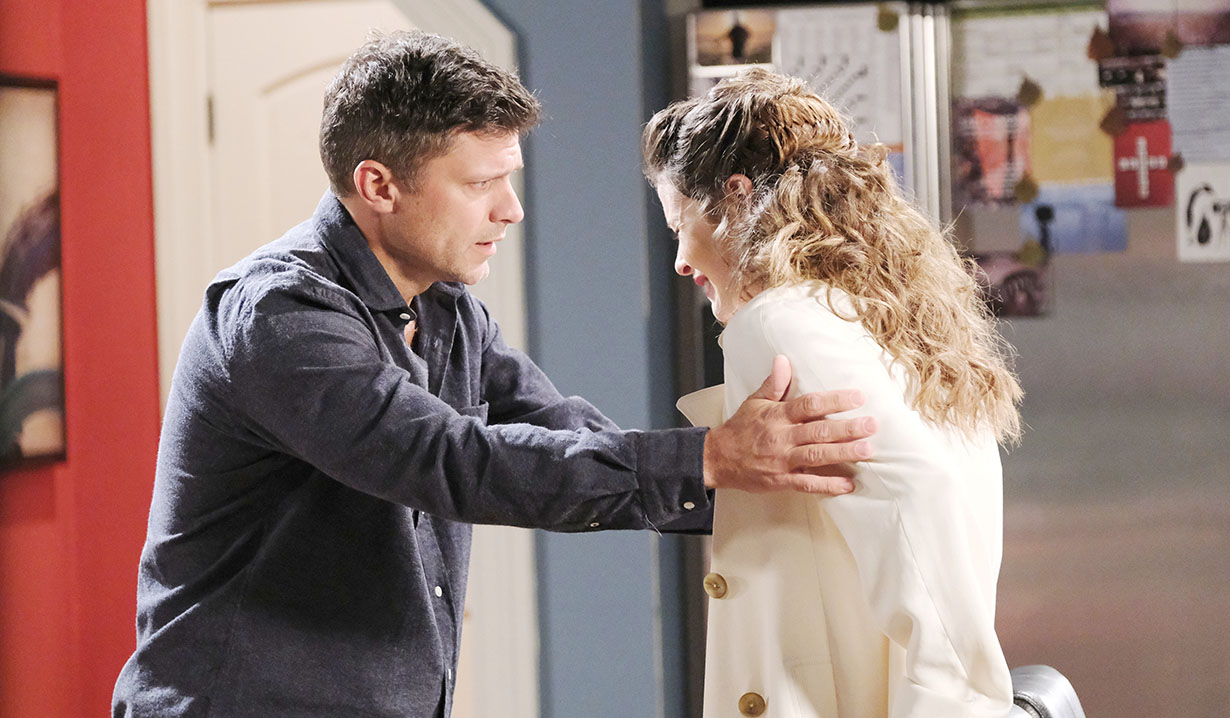 Brady sighs as he comes across Rachel’s death certificate at Basic Black. Nicole appears and sees. He wonders if he’ll ever get over losing Rachel. Nicole comforts him. He asks to resume their discussion about why she went to New York. Nicole says it’s complicated and she’ll wait for Eric to discuss it. Brady tells her Mackenzie’s birthmark is the same as Rachel’s. He admits it’s crossed his mind that Mickey’s his. Nicole looks pained and gulps hard. Brady asks if it’s crazy to think there might have been a baby switch. Nicole says it’s not crazy but she understands why he’d go there. Brady says even if there was a baby switch he wouldn’t want to know. He wouldn’t want his brother to go through what he’s going through. Nic calls him a good person. He gets a call and has to get back to work.

Xander holds Mickey at the DiMera mansion and chats with her about marrying her mother and becoming a family. They’ll be together forever and he’s never wanted anything more. He talks about what he did to spare Sarah pain as Justin walks in. He questions Xander who covers. Justin talks about being nervous about Steve and Kayla reuniting. Xander can understand that, knowing Justin will be left in the dust. Justin shakes his head. They ponder where Sarah is. She’s late. Xander calls Victor who says he hasn’t seen her – she left the prison over two hours ago. 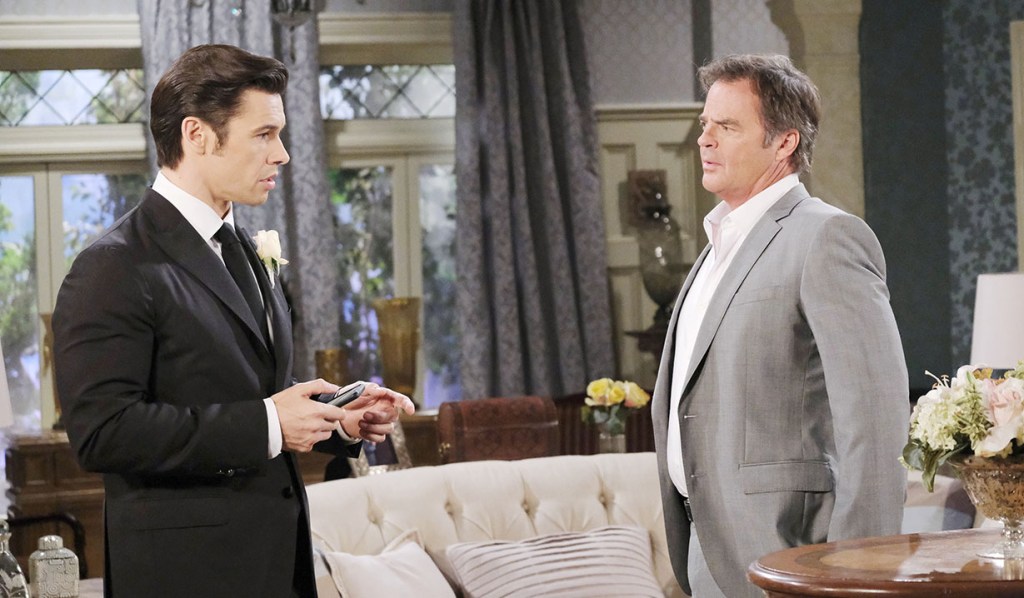 At Eric’s Sarah asks Eric to repeat himself. “Mackenzie is not our daughter.” Sarah finds that ridiculous and grins as if it’s a joke. Eric repeats himself. He wishes this was a lie. Sarah becomes angry. Then where’s their baby? Eric says she’s dead. She was switched with someone else’s. Their baby died in the hospital. Sarah calls it crazy and asks who the baby belongs to. “Brady and Kristen.” Sarah shakes her head in disbelief. Eric shows her the DNA sample test results as he tells her the story of Nicole’s suspicions and DNA tests, then her discussion with Dr. Raynor. Sarah says the test could be faked. “She’s lying to you.” Sarah yells that Dr. Raynor is a friend and colleague and wouldn’t let a mistake like that happen. Eric tells her it wasn’t a mistake. Xander and Victor switched them and paid Raynor off. Sarah starts to defend Xander but recalls that he was gone a while before bringing her baby to her at the hospital. She remembers that her baby looked differently, “Almost like she’s a different baby or something.” Sarah gasps. She sobs and tells Eric the story. She learns he hasn’t told Kristen and Brady. He couldn’t let her marry Xander without knowing what he did. A call comes in from Xander and Sarah ignores it. 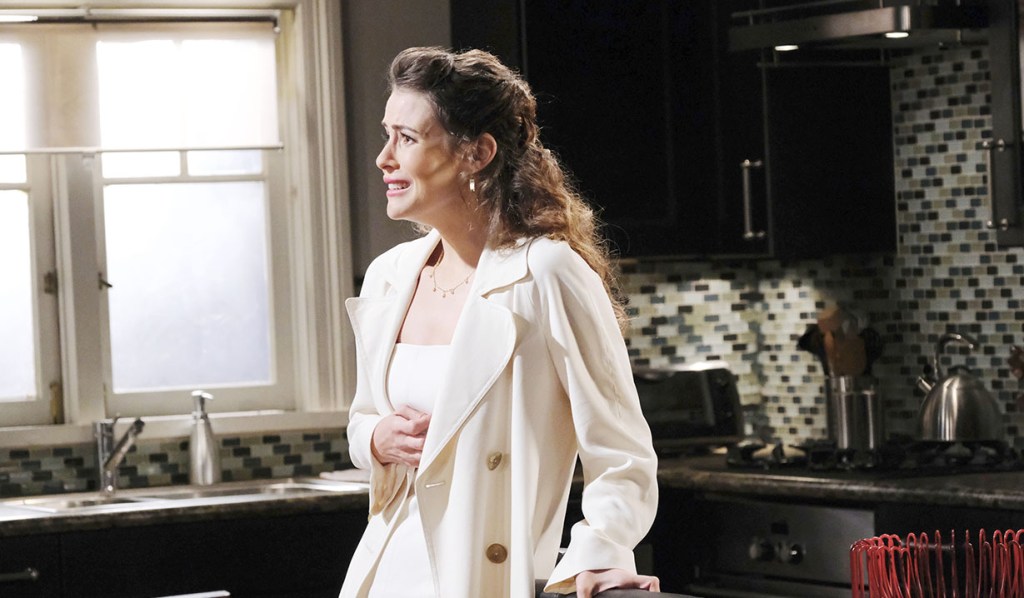 Marlena’s officially released from the hospital but wants to wait for word on Steve. In his room, Steve’s one eye opens as Kayla urges him to come home. “Steve, talk to me,” she begs. Steve asks, “Whose Steve? Who are you? Where am I?” Kayla explains he’s in the hospital and had an operation. She tells him his name is Steven Earl Johnson. He’s confused. She tells him they were once married. He asks what happened but it’s a long story. He asks what’s wrong with him and she says it’s complicated. In the nursery, Kristen has volunteered to hold babies. The nurse brings her one and she’s excited. Lily’s mother is alone and dealing with complications from a c-section. She rocks the baby and later, the nurse returns but Kristen refuses to give the baby back. Elsewhere, Kayla finds Marlena and John and explains that Steve has no memory. Marlena offers to help. They all head in to visit Steve. He doesn’t recognize his friends so John explains they’re partners and best friends. Steve doesn’t know him or the pretty doctor who says they were married. Marlena knows brain surgery recovery can be unpredictable. He’s shocked. Marlena says the swelling can bring on memory loss which could be better in a few days. They have ways to deal with it – therapy and hypnosis. He wants hypnosis now. “Break out the pocket watch and let’s do this right now!” Everyone files out except for Marlena who puts Steve under. She asks who he is. He doesn’t know. She asks if he’s Stefano DiMera and he doesn’t know who that is. He thought she said he was Steve Johnson. She asks who Kayla is and she’s familiar. He becomes agitated as he thinks he should be able to remember her. Later, Marlena updates John and Steve with what happened. Kayla’s unhappy. She runs to Steve’s side and tells him they shouldn’t give up. She wants to tell him a story – their story. He’s into that. Later, she talks about her own time spent in the hospital and how he learned sign language to communicate with her when she couldn’t speak. That’s when they were to be married – Steve finds it romantic. Kay says he helped her find her voice. Steve can see she wants to do that for him. She begs him to come back to her. 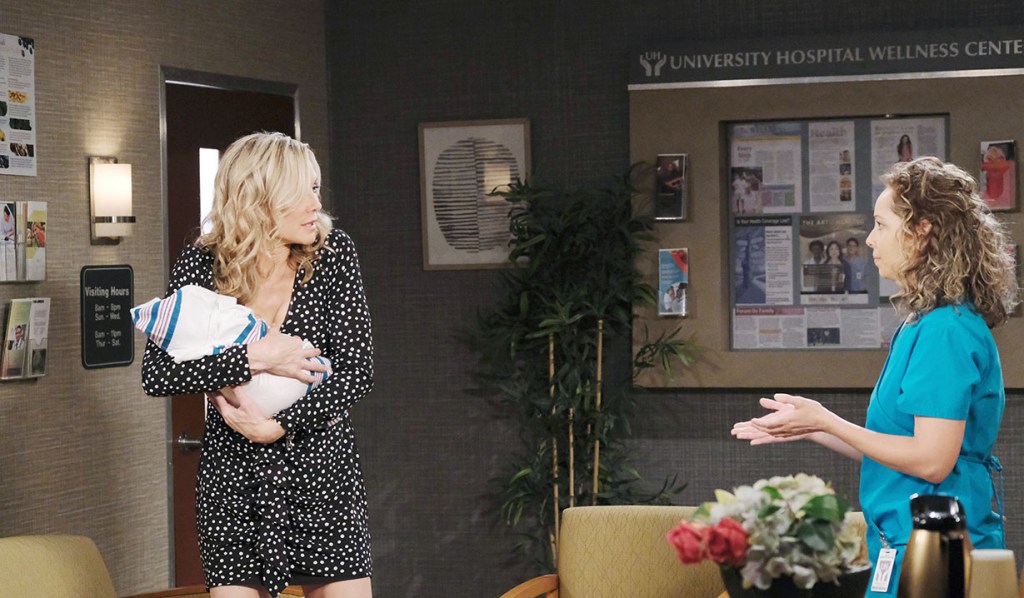 Eric finds Nicole at Basic Black. He told Sarah who didn’t take it well and it’s time to talk to Brady. Brady returns and asks what he needs to tell him. 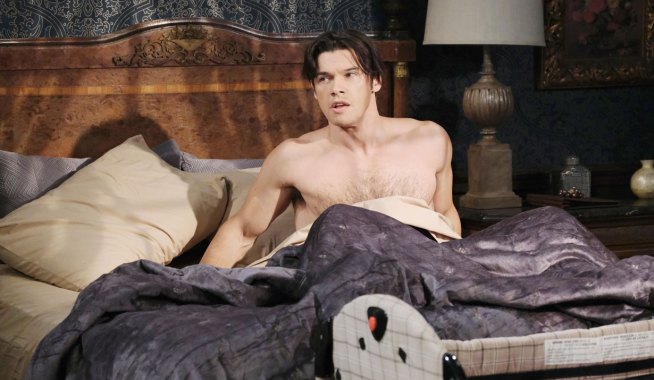 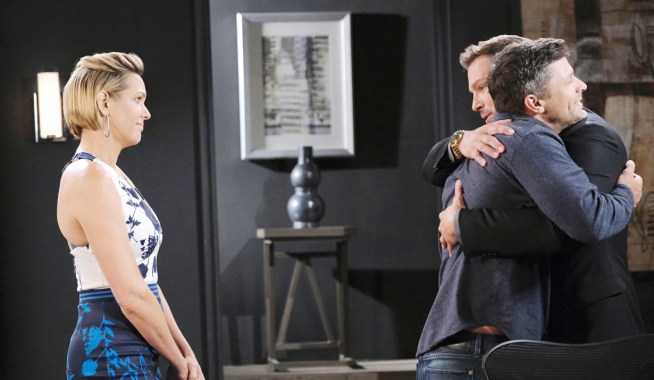