After Xander Pays Off a Lab Tech, They Agree to Take Their Secret to the Grave

Tuesday March 24, 2020: On Days of our Lives today, Hope is devastated by what has happened in Salem the last year, Eric pressures Nicole to tell him what lab results she's waiting on, and Maggie's off to prison. 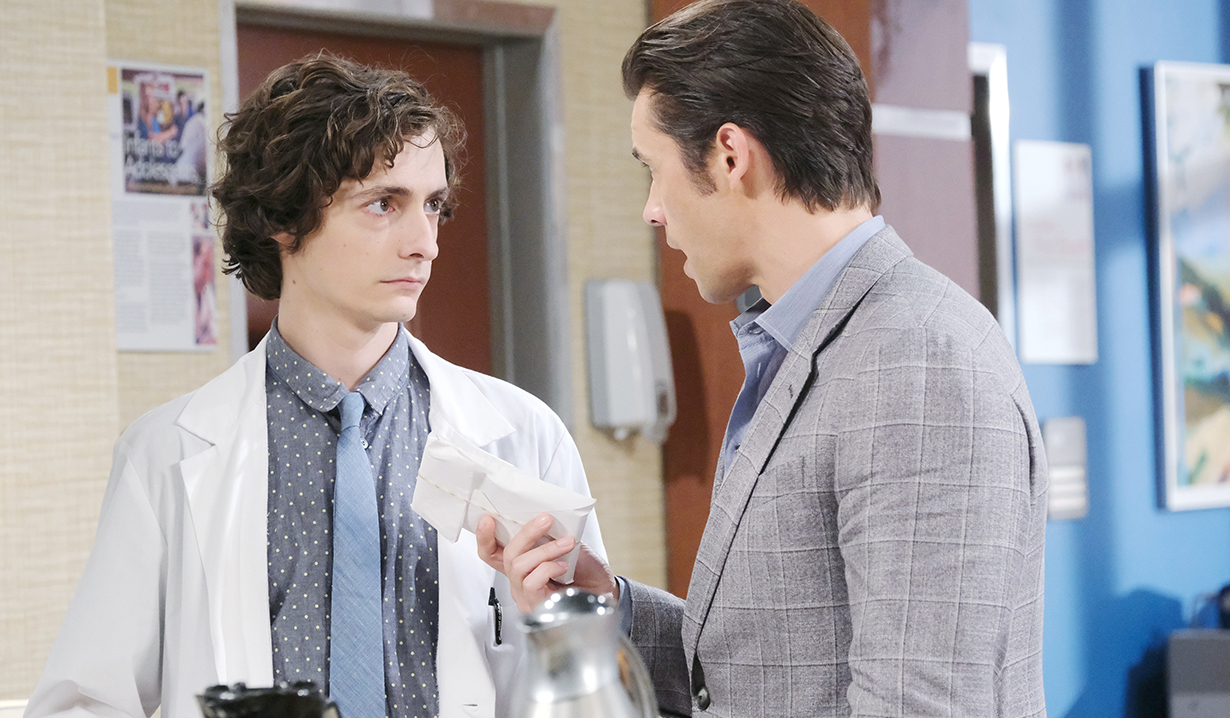 Hope awakens in the hospital and sees Gina who tells Hope all will be restored. Rolf’s on his way to put the chip back into her brain. Hope becomes agitated. She injects her and Hope passes out. Hope wakes up in the hospital, alone, and frightened. Kayla appears and hears about the nightmare. She can’t shake it. Hope brings up Steve. She can’t wait until Kay and Steve can be together again. She notices her friend keeps avoiding the subject. Kayla reveals she’s with Justin. Hope can’t wrap her brain around it. Adrienne and Justin are divorced?

Justin meets Ciara at SPD. Ben’s being released. Ben walks up behind her and she jumps into his arms, happily. Ciara thanks Justin but Justin credits Ciara for fighting for a year. Ben’s grateful. 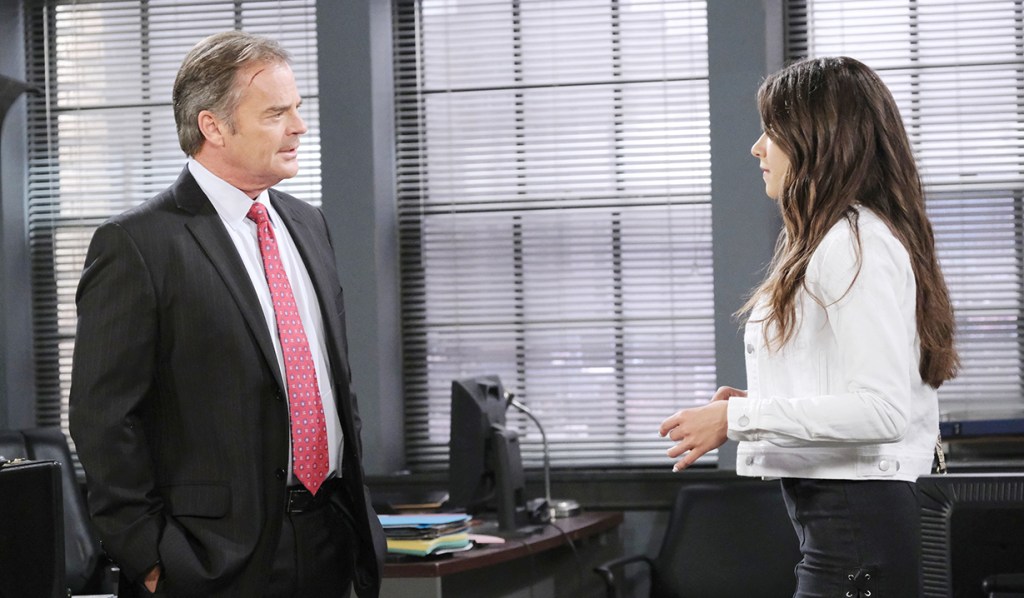 At the Kiriakis mansion, Victor’s in a bad mood when Sonny and Will have breakfast in the lounge. They discuss Orpheus being with David but that he’s back with Rafe. Victor’s glad but feels awful since his wife’s going to jail. Maggie tells the guys she needs to make amends. She has apologies for both men. Sonny thinks his mother would have wanted Maggie to be forgiven. Upstairs, Sarah tells Xander she finally realized what he’s keeping from her. Xander shows her a princess bed for Mickey. “You caught me,” he says. Sarah’s touched. In fact, Mickey’s coming home today. Sarah’s excited about their future but Xander can’t help but flashback to keeping secrets. He gets over it quickly and they have sex. Later, Justin turns up. He learns Maggie’s off to jail and doesn’t think Adrienne would want this. Xandy and Sarah appear and learn Mags is off to prison. Sarah sobs in her mama’s arms but her mother insists she’ll be fine. She tells her and Xander they have her blessing to marry. Everyone goes and Maggie and Vic snuggle. He admits his heart is breaking right now. Having her with him has become as essential as breathing but he admires her courage. She sobs. 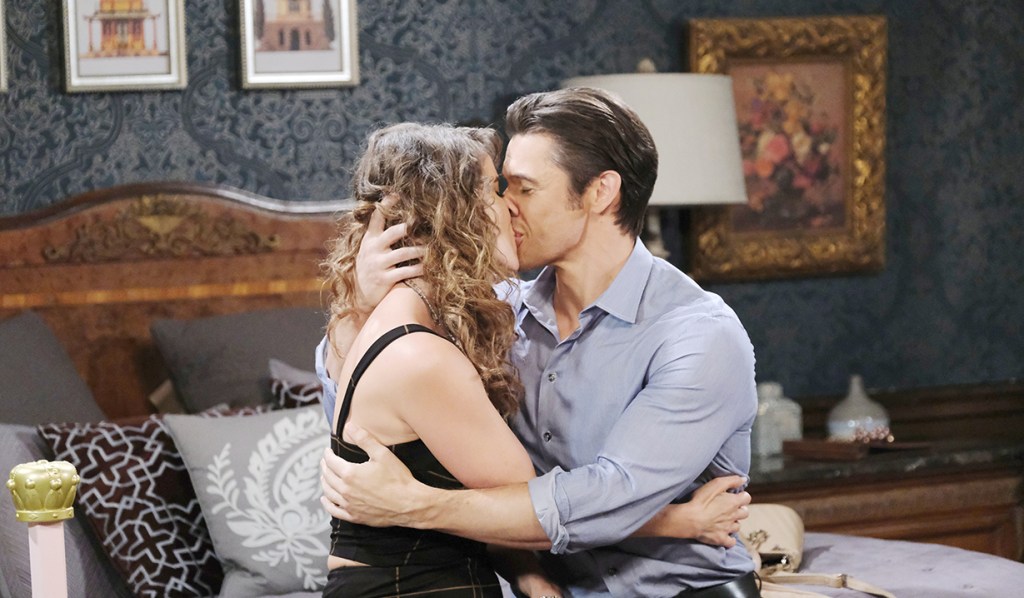 At the hospital, Nicole jumps on the lab tech (played by Jayme Andrews) and asks if he has results of the DNA test she gave him last night. He says to wait an hour. Eric pokes his head in and questions her. She lies that she had a routine check-up. Eric wonders if she’s pregnant. She’s not. She also knows the odds that she’ll have another baby are against her. Lab dude returns with results and Nic doesn’t want to open them around Eric. She flashes to talking with Xander about Mickey’s real paternity and Eric asks her to be honest with him if she has something to say. She has nothing to tell him. In Hope’s room, Kayla fills her in on Adrienne’s death and how she and Justin gravitated toward one another. They love each other. Hope’s happy for them but now that she knows Steve didn’t want the divorce, does it change how she feels about Justin? Kayla doesn’t answer as Justin strolls in. They ignore the elephant in the room and Hope expresses her sorrow over Adrienne. Justin says it was rough but he had love and support. Xander and Sarah arrive near the hub and he calms her down as she cries over her mother’s impending incarceration. 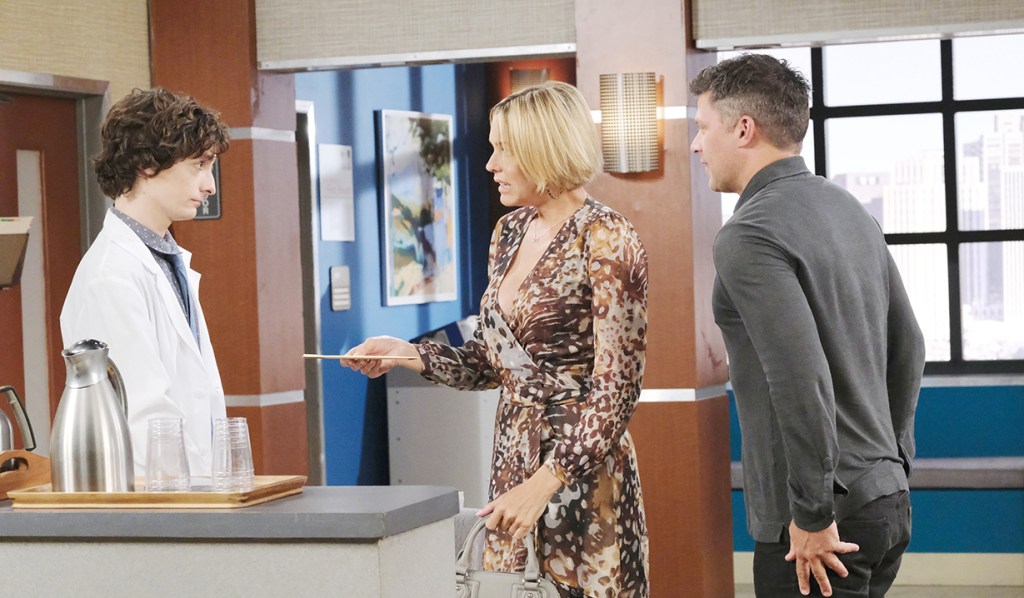 Ben and Ciara wander the square. Ben’s excited to be free. He almost asked Rafe to live with him but didn’t want to push it, though he’s been great about letting him see David. Ciara invites him to live at the mansion. Ben doesn’t think Vic would want that. Tonight, she wants him to herself. They head into Salem Inn and Ciara’s nervous about what’s to come. Ben admits his heart is beating fast too. They’ve been dreaming of this moment for a long time. They kiss and he carries her into the room.

Outside the pub, Nicole reads the DNA results and is shocked. Mackenzie really is Sarah and Eric’s little girl after all.

Back at the hospital, Xander pays off the lab tech who reveals he altered the test results to say the samples didn’t match. He vows to take the secret to his grave. “As will I,” Xander says.

Will and Sonny bring flowers to Adrienne’s grave.

Nicole Fills Abe In on Her Baby...