Monday March 23, 2020: On Days of our Lives today, Sonny tries to talk Evan into giving up, Marlena is upset that Stefano wants to kill her friend, and Abigail finds her husband's behavior to be strange. 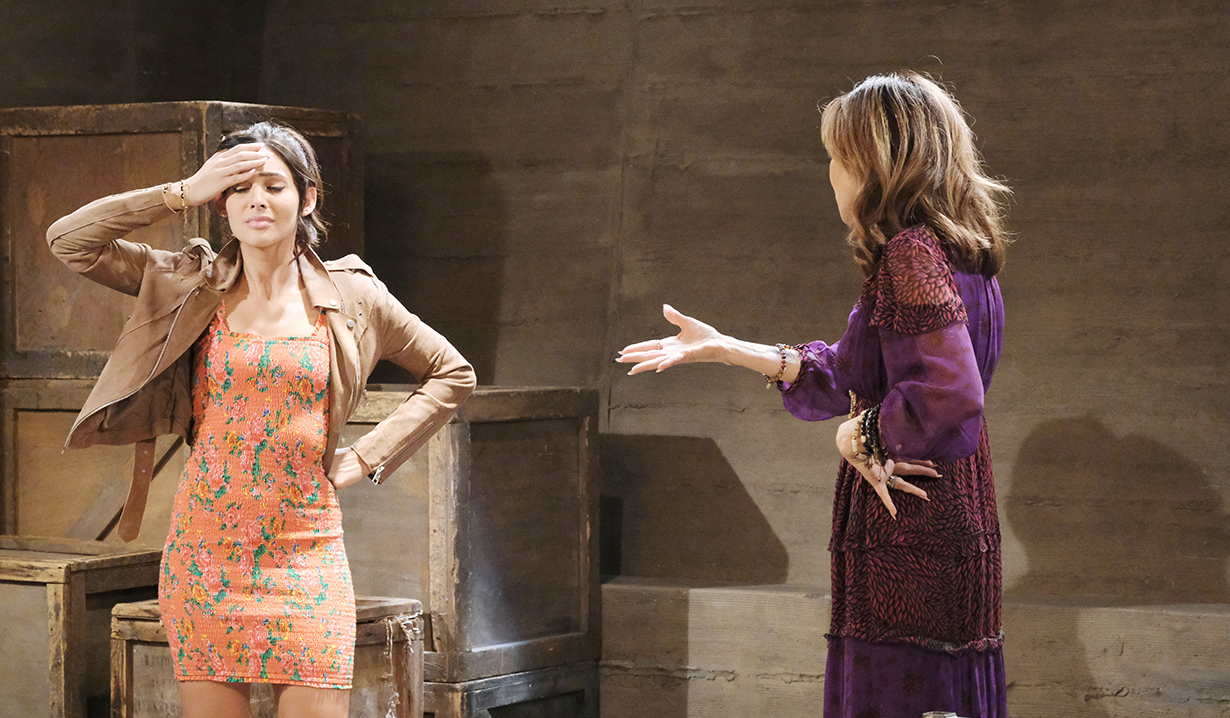 Lani and Eli hide behind a tree at the square and watch Evan, annoyed that he’s just reading the newsletter and not leading them to David. When he leaves, they stalk him. They don’t get far and later, Lani calls to let Rafe know that he got away. This frustrates Rafe, who calls someone else for help. Later, Sonny turns up and Rafe tells him Orpheus is Evan’s dad. Sonny thought he was dead. Rafe relays how Clyde met with him in prison and that he offered to break him out if he could get a key to a certain safe deposit box, the one Jordan happened to possess. Orpheus sent Evan to get the key and never heard from him again. They assume Evan got Jordan pregnant and that Orpheus has David. Sonny’s stunned. He agrees to set up a meeting with Evan to try to get to Orpheus – and David. Sonny’s not sure if it’ll work but will try.

More: Sheila’s back to Days of our Lives 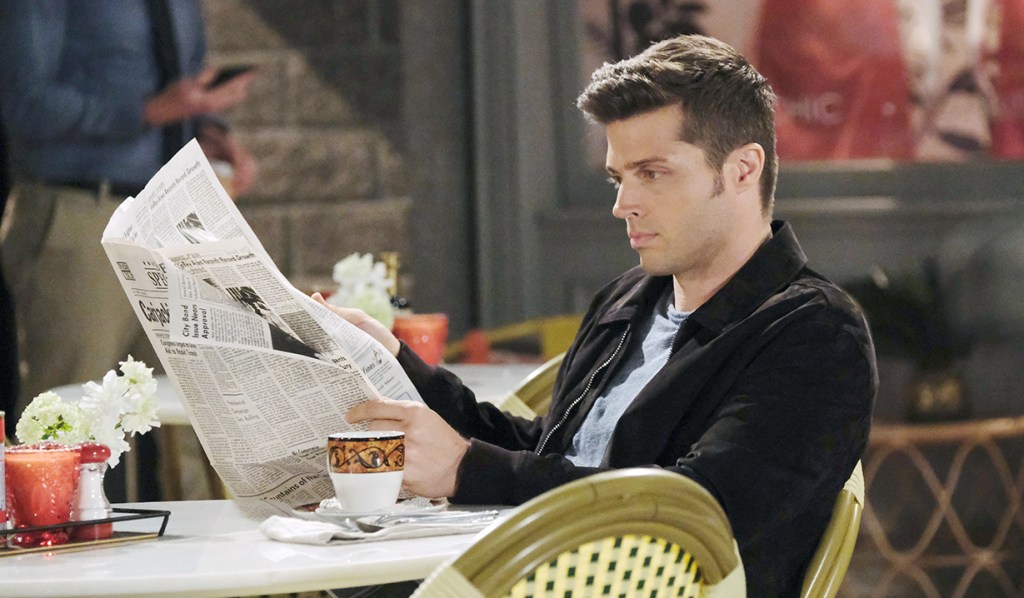 Abigail surprises Chad at the DiMera mansion. He hasn’t hidden Kate and Gabi’s unconscious bodies and appears worried. Abigail notices and says he doesn’t look happy to see her, though he quickly says he is. She was feeling disconnected from him. “Are you sure you don’t have some tramp stashed in here?” Chad says, “Two, actually.” They laugh and kiss. Later, Abby’s out of the room and Chad has stashed ‘his tramps’ in the secret room. Abby notices him at the tunnel door. “What were you doing in the tunnels? Is that where you stash all your tramps?” He lies that he was looking for his father. She doubts he’ll return through the tunnel. Chad tells her he saw some rats in the tunnels. She asks him to call an exterminator. He likes that idea. She starts to freak out and asks him to close the tunnels. He calls that overreacting. She doesn’t want rats or his father coming in. She notices he’s wearing the Phoenix ring. He says it’s just a ring but she knows it’s a symbol. “It’s like you’re marked by him.” Chad says he’s trying to keep his family together. He knew Jack’s book was important to her when he died – this is what wearing the ring is like for him. Abby says Stefano’s kidnapped Kayla and Marlena. She sees him as a threat. Chad doesn’t want to discuss his father. He wants to hear about her trip. Abby’s sorry for jumping at him. She’s tired. She wants a bath and to go to bed with him. She has to twist his arm and finds he’s acting strangely. Meanwhile, in the secret room, Kate wakes up, “Oh my God. Oh my God, not again.” She wakes Gabi up. They realize Chad did this and Kate reveals that Chad’s been acting like Stefano. She updates Gabi on what went down before Chad hit her and reads her the letter from Stefano she found where Stefano tells his son he’s going to be by his side as he takes control. Kate recalls that Andre planted a trigger word in Chad’s brain while he was under hypnosis with Marlena years ago. She recognizes that word in the letter. 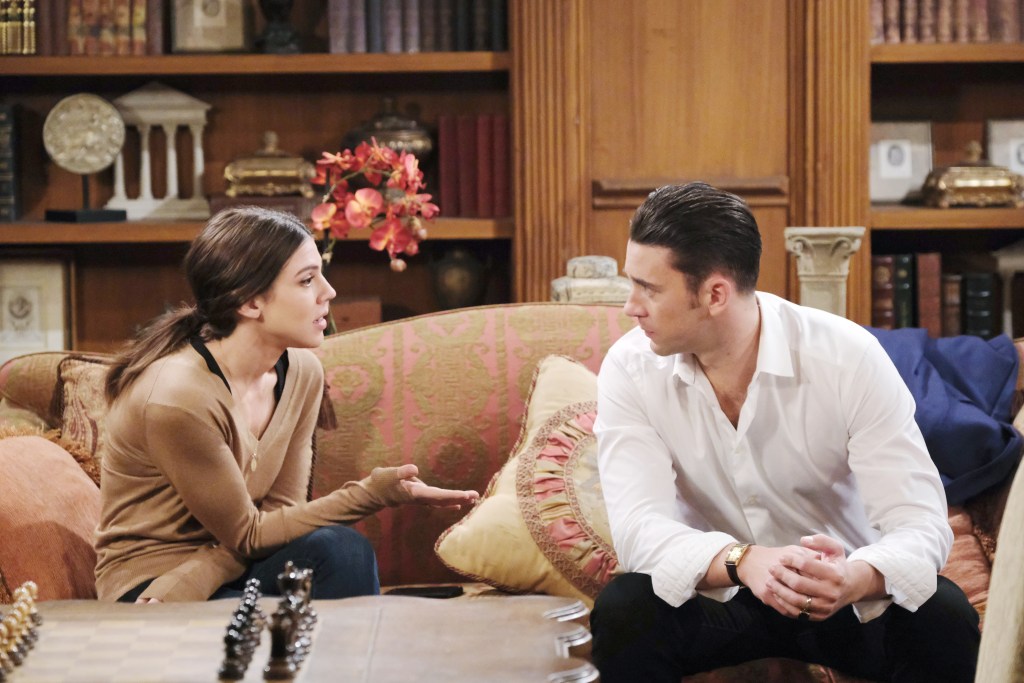 More: How to binge-watch soapy Jane the Virgin

In the new Maison Blanche in Salem, Marlena wakes up to her “king,” much to Stevano’s delight. He tells her that his son is taking care of unwanted guests – Gabriella and Katerina before the party. Marlena gasps. He can’t kill them. She reminds him he loved Kate. Stefano says she betrayed him with Ian McAllister. Marlena doesn’t care. She’s her friend and forbids him to kill her. Stefano scoffs since Kate kept Gina’s return from her. He asks her to live in the present and dances with her. She gets anxious and says she can’t do this. She decides to rest before the party. 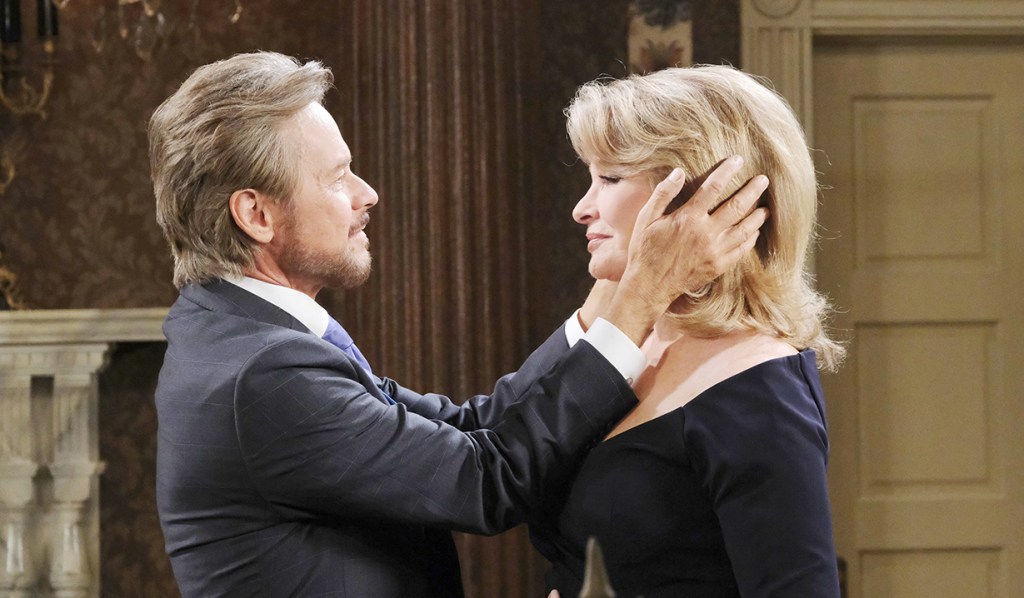 Back at the square, Evan returns with books and a burner phone. He calls Orpheus as Eli and Lani watch. He tells his dad he knows he’s being watched and urges him to get David to urgent care. “If you don’t do something for my son, I will.” Orpheus won’t do that but will care for David. While Evan talks, Eli and Lani kiss. He can’t get distracted and sends her to SPD. Sonny appears. Evan knows the cops sent him. Sonny admits it. Evan refers to murdering Jordan as an accident. He knows his father won’t hurt David. Sonny doesn’t believe it but Evan argues that Orpheus risked it all to pick up medicine for David. Sonny worries. He tells Evan all about the nasty things his father did the last time he was in town. Sonny has seen Evan with his kid and Ari. He knows there’s good in Evan.

Lani goes to SPD to Rafe.

Evan arrives at the run-down hotel where Orpheus and David are. Rafe and Eli are behind him. Evan hands over the baby much to Rafe’s relief. 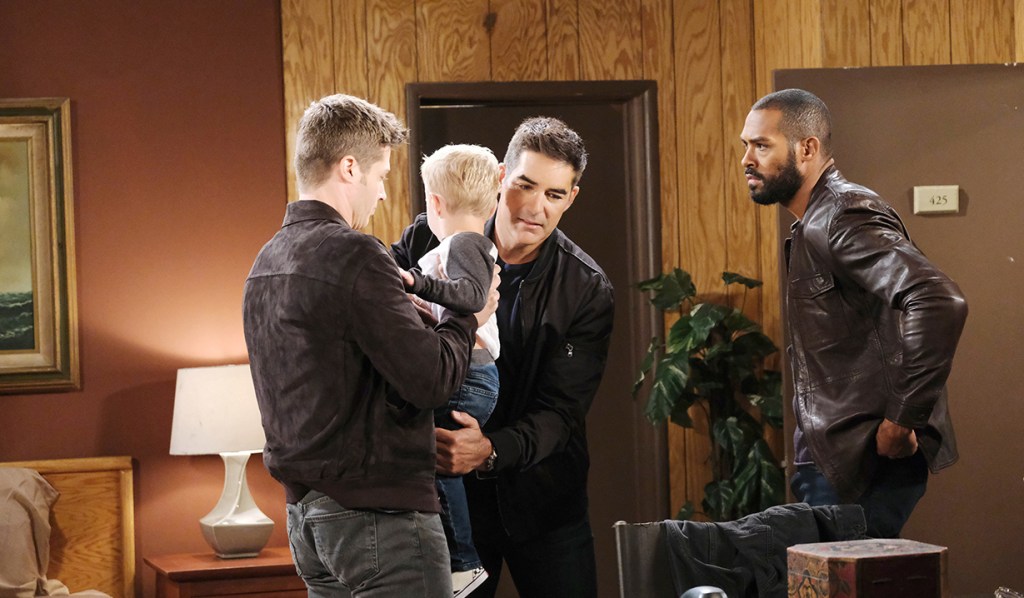 Nicole Reveals to Xander That She...

After Xander Pays Off a Lab Tech,...