Thursday March 12, 2020: On Days of our Lives today, Xander is told to kill Dr. Raynor, Kristen remembers that Rachel had a heart-shaped birthmark, one that Mickey shares, and Will tells Victor he doesn't forgive him. 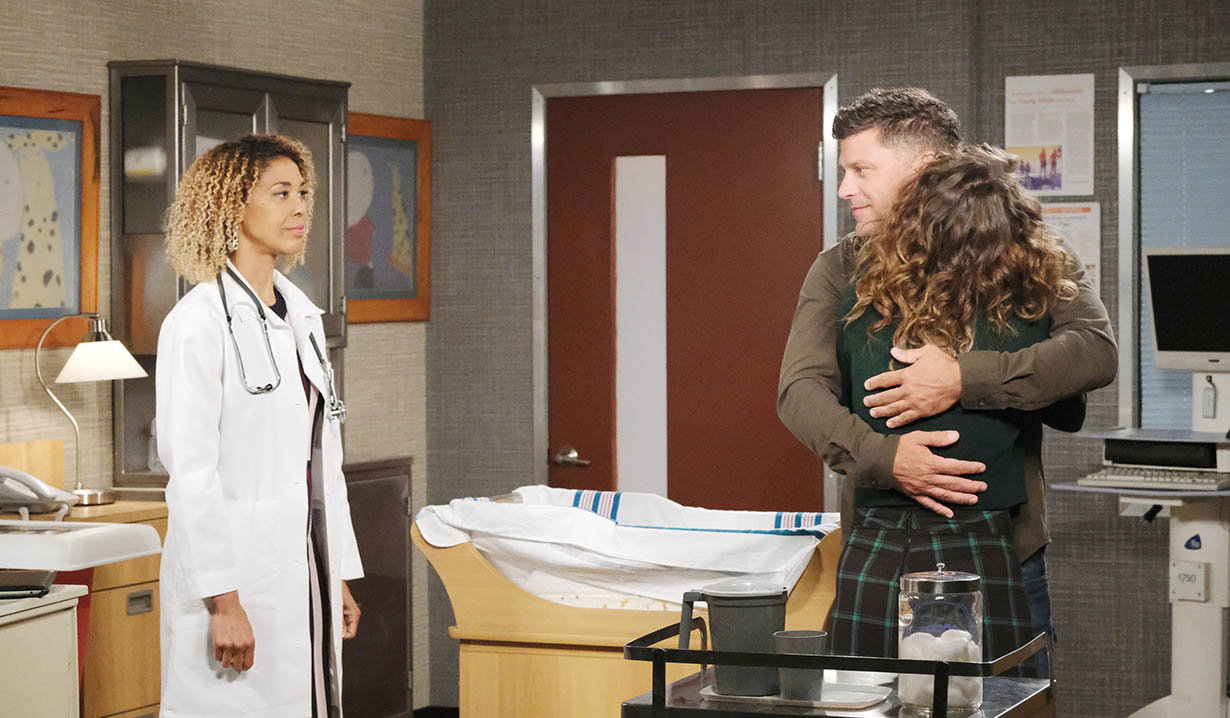 At SPD, Evan brags to Rafe that his confession was thrown out by the judge.

Brady arrives at Basic Black and rants about Rolf not telling them where Marlena is. He notices Kristen’s crying and she hands him Rachel’s death certificate. Kristen admits she used to have the same dream that she was holding Rachel in her arms and now in the dreams, she’s gone. The memory of holding her is fading and she’s starting to forget her. They didn’t get a footprint or a lock of her hair. Tears stream down Brady’s face as she says it’s clear God didn’t want her to be a mother. He holds her as she cries. He wants her to try Conscious Remembering, which Marlena taught him. “Is this something she learned from Gwyneth Paltrow or something?” Kristen jokes. Brady tells her to close her eyes and asks her to remember Rachel being put into her arms. He asks her to look at her and Kristen laughs. She can see her. She smells and feels her weight and recalls a mark below her chin. Brady’s puzzled. “It’s the shape of a heart, Brady.”

At the hospital hub, Xander panics when Nicole tells him Dr. Raynor wanted to talk to Eric and Sarah privately. Nicole asks why he’s acting so nervous. Does it have anything to do with the argument he had with Raynor? Xandy denies it but Nicole overheard the word ‘secret’.  In Mickey’s room, Raynor flashes to Xander threatening her and tells them she has unexpected news about Mackenzie. She pauses and says Mickey’s white blood cell count is rising. Sarah’s thrilled and tells Eric the transplant was a success. Sarah hugs Amanda and both parents thank her. She leaves, looking guilty and Sarah and Eric cry happily. Sarah talks to Mickey about the night she came into the world was a challenge but also one of the best days in her life. “I’m never letting you go,” she says and looks at her heart-shaped birthmark on her chin. Dr. Raynor finds Nicole and Xander and she lets them know she gave Sarah and Eric good news. She leaves and Nicole’s thrilled while Xander’s relieved. He runs after Raynor as Nicole’s suspicions mount. Eric goes to her with the news. She’s thrilled but not happy to learn Rolf won’t give up Stefano. Eric returns to Sarah who says when the baby was born, she never noticed the birthmark. When Xander brought her back, she originally thought she couldn’t possibly be the same baby. “Mommy was just too tired to notice it,” Sarah assumes to the baby. She apologizes again for her lies but is glad that Eric found Nicole again and that she has Xander. 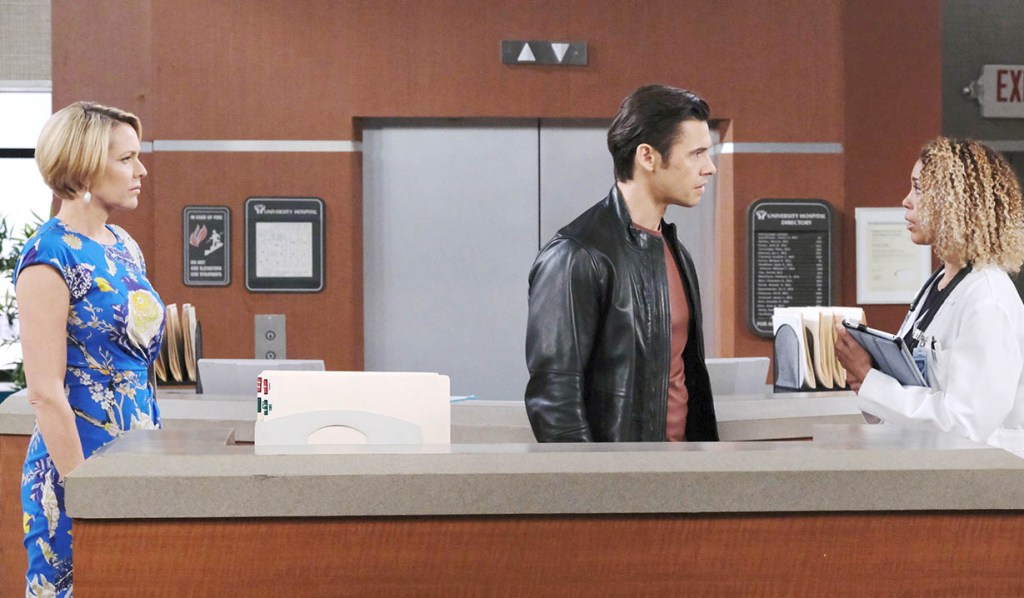 Will finds Victor in the living room. He’s been avoiding him. Vic says Sonny stormed out a few minutes ago. He assumes he and Sonny are calling off the divorce. Will assumes he’s happy. Vic claims not to have animosity toward him. Will doesn’t forgive Victor for leaving him in prison for a year. Vic has no regrets. Will thinks he should. When he was in prison, “Sonny shacked up with a murderer.” Victor tries to explain himself but Will says the repercussions were further reaching. Vic knows. He almost spills it and corrects himself.

Sonny barges into Rafe’s office at SPD and asks how it was possible for Evan’s confession to be thrown out. Evan defends himself. “I had a loaded gun to my head. What did you expect me to do?” Evan admits to Sonny that he still cares about him. Sonny takes off and calls Will to tell him to get to SPD as soon as he can.

Xander arrives home after Will leaves. He fills Victor in on Raynor’s return from the Dominican. Victor’s shocked. He urges Xander to “be the devious bastard that you are and take care of this situation with the doctor once and for all.”

Will arrives at the police station and learns about Evan’s confession being thrown out. Does this mean Ben’s conviction won’t be overturned? Sonny feels guilty about dating Evan but Will doesn’t fault him. That’s all behind them. Rafe approaches. The judge isn’t dropping charges against Evan. Evan appears and says he made bail.

Nicole arrives at Titan and Kristen goes to the restroom to wash up. Nic tells Brady the transplant worked and Mickey is probably going to be okay. Nic reluctantly asks what’s up with Kristen. He spells it out. Nicole is glad at least Kristen got to hold on to their baby. Brady tells her about Kristen remembering the heart-shaped birthmark on her chin.

Xander returns to the hospital and barks at Raynor for returning to Salem. She asks for a week. He lets her know Victor wants her dead but he’s advocating for her. He suggests she takes the money and run as Sarah walks up. Meanwhile, Kristen arrives in Mickey’s room…

Evan meets up with an unexpected person. 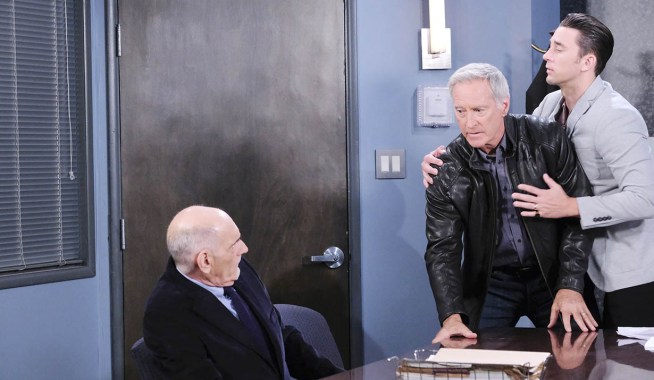 Lani and Eli Bump Into Known Criminal, [Spoiler], and Realize He Has David and Knows Evan 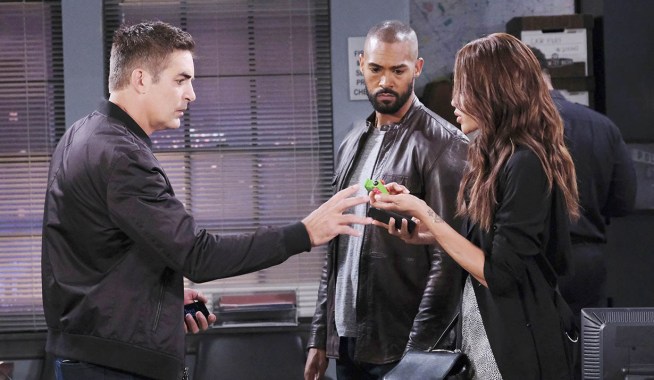