Worried When They Don’t Hear From John, Justin and Kayla, Roman and Hattie Rescue Them

Monday March 9, 2020: On Days of our Lives today, Ben is grateful to Ciara for saving his life, Justin, Kayla and John are saved, and Rafe and Gabi discuss her bitterness. 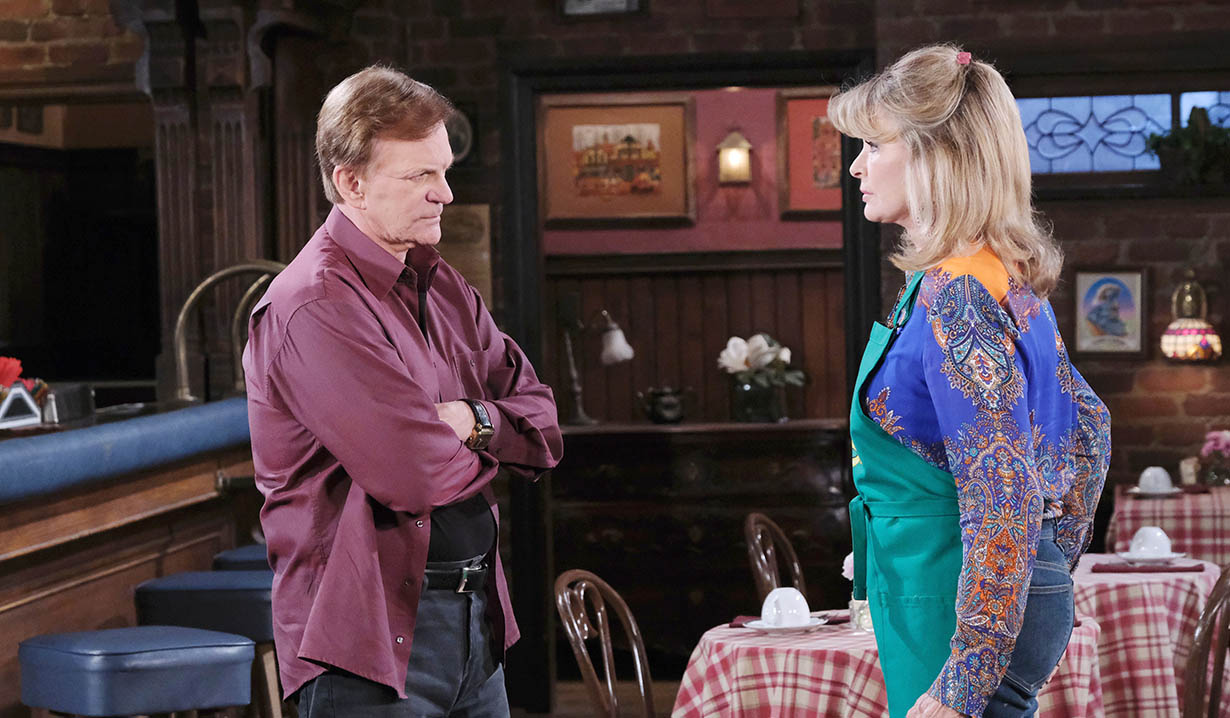 At Statesville infirmary, Ciara is frazzled that she didn’t ask Evan where he was keeping David. Rafe doesn’t blame her. Things were crazy. He apologizes to Ben. “I was wrong about you.” Ben tells Rafe he doesn’t owe him but Rafe feels bad and exclaims that the killer was living under his roof. He should have known. Ciara says the guy had everyone fooled. Ciara asks about Hope. She knows Shawn got a court-ordered MRI but hasn’t had an update. Rafe doesn’t have one but will check into it. Ciara feels she should have been there for her mom. He goes and Ben worries Ciara’s going to go to jail. She assures him it’s not going to happen. She worries about how her mother will live with what Gina did to Jennifer. Ben knows she’ll get through it. He thanks her for saving his life. He tells her their story isn’t over because of her. They kiss and Ben wonders how she was able to get Evan through a maximum-security prison with a gun to his head. Ciara laughs. She isn’t even sure. She just knew she wasn’t going to let him die. He calls her his little kickass action hero and they kiss. 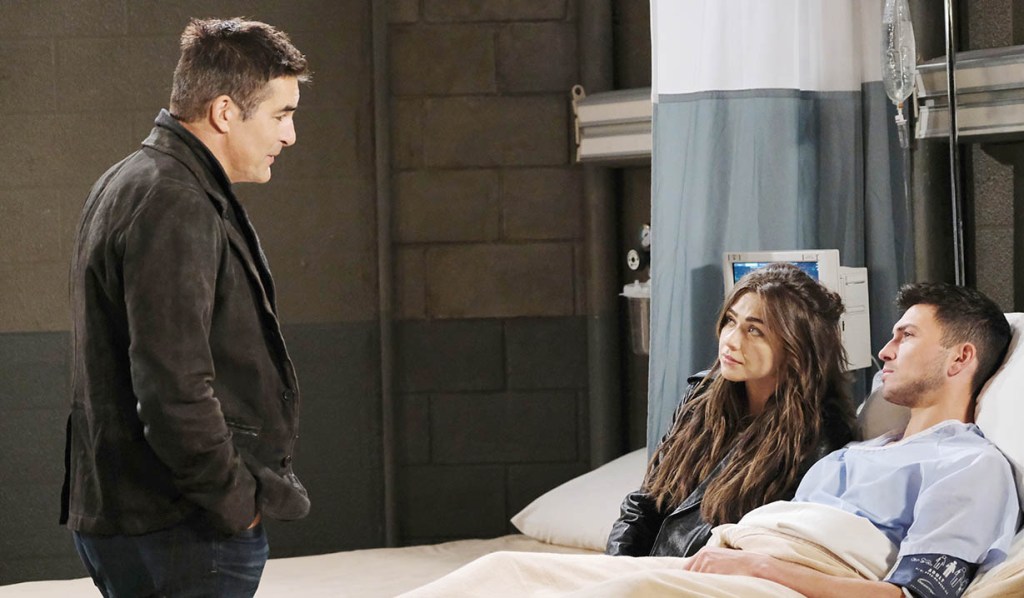 From the pub, Hattie and Roman worry about John, Justin, and Marlena since they haven’t called yet. They should have gone with them. 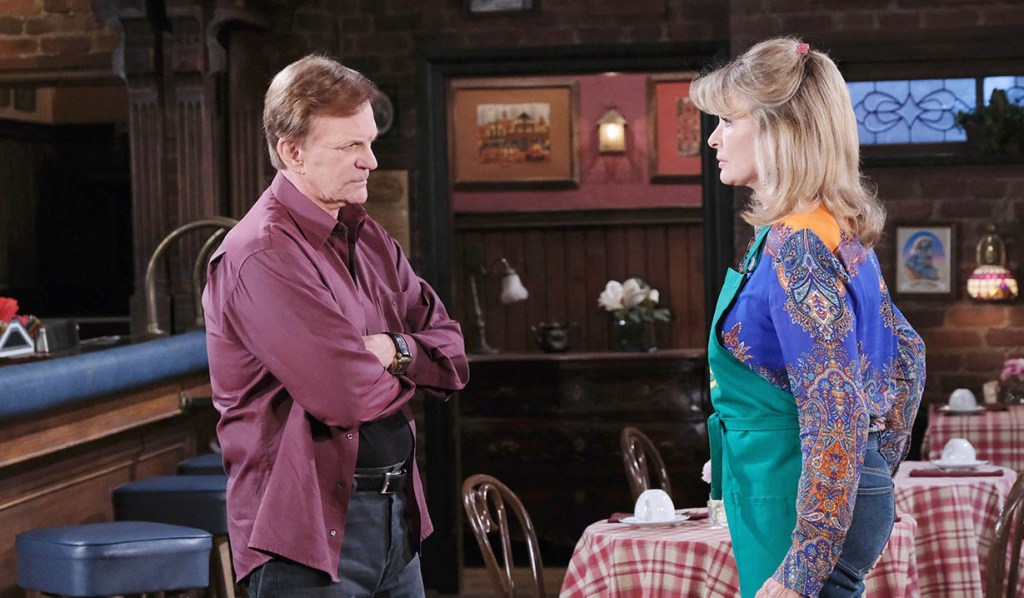 At the warehouse, John notes that there’s colorless, odorless gas being pumped into the room. Stefano’s trying to kill them. Kayla starts yelling for help as John tries to pry open the door. Their efforts are futile. They’re passed out when Roman and Hattie turn up to save them. “Oh my gosh, they’re all dead,” Hattie exclaims when they can’t revive them. Finally, they wake up.

At the gatehouse, Stevano tells Marlena she’s been toying with him and making him chase her for years. She’s his destiny and now he is hers. Marlena tells Stevano that he walks and talks like him but he’s not Stefano DiMera. She says the real Stefano would have wanted to dominate the real Marlena – his equal. So why is he having Rolf turn her into a zombie? Stefano only tells her they’re soulmates. Rolf appears, ready to begin the procedure. He tells Marlena he lured Hope into the lab on the premise that he was going to help Julie and did the same thing to her. He explains he’ll make a tiny incision in the back of her neck and insert a chip. In a few days, she’ll be totally devoted to Stefano. Marlena looks panicked. 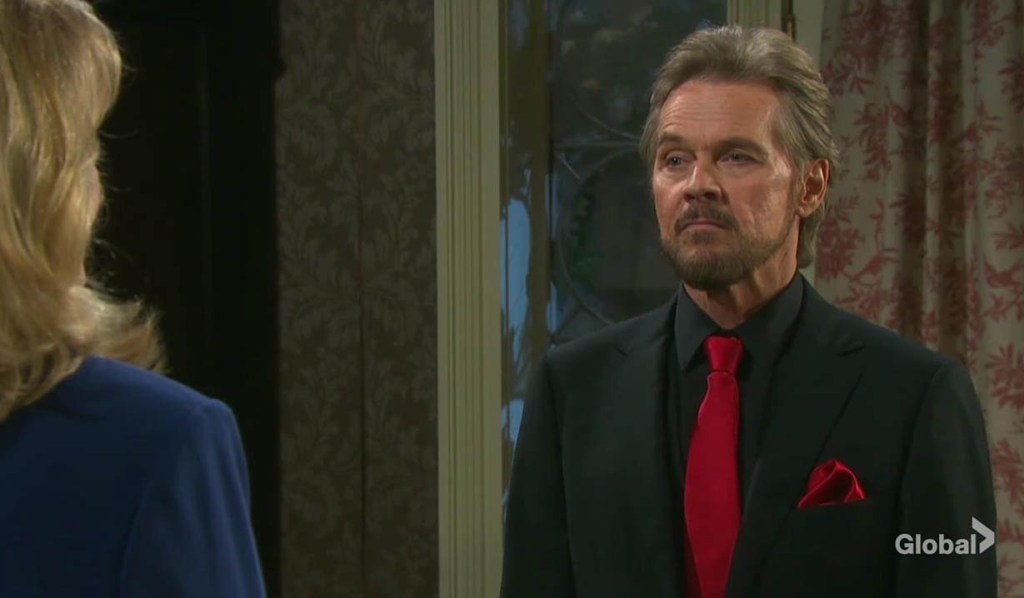 At the hospital, Chad leans over a sleeping Gabi with a pillow. He’s about to smother her as  Stevano’s disembodied voice says to wrap it up. Suddenly, Chad gasps. Confused, he drops the pillow and wonders what he’s doing. Stefano’s voice keeps telling him to go through with it for La Famiglia. Chad closes his eyes, and repeats the words and grabs the pillow and leans in when Rafe barges in. Rafe asks what the hell he’s doing. Chad claims he was scaring her for what she did to Abby since she skated for what she did with Eli and Lani. Rafe says she’s recovering from surgery and tells him, “Beat it.” Chad goes and Gabi wakes up. 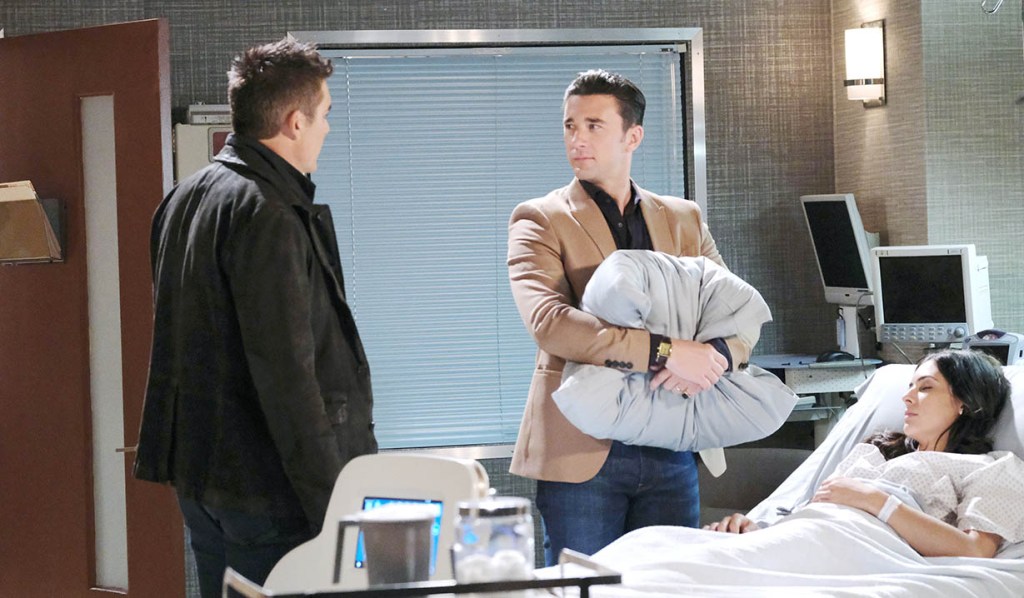 Gabi heard Chad’s voice. Rafe says he just wanted to give her hell. Rafe doesn’t even know who Gabi is anymore. Gabi doesn’t want to hear it but Rafe says people are still miserable because of what she’s done. Gabi asks about what wonderful things she’s done. Rafe says people give bone marrow all the time – out of the good of their heart. He knows her heart is buried under anger, resentment, and bitterness. Gabi huffs and says to go. Rafe’s sorry. Gabi can tell he’s upset so he tells her Evan took David and he’s afraid he won’t get to see his boy again. After Rafe’s told Gabi the full story of who Evan is, Gabi blurts, “I thought he was gay.” Rafe’s not sure how that’s relevant so Gabs muses that Evan had a baby with Jordan, then was with Sonny. Rafe shrugs. He complains about there being no leads and feels guilty that he hasn’t kept his promise to Jordan to keep David safe. Gabi says he has and vows to help him find David. Rafe tells her they’re good but that she’s screwed up. She will turn over a new leaf. Rafe hopes so. Kayla, Justin, Hattie, and Justin arrive. Kayla stitches up Justin’s head in another room while they update each other on what happened while she was kidnapped. Kayla says no matter who Steve thinks he is, she’s devoted to Justin. They embrace. She’s been examined and cleared. Meanwhile, Hattie worries about John who assures her he’s fine and needs to find Doc. Hattie’s not worried. Marlena is street smart. “She’ll get the drop on that Steve An Oh or whatever he calls himself.” 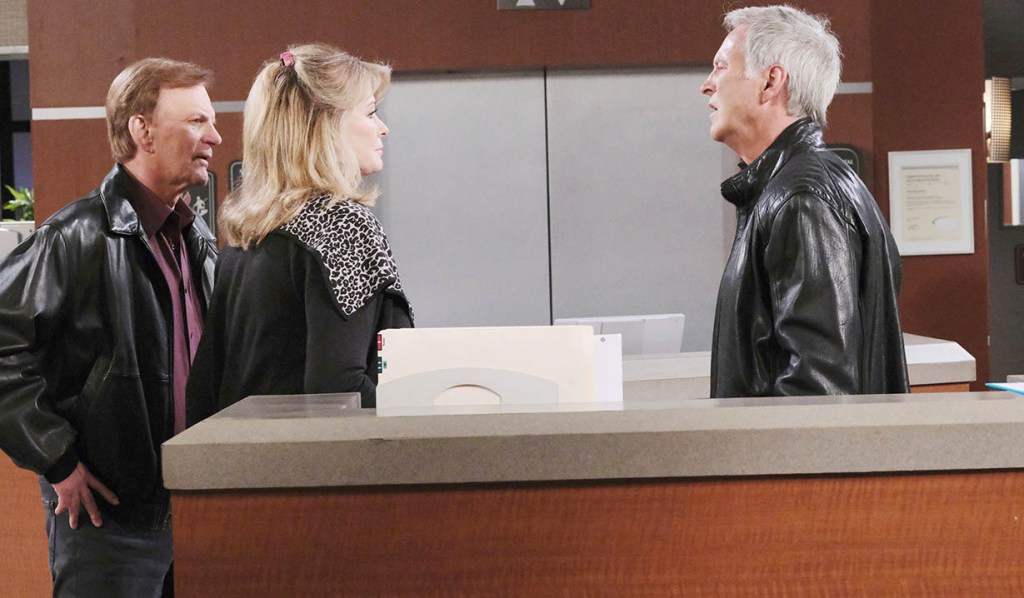 Back at the gatehouse, Rolf is about to inject Marlena when she shoves him away and runs to the door. She opens it to Chad, looking robotic. Later, Marlena’s unconscious face down on the bed and Chad apologizes that he couldn’t neutralize Gabi.

Chad has orders to kill. 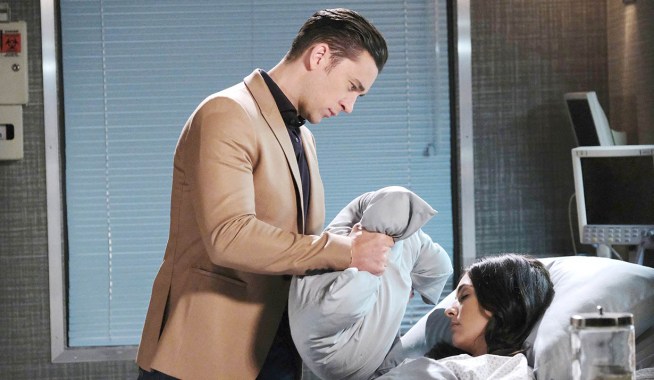 As Stefano’s Pawn, Chad Tries to Smother [Spoiler] as Part of His Plan to Regain DiMera Industries 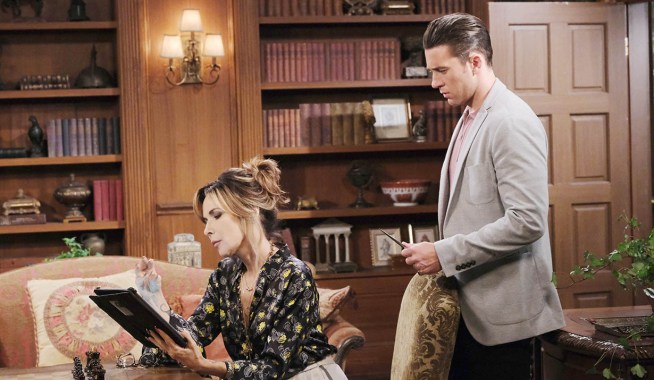