Wednesday March 4, 2020: On Days of our Lives today, all hell breaks loose at Statesville when Ciara forces a confession from Evan, and Maggie cries over her DUI. 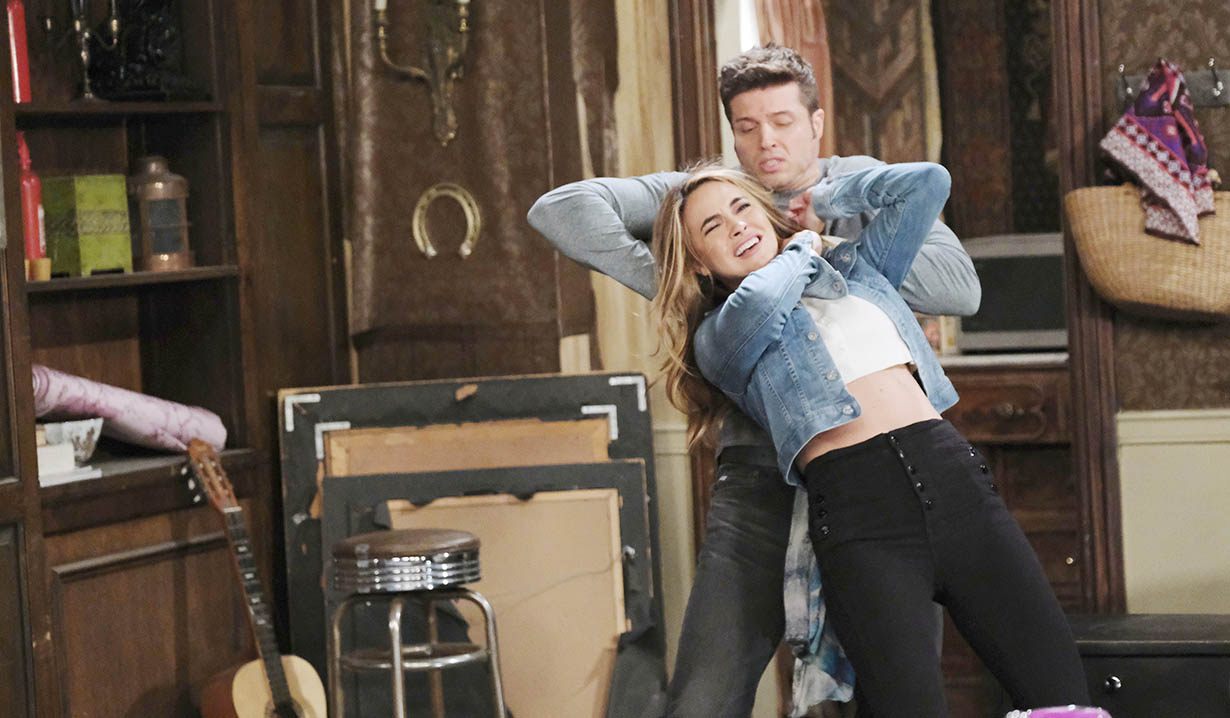 At the hospital, Kristen tells herself that Gabi’s right. She is no saint. She sees Haley’s photo and feels bad. She cries. Nearby, Nicole overhears Dr. Raynor say she couldn’t live with this secret. Nic questions Xander who shoots Raynor a nasty look. Nicole thinks they’re discussing Mackenzie and slaps Xander, telling him how stupid he is to harass the doctor who is about to save Mackenzie’s life. Xander tells her to mind her own business. He leaves. Raynor finds Kristen crying in the lounge. She talks about how Mackenzie means the world to her because she was born the same day as Rachel. Kristen thinks about what could have been. Feeling guilty, Raynor is about to spill the tea when Nicole walks in says there’s every reason to be optimistic about Mickey. Kristen goes and Nic brings up her discussion about a secret with Xander and knows that he uses people’s secrets against them. Raynor covers and goes. Nicole thinks she’s hiding something. Later, Nic finds Kristen and asks about how she knows Raynor. Nic looks surprised when Kristen says she was her OBGYN who delivered Rachel and was with her when she died. 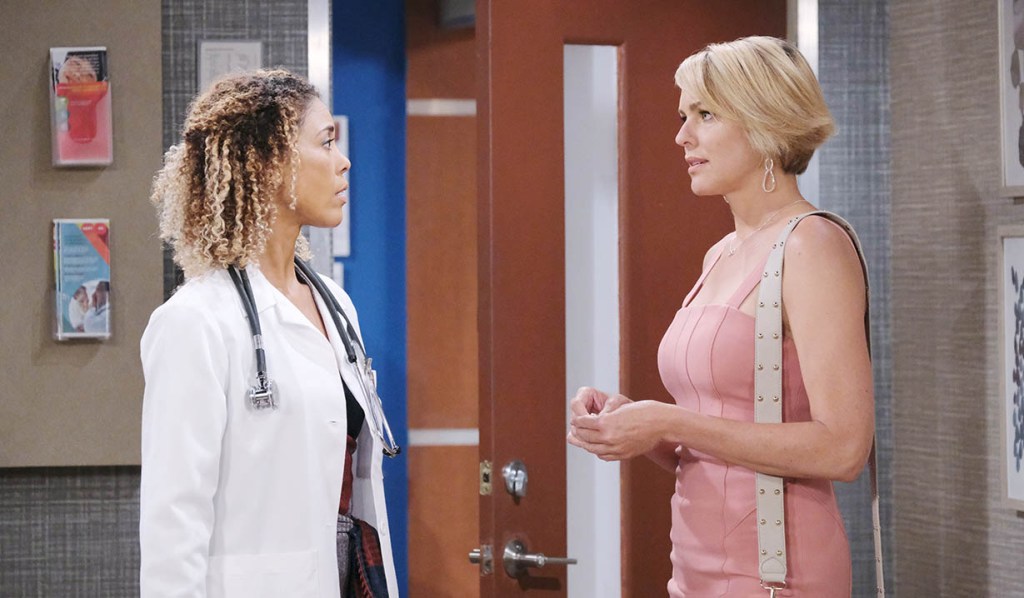 At Julie’s Place, Maggie whines that Victor bailed her out of prison when she feels she should be there. She doesn’t like that Victor took charge and is grateful Will is out of prison. Maggie says if she has to, she’ll fire Vic’s lawyer and do time. He’s acting like it was just a dumb mistake. She cries that she killed Adrienne, screwed up Will and Sonny’s life. She’s grateful she didn’t kill Sarah. Victor flashes to hiding the truth about Sarah’s dead baby and asks his wife to remember all of the wonderful things she has done. Maggie says it’s no compensation for what she did. They go around in circles about this until Xander appears. Maggie heads to the hospital so the men can discuss their secrets and lies. Xander tells Vic that Dr. Raynor is back. Victor can’t believe it. She took his money. “Has she no decency?” Victor wants Xandy to kill her but he’s done with all that. Victor mocks him and calls the woman a loose end. Xander goes and Maggie returns. She realized that Victor did everything for her out of love.

Rafe arrives at the Kiriakis mansion looking for Evan. Sonny and Will explain what went down and tell Rafe that Ciara took Evan at gunpoint to Statesville. They search the mansion and when they don’t find her, Rafe heads to Statesville. Once he’s gone, Sonny again mentions how he picks the wrong guys such as Leo and Evan. Will tries to reassure Sonny. 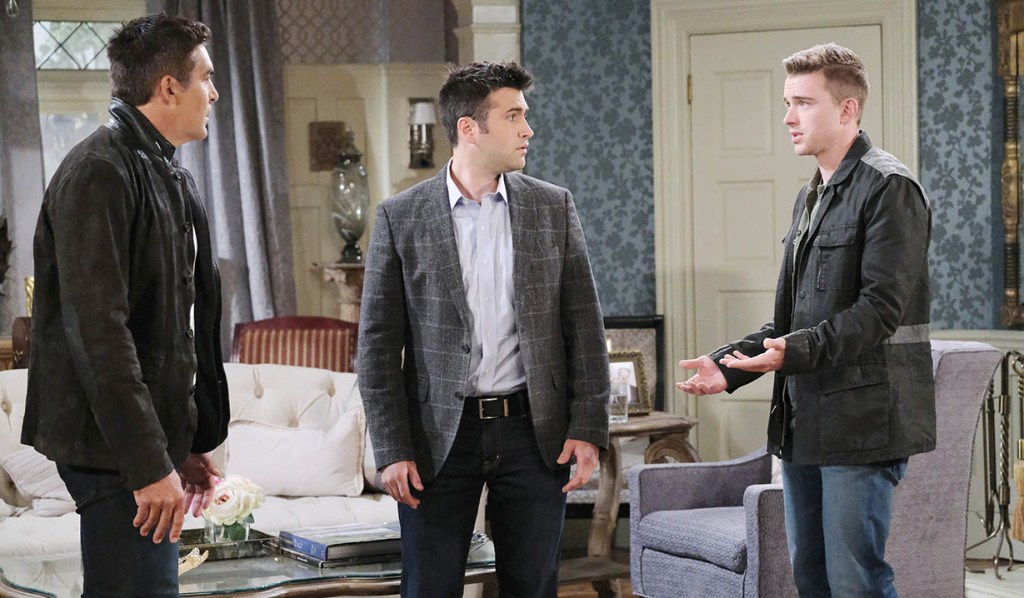 Ben’s given the lethal injection at Statesville and is having a hard time breathing as the alarms go off and the warden says there’s been a security breach. Ciara appears with Evan and demands they stop the execution because Christian Maddox killed Jordan, not Ben. The warden yells at her to stop this and asks the guard to turn off the alarm. Ciara demands Evan confess. She shoves his face up against the window and threatens that she’ll make sure David knows that his father was a sniveling killer. Evan yells, “No,” and tells the story of how he met Jordan in California. She didn’t tell him she was pregnant and he came to Salem to find his son. He found Jordan at the gatehouse and flashes to arguing with Jordan about whether or not Evan will be a real father to their son. Evan then flashes to strangling Jordan with a scarf she’d been wearing. She fell to the floor and he tells Ciara that he never meant to kill her. “It just happened.” Marlena and Ciara beg the warden to stop the execution. Warden Floyd says this doesn’t mean Ben is innocent but Marlena argues that it’s reasonable doubt. Floyd stops the execution. Evan turns to run and runs into Rafe’s gun. Evan’s hauled away and Rafe is angry with Ciara. She could have been killed. Ciara cries that she saved Ben and Rafe hugs her. He’s proud of her. Ciara tells Ben it’s over. He looks at her and then his body goes slack. His respiratory system is failing. His heart stops and he grabs a syringe and pumps Ben full of adrenaline as Ciara sobs. She’s let in the room and the doctor gets a heartbeat. She begs her beau to come back to her and Ben opens his eyes. “You saved me,” he says. They kiss. 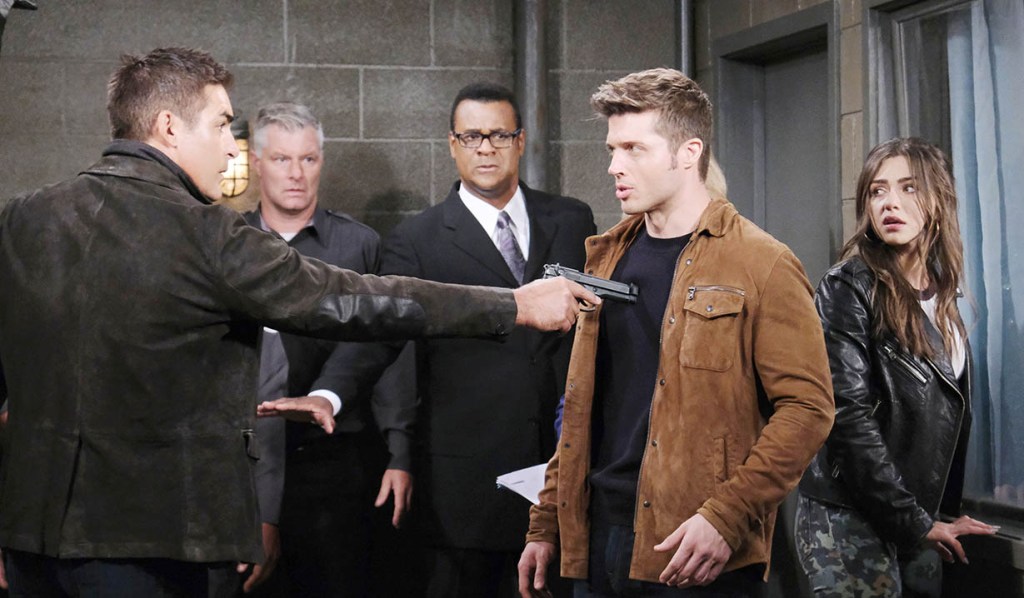 Xander returns to the hospital and finds Dr. Raynor and threatens her. Raynor can’t keep this secret so Xander takes out another check. Maybe that will help.  There’s one thing she doesn’t know about him. “I’m Tom Hanks compared to Victor Kiriakis.”

Back at SPD, Rafe sits Evan down in the interrogation room and says he’s not getting out of there for a long time. He needs to tell him where David is. Evan’s got nothing to say. He says David’s not Rafe’s son. Rafe knows but he also knows a lot about David. He wants to keep him safe but Evan says he is in very good hands.

<p>Evan shocks Sonny by pulling a gun on him after Sonny dumps him for Will. Evan explains it’s not about that. It’s about his past… he needs help.</p>

<p>Dr. Marlena Evans and Will Horton show up at Statesville prison. They say their goodbyes to Ben Weston who is being put to death. Ben is innocent of killing his sister Jordan Ridgeway. Her shady ex-boyfriend Evan Frears (AKA Christian Maddox) killed her.</p>

<p>It’s the day Ben gets executed for being wrongfully convicted of killing Jordan, his sister. The governer calls at Abe’s behest but even he can do nothing without a confession or proof from Evan.</p>

<p>Ciara arrives at Statesville. Ben’s rocked to see her. She explains she knows who killed Jordan and found him. She runs off with Will to get a confession.</p>

<p>Ciara arrives at Statesville. She struggles with the guard as she tries to get a stay of execution for Ben.</p>

<p>Ciara watches as Ben is prepared for death. She tries to stop the progression of the execution.</p>

<p>Evan Freers, AKA Christian Maddox, pulls a gun on Sonny. He winds up with Will, and Ciara in his sights.</p>

<p>Ciara turns the tables on Evan. She’s a woman on a mission, wanting to get Evan to confess to killing Jordan so Ben won’t be put to death.</p>

<p>Ben lays on the bed as the doctor prepares to inject him. Ben only has minutes to live. He’s beside himself.</p>

<p>A guard stands with the doctor at Statesville. The doctor is ready to inject Ben. Ben is breathing heavily, in shock.</p>

<p>Rafe arrives at the Kiriakis mansion where Will and Sonny tell him all about crazy evan pulling a gun on Sonny. They explain how Ciara forced him to drive to Statesville so he could confess to Jordans murder.</p>

<p>Rafe is at Statesville, after learning what’s been going on with Evan, AKA Christian Maddox. Rafe holds a gun to Evan’s chest. They want a confession so that they can stop Ben’s lethal injection.</p>

<p>Ben’s heart stops when the doctor injects the last of the three syringes. Ben dies while everyone is scrambling to get Evan’s confession but the doctor’s quick thinking has him jamming adrenaline into Ben’s chest.</p>

<p>Ben and Ciara are reunited after Ben comes back to live when the doctor administers adrenaline. Looks like Ben will be released.</p>

<p>At the gatehouse, a flashback is shown with Evan getting a hold of Jordan to tell her he knows baby David is his. They argue about Evan being a part of his son’s life.</p>

<p>Evan commits murder. He uses a necktie to strangle Jordan, which of course made it look as if Ben killed his sister.</p>

<p>Jordan died at Evan’s hands a year ago. Evan strangled her with a necktie.  </p>

<p>Victor and Xander discuss their many secrets and lies at Julie’s Place. Where of course, nobody can overhear them!</p>

<p>Nicole and Kristen chat at the hospital. Nicole’s suspicious of Xander.</p>

<p>Victor and Maggie hold hands at Julie’s Place. They’re in a good place after he kept the truth from her about her DUI.</p> 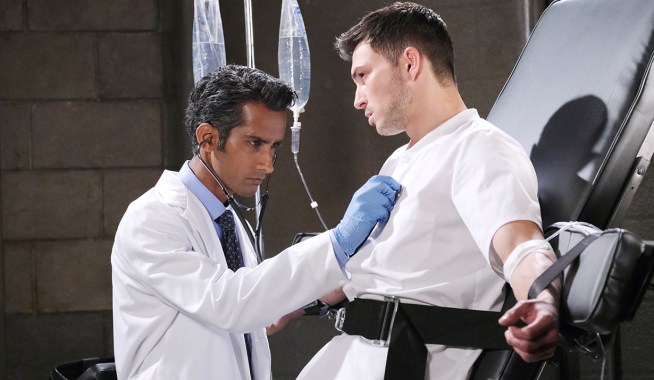 Ciara Storms the Prison With a Gun to Evan’s Head, Yelling to Stop the Execution 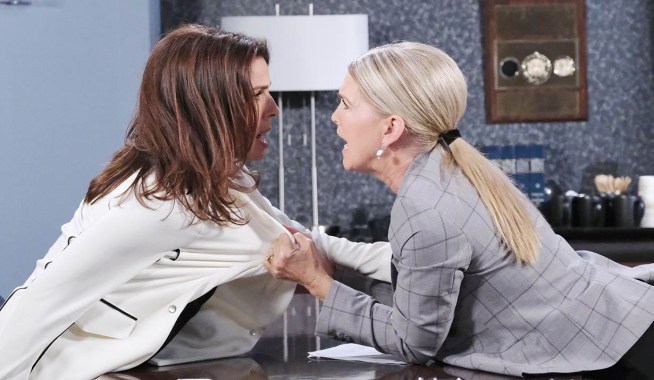