After Ciara and Rafe Learn Evan Is Jordan’s Killer, Ciara Calls Statesville and Asks for a Stay of Execution

Friday February 28, 2020: On Days of our Lives today, Justin and Stevano argue about Marlena, John's surprised Marlena will be there for Ben's execution, and Rafe kicks Evan out. 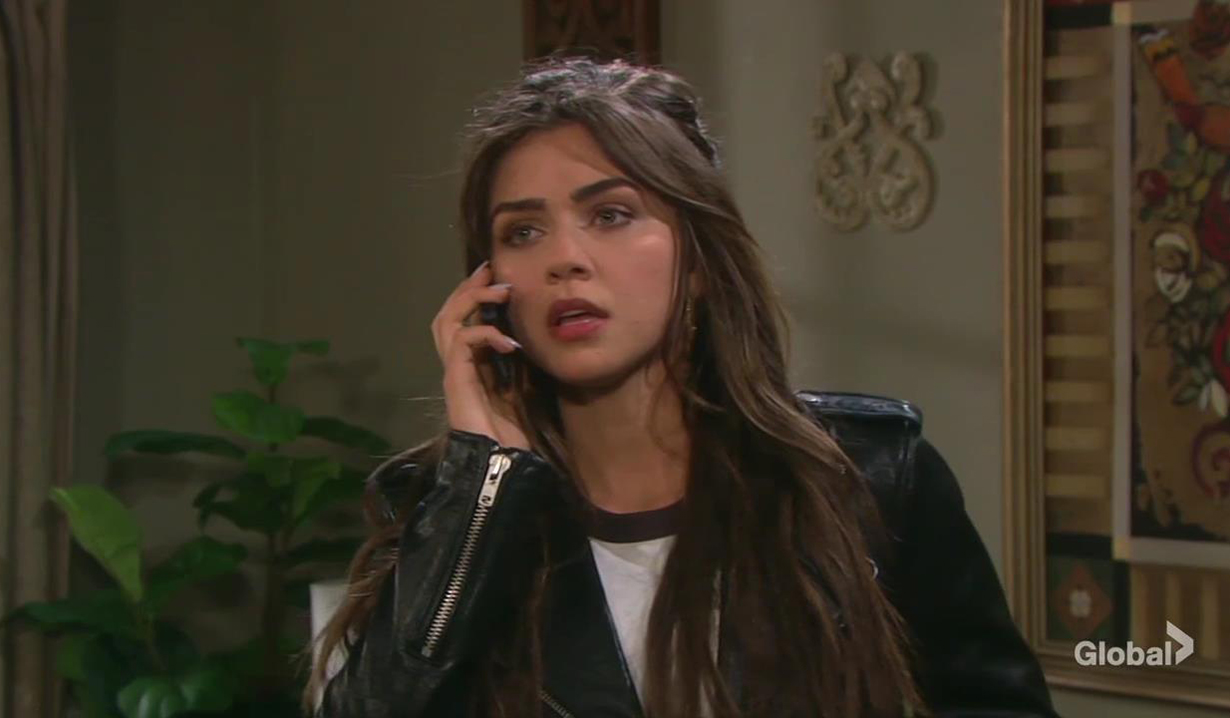 At Justin’s, Stefano makes more demands of Justin than the 10 million, which pisses Justin off. Stefano calls it “pin money,” shocking Justin. Stefano asks what good it is living like a king when he can’t have his queen. Justin scoffs. Stevano yells at Justin to make it happen and he’ll give him Kayla back. 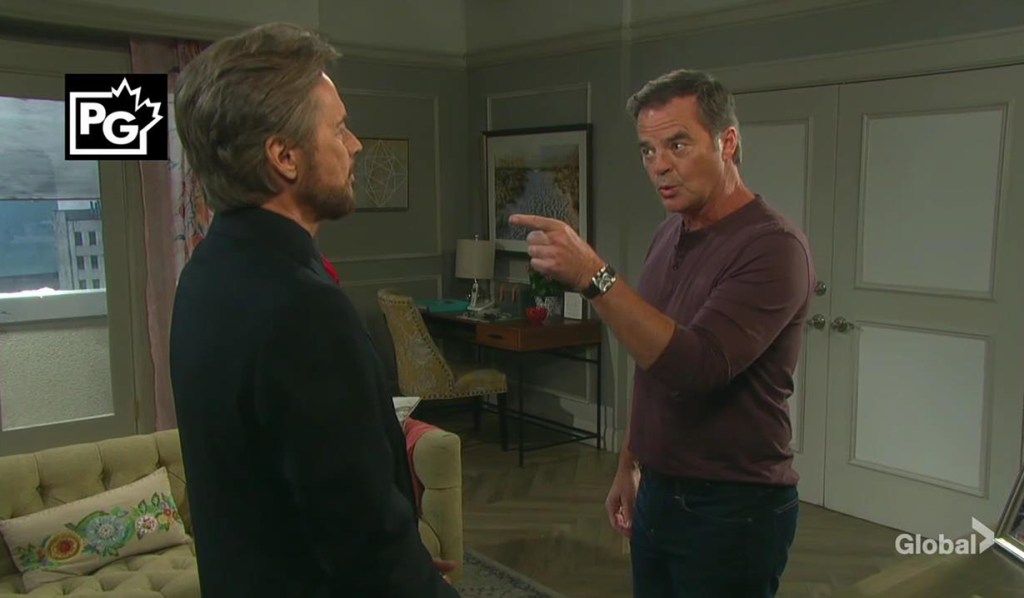 Kayla’s shocked to see Dr. Rolf at the warehouse where she’s being held captive. They argue about whether or not Steve is really Stefano until Stefano calls and puts Justin on the line so he can confirm she’s still alive. Rolf disconnects fast and Stefano demands Justin get Marlena for him. Meanwhile, Rolf tells Kayla that Stefano’s essence is implanted in Steve’s brain. She asks if it can be reversed. He doesn’t say and shows her his work. She removes the rope from her wrists and once he leaves, gets up and barges into Stevano on his way in.

At the hospital, Marlena and John talk about Maggie’s DUI and Will’s release. John wants to go to lunch but she’s going to Ben’s execution. John asks if she’s sure she’s ready to watch him die.

At the mansion, Sonny feels like he’s dreaming when Will arrives. Will promises he’s not dreaming. He’s free. He’s home. He says Maggie’s lawyers had his sentence overturned fast. Will learns Gabi’s a donor match for Mickey and is happy. Sonny finds Will brave and selfless for caring about how Victor is and keeping Maggie’s secret. Will laughs. Sonny asks for forgiveness for not standing by him. Will insists he’s done nothing wrong. They kiss and talk about their beautiful future together with their kid. Will asks what Sonny will do about Evan. Sonny says he was there for him and is great with Ari but he was only there with him because he couldn’t be with Will. “You are now, and always, the only man for me,” Sonny says. Since Ari’s in school, Sonny wants to take his husband to bed. Will can’t. He needs to be there for Ben’s execution and admits they’ve become friends. Sonny gets it. He’ll see him soon.

At Rafe’s, Rafe confronts Evan. His real name is Christian Maddox and he has a criminal background. Rafe shoves Evan and says he lied and might have cost him his son. This ends. Evan admits it and is sorry. He had a good reason to hide his identity. He made mistakes in the past and needed a fresh start and he’s good with kids. Rafe throws him out. 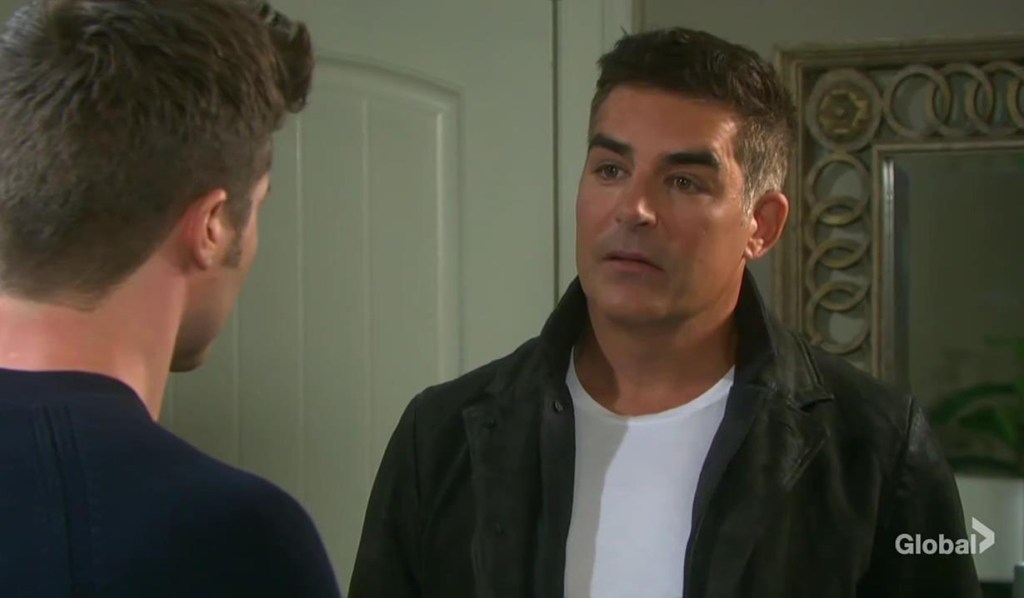 At SPD, Ciara tells Ben on a call that Evan’s real name is Christian Maddox but they don’t know where to find him. She now knows how to stop the execution.

At Statesville, Ben’s surprised to see Clyde who tells his son he got special permission to be there to keep him company before the execution. Clyde laments that Ben could have been long gone but Ben couldn’t let Ciara go to prison for hitting the police commissioner and helping a death row inmate escape. A guard brings Ben’s last meal. He shares it with Clyde. As they eat, he shares that Ciara’s got a solid lead on Jordan’s real killer. Clyde talks about Horton getting sprung and thinks it could happen for Ben. Clyde admits if he had to do it all over, he’d do things differently. He tells him he was a terrible father to him and Jordan. “It’s okay, Dad,” says Ben. He knew he did the best he could. Clyde tears up. He would trade places with him if he could. “In my own twisted way, I love you.” Ben knows. The guard returns. Time’s up. Clyde goes and Marlena turns up. Ben finds it kind of her to be here. He’s made peace and talks about his guilt over the Necktie killings. He thinks maybe he deserves this. He thanks Marlena for everything and becomes emotional and asks her to tell Ciara how much he loves her. Marlena tears up and says she knows. The guard arrives. It’s time. 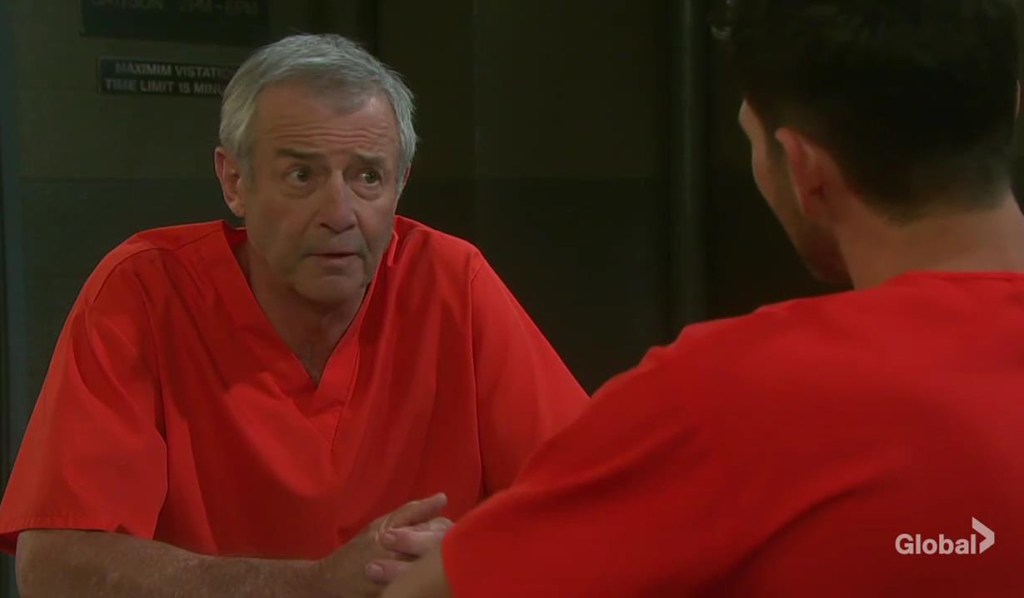 Ciara rushes into Rafe’s place and informs him that they got a hit on the DNA at Jordan’s murder scene. David’s father was at the crime scene and his DNA was on Jordan. She needs to track him down. Rafe gets excited and when he learns the guy’s name, he tells Ciara that’s David’s nanny. He takes out his gun and rushes into his room. He returns. Evan took David and left. Rafe brings her up to speed on what he learned about Evan. They agree he won’t harm David but need to find him before they execute Ben. Rafe takes off and Ciara calls the prison to ask for a stay of execution.

Will is about to leave the Kiriakis mansion when Evan appears. Will leaves and Evan assumes they’ve reunited. Sonny admits it’s true and doesn’t want to hurt Evan. He’s sorry. Evan takes a few breaths and then pulls a gun on a shocked Sonny.

Justin acts cagey as he finds John at the hospital and asks where Marlena is.

Evan reveals himself to Sonny. 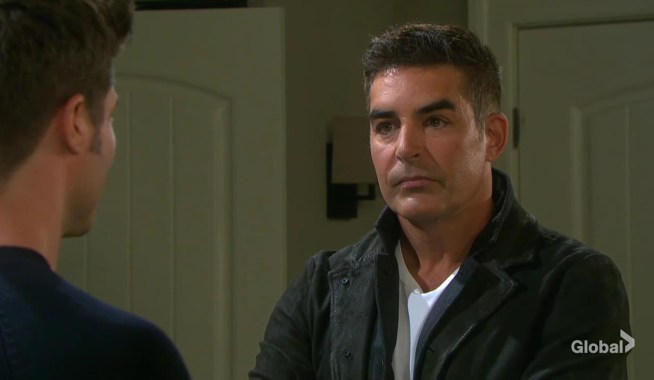 The Governor Refuses a Stay of Execution, Even Though Mayor Carver Made an Impassioned Plea 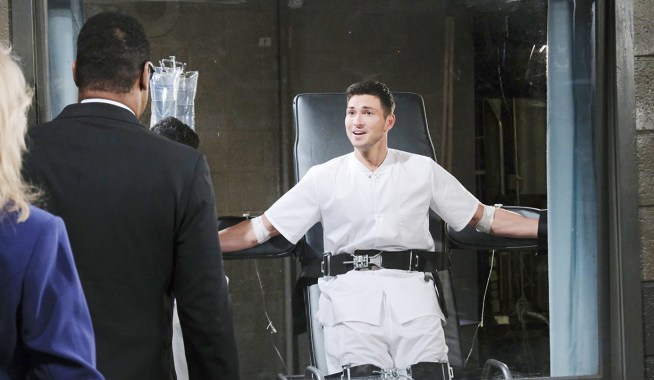