Before Ben Takes Off on the Run, Rafe Catches Him With Ciara at the Gatehouse

Thursday February 20, 2020: On Days of our Lives today, the women have nightmares, Victor is released from the hospital, and Sonny asks Will why he hasn't filed divorce papers. 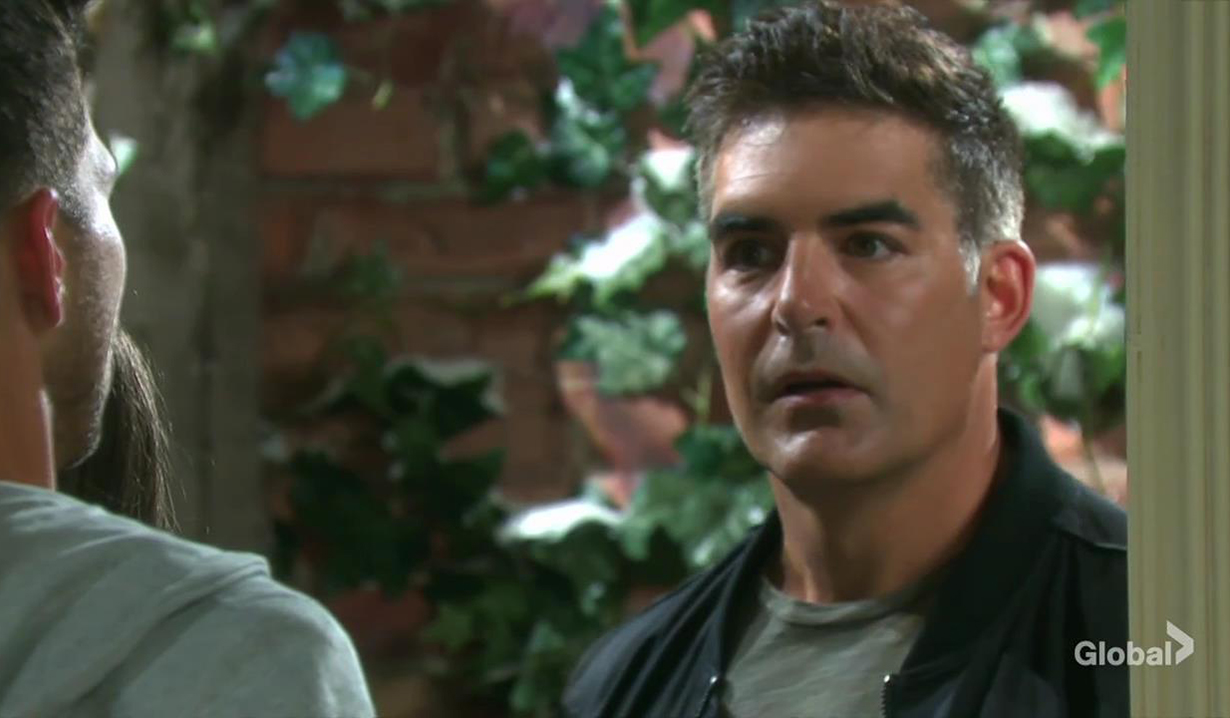 From Salem Inn, Kristen hears Rachel crying at University Hospital. She finds the baby’s bed but no baby. Kristen wakes up with a start, waking Brady in the process. She tells him about her dream as he comforts her. Kristen now feels that their baby is out there somewhere and needs her help. Brady says she’s gone but they’re together and need to make new, happy memories. Theresa calls and puts Tate on the phone. Brady learns that Tate was tested for the bone marrow transplant at the hospital and learns that Tate didn’t know it was supposed to be a secret. Brady blows a gasket. Kristen defends Xander who is desperate to save his kid’s life but Brady thinks there’s an ulterior motive.

More: Fans have a bone to pick with Days

At the Kiriakis mansion in Sarah’s bed, she wakes up gasping for air. She had a horrible dream that Mackenzie died. Xander consoles her and Sarah reminds Xander he’s her rock when he calms her. Downstairs, Maggie wheels a grumpy Victor into the living room. He’s glad to be out of the dreary hospital room but hates the chair. Maggie harps on him to keep calm. Rafe interrupts on official business. They discuss Gabi’s arrest and Mags says Arianna doesn’t know yet. They agree she’ll need their love and support. Rafe tells them he has reason to believe Ciara committed a serious crime by helping Ben Weston escape prison. Victor says Ciara’s at Titan. She texted him. Rafe says he was just there and Ciara wasn’t. He knows Victor’s lying and asks them to contact him if they hear from her. He goes. Maggie blusters but Victor but he reminds her he’ll always protect those he loves. Xander appears and Maggie goes to check on Mickey while Xander asks if Victor heard from Theresa. He hasn’t and they rehash switching babies. Victor would do it all over again even though Brady has to suffer the consequences. Brady and Kristen appear and Brady questions them. They lie that they’re talking about how well Titan’s doing. Brady says it was doing fine before he left. He asks after Victor who is good as new. Brady demands to know why he had Tate tested and the men say they’re casting a wide net. Kristen asks why Vic asked Theresa to keep it a secret. Upstairs, Maggie goes to Sarah and they rehash Maggie being drunk the night Sarah had the baby. Sarah thinks it’s better that she didn’t drive drunk and wants to stop talking about it. Back downstairs, Victor gets on the defensive and Sarah arrives with incredible news. Mickey has a match!

More: Win a tour of the Days studios 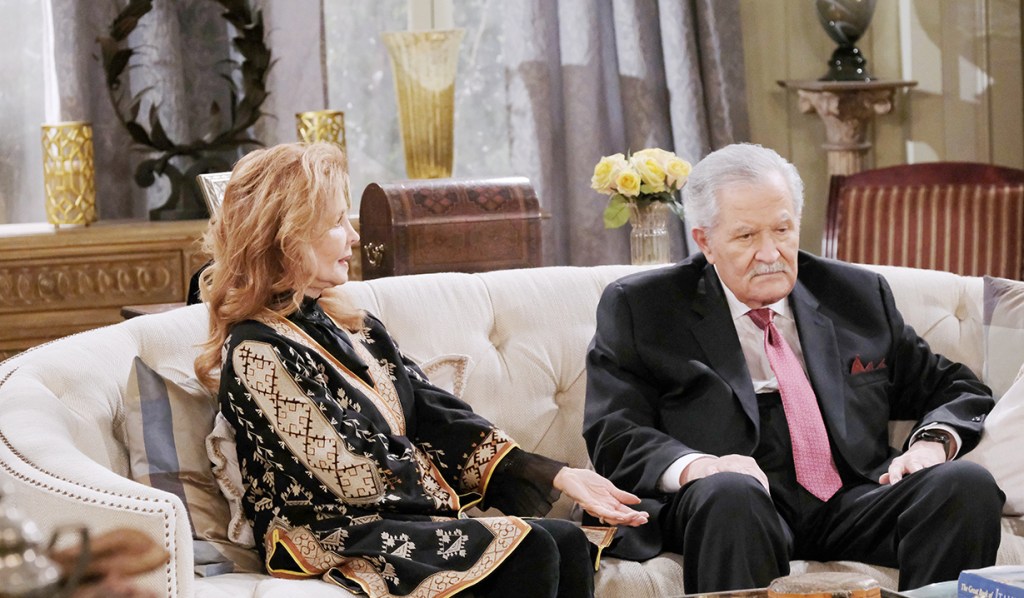 Sonny meets Will at Statesville. He’s sorry about Will’s grandfather. Will’s thankful. Sonny fills him in on Gabi’s confession to using the murder app on Julie. Sonny says she’ll do time. Will runs his hands through his hair. He’s sorry he can’t be there to help. Sonny asks why he hasn’t filed divorce papers yet. Will calls divorce a huge decision. Sonny’s confused. They agreed it was over. Will stutters. Something happened. He says Ben escaped and they were in lockdown. Sonny offers to take care of it and Will refuses. He asks Sonny to tell Ari he loves her before Sonny leaves. Will is torn between losing Sonny or telling the truth about Maggie’s DUI. Later, Maggie arrives at Will’s behest. She asks why he wanted to see her.

Someone tries to bash down the door at the gatehouse. Ben and Ciara wake up and assume it’s the police but it’s Chad who wanted Ben gone by now. He gives them an hour before he calls the cops. Once he’s gone, Ben says it’s time for him to go. Ciara wants to go with him, reminding him she doesn’t want a future without him. Ciara tells Ben about her theory that David’s father killed Jordan. As they talk, Ben thinks she’s on to something. But since the cops didn’t figure that out yet he doesn’t know how they’ll do better. He holds her head in his hands and assures her he’ll be fine but he has to go. They’ll keep searching for a way to keep Ben away from the death penalty. Ciara cries as they say goodbye. At the house, Rafe goes to Chad who assumes he wants his statement about Gabi. Rafe doesn’t want that. He’s there to search the gatehouse to find Ben Weston. Chad tries to talk him out of it, saying that they’re renovating. Rafe doesn’t get the point. Is Chad hiding something? Chad gets defensive. Later, as Ciara’s leaving the gatehouse, Rafe turns up and catches them together. 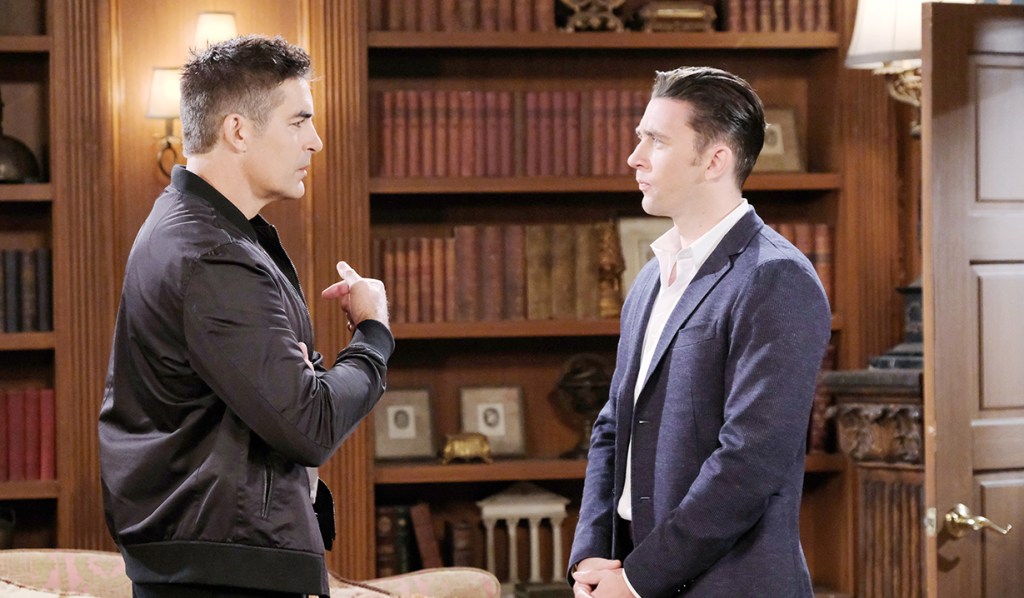 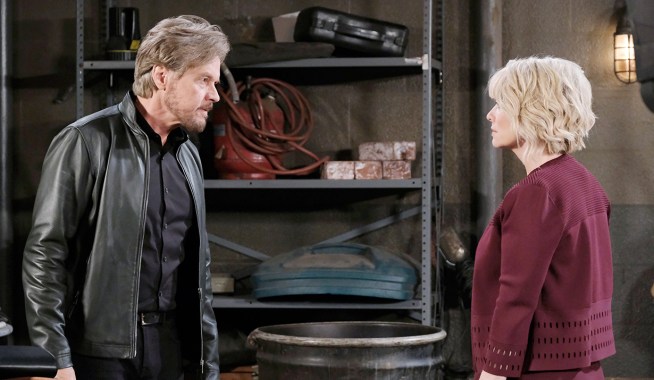 Kayla’s Stunned by Steve Revealing He’s in Love With Marlena, Then Horrified by Another Confession 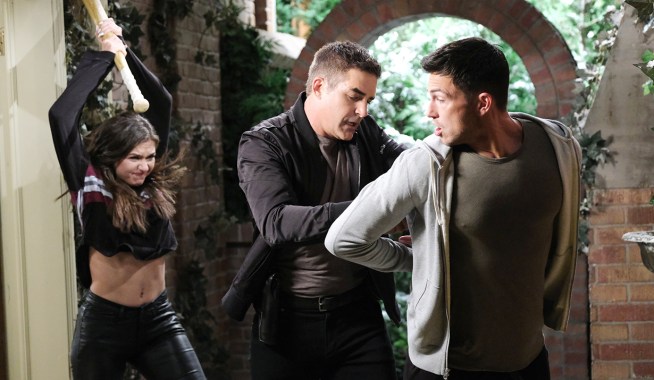