Kayla’s Stunned by Steve Revealing He’s in Love With Marlena, Then Horrified by Another Confession

Wednesday February 19, 2020: On Days of our Lives today, Kayla and Stefano argue, Kate finds out Gabi is arrested, and Eli pushes Lani away. 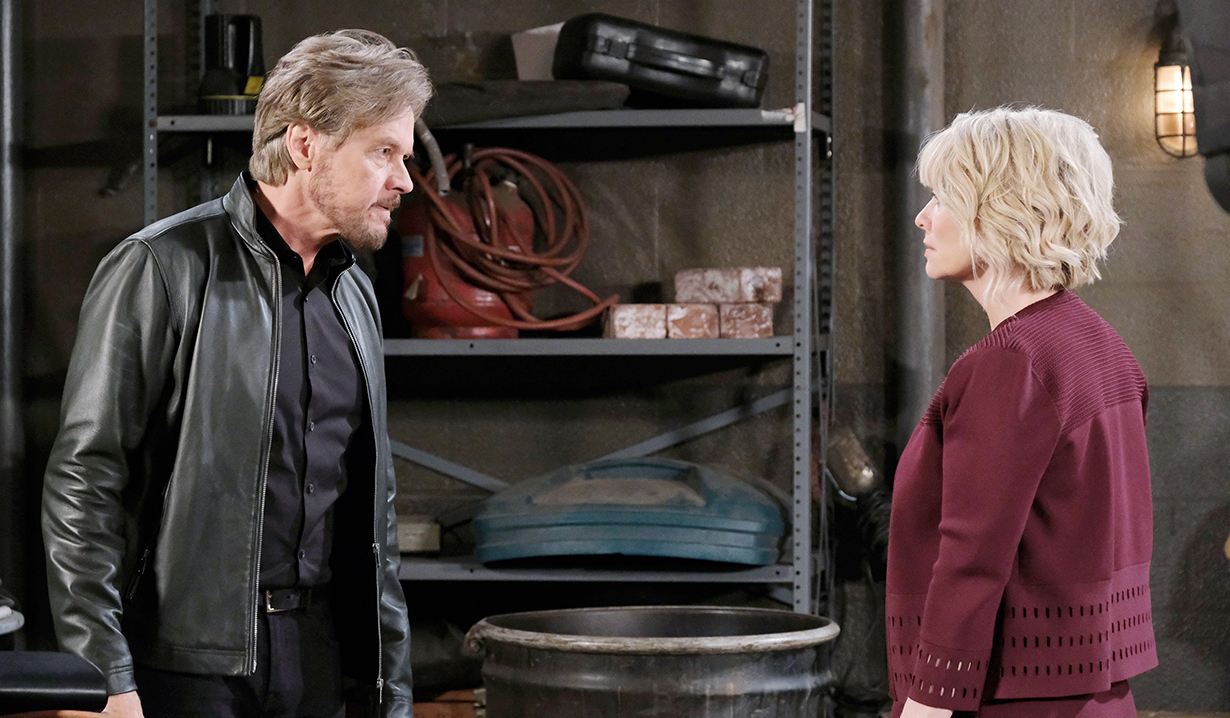 At SPD, Gabi realizes she needs a lawyer. Rafe doesn’t think all the money and power from the DiMeras is going to help. Gabi’s sorry for putting Rafe in this position again. Rafe feels for her. He gives her a phone to make her call. Outside, Kate appears to be fighting a cold. She gripes on a call about being released. Justin arrives and says the courthouse is busy. She tells him she was accused of betraying a friend. Rafe appears. Justin’s sorry to hear about Gabi and admits he’s worried about Kayla who hasn’t been answering his calls. On alert, Rafe asks how much Justin knows about what’s up with Steve. In the interrogation room, Gabi calls Sonny, apologizes, and asks him to come. Kate appears and in a gravelly voice, asks what happened. Gabi fills her in. Kate’s shocked. Who gave her this insane idea? Gabi got if from Kate. Kate sighs. It’s horrific but she knows Gabi’s pain was real. Why didn’t she disable the app? Gabi knew this would happen. Gabi asks why Kate was arrested. 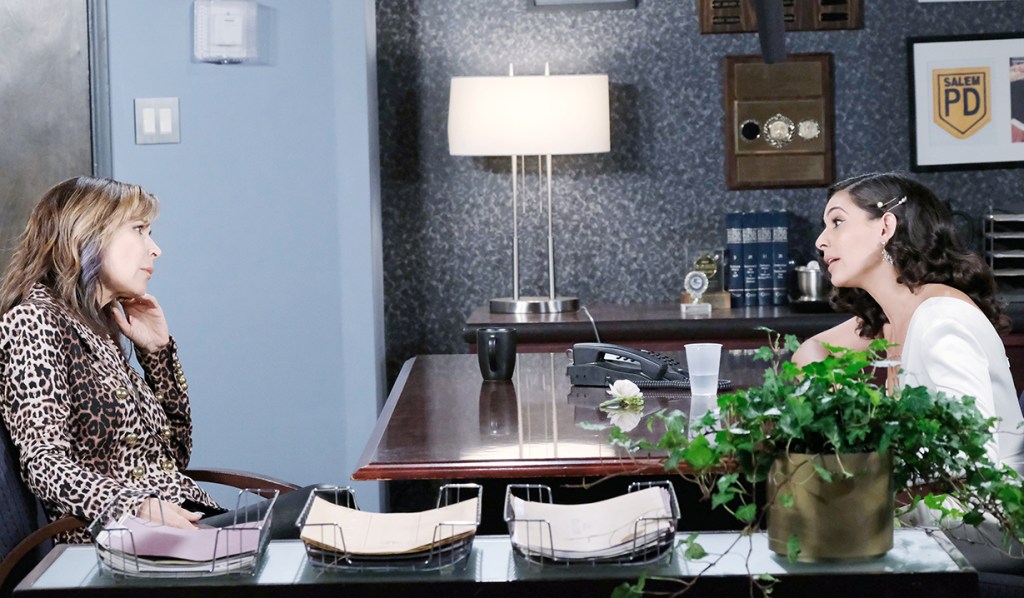 At the park, Eli and Lani make out. Eli pushes her away. He can’t kiss her knowing that she kept him in the dark this whole time. He loves her for protecting his grandmother but also hates her for it. Lani cries. She left him in bad shape for a long time. Lani wishes she’d done things differently. Eli knows she went through a lot but right now, he needs time and wants to be alone. Lani frowns but understands.

At the hideout, Stefano is on a call with Rolf, thanking him for the provisions. He disconnects as Kayla walks in. She thinks Justin’s worried about her. Stefano barks, “Enough about Justin.” Kay calls Justin wonderful and wonders why “Steve” cares. He doesn’t. He’s bored. She’s tired of his cruelty and calls him out on lying about being in love with another woman. Stevano says it’s true. Kayla’s incensed. Does he even realize that today’s their wedding anniversary? “Steve” reminds her they’re divorced. Kayla demands to know who the woman he loves is so he confesses it’s Marlena. Kayla finds that impossible. John is his best friend. “Steve” says John isn’t good enough for Marlena. She’d never give her heart to a “pawn like him.” He calls Marlena his queen. Kayla thinks he sounds crazy – like Stefano DiMera. Stefano moves in on her, removes the patch and says it’s because he is Stefano DiMera. Kayla backs up. Stefano puts on his phoenix ring and speaks in his own accent, telling her he’s risen from the ashes. Kayla’s baffled. Why is he talking like that? Stefano confides that Rolf transplanted Steve’s consciousness in Steve’s body. Kayla shakes her head. She learns that he’s the reason Steve didn’t return for his dear sister’s funeral. Stefano admits Steve was on his way home to her when his people intercepted him. Kayla tries to talk to Steve and Stefano laughs in her face. He says Steve is dead and lets her know she’s not going anywhere.

Hattie rushes into work begging roman to save her job. She was trying to help Marlena… Roman says he didn’t fire her. He knows what happened but is surprised she defended Kate for teaming up with Stefano. Hattie explains that Kate felt guilty and was trying to remedy the situation. Roman thinks Kate was only trying to protect herself. Roman snaps that she could have been hurt or strangled to death. Hattie shrugs and admits Steve his hot with his eye patch off. Roman growls that he’s not Steve. She knows but got swept up in the moment when he kissed her. She shares that she stopped things from going too far because of Roman.  She calls him a strapping and hunky man. Roman grins. She’s quite the romantic. Hattie is but she’ll stop chasing him since he has no interest in her. Roman admits that’s “not necessarily true.” Hattie doesn’t want his pity. Roman insists it’s not. He admits he likes her personality. He found what she did for Marlena to be brave. He admires her and sees her in a whole new light. He calls her special and kisses her cheek and she swoons. 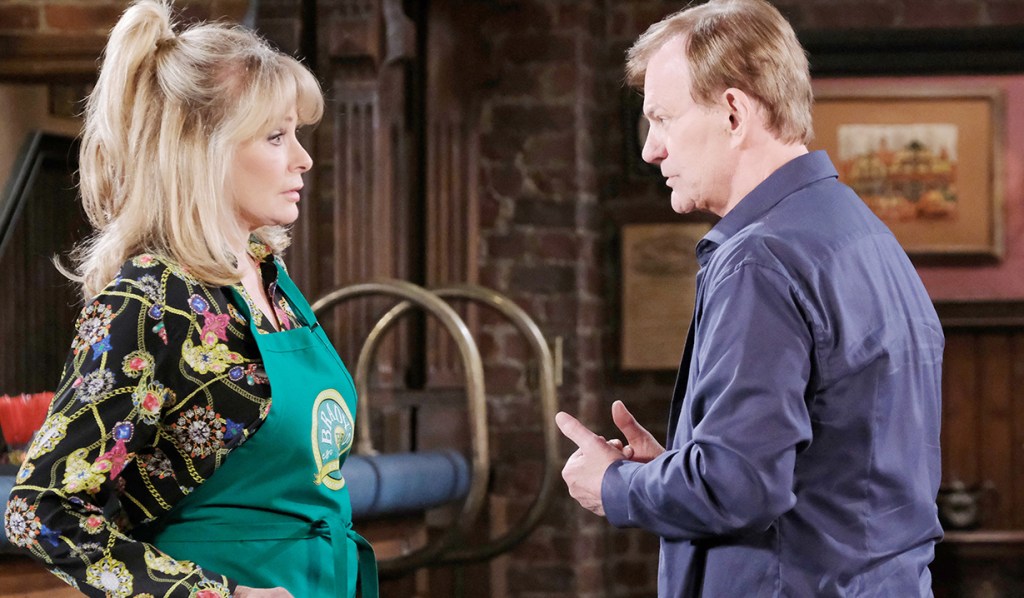 At the townhouse, Marlena and John are annoyed to receive flowers from Stefano. Marlena reels but John reassures her that nothing will come between them. They head into the bedroom which is filled with flowers and candles. John wants her to think about how they’re home and safe. She smiles and he admits he loves her more each day. She feels the same. “Happy Valentine’s Day, sweetheart,” John says, and they start kissing. 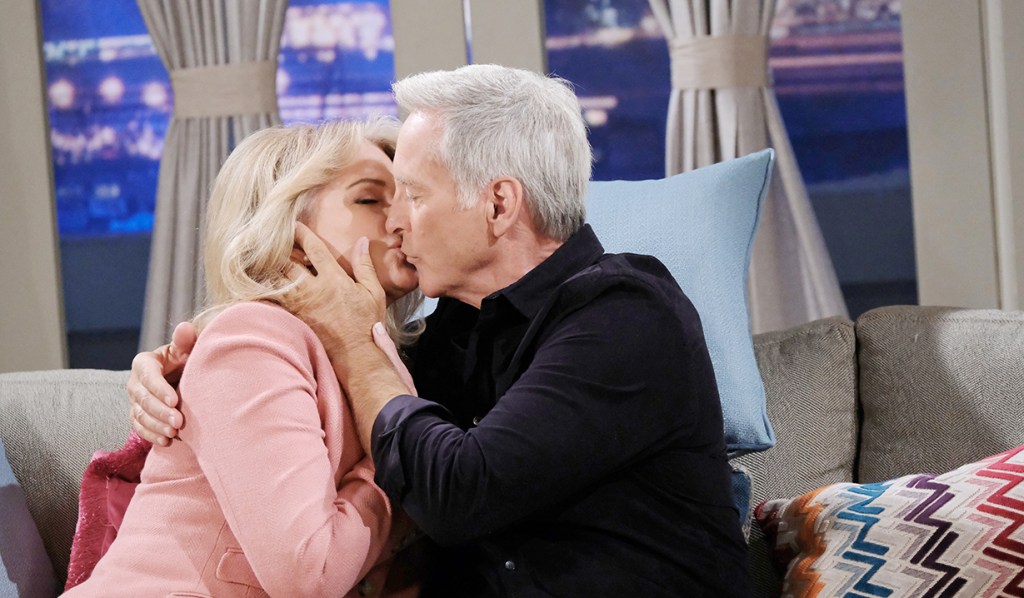 More: Sparks ignite in Love in Store on Hallmark

Roman and Justin arrive at the hospital and find bandages in the garbage. Rafe knows Steve was there. He calls for security footage and a few minutes later they look at it together and see Kayla with someone in scrubs. Could be Steve. 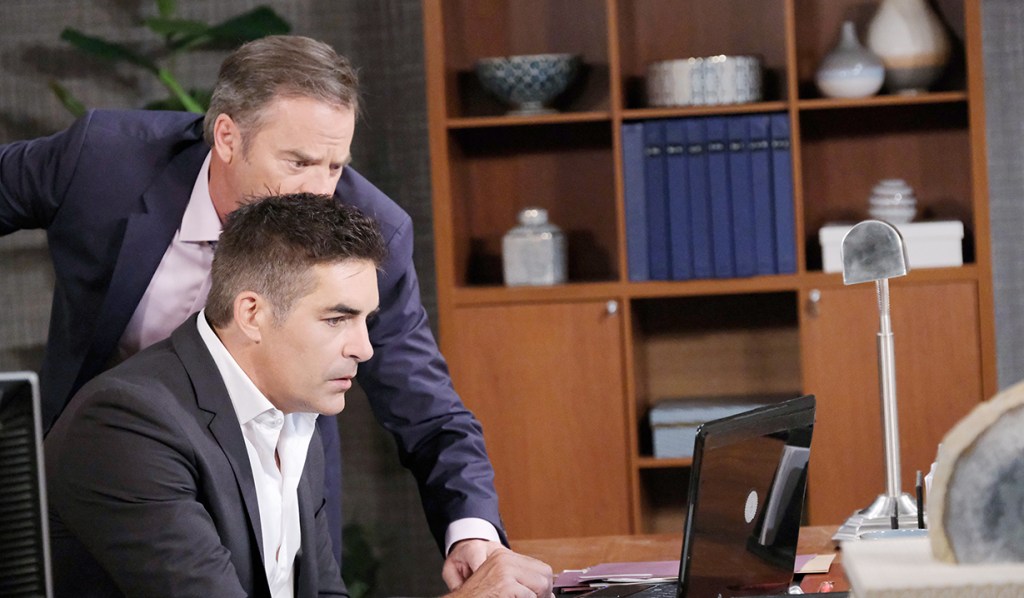 A Family Death Has Jennifer & Doug...

Before Ben Takes Off on the Run,...