Wednesday February 12, 2020: On Days of our Lives today, Ciara cares for Ben, Kristen and Brady share a tender moment, and news comes in about Mackenzie's bone marrow donor. 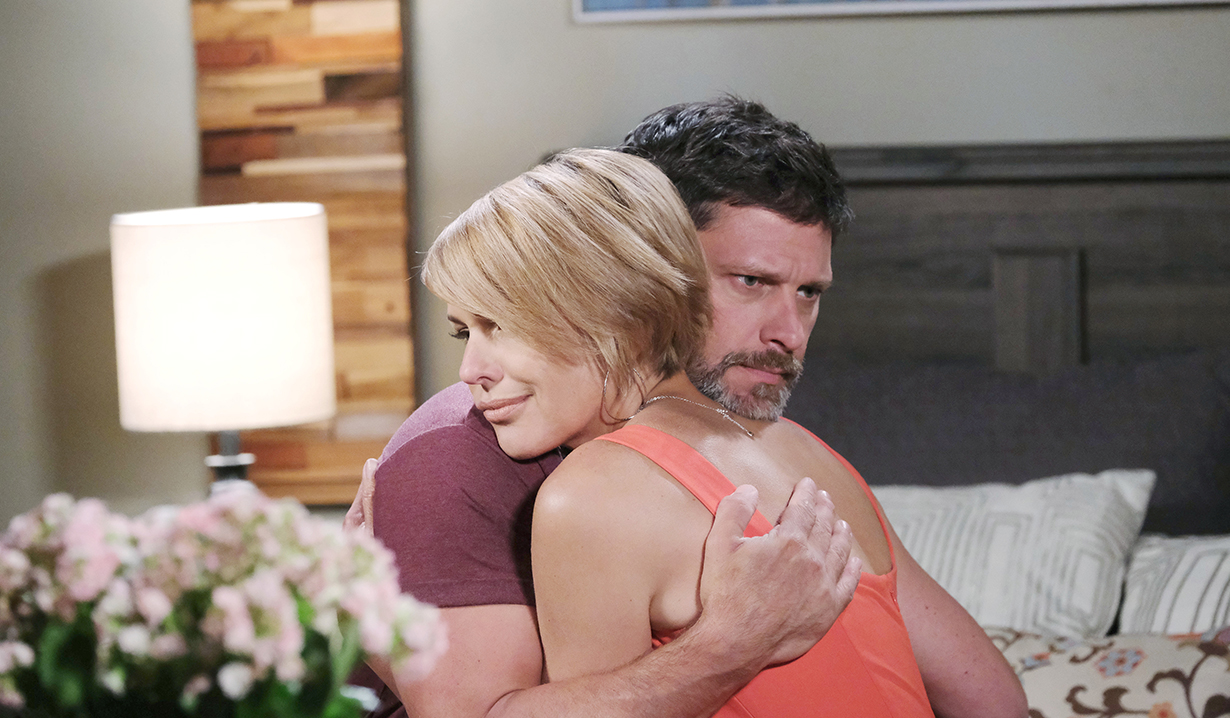 In bed at Eric and Nicole’s apartment, Eric professes his love to Nicole and kisses her lovingly.

In Sarah’s bed at the Kiriakis mansion, Xander never thought he’d get to live his dream of being with her. It was worth the wait. They make out and make love again. Later, the test results have come in. Sarah calls Eric to let him know.

More: Watch a tour of the Days set

In her room at Salem Inn, Kristen looks at Steve’s portrait. Brady arrives and she opens the door a crack and looks out nervously. She can’t think of a way to get rid of him so lets him in. He questions her about the portrait and Kristen tells him about Abigail and Chad finding it stashed at the DiMera gatehouse. They took it to her and asked if that’s what Stefano looks like now. Brady wonders if they’re right. Kristen scoffs at that. He reminds her she made herself look like Nicole. Kristen feels bad about that. They rehash Rachel’s death and how the nuns comforted her. Brady wanted to be the one to comfort her. She was in a dark place and says she didn’t see it that way. She thought she was a burden to him. Brady denies that and kisses her. They pray to God for their daughter and kiss before he goes and Kristen melts into the door, happily.

At the hospital, “Steve” refuses to let Kayla answer Roman’s call. He asks her to hide him. He can’t go to the cops. He needs to take Stefano down himself but for now, needs to stay out of sight until he can do that. Meanwhile, Justin visits Victor in his room. Maggie told him Vic was being released tomorrow. Victor “can’t wait to blow this joint.” He learns Ben Weston escaped prison. Justin wonders if Vic had something to do with it but Victor assures he didn’t and barks, “No wonder I had a stroke…People convincing me of things I didn’t do.” Justin prays Ciara’s not involved. Victor says she reminds him of Bo. He can’t wait until Ben is out of her life and she can move on. Victor asks if he and Kayla are still happy with Steve Johnson back in the picture. Justin admits they are so Victor urges him to go home to her. Justin goes to Kayla’s office. It’s locked. He calls her name and Steve hides in another room while Kayla lies to Justin that she’s pulling an all-nighter to fill out some report. She winces, apologetically. Justin senses something amiss but Kayla reassures him she’s fine. He goes and Stevano reappears. He thanks her for sending Justin away and asks her to trust him. She looks downcast and he calls her Sweetness to seal the deal. She leaves the room and he deletes Roman’s message from her phone.

Ciara takes Ben into the DiMera gatehouse. He’s smarting from the gunshot to his leg. He wants her to leave him there and not to turn back. She refuses. He snaps that she’s helping a fugitive. She has a life to live. Ciara has no life without him, she argues and tells him to get out of those clothes. He changes into something comfortable and they remember how happy they were living there. Ciara knows they’ll be happy again. They kiss and Ciara goes to find food and later feeds him while they canoodle. 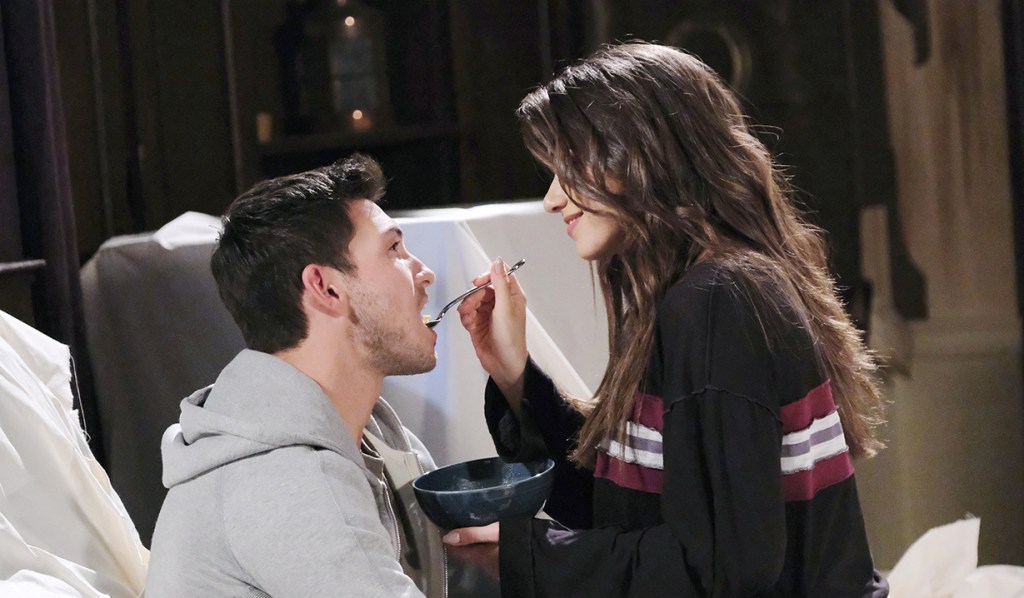 Back at the hospital, Sarah reads the test results and tells Xander, Nicole, and Eric that none of them is a match for Mickey. Neither is Kristen or Brady. Eric calls Brady with the news. He and Kristen are disappointed. Xander takes off while Nicole tells Sarah that she and Eric are together. She’s surprised and fills them in on her and Xander’s union. They’re quiet. She understands that he did a lot of horrible things to them but he’s changed. They’re happy for her. In Victor’s room, Xander and Vic talk about the test results and Xander repeats that Sarah and Eric can’t know that their baby is really Kristen and Brady’s. Sarah wanders in as Xander repeats that he doesn’t want Sarah to know and she questions him. He lies about having a playhouse made in the yard. 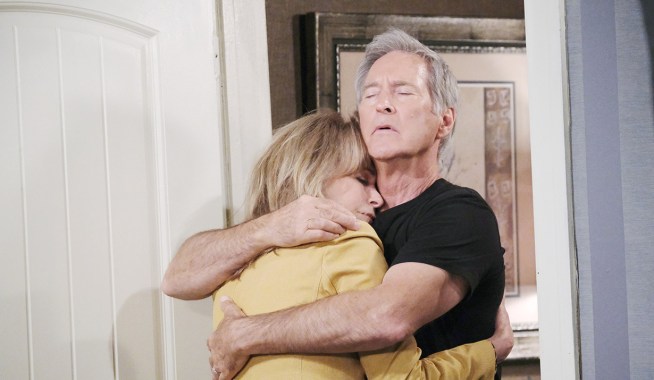 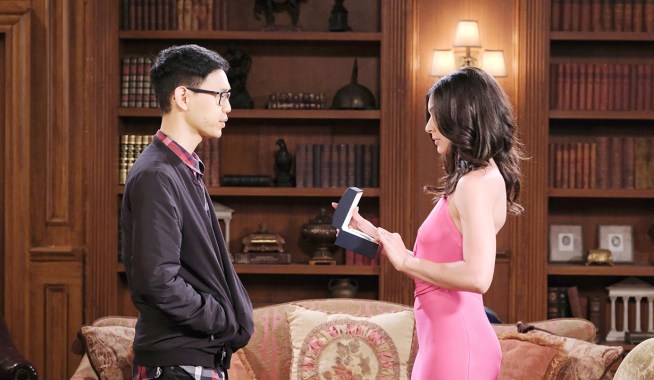