Thursday February 6, 2020: On Days of our Lives today, Rafe and Roman meet Tony and Anna in Prague, Ciara goes to Kayla and Justin to discuss Ben's case, and John is drugged. 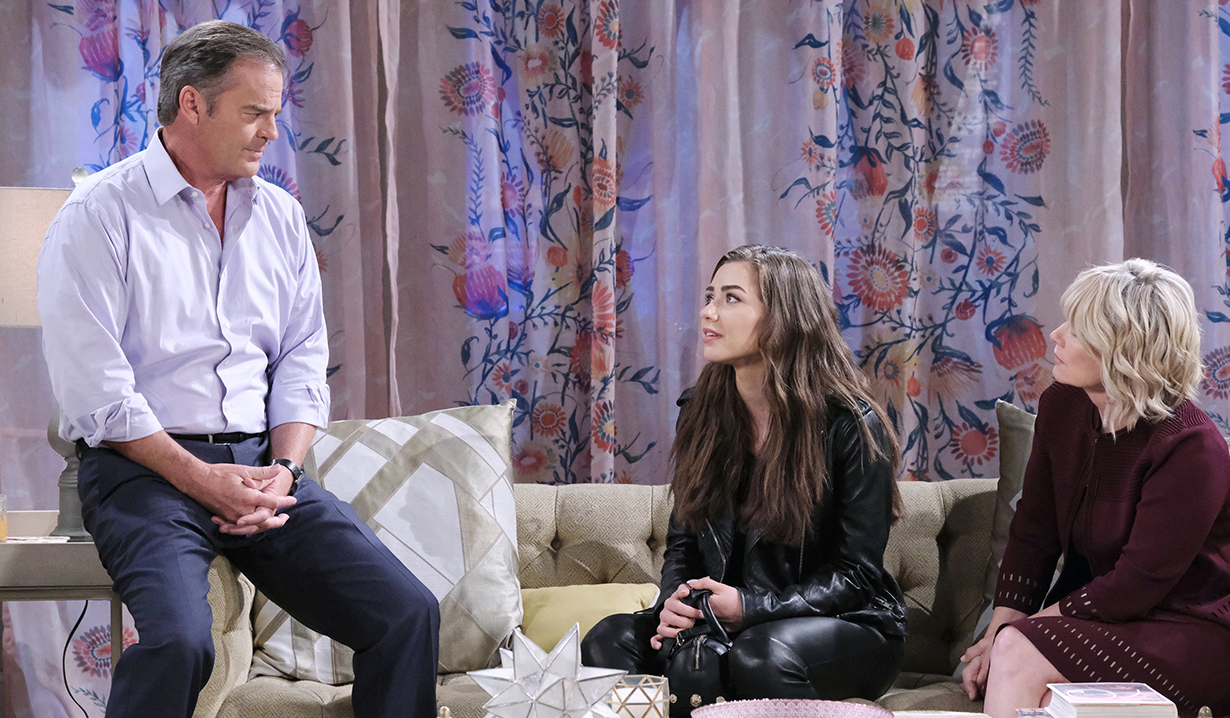 Rafe and Roman arrive at the hotel cafe in Prague and wonder where Steve and John are. Tony and Anna appear. They talk about the last time they saw John and Steve and Anna snorts that Steve was “acting like a pompous ass.” Rafe takes notes and they all wonder why Steve was offended by Anna trashing Stefano. Anna wants to stay out of the search for Stefano. “Tony, I finally have you back and you’re not in a dream or in my purse. The real deal.” She thinks there’s no reason to get involved but Rafe tells them that Hope thinks she’s Princess Gina and took Marlena hostage. Anna and Tony realize they need to help. Later, Rafe says Hope’s not the only person not acting like themself. Roman thinks Steve was brainwashed to become Stefano’s soldier once before. It could be happening again. Rafe agrees. Meanwhile, John tries to escape the dungeon by attempting to loosen the grates on the window. Someone drops off food in the cell and locks the door again, causing Gina to pound on the door and demand to be let out. She fakes giving up. John won’t let her. He hugs her and she’s about to eat a sandwich when John slaps it out of her hand. It’s likely poisoned. John becomes woozy and takes a long drink of water and gets to work on the grate. He’s able to open a portion of it but then collapses. He tells “Hope” the water is drugged. Princess Gina tells him, “Only your bottle, John.” He can’t focus and thinks he’s seeing Marlena. He laughs and cries. She asks him to make love to her and they start kissing. 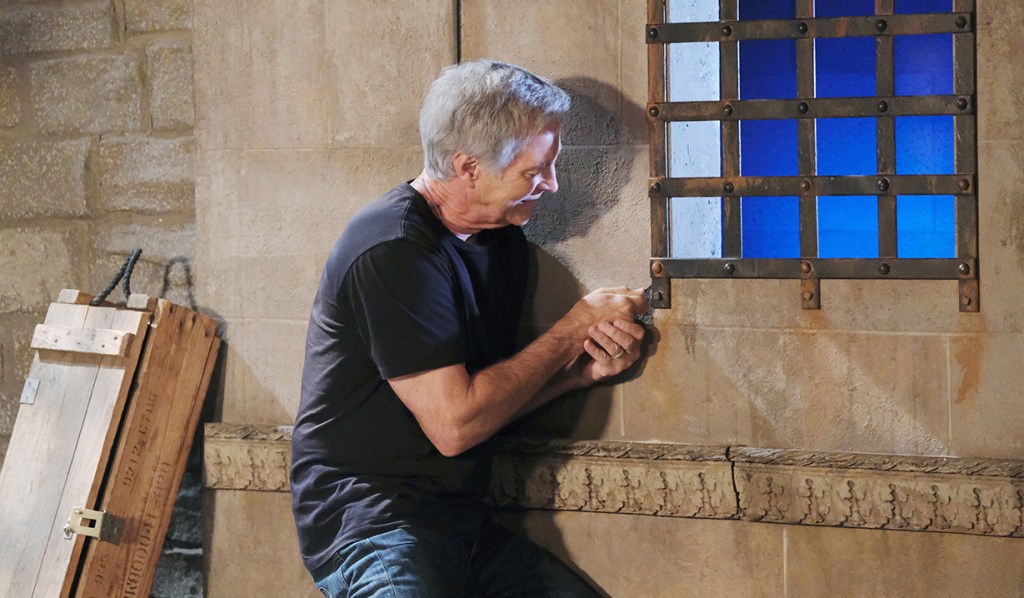 From Gina’s loft, Marlena tries to open the window as Stevano texts Rolf to tell him that trying to get Marlena to believe John’s death is not easy. He’s proceeding with giving his Queen her King instead of the pawn. Rolf will send confirmation “when it’s done,” he texts back, making Stefano smile. Marlena notices this and questions what he’s keeping from her. He shows her photos of John shot. She asks how he knows they’re real. He took them himself, he lies. Marlena yells asking why he’d document them. “Steve” needed proof. He doesn’t know how he escaped with his own life. Marlena sobs and Stevano again vows to honor John’s dying wish by caring for her. He hugs her and she jumps back when he caresses her hair. “What the hell do you think you’re doing?” She begs him to promise that they’ll get out of there and get revenge on Stefano, “that murdering son-of-a-bitch.” He will see that justice is done. He’ll always be there for her and shocks her by kissing her. 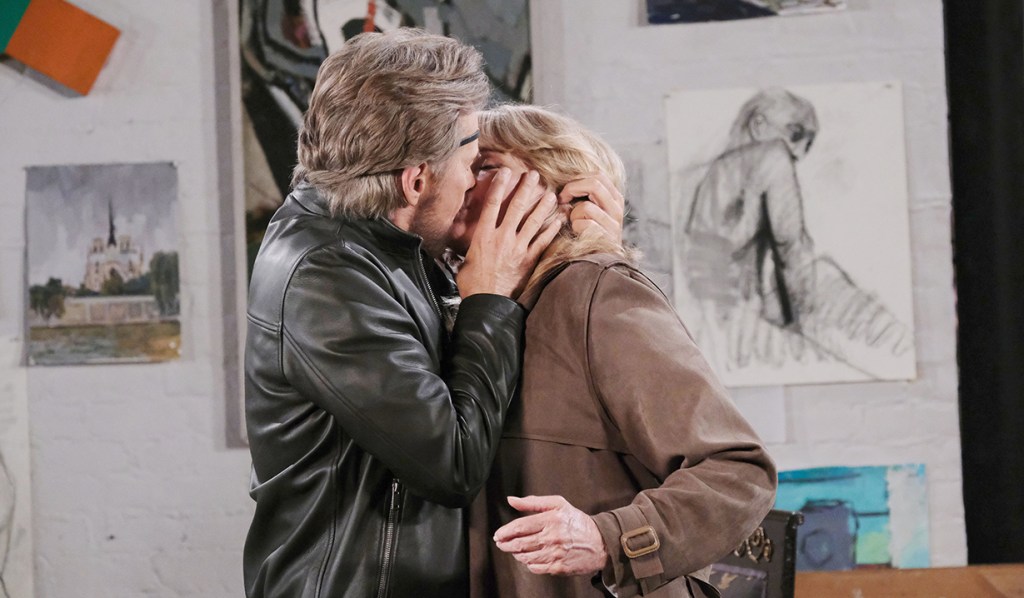 Ciara arrives at Kayla and Justin’s condo in tears. Kayla holds her and takes her inside. Justin knows she heard that the judge set Ben’s execution date. Ciara can’t get a hold of her mom. Kayla’s always there for Ciara. Ciara’s grateful for that and to Justin but wonders if there is anything more they can do. There’s nothing and Ciara takes the blame since she wasted time trying to prove Victor and Xander framed Ben. Kayla hadn’t heard so Ciara fills her in. They discuss the case again, trying to come up with a new theory, and realize that David’s father may have had something to do with her murder. She refused to discuss him and was adamant he stay out of her kid’s life. Justin goes to call his Californian contacts since Jordan’s ex is from there. Later, Ciara’s gone and Justin dines with Kayla as they talk about Ciara’s devotion to Ben. 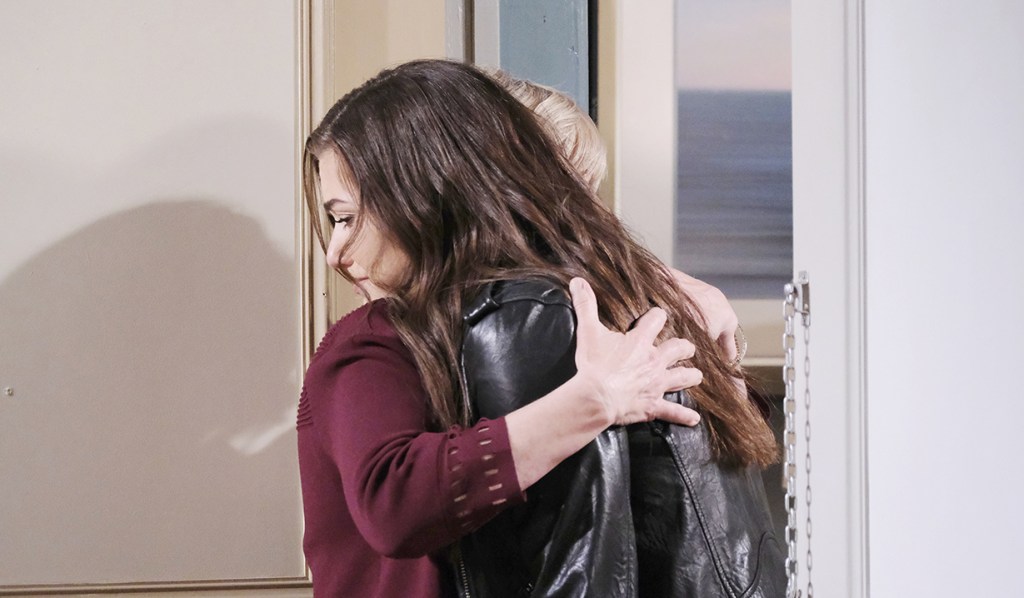 At Statesville, Clyde watches Ben read a letter from the prison asking him what he wants for his last meal. Clyde knew Ben shouldn’t have listened to his “hotshot lawyer and uppity girlfriend.” Clyde still plans on busting out of prison and wants Ben to join him. Ben grits his teeth and refuses. Clyde reminds his son about a time when he took the blame for an old friend who laughed when Ben was beaten, thinking he was a fool. Ben says, “Lesson learned,” but Clyde doesn’t see it that way since he’s doing it again. Clyde’s overcome with emotion when he asks if Ben is willing to let them kill him for something he didn’t do. They argue. Ben can’t give Ciara a life on the run but Clyde doesn’t think the other choice is any better. Ben agrees to break out of prison. Clyde’s glad. He goes to call Ciara.

<p>Ciara goes to Kayla and Justin’s condo. She tells them her new theory regarding Jordan’s killer. </p>

<p>At Justin and Kayla’s condo, Ciara appears. She’s upset after learning about Ben being put to death very soon. She has a new theory about Jordan’s murderer.</p>

<p>Roman and Rafe arrive in Prague. They’re searching for Marlena and Hope or Princess Gina. They come in contact with Anna and Tony DiMera. </p>

<p>John tries to escape the dungeon in Prague that Princess Gina has them locked up in. John doesn’t have any luck.</p>

<p>Princess Gina drugs John to get what she wants. She kisses him while he’s under the influence in the dungeon they’re locked in. Of course, John kisses her back because he thinks she’s Marlena. </p>

<p>Stevano – or Stefano – kisses Marlena, though some suspect this is actually Hattie. They’re at Princess Gina’s loft, locked in.</p>

<p>In prison, Clyde again tries to convince his son Ben to escape the pokey and head out on the run. It beats being put to death for a crime he didn’t commit so in desperation, Ben may go along with it. </p>

<p>Ciara takes a call from Clyde at the square on her cell phone. SHe’s surprised – he tells her they’ve got to have a chat.</p> 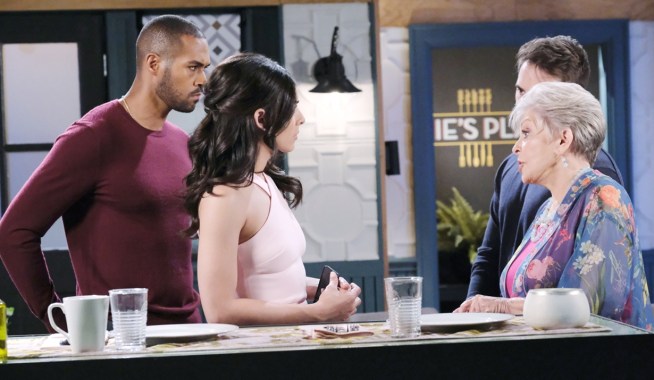 Stefano Reveals Himself to Marlena, and She Shocks Him With a Welcoming Response and an Admission 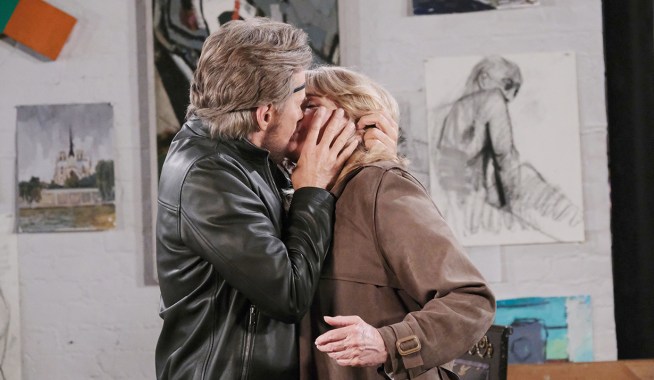