Thursday January 30, 2020: On Days of our Lives today, Marlena finds herself in grave danger, Kate opens up to Hattie, and Chad suggests new living arrangements to Abigail. 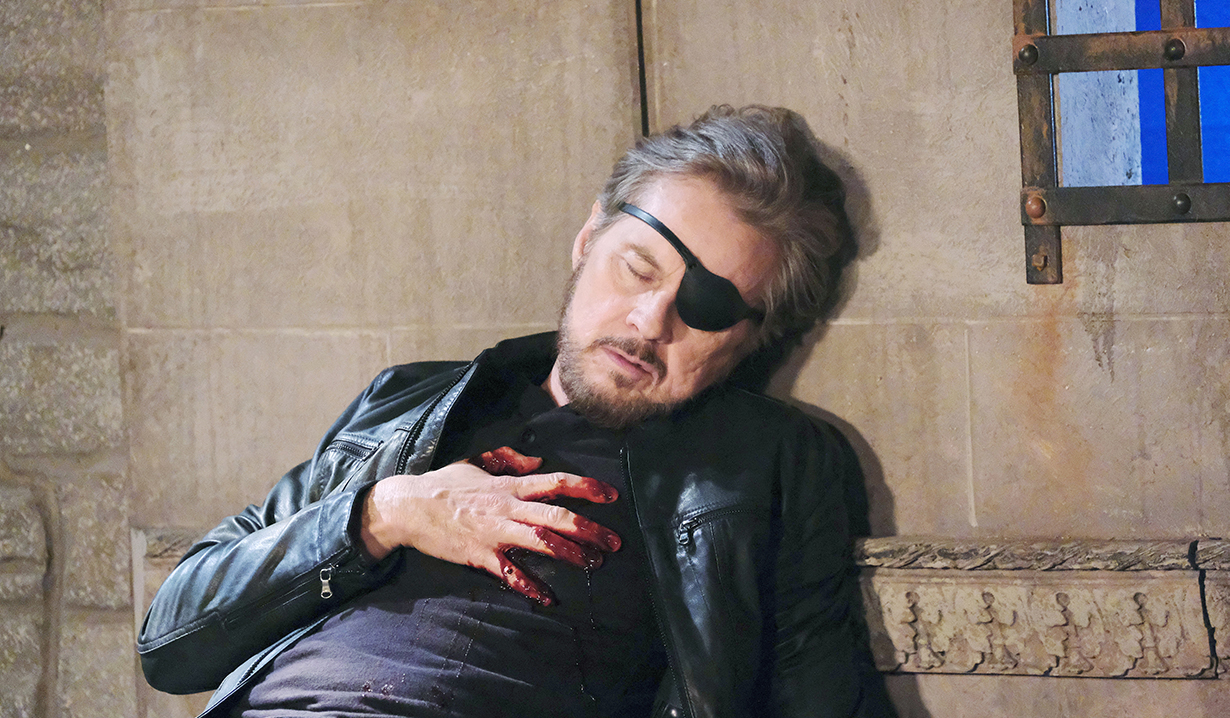 At the SPD, Rafe and Shawn realize Gina’s taken off. Shawn’s worried about his mother and Rafe’s concerned Gina could target Marlena. He decides to call her.

At Brady Pub, Kate suggests Chad stay away from everything to do with Stefano for a while and denies having contact with him. Chad thanks her for lending her ear, then leaves. Kate snaps at Hattie, who asks what’s going on. Kate flashes to Gina’s threat – she can’t talk about it. Hattie guesses it’s about Steve as Roman approaches and hears Steve’s name. He says he’s leaving after getting a call from Shawn. Kate clashes with a customer and Hattie asks again what’s bothering her. Kate confides she made a mess and people she cares about could get hurt. Hattie says they’ll face this as a team. Kate worries John and Marlena’s life together will be destroyed. Hattie’s at a loss, so Kate explains Steve is Stefano DiMera. Hattie realizes that’s the reason he’s not wearing the patch. Kate adds that Hope is Princess Gina and she’s dangerous. Kate wanted to run DiMera with Stefano, but now Marlena’s in danger. 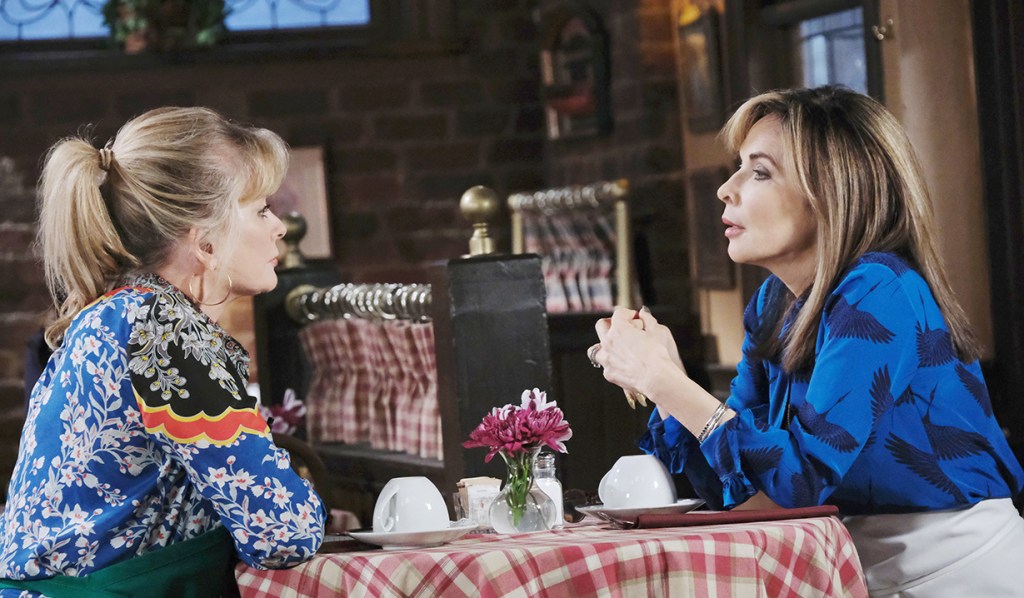 In her townhouse, ‘Hope’ tells Marlena she’s there to protect her – John and Steve believe Stefano may come for her. She’ll take her to a secure location. Marlena’s phone rings – it’s Rafe. Gina tells her not to take the call as Rafe could be compromised by Stefano and has been withholding leads. Marlena expresses disbelief. She convinces ‘Hope’ to pull her car around while she packs a few things. Once alone, Marlena listens to Rafe’s voicemail and learns he and Shawn believe Hope is Princess Gina. Just then, Gina returns. Marlena alludes to her not being herself. Gina supposes she thinks she’s Princess Gina and pulls a gun. Marlena muses she should have figured it out sooner. Gina can’t have her telling anyone.

In Prague, John confronts ‘Steve’ with Stefano’s ring, which he found in his bag. Stevano asks why he’s going through this stuff – they’re supposed to be on the same team. John hopes so and questions him again. Stefano flashes to holding the ring with Kate and says Kate gave it to him – he thought it might come in handy to lure Stefano. John can’t understand why he never mentioned it. Stevano alludes to how important Marlena is to him and wants to focus on finding Stefano. He gets a message and claims to have a lead on Stefano. John’s ready to go, but Stevano wants the ring back first.

At the DiMera mansion, Chad tells Abigail he senses Kate was trying to protect him from something and wonders why his father won’t meet him in person – what’s the big secret? Abigail shares she made a reservation for them at the Bistro tonight and Chad guesses she doesn’t want to break bread with Gabi and Eli. She admits it, but they can’t move out or he could lose his foothold at DiMera. Chad thinks there’s another option and takes her to the gatehouse – they could renovate and move in there. Abigail agrees she’d be happy to live anywhere with him. They kiss. Back in the mansion, talk turns back to Stefano. Even if Chad doesn’t hear from him, he has Abigail and the kids – that’s all he needs. 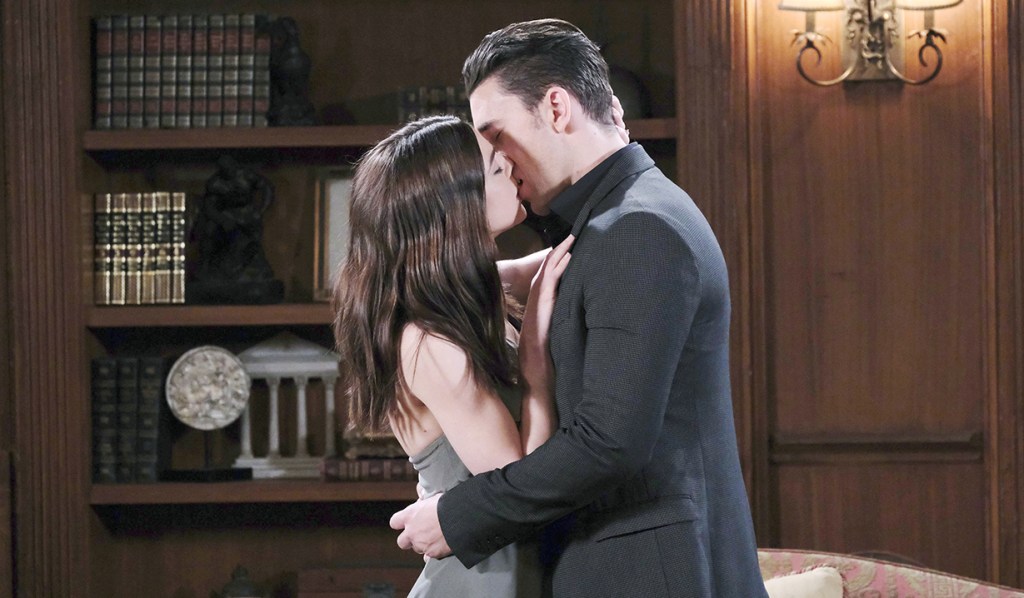 At the SPD, Rafe and Shawn update Roman on their theory about Hope being Gina. Roman learns Rafe called Marlena but hasn’t heard back. Suddenly, she calls. Rafe puts her on speakerphone and Marlena, at gunpoint, tells him that John already alerted her that Hope is Gina – she’s going to join him in Prague. They’re glad. Marlena blurts that they need to find the imposter masquerading as Hope as soon as possible and Gina grabs her phone and disconnects. Roman decides Marlena sounded stressed – he should escort her to Prague. Later, Rafe and Shawn learn there’s no private flight to Prague – they have to get to Marlena’s.

In a warehouse in Prague, John and Stevano come upon Dr. Rolf who holds them at gunpoint. ‘Steve’ sniffs that Rolf’s not a killer and Rolf shoots him as John gapes. John lunges menacingly at Rolf and is struck behind by Stevano, who is actually uninjured. He thanks Rolf for his convincing work. Rolf is bewildered and Stevano explains that John will be vulnerable believing his best friend’s been murdered, and ‘Hope’ will be there to break the news that Marlena is also dead. Rolf thinks Stefano owes Gina nothing and should just finish John off. Stefano thinks he makes an excellent point. 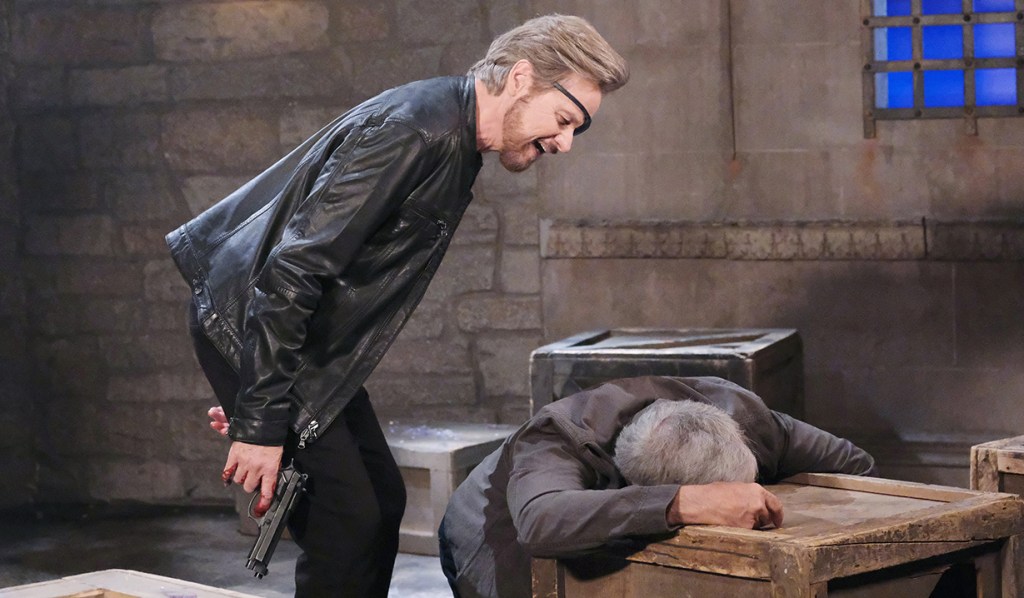 At the townhouse, Gina taunts Marlena at gunpoint that John would have ended up in her bed had she not returned. Marlena denies it – John would never betray her. Gina tells her there’s only one option left. “You need to die.” Later, Shawn and Rafe show up but the townhouse is empty. They figure Gina’s already got her.

Marlena comes to sitting on the throne in Gina’s loft. Gina welcomes her to her new home – she spared her life. She has her reasons and guarantees Marlena won’t like them one bit.

<p>Hattie and Roman working at the pub. Roman tells Hattie he got a call from Shawn and is leaving. The call had to have been about Gina…</p>

<p>Kate and Hattie at the pub. The women take a break and Hattie notices that Kate’s jumpy. Kate eventually admits Steve is Stefano and that Hope is Gina.</p>

<p>Kate works at the pub and is interrupted by Chad. Chad updates Kate on his conversation with Kristen – he sensed she wasn’t telling him the whole truth about Stefano. Kate asks him to stay away from anything related to Stefano for now.</p>

<p>Chad and Abigail kiss at the DiMera mansion. After, Chad again wonders why his father won’t meet with him. The two decide to dine out.</p>

<p>Dr. Rolf is back. He busts into the warehouse where Stefano and John are, with a gun. </p>

<p>Dr. Rolf barges into the warehouse in Prague, gun in hand. Stevano holds his hands up, as does John.</p>

<p>John’s taken aback when Stevano is shot in the chest by Dr. Rolf. But Stevano is fine…</p>

<p>Stevano clutches his chest after Dr. Rolf shoots him. John’s beside himself for his friend, not knowing that Stevano is actually Stefano.</p>

<p>Rolf has fired a shot off and nailed Stefano, but it’s all for show considering Rolf is the one who put Stefano’s consciousness into Steve Johnson’s body.</p>

<p>At the warehouse in Prague, Stefano is shot by Rolf. John’s taken off guard.</p>

<p>Once John’s back is turned, Stefano hits him and knocks him out cold. John passes out and Stefano laughs that he walked right into their plan.</p>

John Collapses in Grief After...