Tuesday January 28, 2020: On Days of our Lives today, Eli dreams of his ex, JJ has bad news for Lani, and Stevano explodes after meeting up with Anna and Tony overseas. 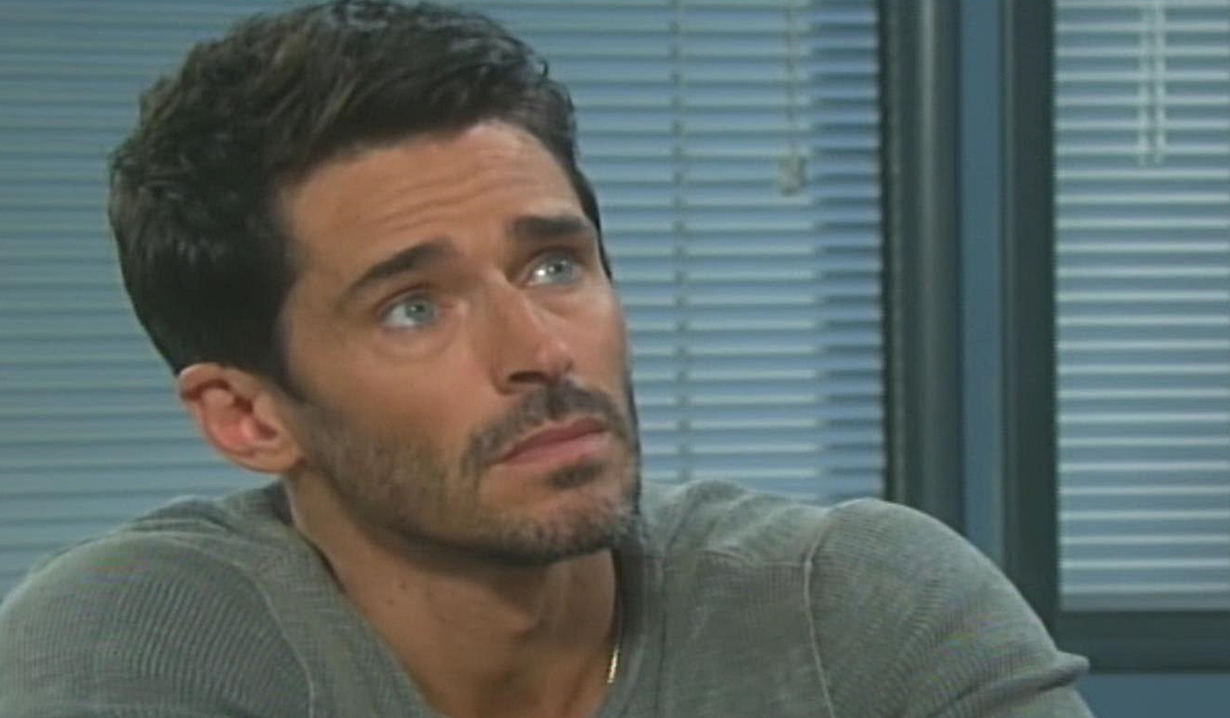 In his bedroom, Eli dreams he’s in bed with Lani. They’re kissing and so excited to be getting married. He awakens next to Gabi, who notes he was smiling. They talk wedding dates and Eli suggests Valentine’s Day. That holiday makes Gabi think of Leo Stark, but she decides they’ll make new memories – she loves the idea. They kiss and Eli takes her phone. He asks, “What’s this about Julie?” He accuses her of texting Julie to make wedding plans without him. Gabi, relieved, says it means a lot to have her support. 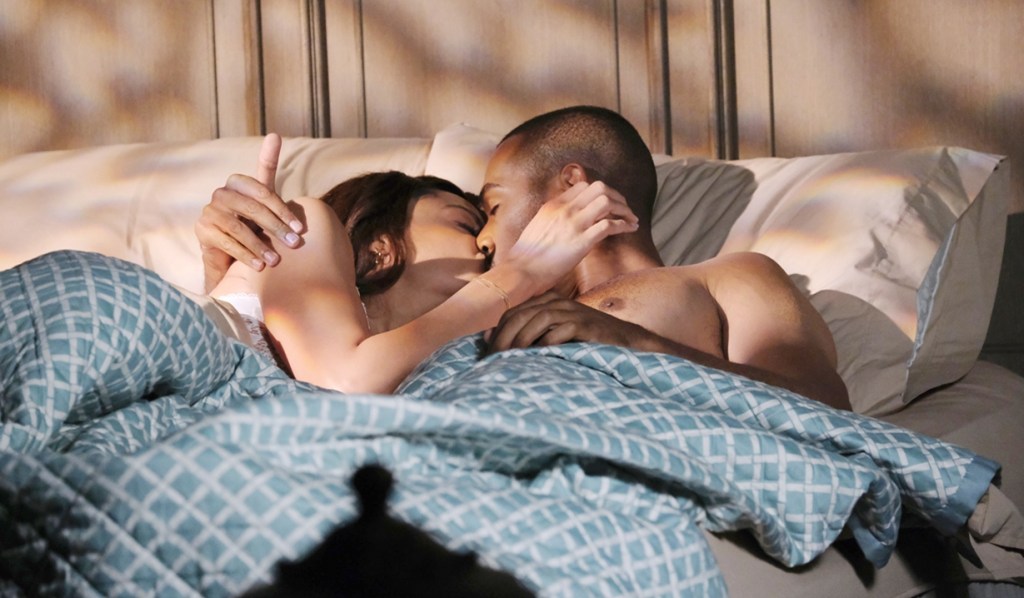 At JJ’s place, he and Lani go over Gabi getting pings from Julie’s pacemaker. JJ wants to go to the police, but Lani refuses. JJ breaks the news that Eli and Gabi are getting married. Lani’s furious as JJ says it gets worse – he agreed to be his best man. He explains that he was on the spot and Lani decides this could help them expose Gabi. JJ wants to enlist Theo to open the app. Lani reluctantly agrees. Gabi and Eli knock. Lani hides and listens as the duo inform JJ they’re getting married on Valentine’s Day. JJ hints he has a woman there to get rid of them, and they urge him to invite her as his plus one. They exit and Lani paces and fumes. 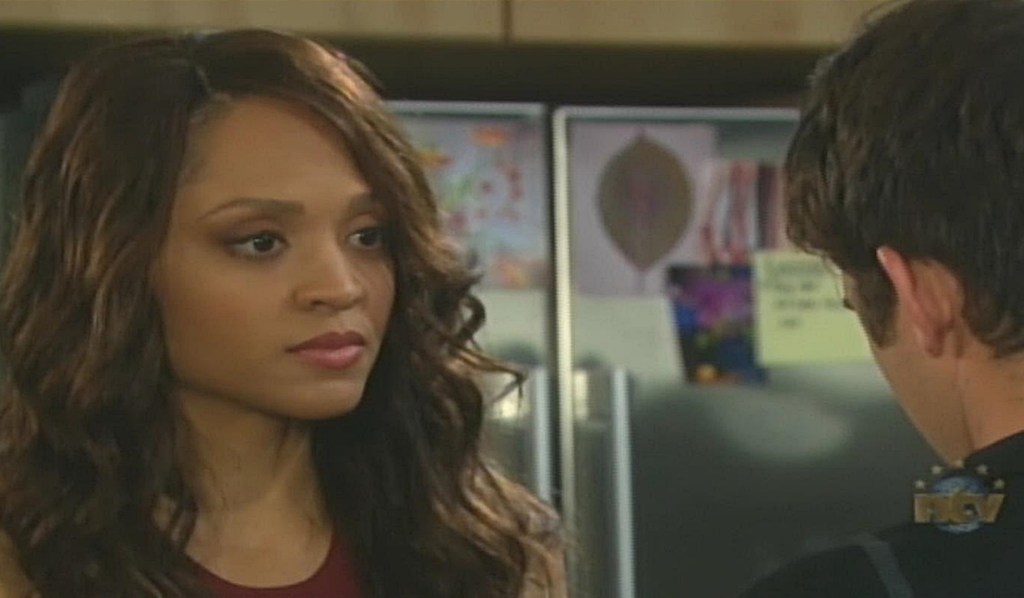 In her office, Gina roots through the desk and questions who took her cigarettes. She sketches to take the edge off. In the interrogation room, Shawn, (played by Brandon Beemer) meets with Rafe and asks what’s going on with his mom. Rafe updates him on the shoddy police work and weird behavior – she was smoking and hit on John Black. Shawn thinks he knows what’s going on. 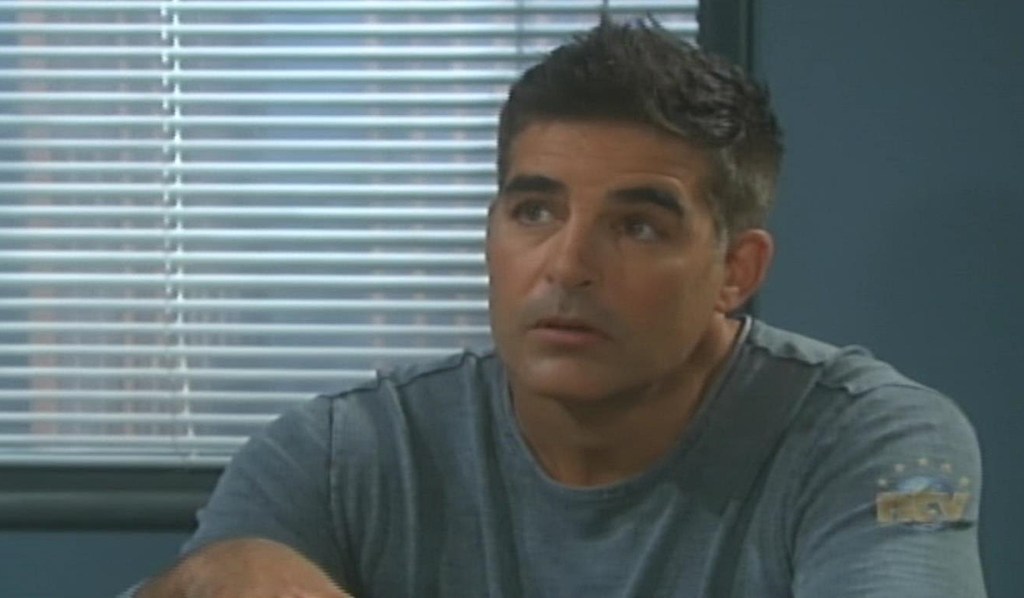 At the Brady Pub, Marlena talks to John, who has been all over Prague with Steve and there’s no sign of Stefano. He still feels the old man is no match for them and vows to find him and lock him up.

In Prague, Stevano glares behind John as he talks to Marlena, telling her, “Believe me Doc, there’s no way that ugly bastard is going to get his hands on you again,” and smashes a glass in his hand. He picks up a shard and eyeballs John as he coos down the phone to Marlena. John disconnects and startles at Stevano standing behind him. John exits to head downstairs, and Stefano rips off his eye patch and rages that it’s time to claim his queen. He mutters that this charade has become unbearable. Gina calls and Stevano reveals he was about cut John Black’s throat but restrained himself. Gina sniffs he’d better and they go over their objective – to make Marlena and John believe each other are dead. Gina’s sick of having Marlena around. Stevano warns her to do nothing until she hears from him. Stefano heads downstairs to meet John and is surprised to see Anna and Tony, who says he knows all about his plan. John relays they’ll help them find Stefano. Tony talks about no longer wanting any part of his father and his treachery – his only commitment is to Anna. John asks about his interaction with Stefano. Tony reveals he wanted his shares, but he smelled a rat when he wouldn’t meet in person. John asks if he can contact his father. Anna won’t allow her husband to have anything to do with that horrible, hateful man ever again. She rants insults about Stefano until Stevano growls, “For God’s sake woman will you just shut the hell up!”

At the pub, Marlena disconnects from John and updates Kate that he’s with Steve looking for Stefano. Kate questions John leaving Marlena there alone. Marlena assures her Hope’s looking out for her – what could go wrong? Kate learns they patched things up – Marlena’s confident no woman will ever come between her and John. Kate knows something about Hope she doesn’t. She flashes to Stevano’s warning, then tells Marlena that Rafe’s been concerned about Hope and warns her to watch her back. 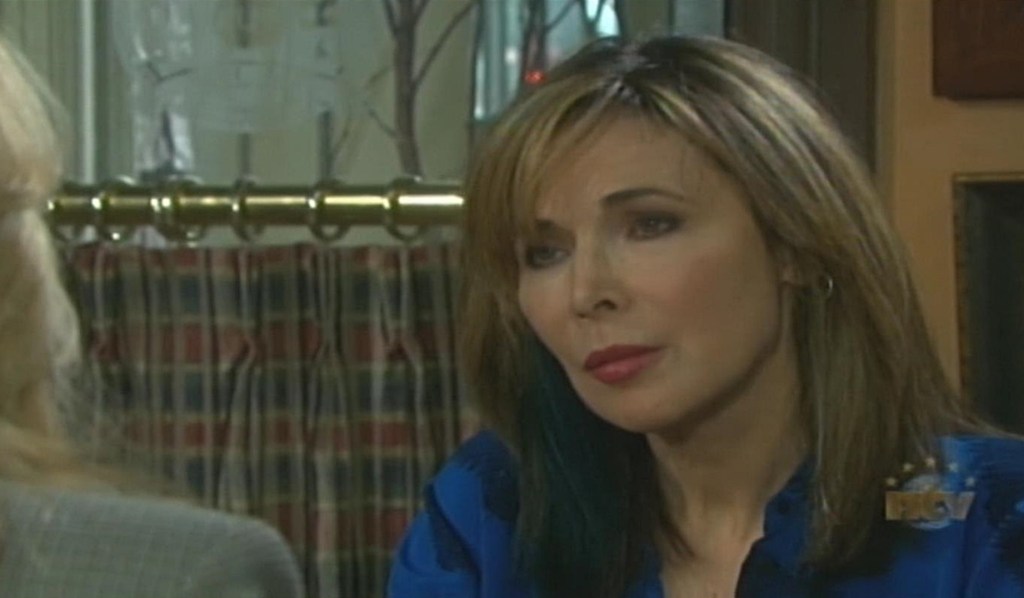 At the Salem PD, Gina storms into the interrogation room and demands her cigarettes from Rafe. She’s about to walk out when Shawn says, “Mom? What’s wrong with you?” Gina hugs him and states it’s a lovely surprise. Rafe exits and she asks Shawn what he said about her. Shawn concedes Rafe showed him the file on her and wants to hear her side of the story. Gina complains Rafe can’t accept their marriage is over. She refuses Shawn’s lunch invitation and mentions Stefano is back and she’s protecting Marlena. Shawn insists she join him for dinner later and observes she must be extremely stressed to be smoking. She tells him to text her later. Gina returns to her office, where Kate enters demanding to know what she and Stefano are up to. Meanwhile, Rafe rejoins Shawn in the interrogation room to get his thoughts. Shawn tells him, “I don’t think that woman is my mother.”

In the square, Gabi suggests eloping, but Eli remarks Julie would die if she couldn’t come to our wedding.

At the hospital, Marlena leaves John a message to call her about Hope.