Thursday January 23, 2020: On Days of our Lives today, Sonny and Justin say goodbye to Adrienne, Will makes a confession, and Haley breaks bad news to Kristen. 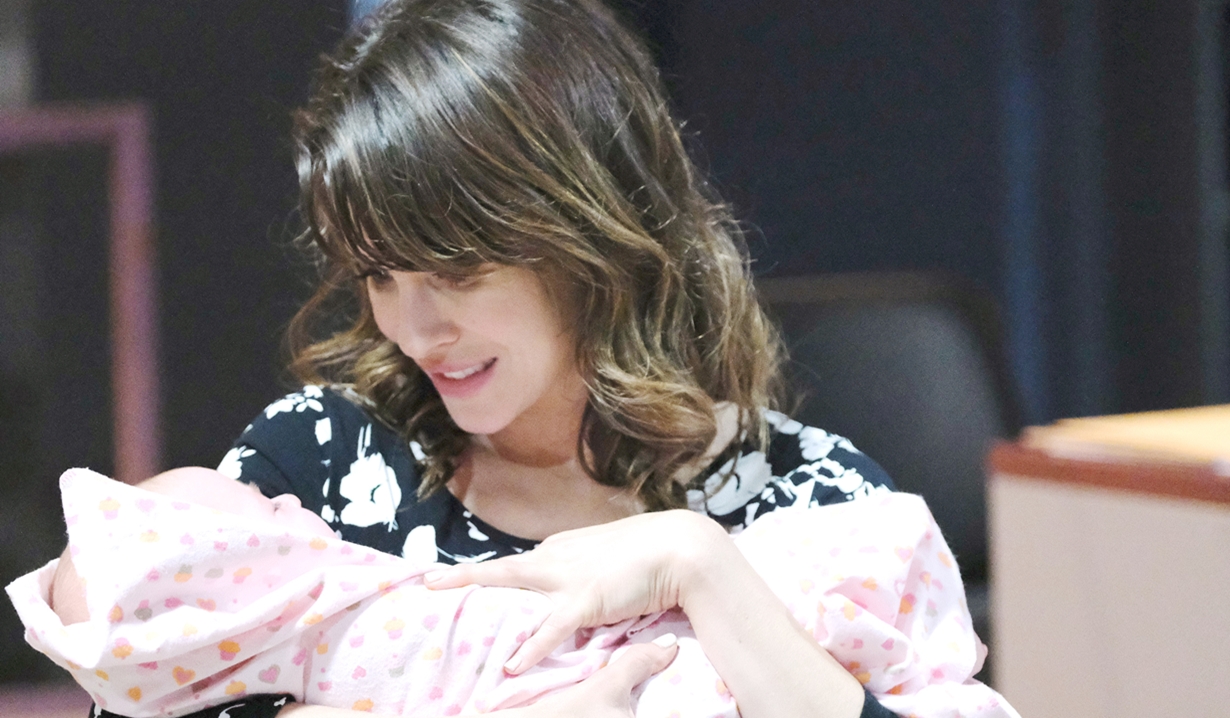 In the hospital, Victor and Xander bicker about the consequences if Ciara talks. Xander warns if she doesn’t keep quiet all hell will break loose. Victor did everything he could to protect Maggie…now it could all blow up in his face.

At the side of the road, Sarah and Xander marvel over the new baby. He is about to get his car when Sarah apologizes for saying she didn’t want him at the delivery – thank God he was there. 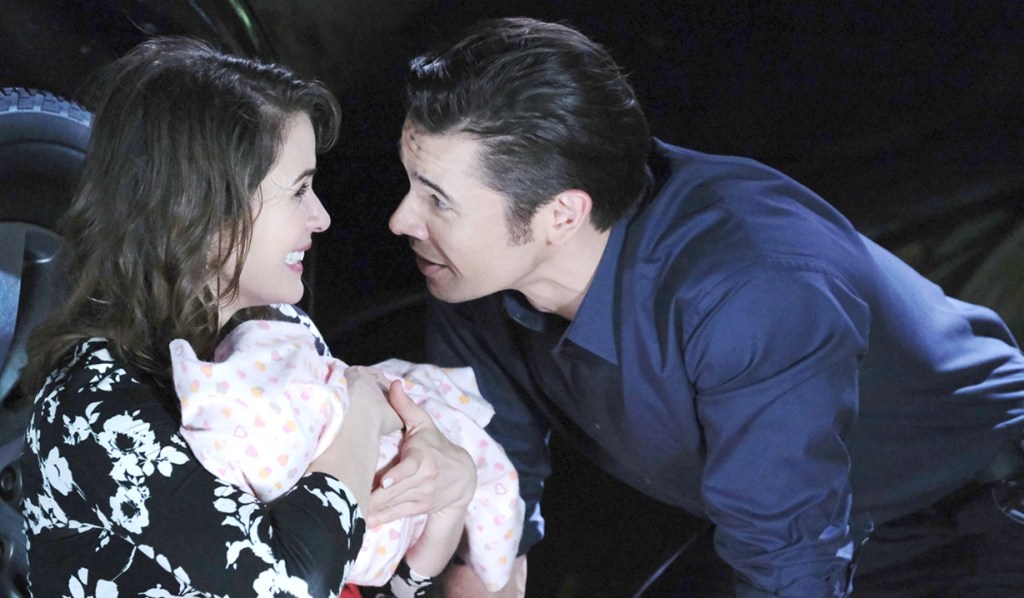 In the hospital, Sonny asks Will, “You saw what happened?” Will replies, “Not exactly…” Justin appears and gasps to Sonny, “We lost her. Your mother’s dead!” They sob in one another’s arms as Will looks on in horror. Justin explains she never regained consciousness after she passed out. Kayla appears – do they want to say goodbye? Sonny cries harder. 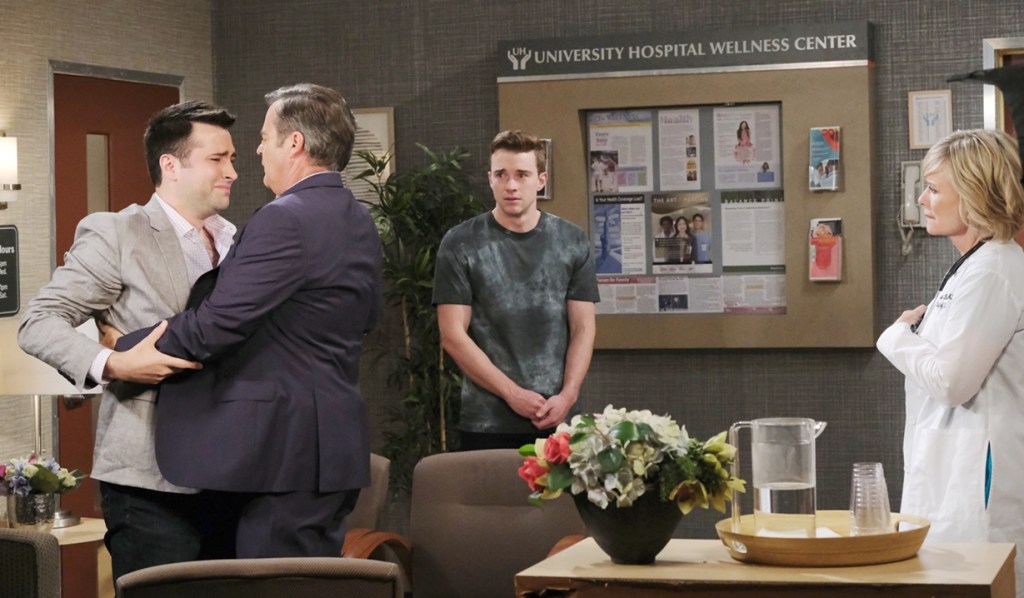 In Kristen’s hospital room, a monitor beeps frantically and Brady watches with alarm as Kristen protests, “My baby can’t die!” The pushing begins and soon, the doctor announces a baby girl. Brady and Kristen kiss. They hold her and Kristen apologizes for her past behavior as she recalls changing after her first child died. Brady assures Kristen she’ll be a wonderful mother. Kristen feels their daughter is lucky to have a dad like him – she’s never been happier.

By the nurses’ hub, JJ sees Xander wheel in Sarah, holding her baby. Haley takes the baby to the nursery and tells JJ there’s no news on Adrienne yet.

In Sarah’s hospital room, she asks Xander why her mother isn’t there. Xander flashes to finding Maggie in the car, then tells Sarah she’s at home, not feeling well. Sarah’s perplexed, but relieved she doesn’t know about the accident. Xander asks if they saw the other driver. Sarah says not really. Xander goes to see about Adrienne. At the hub, Kayla breaks the news she didn’t make it.

At home, Victor is with a passed-out Maggie and is grateful she wasn’t hurt. Victor takes a call from Xander, who relays that Adrienne’s dead and he thinks Maggie’s the one who killed her.

In the hospital waiting area, a tearful Will tells JJ that Adrienne died, and it was his fault. Nearby, Xander and Victor hear Will confess he killed Sonny’s mom – he was texting his mom and took his eyes off the road for a second, when he looked up, Adrienne had crashed – it had to have been him. Victor whispers to Xander that it’s best for Maggie if no one knows what really happened. Xander worries about Will but agrees to keep the secret for Maggie’s sake. Later, Will’s relieved to hear Sarah and the baby are okay. JJ warns he must talk to the police. He will but has to tell Sonny first. 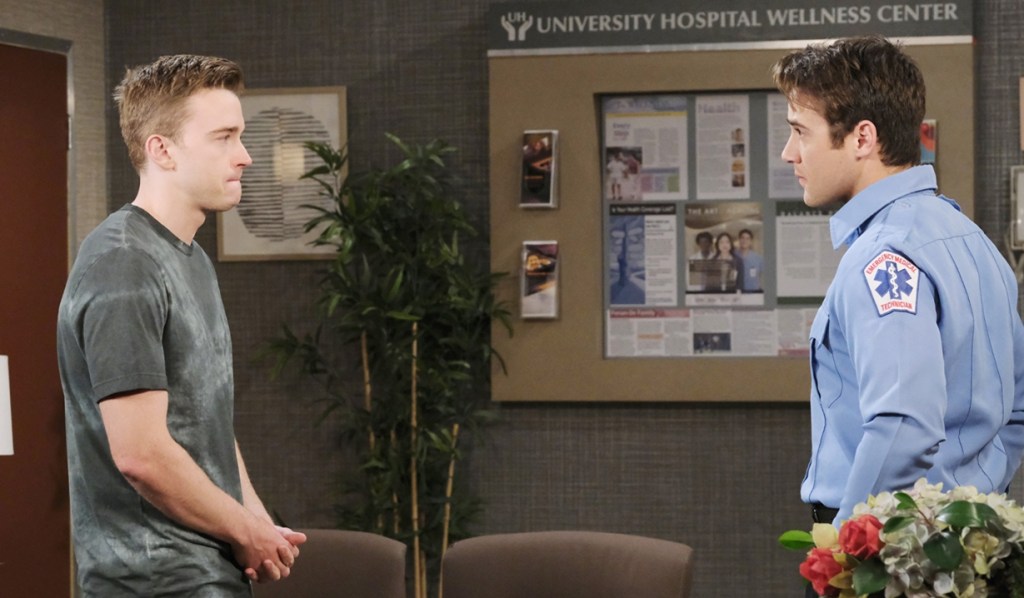 In Adrienne’s hospital room, Sonny cries to Justin, “How could this happen?” Justin explains she was bringing Sarah to the hospital – her last good deed. Sonny and Justin sob. Justin flashes to meeting Adrienne and remarks she was so strong – like they need to be now. Sonny recalls she was a great mom and breaks down as he says goodbye and hopes he told her he loved her enough. Justin kisses Adrienne’s head – he loves his beautiful Adrienne. Sonny exits as Kayla enters and gives Justin his wife’s wedding ring. She’s so sorry. 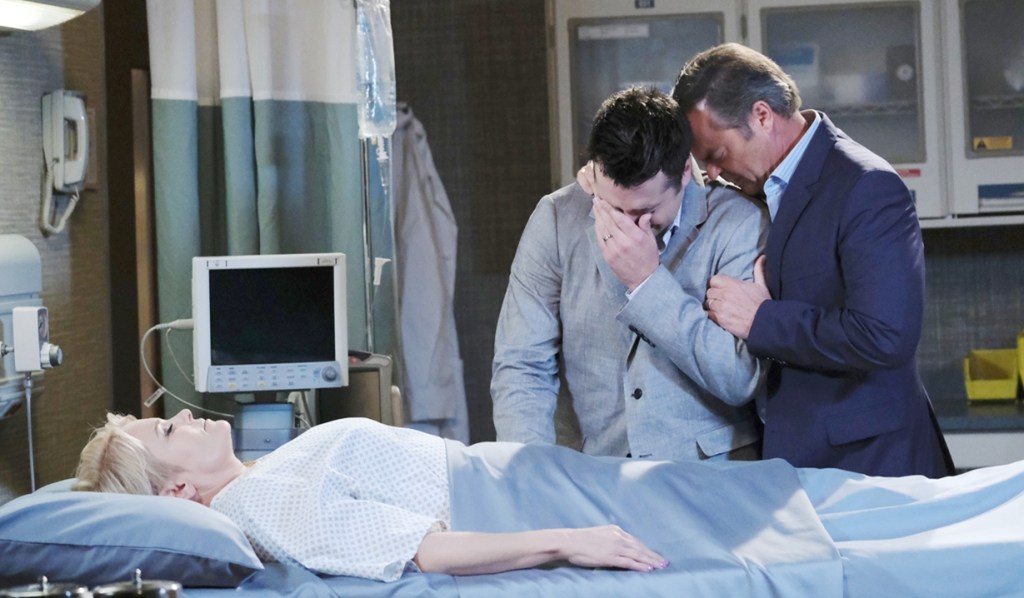 In Kristen’s hospital room, Brady steps out and Haley takes the baby from Kristen to take her to the nursery. Brady rejoins Kristen, then leaves to call his dad, pausing as they express their love.

In the nursery, Xander and Victor discover Baby Horton is in distress. The doctor’s sorry, but the trauma from the accident…she couldn’t do anything. Xander’s distraught, “No, please…” She leaves them so Xander can have a moment alone with his daughter. Victor realizes Maggie killed her own granddaughter and decides they won’t tell her. Victor looks pointedly at Baby Black asleep in the nursery.

By the hub, JJ crosses paths briefly with Haley, then once alone, pulls out an engagement ring.

Sonny rejoins Will in the waiting area and they embrace. Will tells Sonny he was at the accident because he caused it. “It’s my fault your mother is dead.”

At home, Victor tells the sleeping Maggie when she awakens tomorrow she’ll have a new granddaughter and hopefully no memory of what happened tonight.

In Sarah’s hospital room, Xander hands her the baby girl.

Haley joins Kristen, who becomes frantic when she won’t explain where the baby is and follows her as she goes to hurry the doctor. Haley explains there were complications. “I’m so sorry but I’m afraid your baby didn’t make it.” They’re at the top of the stairwell when Kristen shakes her – she was supposed to be watching her baby – she was supposed to keep her safe! Haley falls down the stairs and lies motionless at the bottom. 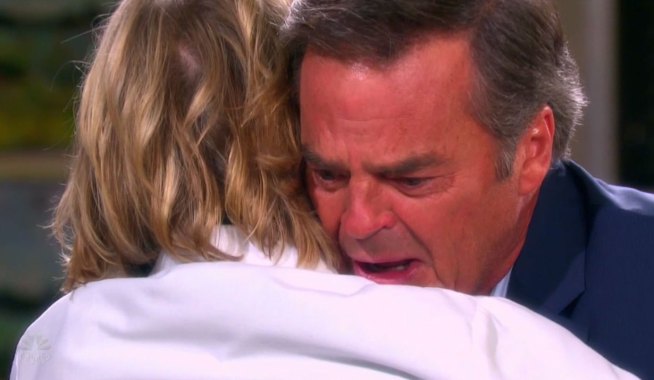 Adrienne Dies From Injuries Sustained in the Car Accident

JJ Goes Ballistic on Kristen After Learning She Killed Haley 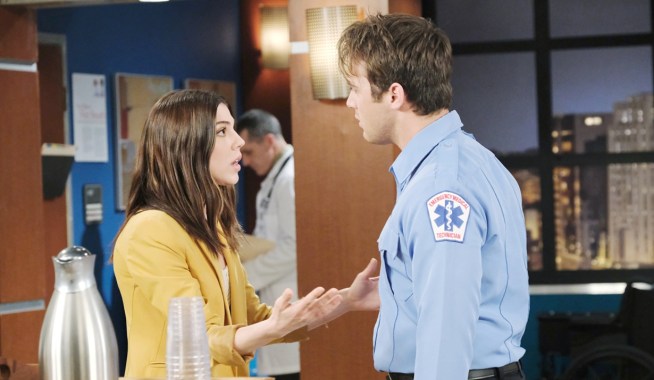