Tuesday January 21, 2020: On Days of our Lives today, the time jump's flashbacks continue from last year's Mother's Day when Maggie gets a shocking visit from someone from her past, Adrienne rushes to the hospital with Sarah in labor, and Chad learns of a big change at DiMera Enterprises. 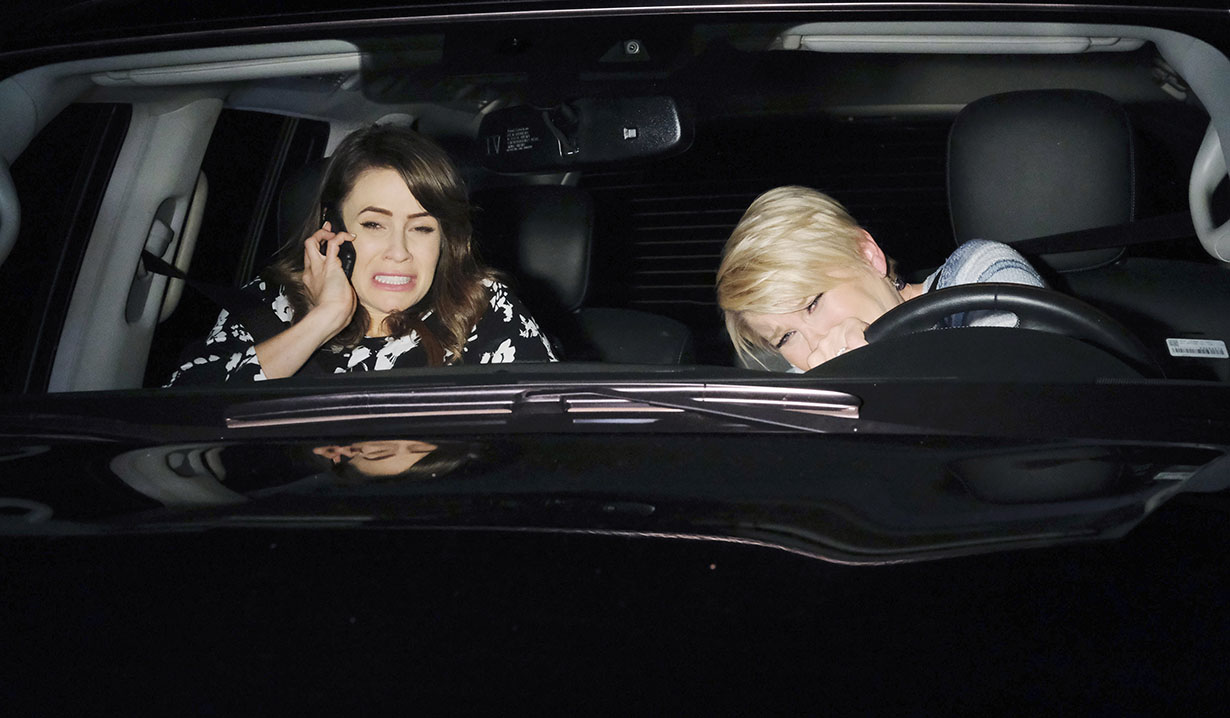 Maggie hugs Sarah at the hospital and tells her she’s so sorry about the baby. She wasn’t there for her that night, but she’s there for her now.

At the Kiriakis mansion, Sarah’s in labor and Maggie’s excited. On the sofa, Adrienne disconnects from Justin, hears Sarah and learns she’s in labor. Sarah and Maggie open the door as Summer Townsend, (played by Marie Wilson), appears on the doorstep. Adrienne dresses and will drive Sarah to the hospital. Once alone, Summer tells Maggie she waited until Victor left to come. Maggie’s been searching for her. Summer’s been in Vegas and didn’t want to talk to her mother. She announces she’s a drunk and Maggie’s aghast as Summer reveals she tried to drink herself to death in Vegas. It didn’t work but she finally got her wish. “I’m dying.” Summer has advanced cirrhosis. Maggie wonders about a liver transplant. Summer scoffs; an alcoholic can’t get one. She wants Maggie to have a final cocktail with her and downs a drink. Maggie protests but Summer tells her to let Brady know he shouldn’t have pulled her from the ocean, then leaves as Maggie screams her name. Maggie leaves a message for Brady – she needs him – then picks up the drink Summer poured her. 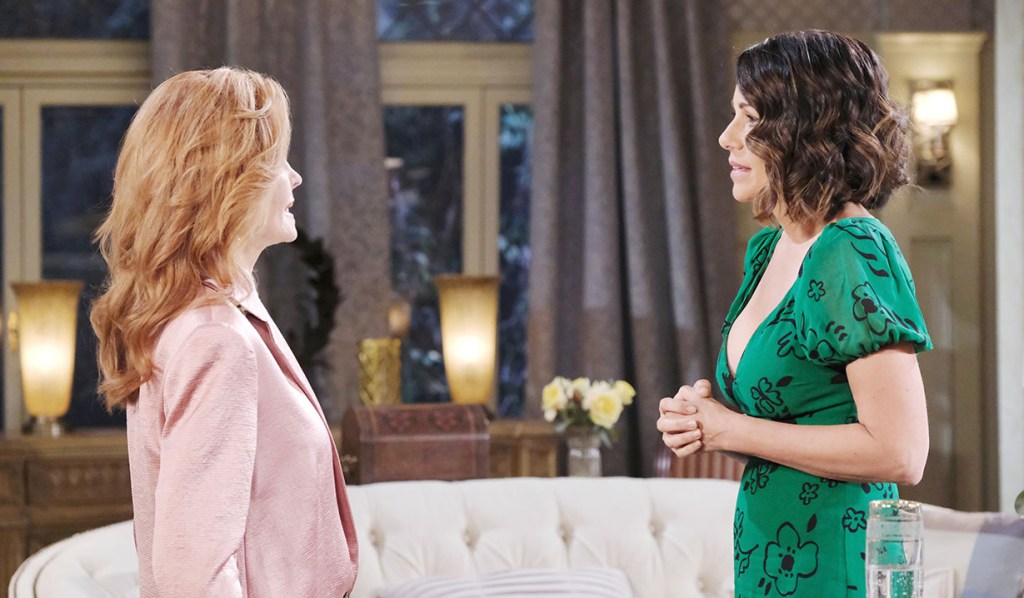 In the square, Will and Sonny postpone the discussion about having another child and Sonny reminds Will to call Sami as Will heads off. Sonny meets with Gabi, who reveals she’s the new CEO of DiMera Enterprises. Sonny wants to celebrate. She asks about Will. Sonny shares he freaked out a little when he suggested having another child. 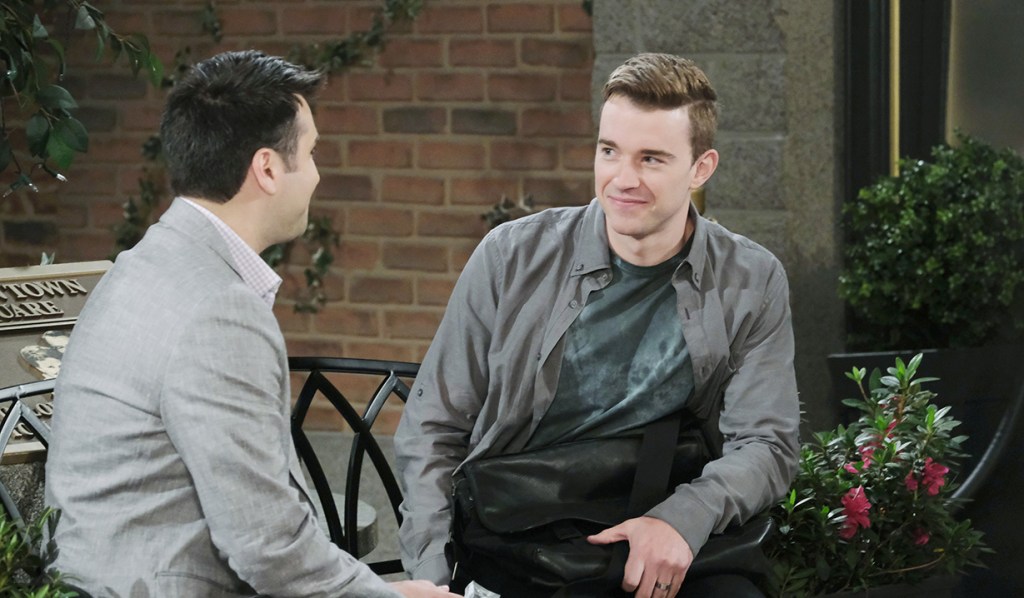 At the DiMera mansion, Abigail thanks Chad for her Mother’s Day breakfast in bed. She’s going to help at the Spectator, then check on her mom at the hospital. Chad’s supportive about Jennifer still being in a coma and kisses her. After, Chad is joined by Tony – he got a call from Mr. Shin that he’s been ousted from DiMera Enterprises. Chad’s confused and wonders who was behind it. He gets on the phone and yells at Mr. Shin as Anna enters. Tony updates her that Gabi got his job. Chad’s irate that all Gabi’s ever done is run a clothing company and sleep with his brother. He disconnects. Tony’s stunned to learn Anna helped Gabi – it was a non-starter until she got involved. Anna protests he never wanted the job. Tony argues he got it, and discovered he was good at it. Anna did it for them – it was the only way to ensure they have a future together. Miffed, Tony’s not sure they have. Anna snarls that he’s his father’s son and storms out. Chad tells Tony he can handle Gabi – he should go after Anna. Tony recalls he vowed never to leave her again. Anna reappears – she’s packed. She counsels Chad to let Gabi work and enjoy his family. Tony tells her she’s stuck with him. Anna laughs – she had Harold pack his suitcase too. They’ll need to rush to make their flight. Tony tells Chad to call if he needs. They embrace. 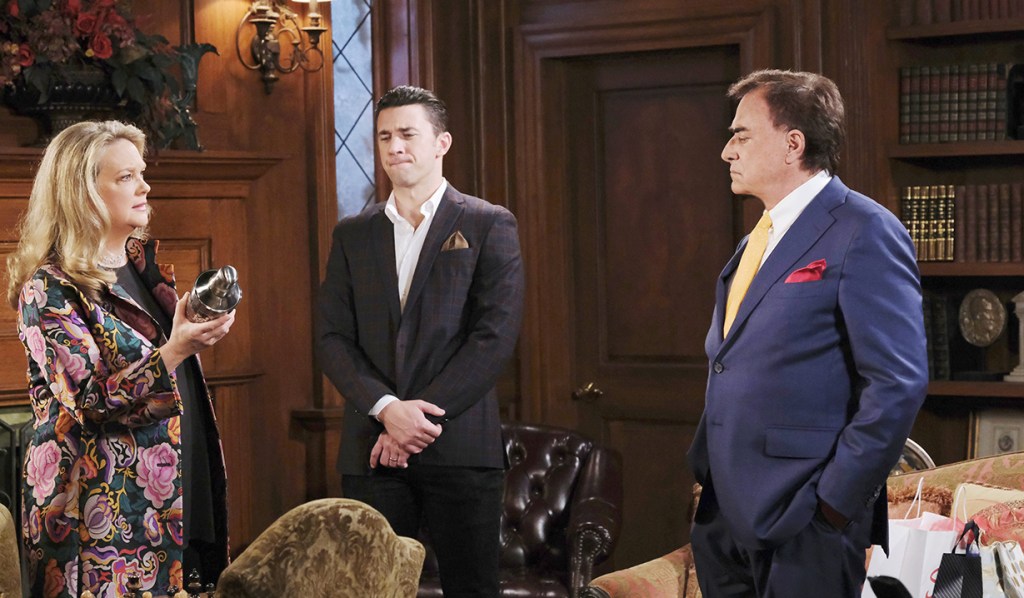 At Titan, Victor tells Xander that Sarah’s in labor. Xander laments she told him she wants nothing to do with him. Victor grumps that he’s the child’s father. Xander sighs; “Actually, I’m not.” Victor vows not to say a word to Eric Brady but advises Xander to stay away if that’s what Sarah asked – it’s better not to get attached. Xander’s already attached to the baby…and the mother.

At the Spectator, Will’s surprised to see Abigail and is sorry there’s no change with her mom. Abigail gets emotional; she misses her. Abigail learns Sonny wants another child and promises Will wouldn’t regret it. Later, Abigail wishes them luck before leaving. Will begins a text to Sonny. “I’ve been thinking about what you said…” 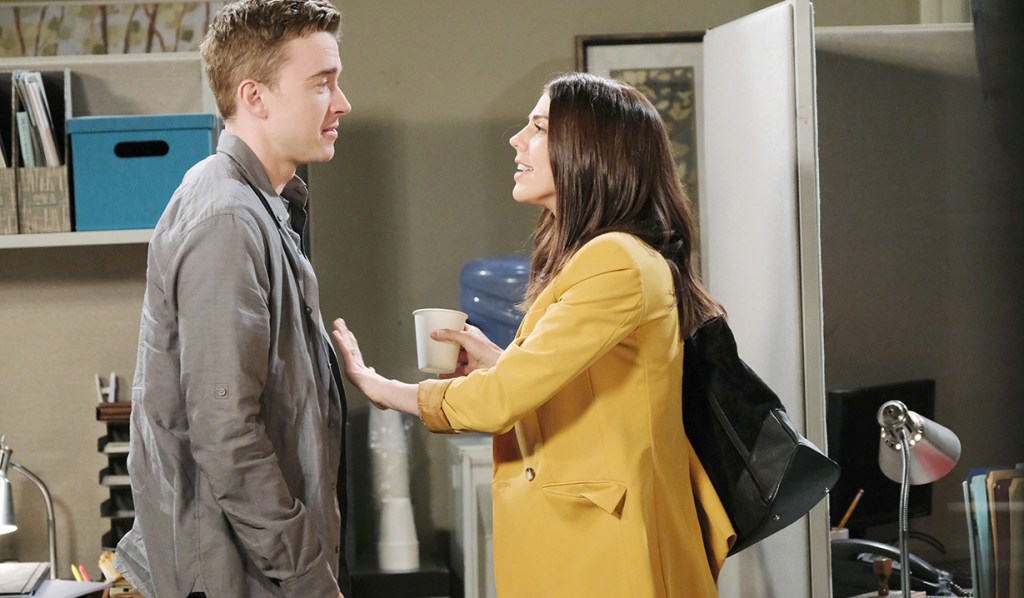 In Adrienne’s car, she reassures Sarah by talking about Sonny’s birth. Sarah relays she fought with Xander and told him not to come. Adrienne can’t stand the guy but thinks she should reconsider. Suddenly, there’s a loud noise. Adrienne pulls over. They have no cell service, so Adrienne fixes the flat tire herself. After, they prepare to pull away with Sarah saying the contractions are coming faster.

Gabi appears at the DiMera mansion and presumes Chad’s heard the good news.

At home, Sonny receives a positive text from Will and looks at Adrienne’s photo. “Prepare yourself, Mom, your family’s about to get bigger.”

In his car, Will reads his cellphone while driving, then looks up and sees headlights.

In Adrienne’s car, Sarah’s on the phone with Xander asking him to come to the baby’s delivery when a car crosses into their lane. Adrienne yells and tires squeal.

A complication arises as Kristen is ready to give birth.

<p>The time jump has Sonny and Will sitting at Horton Square in a flashback to last year’s Mother’s Day. They discuss having another child and Will figures it’s time to call his mom and wish her a Happy Mother’s Day.</p>

<p>In a Mother’s Day flashback from last year, Sarah goes into labor at the Kiriakis mansion. Adrienne offers to take her to the hospital.</p>

<p>Maggie’s shocked to get a visit from her daughter Summer Townsend (Marie Wilson). This is a flashback to last year’s Mother’s Day during the time jump. Summer has devastating news that she’s dying which causes Maggie to have sobriety issues.</p>

<p>Summer talks to Maggie during the flashback to Mother’s Day last year. Maggie’s deeply upset by what Summer has to tell her, that she has cirrhosis of the liver due to being an alcoholic.</p>

<p>Chad and Abigail share a quiet moment at home at the DiMera mansion before Tony and Anna arrive. Chad holds his wife and they gaze into each other’s eyes.</p>

<p>Adrienne drives Sarah to University Hospital after she goes into labor. They swerve and scream as their tire blows out.</p>

<p>Sonny and Gabi in a rare moment together. They take a minute to hang out at the square during the Mother’s Day flashback from last year. They talk about Sonny and Will possibly having another kid.</p>

<p>Anna and Tony return to the DiMera mansion. Tony tells Chad he was fired.</p>

<p>Xander on a call at Titan. He just learned that Sarah’s in labor and is thrilled.</p>

<p>Victor and Xander at Titan. Xander makes an admission to Victor…he’s not Sarah’s baby daddy.</p>