Thursday January 16, 2020: On Days of our Lives today, Lani asks Kristen to cover for JJ, Kayla's disconcerted over an oddity in Julie's pacemaker, and Stevano convinces John to leave Salem with him. 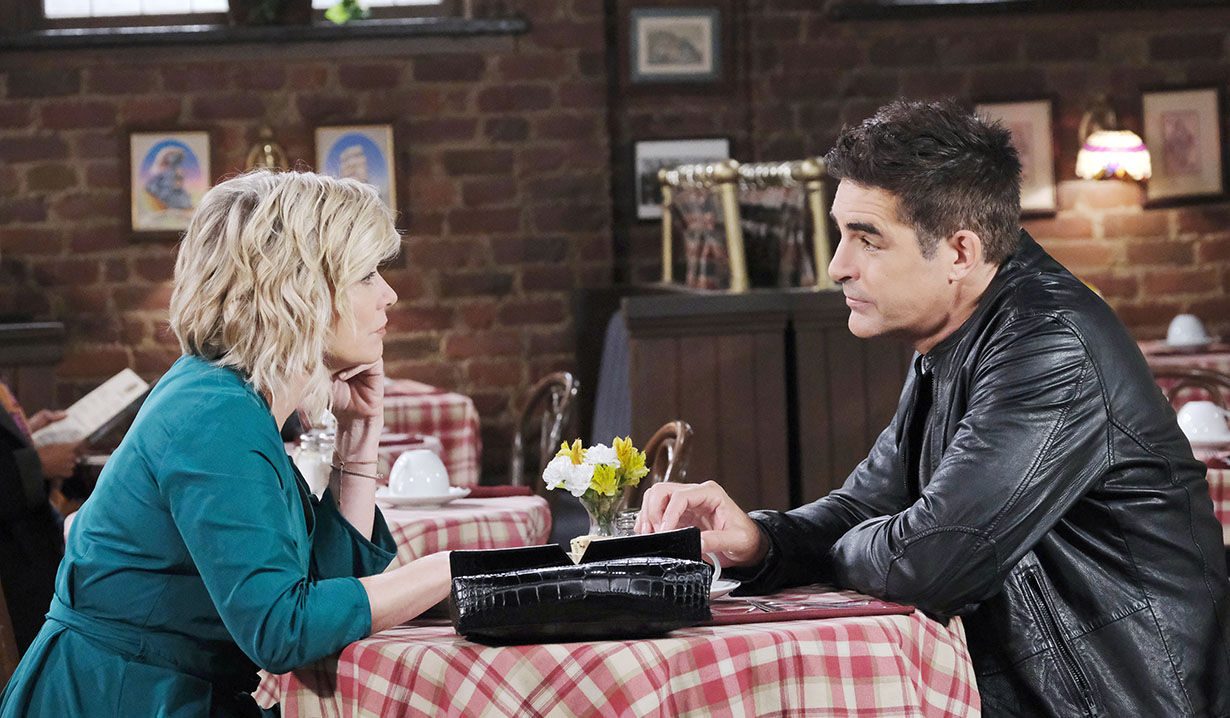 At the mansion, JJ tells Eli he can’t marry Gabi because of Lani. Eli’s puzzled. JJ makes something up about how Lani feels. Gabi snipes that it’s too late and Eli credits JJ for being the one to make him realize he was over Lani which helped him pop the question. JJ congratulates them and then says he’s there to see Abigail. She’s not there so he waits. Eli asks him to be his best man. JJ’s in. Eli takes a call and JJ asks if she truly loves Eli. Gabi’s taken aback. He brings up Julie. Does she think they’ll be one happy family? Gabi insists they already are.

More: Save the date for Passions documentary

From JJ’s place, Lani disconnects with Abe before telling him the truth when Kristen arrives. Lani fills her in on JJ’s plan and asks her to go to the mansion and create a distraction or create a cover if he’s been caught. Kristen worries he’ll try to shoot her again. She’s surprised Lani risked it all to involve JJ but Lani felt alone and it felt good to have support. Kristen’s offended. She would have listened. Lani says Kristen’s been unavailable. Kristen flashes to being with Stefano and admits she “sort of” saw him. Lani’s confused. Kristen says the point is she didn’t give him her shares. Lani begs her to get to the mansion so she toddles off.

At the hospital, Kayla tells Julie there’s something odd about her pacemaker that she’s never seen before. 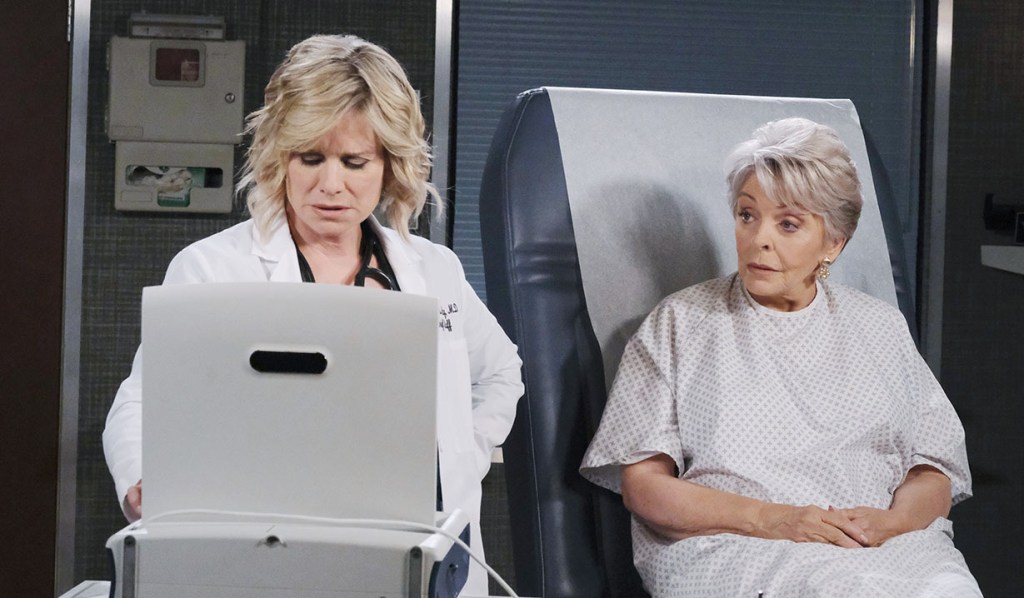 At SPD, Rafe’s surprised Hope is smoking. He leaves her office, wondering what’s up with her.

Princess Gina and Stefano arrive at the townhouse as John is comforting Marlena. “Hope” comments that they didn’t lock their door. Anyone could have walked in. “Like Stefano DiMera,” Stevano says, his accent slipping. “Hope” pulls out a gun, registered in Marlena’s name. Stevano reports that Kristen saw Stefano last night before he left town. Marlena doesn’t want the gun. She has John to support her. “Steve” says they have a lead on Stefano’s whereabouts. He convinces John to go in search of him. John and Marlena go off to pack his clothes and Gina rolls her eyes, calling them codependent. Stefano says to have patience. Once this is over, John will think Marlena’s dead while Marlena assumes the same of John. Meanwhile, in their room, John calls Stefano old. He can’t hurt him again. He cocks his gun. Later, they say a tender goodbye before John leaves with Stevano. 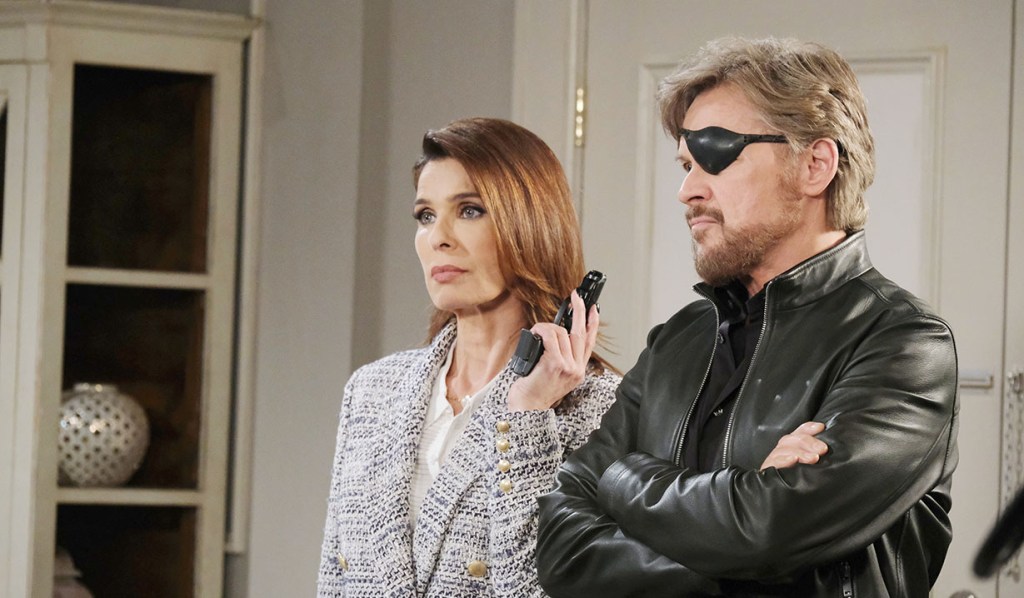 At the square, Abe unloads on Julie, telling her about Lani’s brief return. Julie saw “Sister Lani” as she was leaving town. Julie asks him not to take this personally but Lani has hurt a lot of people and it was a matter of time before she hurt him. Abe thinks Julie has a right to be angry with Lani but all that matters to him is his daughter’s wellbeing. Julie gets it. She’s feeling the same about Hope and her erratic behavior. Abe says Rafe has mentioned the same thing. Talk turns to Julie’s good health though she admits there’s an issue with her pacemaker. Later, Lani returns Abe’s call and says her return to Salem was a mistake. 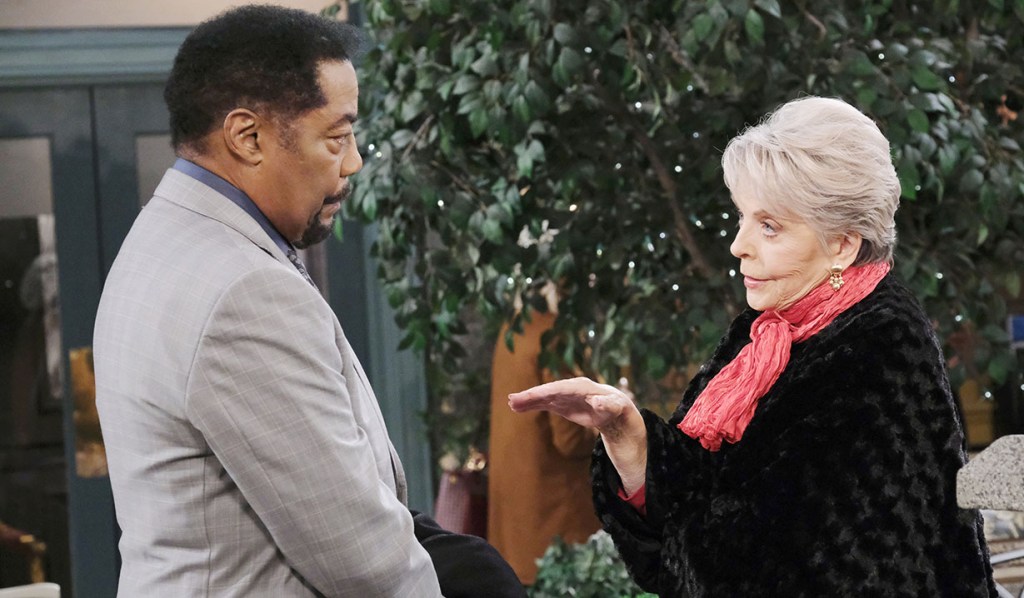 More: Catch up with new casting for all soaps

Rafe arrives at the pub looking for Roman. Kayla says he’s out but can see he’s uneasy. Rafe shares that Hope tried to fire him and when he went to talk to her, he smelled smoke and found cigarettes in her drawer. Kayla’s baffled but then remembers that there was one time when she left a patient’s cigarettes she confiscated at the pub and they were missing when Hope left. Kay also brings up Hope making a pass at John. Rafe says this doesn’t sound like the Hope he knows. He’ll continue investigating. She leaves and he makes a call for help.

Kristen arrives at the mansion. She claims she has papers for Gabi to sign. JJ greets her and assures he won’t attack her. Kristen apologizes again for everything. Suddenly, Kristen claims she left the documents at work. Gabi will have to come with her. Gabi balks. She’s trying to celebrate her engagement. Kristen congratulates her and shoots JJ a look, then looks pointedly at Gabi’s phone left behind before she drags Gabi out. Once gone, JJ grabs Gabi’s cell and finds the pacemaker app but has issues with the login. He sets the phone down as Eli appears. He asks JJ again if he’ll be his best man. JJ tries to get out of it but caves.

At Basic Black, Kristen admits this is a ruse. She brought her there to confirm that Stefano asked for her shares but she refused. Kristen will turn them over to Gabi when she gets Brady back. 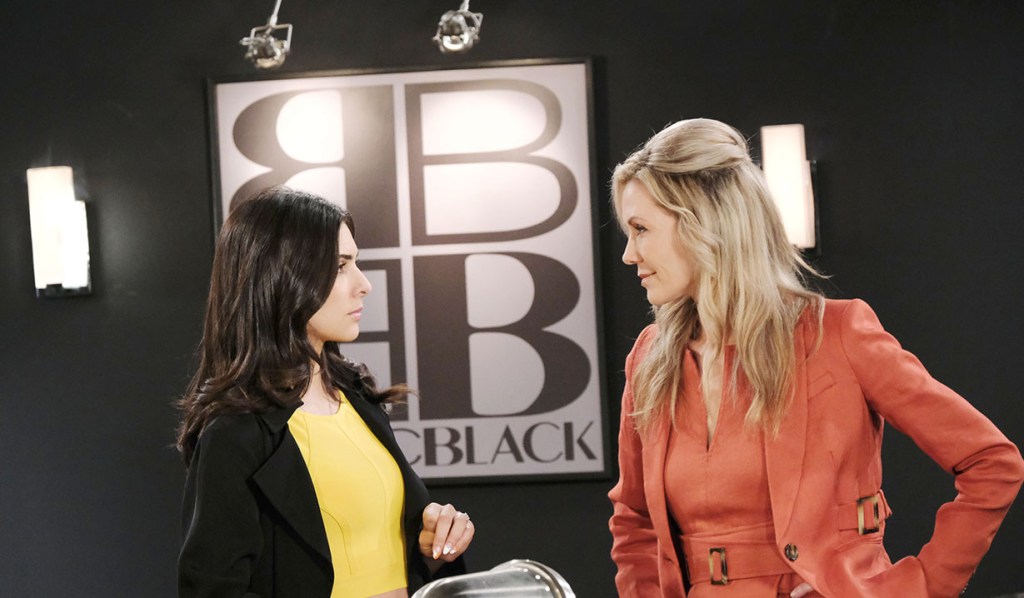 Xander demands what Ciara will do with what she knows.

Stevano and Gina Agree That John and...