Monday January 13, 2020: On Days of our Lives today, Clyde wants Ben to break out of prison, Ciara gets an earful from Victor that she wasn't expecting, and Kate asks for Roman's help finding dirt on Evan. 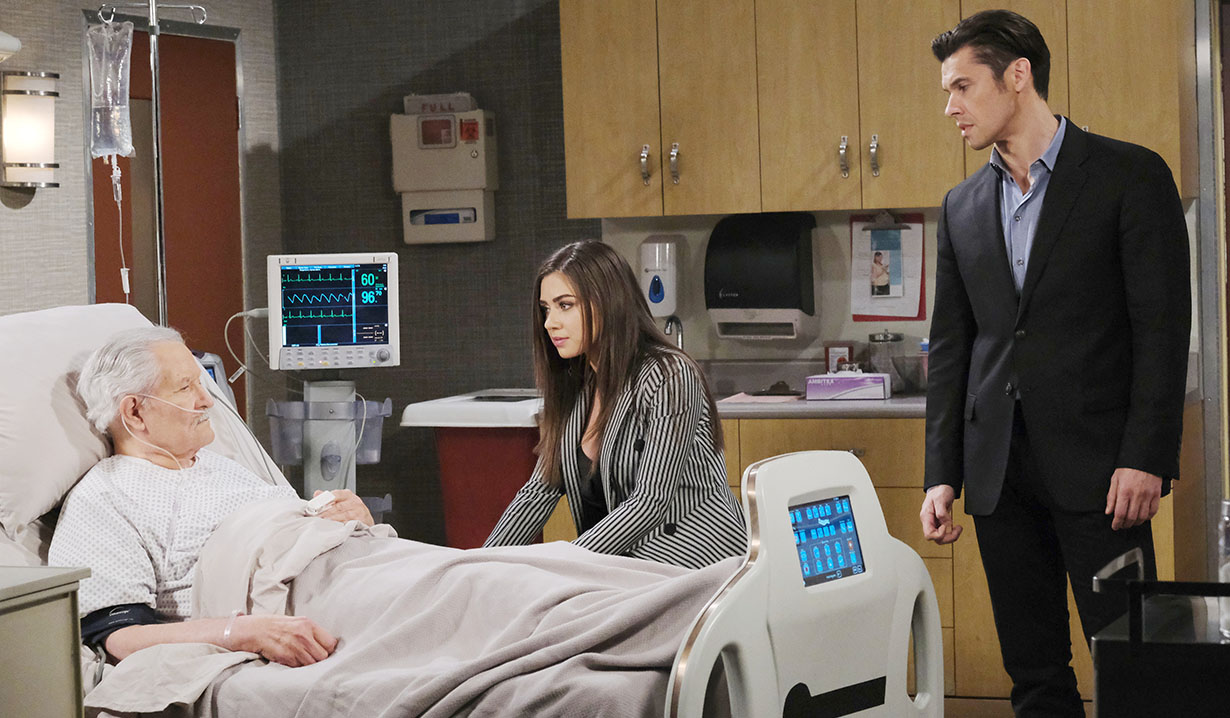 From prison, Will reads a letter from Arianna and tears up. He misses his daughter. He tapes a picture she colored on his wall. He wants to go home to her but after what he did to Ari’s grandmother, he’s exactly where he belongs. He goes to sleep. In another room, Clyde tries to convince Ben to bust out of prison with him but Ben wants no part of it. Clyde calls him a dead man walking but Ben has faith Ciara can get Victor to tell the truth. Ben becomes overcome with emotion. He can’t sit back and let his son die. He thinks Victor will take that secret with him to the grave. Will appears. He questions what’s going on. Clyde calls it a private conversation. Ben looks on, worried and Clyde takes off. Ben shares that his appeal was denied and they set a date for his execution. Will’s so sorry. He asks if there’s anything that can be done since he belives in Ben’s innocence. Ben says no and thanks Will for making this tolerable. Will wishes he could trade places with Ben. If anyone deserves death for his crime, it’s him since he really did commit a crime. 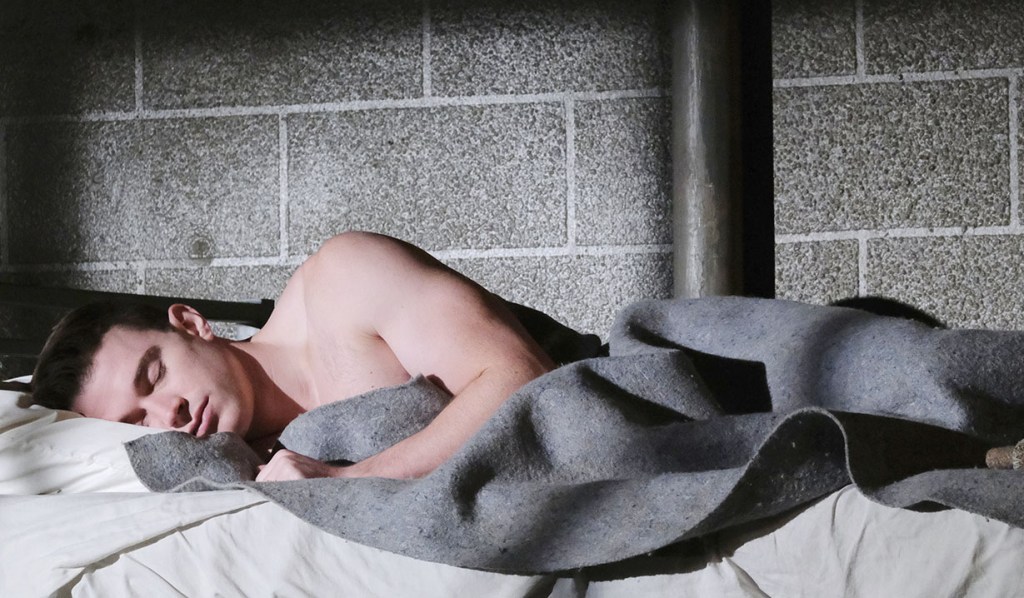 In the hospital, Victor says Ciara is right. They did send an innocent man to prison. Ciara wants to call her mom and record the conversation but Xander stops her. He’s not talking about Ben Weston. Victor says they’re talking about Will Horton. He’s innocent. Ciara’s mind is blown. Then who killed Adrienne? Xander and Victor deny killing her. Xander says it doesn’t matter who did. They had nothing to do with her death or Jordan’s. Victor’s ready to tell her what really happened to Adrienne. Later, he has told Ciara everything. Ciara calls it incredible and looks shaken up. She tears up as Vic asks her to keep silent. “But what about Will,” she says. She is sorry but she can’t make that promise.

At Salem Inn, “Stefano” tries to get Kristen to see that it’s him. Rolf was able to transplant his consciousness into Steve’s body. Kristen laughs and Stefano begins to laugh. “Oh my God, I have heard it all.” She asks for proof. He takes out his pinky ring and puts it on and insists the phoenix has risen. Kristen says he could have stolen the ring from Kate. She calls security and disconnects when he reminds her this was all her idea. She took him to Nashville and asked Rolf to save his life. He did. He got him out of that fire. Stefano asked Rolf to keep quiet. Kristen starts to tear up. Stefano was in a lot of pain and Rolf had to find a suitable host. She asks, “Why Steve Johnson?” Stevano says, “There were many factors involved.” He disappeared to recover and started to plan months later. That’s when he read about what happened to her and his darling granddaughter. It broke his heart. Kristen cries about losing her baby and almost going to prison. She never felt so alone. Stefano comforts her. He wishes he could have been there for her. He talks about her time in the convent and assumes she too was healing. He asks her to come home where she belongs. He says, “la mia bellissima figlia,” which means ‘my beautiful daughter’, and Kristen sobs. She really wants to believe this. They embrace. 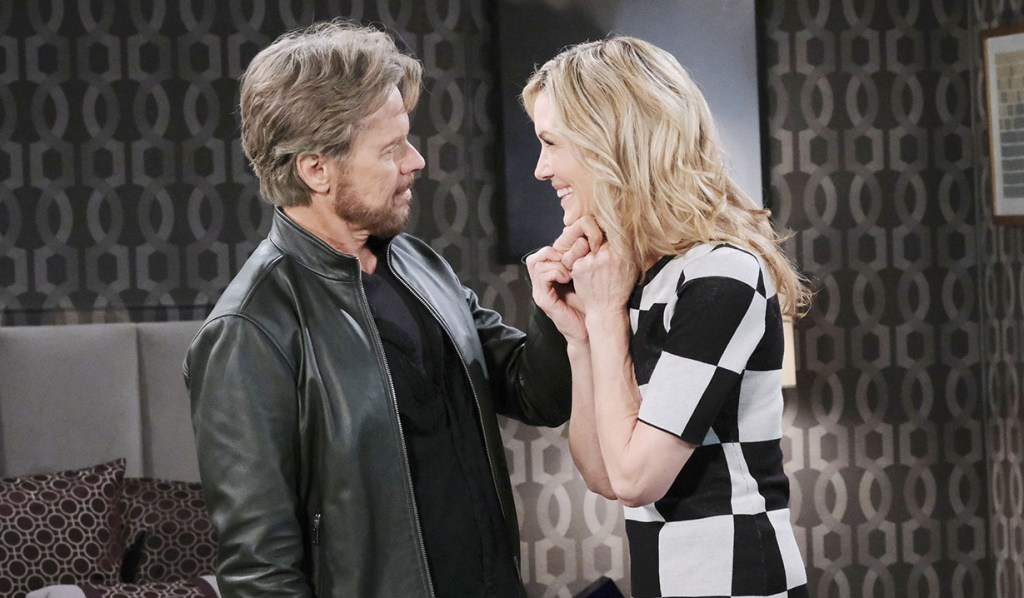 More: Marie Wilson back to Days as Summer

At the pub, Kate tells Roman she must get rid of this interloper, Evan. She thinks Will and Sonny can work their way back to each other if “this little hustler is out of the picture.” Kate asks him to do a background check on Evan. Roman thinks it’s possible that Evan is a regular guy. Hattie pokes her head in and whispers, asking if there’s news on “He who shall not be named.” She was concerned with “the cops catching up with Count Chocula.” Roman thinks he’d be wise to stay far away from Salem. He goes to the kitchen and Kate reminds Hattie that their secret has to remain a secret. Hattie was afraid Stefano would come after her. Hattie fills Kate in on the talk she had with “Patch.” Roman calls Hattie into the kitchen and she tells Kate that Roman wants her. Kate clarifies that it’s for work, not pleasure. Hattie shrugs. She has a way of wearing people down. Kate sighs and pours herself a shot. She drinks and texts Stefano, worried that Hattie will blow up their plans. 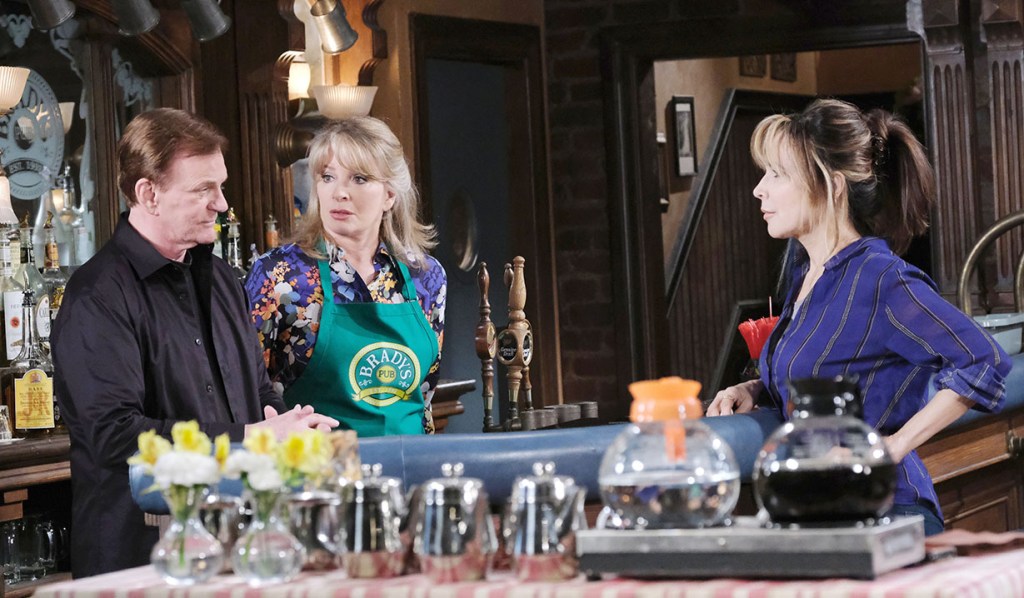 At the DiMera mansion, Chad thinks Stefano will meet with Kristen. Out of all his children, they’re the most alike and she’s always idolized him. Chad thinks Stefano can get her to sign over her shares. Abby reads that Ben Weston lost his final appeal and they’re setting a date for his execution. Chad won’t be sorry to see him gone but Abigail wonders, “What if he didn’t do it?” Chad scoffs. Abs has empathy for Ciara. Chad gets back to talk about DiMera. He thinks Kate can help by giving him Andre’s shares. At least they can help. Abigail doesn’t think she’ll just give them up. If she doesn’t agree, they can find out if she has a hidden agenda. Chad goes and Abigail wonders if Stefano is really meeting with Kristen.

Chad arrives at the pub to see Kate. 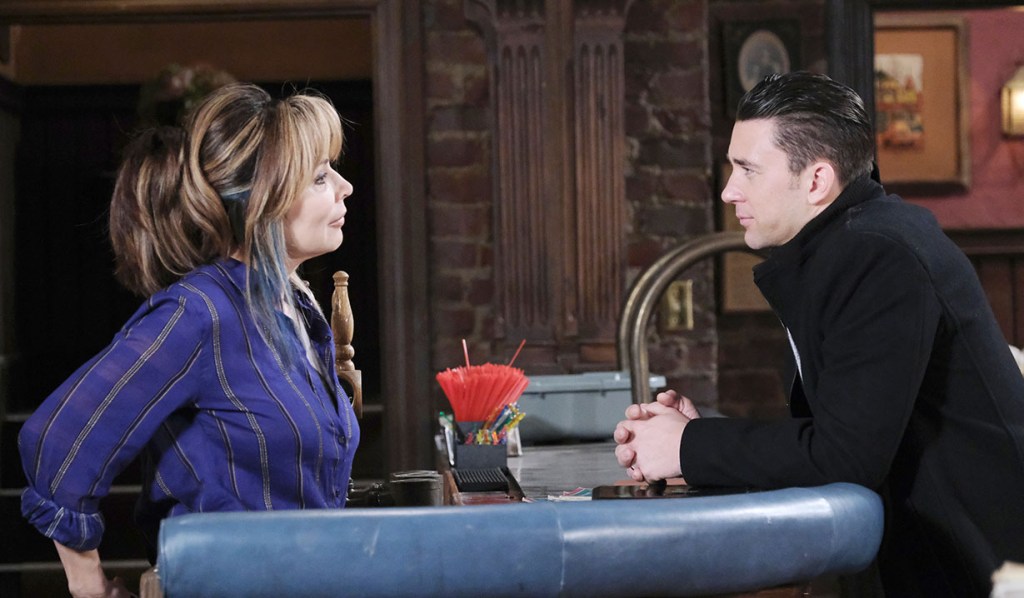 Abigail arrives outside of Kristen’s room at Salem Inn, hoping to see Stefano.

Eli Proposes Marriage to Gabi and...