“Steve” Visits Kristen, Ready to Reveal Himself As Stefano

Thursday January 9, 2020: On Days of our Lives today, Kristen reveals to Chad that she's stringing Gabi along, Xander prays to God, and "Steve" gets an earful. 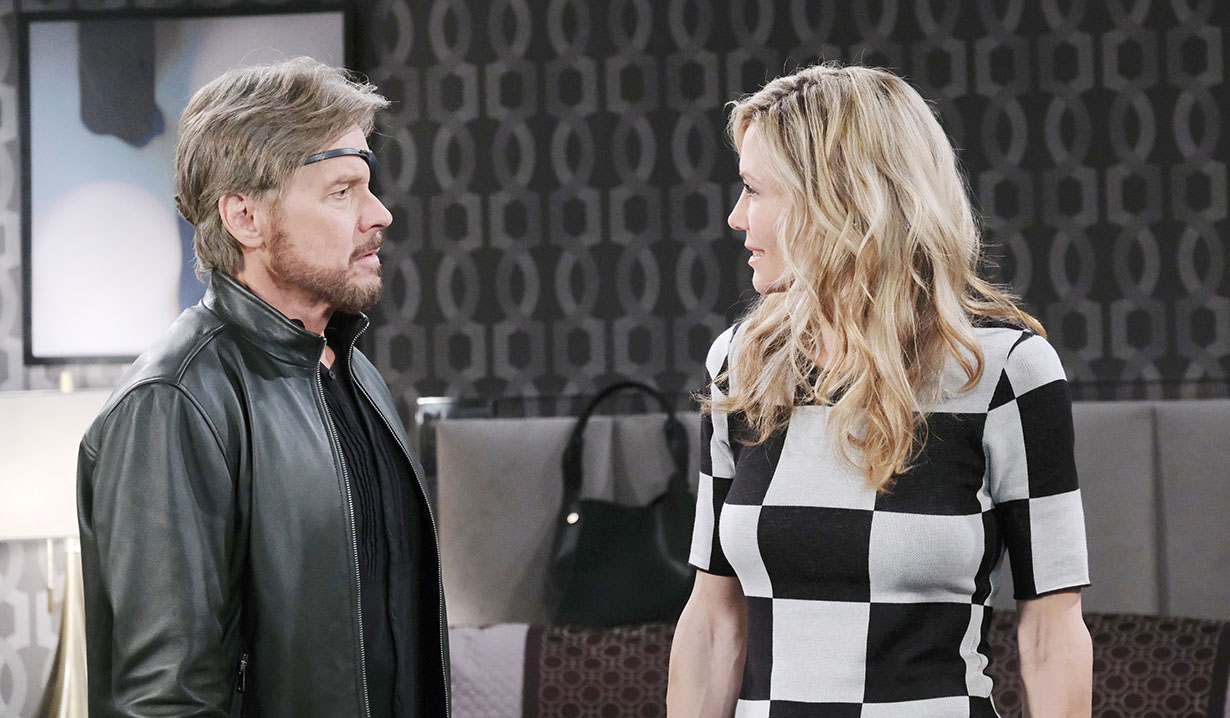 At the DiMera house, Abby laughs at how many times Jennifer had to read the kids a story at bedtime. Jenn calls Thomas is the spitting image of Chad and asks where he is. Abigail says he’s with Kristen, trying to put an end to her mind games. They discuss the trail for Rolf and Stefano going cold. 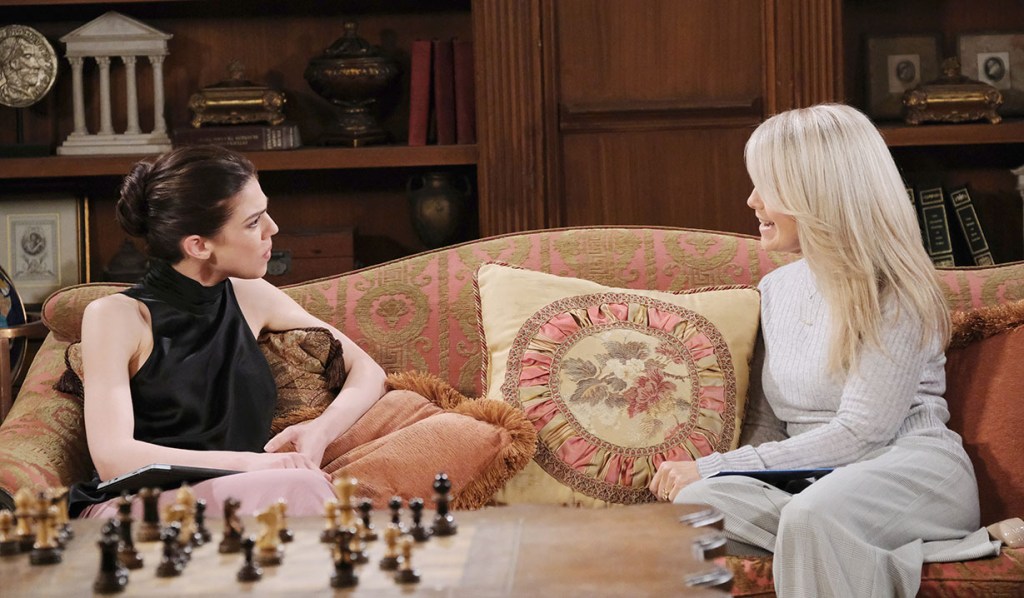 More: Congrats to Melissa Reeves on her blessed news

Chad arrives at Basic Black, upset that Shin had to tell him about Kristen’s new job. Kristen explains that she used her leverage with Gabi to get it to help with getting Brady back. Chad hopes she didn’t use her shares. Kristen calls him obsessed with her shares but Chad feels “Gabi will decimate everything Father built” if she takes over. Kristen says to relax. She’s stringing her along. Chad assumes she’s stringing him along, too and asks her to give her shares to Stefano. Kristen will do nothing unless he comes to talk to her directly. Chad warns if she lets Gabi run this company, she’ll have to deal with his wrath and Stefano’s. 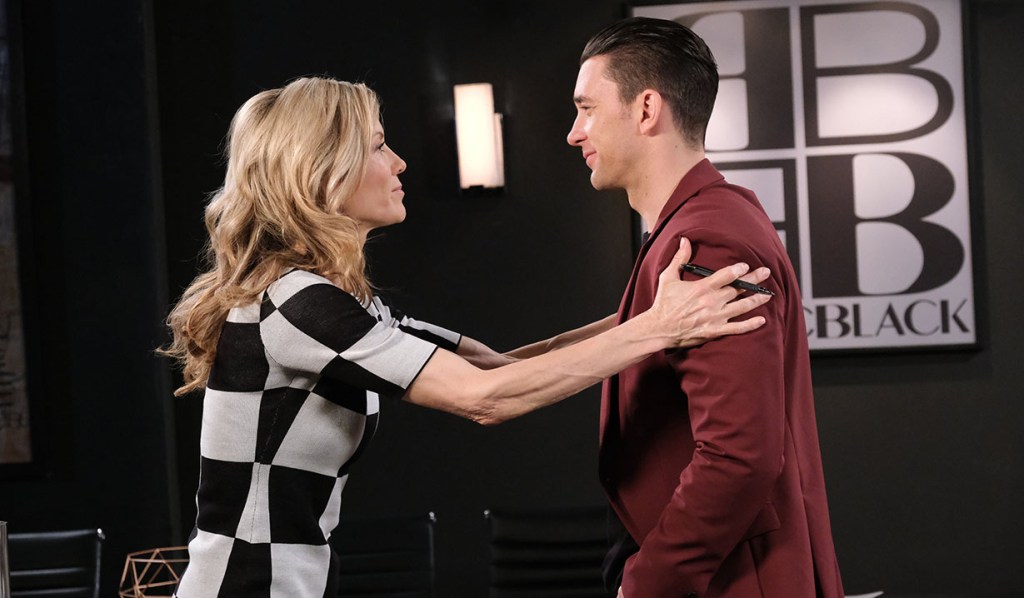 At the hospital, Brady reels when Nicole lets him know that Gabi gave Kristen the Co-CEO spot at Basic Black. Nearby, Justin arrives having heard about Victor’s stroke. He holds Ciara as she cries and tells her they’re still waiting to hear how Ben’s appeal went. Ciara feels guilty about the stroke since Victor was with her when it happened and she was accusing him of setting up Ben. Justin says it wasn’t caused by her. She sobs. In the chapel, Xander prays, wondering if he’s being punished. Maggie appears and questions him. He lies that he thinks he’s being pushed for pretending to be Mickey’s father. Maggie says it doesn’t work that way. Xander admits to how important Victor has become to him. “And you to him,” Maggie shares. In the waiting room, Nicole admits that she couldn’t take Kristen’s badgering and lied that she and Brady were together. Brady grimaces but decides it’s a good idea. Later, Kayla appears to update the family that the embolectomy was a success. Kayla takes Maggie to see Vic while Nicole and Brady leave and Justin goes to call Sonny. Xander takes Ciara aside and worries about her visiting Victor. “Just seeing you could give him another stroke.” Nearby, Justin urges Kayla to go eat while he visits Victor. Later, Ciara prays to God asking Victor to get well and Ben’s appeal to go well. Justin appears and says the court has just reached a decision… 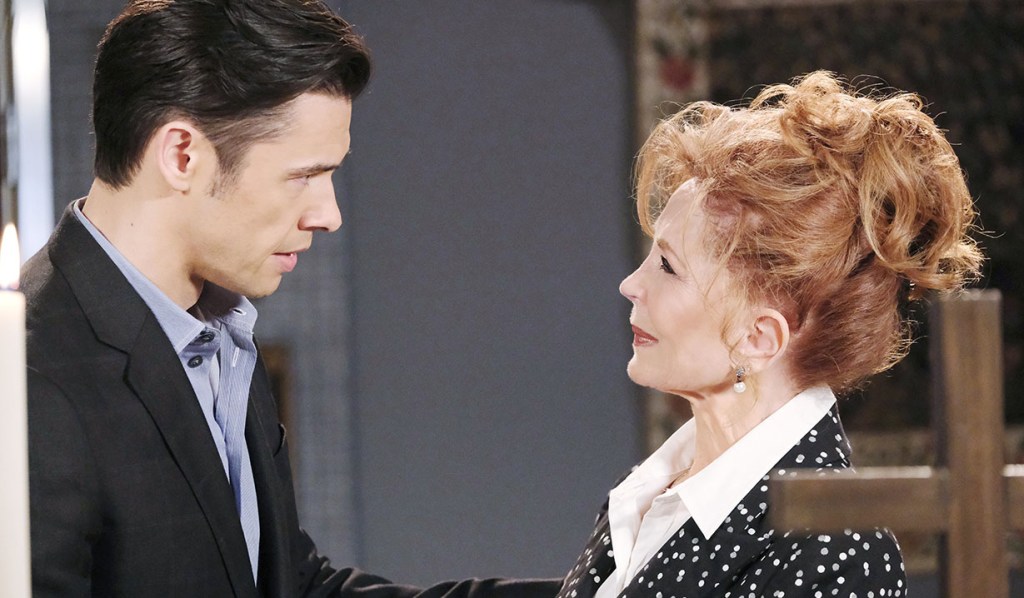 From the townhouse, Stevano leaves a message for Gina. She’s right. Before someone realizes who she is, they need to go ahead with their plan. He disconnects and turns around, shocked that Jack’s standing there. “Steve” lies that he was talking about their search for Rolf. Jack doesn’t care. He’s angry that he had to hear about Steve’s return from someone else and blasts him for not going to Adrienne’s funeral. He rants about abandonment until Stevano says that if anyone should know about abandonment it’s Jack. He reminds Jack that he didn’t tell his family where he’s been all these years. Jack tears up and says he had no choice but says Steve knew who he was when he signed divorce papers for the woman he was with for 30 years. Jack cries that Kayla only wanted to wake him up, she didn’t really want a divorce. Steveano argues that he’s no mind reader and gets in his face. “Who are you to lecture me on Kayla. Didn’t you rape her?” Jack’s astonished that he’s throwing this in his face after all this time. He and Kayla worked through that together years ago. “I guess you weren’t here,” he snipes. “Steve” yells that this is none of Jack’s business. Kayla’s happy with Justin and he’s fine with that. Jack finds that unbelievable. Steve says the only connection they have is their three kids. Jack’s confused. Steve and Kayla only have two kids.

Chad returns home and hugs Jennifer goodbye then tells Abigail that he asked his sister to stop playing games and do what his father asked. They get amorous and head upstairs to make love. 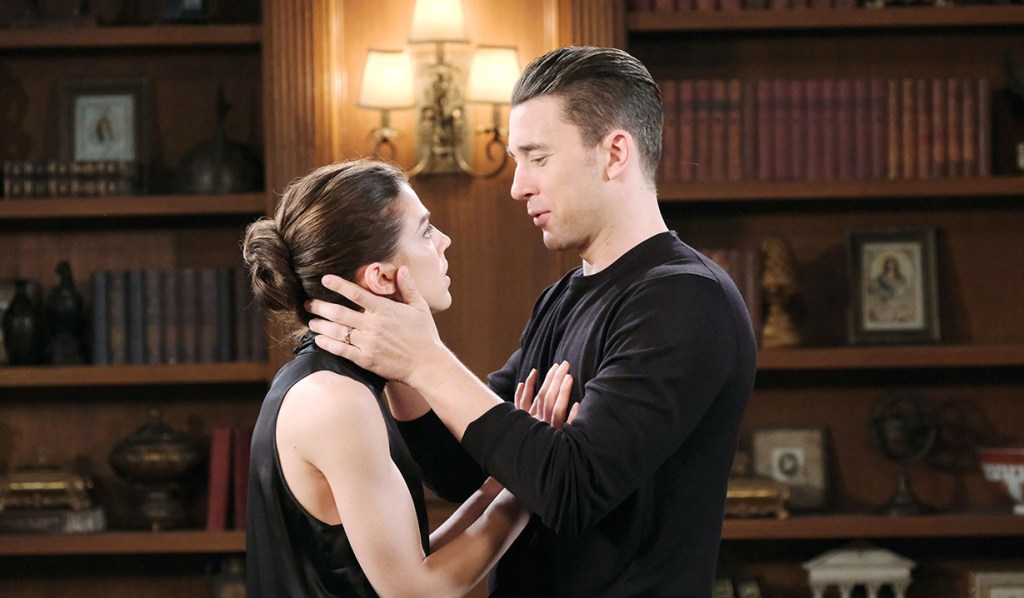 At the pub, Jack fills Jennifer in on his argument with Steve, saying that Steve talked about having three children with Kayla when they’ve only two. He says Steve seemed to cover up a slip when he said he was including Tripp. Kayla arrives and joins them. Jack catches her up on Steve and thinks she’s better off without him. He’s not the same man anymore. 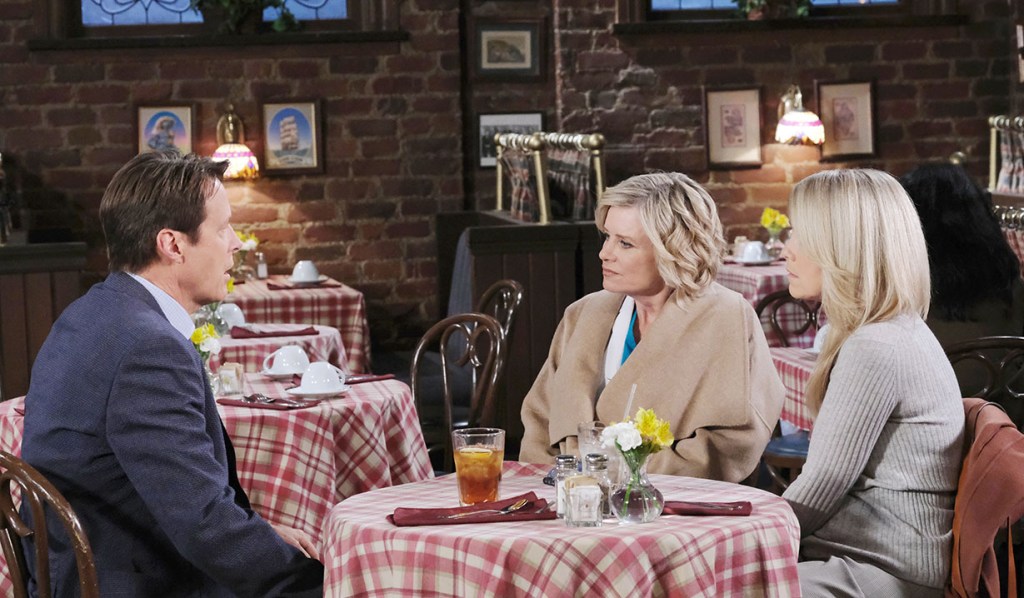 At the square, Kristen comes upon Nicole and Brady. Brady hopes Kristin’s not too uncomfortable working with them and warns not to mess with Nicole. They head into Eric’s and Nicole’s creeped out by the way Kristen was looking at them. It’s not a good idea to push Kristen too far. Meanwhile, back in her suite, Kristen tears the place apart in anger. Stevano shows up and Kristen barks, “Steve Johnson? What the hell are you doing here?”

Stevano tests Kristen’s loyalty to him. 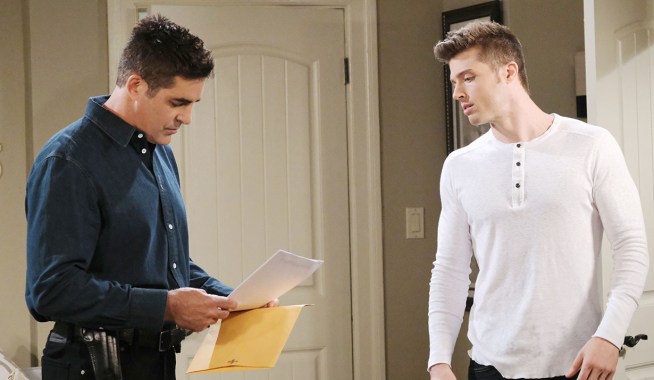 Ben Loses His Last Appeal, Devastating Both Him and Ciara 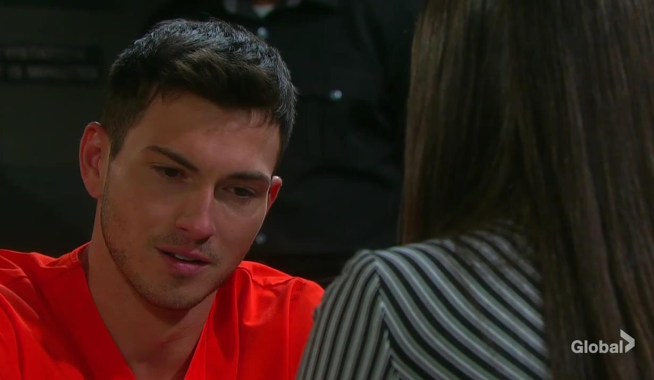