Friday January 3, 2020: On Days of our Lives today, Xander wants to deal with Ciara, Rafe shares his suspicions about Hope with Roman, and Ciara visits Ben on the day of his appeal. 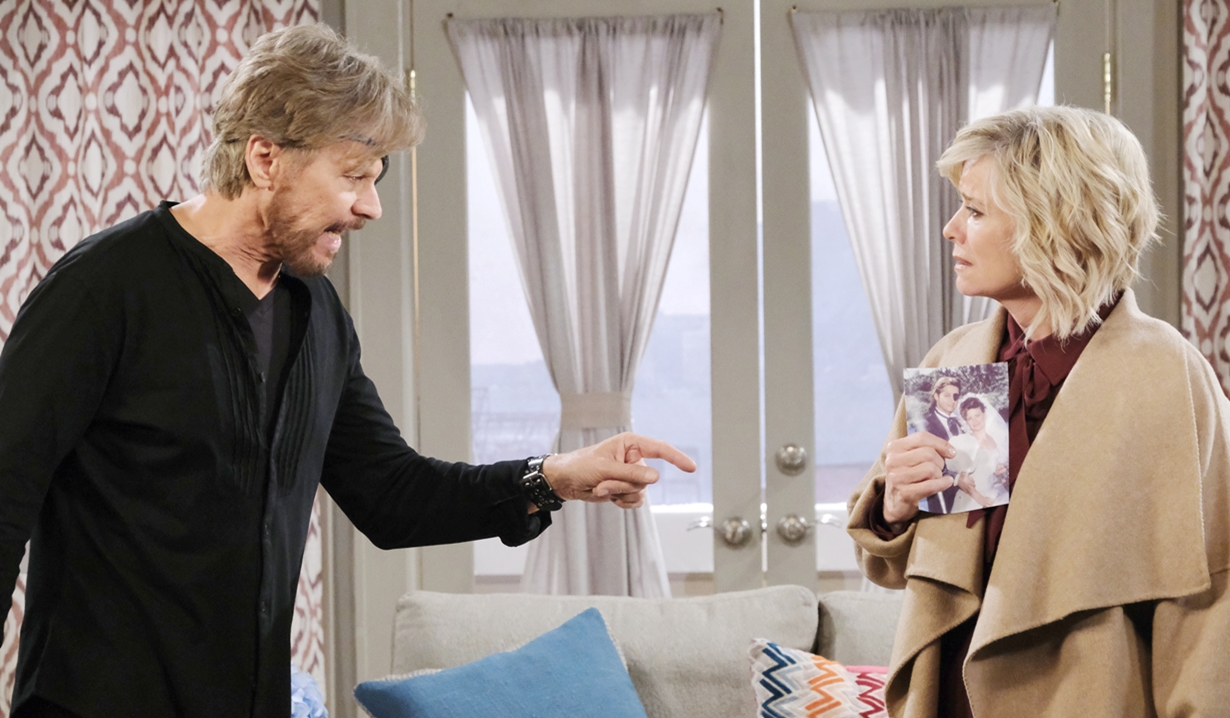 In her bedroom, Kayla dreams she’s awakened next to Steve, who reassures her their marriage isn’t over. 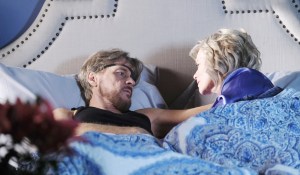 When she startles awake, Justin asks, “Kayla, what is it?” He’s understanding she’s dreamt about Steve but wonders if it changes how she feels about them. Kayla assures Justin he’s her future. They kiss. Later, Kayla looks at a photo of her and Steve’s wedding.

In the townhouse, Stevano crabs to himself in the mirror about the eye patch. He takes a call from Princess Gina and grouses about sleeping on the couch. Hattie enters the room as he congratulates himself on being perfectly positioned to execute his plans. She’s confused about “Steve” announcing his presence at the New Year’s Eve party. Stevano tells her Stefano is closing in on Marlena – he’s moved in to help John protect her. Hattie’s stunned he wants her to move out – she’s on the team and threatens to go to Roman. He warns Stefano could mistake her for Marlena. This convinces Hattie. Stevano suggests she bunk with Kate. Hattie questions him wearing the patch. He didn’t feel like Steve without it. Satisfied, Hattie trots off to pack. Later, there’s a knock on the door – it’s Kayla demanding an explanation. She shakes him and he asks her to take her hands off of him. Kayla sputters that it’s like someone took his soul. She shows him their wedding photo – what happened to the man in that picture? He bellows that man is gone – he’s in love with another woman. Kayla’s shocked.

At the police station, Rafe tells Roman that Hope’s whole attitude has changed and she’s shut him out. Roman thinks it makes sense as she’s his ex-wife. Rafe thought the behavior was about them, but she’s changed with others. Roman’s stunned to hear he walked in on Hope and Kate in a catfight in a crime scene. Rafe reveals he’s been documenting her mistakes. He’s not trying to oust her, just make sense of it. 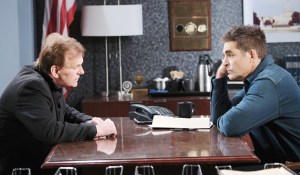 Roman realizes the file goes back months and she’s making rookie mistakes. Rafe’s confronted her – she acts like she has something to hide. Roman agrees something’s going on. They switch gears to Stefano. Roman feels with Steve back the Phoenix has nowhere to hide.

In the Brady Pub, Princess Gina complains about the greasy food. Kate confronts her about not being consulted prior to revealing Stefano. Gina sniffs they don’t consult the help and accuses her of having a big mouth. Kate warns her against supporting Stefano’s obsession with Marlena – she’ll never choose him over John. 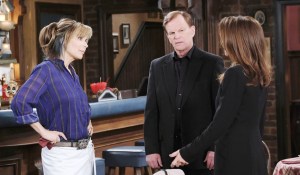 Gina states no one will stop Stefano from taking her from John – no one. Roman enters as Kate tells ‘Hope’ to get the hell out of there. Gina’s about to exit when Hattie enters and hugs her. Gina looks blank. Hattie beams, “It’s Hattie!” Gina says they’re not friends and exits. Roman, stunned, confronts ‘Hope’ – he and Rafe are both concerned about her. She snarks that Rafe needs to move on and walks off. Inside, Hattie shrugs off her behavior and tells a mystified Roman she’s got a lot going on with ‘you know what’ and ‘you know who’.

In the Kiriakis living room, Xander updates Victor that Mackenzie is doing well and Sarah’s staying strong. He feels helpless – it’s killing him. Talk turns to Ciara. Xander found out she’s been lying and guesses she convinced Justin to represent Ben, believing they’re responsible for Jordan’s death. It’s also why she tried to access the lockbox – they have to fire Ciara and kick her out of the house. Victor insists she wouldn’t side with that killer against the family. He threatens to fire Xander and warns him away from Ciara. Xander reminds Victor he knows everything. Victor knows Xander has as much to lose as he does and feels Ben will be dead soon and Ciara will have no reason to keep digging.

At the prison, Ben joins Ciara, who wouldn’t be anywhere else the day Justin’s filing his appeal. 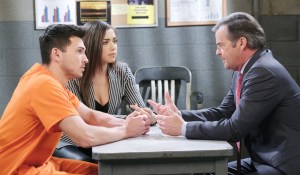 Ben notes if he loses today, he’s a dead man. Ciara laments they were so close to getting evidence Victor sent Xander to kill Jordan. Justin arrives and believes they have a chance to prevail. Ciara wants to testify she heard Victor and Xander say they sent an innocent man to prison. Justin argues it’s hearsay, so she convinces them to let her wear a wire and asks Justin to give them hell in court.

In his living room, Victor disconnects from his prison source and confronts Ciara about visiting that psychopath Ben Weston.

Xander appears at the prison. He tells Ben they need to chat about his nosy girlfriend.

“Hope” arrives at the Salem P.D. and fires Rafe.

Ben is threatened by Xander. 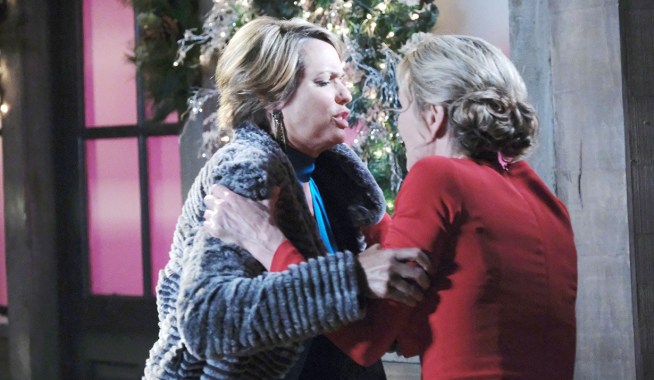 Kristen Assaults Nicole When Brady Refuses to Take Her Back 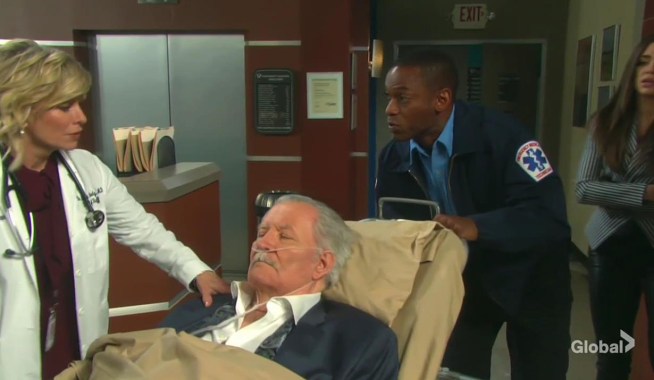