Friday December 27, 2019: On Days of our Lives today, Hattie encounters Stefano, Chad meets with Kristen, and sparks fly between Brady and Nicole. 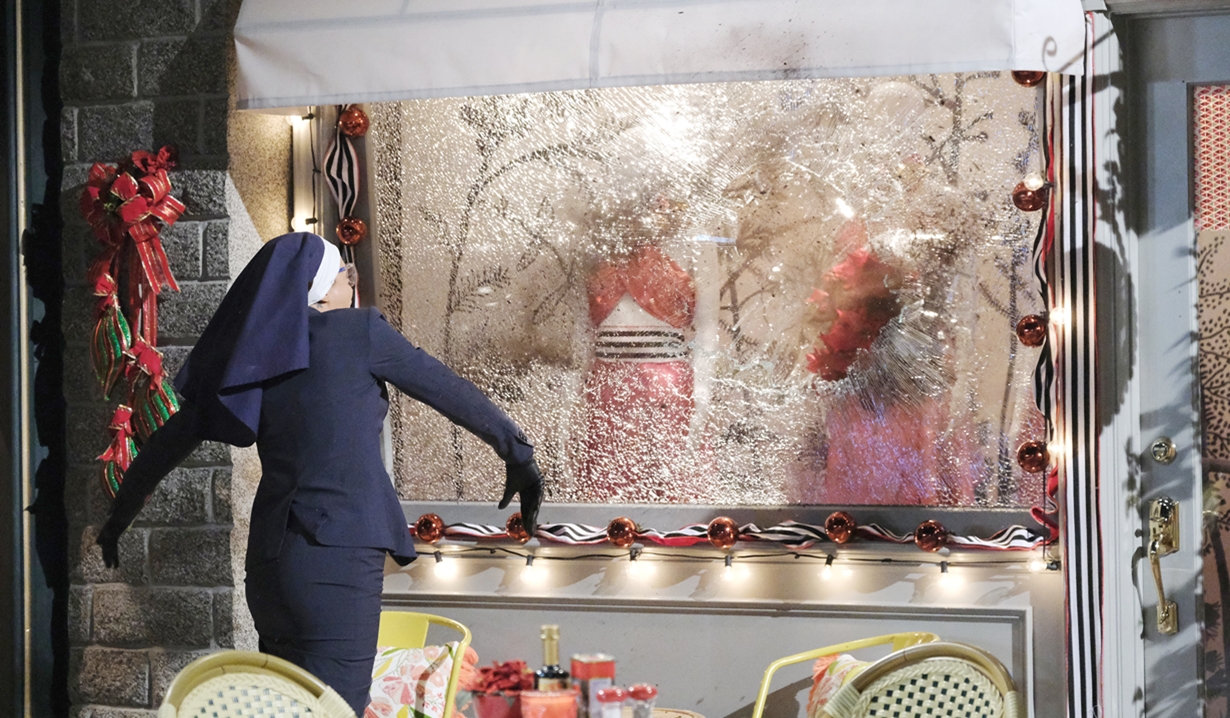 Kristen and Lani arrive in the square and ruminate about making Gabi Hernandez pay.

At the DiMera mansion, Eli, Gabi, Chad and Abigail drink and snark after Eli says Christmas wasn’t so bad. Abigail angers Gabi by suggesting Ari will need therapy as her childhood hasn’t been easy.

Outside the Kiriakis mansion, Nicole tells Brady how happy Holly is inside. He doesn’t want to see Victor or revisit the memories with Kristen, and Nicole doesn’t want to go to Eric’s apartment, so they’ll go for a drink.

Kate arrives at the Brady Pub, where Roman carefully breaks the news he hired Hattie and felt he owed her. Upstairs, Hattie walks in on Stefano while looking for Kate. Believing she’s Marlena, he muses about finally being face-to-face. 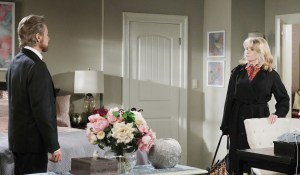 Hattie calls him Patch and he informs her he’s not Patch. Hattie blurts that she’s not Marlena and recalls Stefano promising her the moon and the stars to look like her. She’s glad the old geezer’s gone and asks if he’s not Patch, who is he? Downstairs, Kate learns Hattie went looking for her and heads upstairs to intervene, telling Hattie that Steve no longer goes by ‘Patch’ as Stevano explains a surgeon repaired his eye. Hattie asks why he’s holed up in Kate’s room. Stefano claims he’s on a covert mission for the ISA and she can’t say a word to anyone, including Roman. Hattie’s convinced to keep mum under the threat of treason. Downstairs, Brady and Nicole enter the pub. She apologizes to Roman for keeping Eric’s daughter a secret from him. Brady orders a soda while Nicole orders alcohol. It’s rough knowing she can’t be there for Eric but having Brady around helps. They’re both grateful for the friendship and toast to Basic Black. Talk turns to Kristen – Nicole doesn’t understand how he fell for her again. Brady explains it’s complicated. He hopes Kristen’s found peace at the convent. Nicole guarantees she’s still only interested in helping herself. Brady’s unbothered by Nicole’s opinion and offers to take her home. Upstairs, Hattie leaves Kate’s room. Kate thinks she’ll keep quiet. Stefano warns if she slips, all bets are off. Downstairs, Hattie tells Roman she saw Kate and adds, “We came to an understanding, wink, wink. Don’t worry, my lips are sealed.” 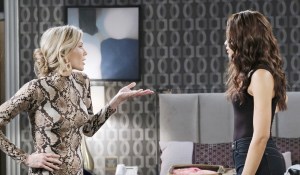 In a suite, Kristen and Lani discuss letting people believe they’re nuns, though they didn’t take vows, and baiting Gabi with the shares to find a way to disarm Julie’s pacemaker. Kristen calls Chad, who agrees to meet at the park. After disconnecting, Kristen assures Lani, who’s anxious to see Gabi go down, that she’s on it. Kristen goes, and Lani exits afterward.

Chad disconnects from Kristen at the DiMera mansion and gives Gabi and Eli a cover story as he and Abigail leave. Gabi rants about them trying to undermine her under her own roof – she needs Kristen’s shares. Eli offers a ‘distraction’ upstairs. They exit to put Ari to bed and Lani, dressed as a nun, enters through the hidden door and searches for Gabi’s phone. She hears them returning and hides. Gabi and Eli kiss, talk about finding each other, and express their love as Lani peeks from the paneling thinking Gabi’s a phony bitch. They go upstairs and Lani fumes, “God I hate her.” In the bedroom, Gabi and Eli wish each other a Merry Christmas as they start making love.

In the park, Chad and Abigail greet Kristen who is wearing a nun’s habit. Kristen asks about Jennifer and Chad presses her about the shares. Kristen reveals Gabi made an offer; she’s waiting for a sign from God. Chad reminds her what Gabi’s done to the family. For the greater good, Kristen needs to leave Gabi in the mix for now. Chad assures her she’ll always be a part of the family as Abigail explains the shares would allow Gabi to hurt them. Chad alludes to what father would want. Kristen’s alarmed – father’s involved? Chad admits he’s been in touch with Stefano, who wants him to get her shares and force Gabi out. Kristen digests Stefano being alive and well. She’ll be in touch. Chad worries to Abigail there’s more to this than Kristen’s letting on.

Outside, the pub, Nicole stumbles and Brady catches her. Kristen follows as they walk off, and catches up in time to see Brady and Nicole enter Eric’s apartment kissing passionately.

In the square, Lani thinks about Gabi and throws a flowerpot through Gabi Chic’s storefront window in anger.

Marlena squares off with ‘Hope’.

Kate issues a threat to Stefano. 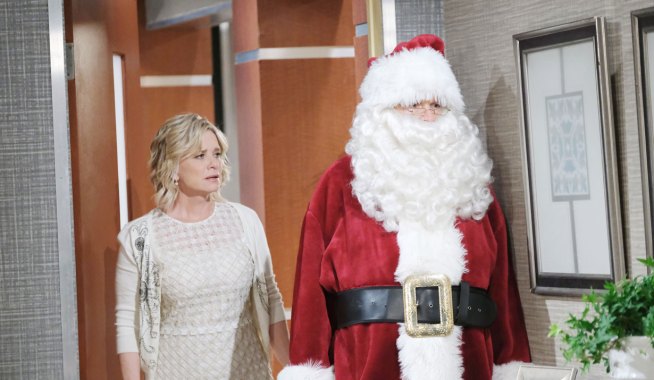 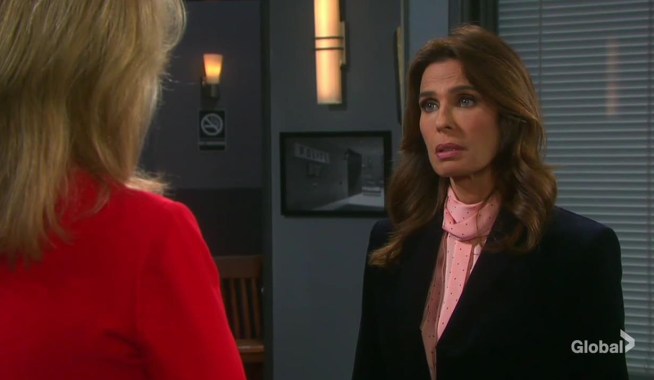