Monday December 23, 2019: On Days of our Lives today, Justin and Kayla make romantic holiday plans, Rafe confronts Kate and “Hope,” and “Stefano” struggles when it comes to Marlena. 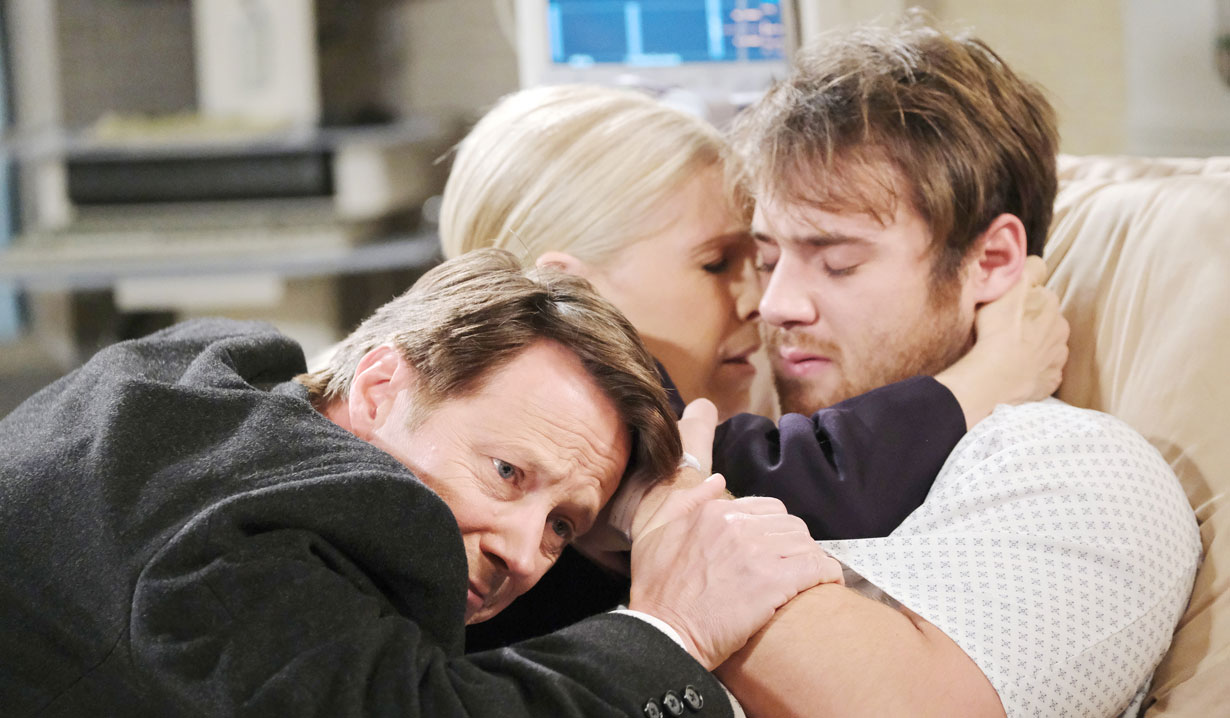 At the Horton’s, Jenn finds Jack putting up a beautiful Christmas tree when she receives a text 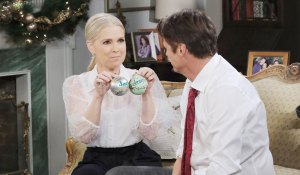 from JJ, claiming to be visiting Haley’s mom in Chicago. Both are happy to know he’s safe. Jack carries in a box of decorations and Jenn removes their Horton ornaments. Jack takes Abby and JJ’s out… they’re a family again.

Abby storms into JJ’s hospital room. She knows about the opiates. JJ’s upset Eli ratted him out, but Abby begs him to tell their parents the truth. JJ doesn’t want to ruin their holiday. Abby vows to tell them if JJ doesn’t. JJ calls Jenn. After he hangs up, JJ doesn’t know how to tell their 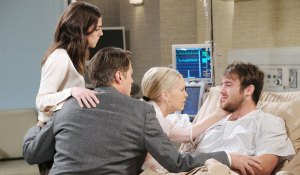 mom he’s addicted to painkillers. In tears, he talks about losing Haley and admits he punched a wall and received a prescription for painkillers. When JJ ran out, he found other ways to get the drugs. Jenn and Jack rush in and hold JJ close. Jenn beats herself up for not seeing the signs of his addiction. JJ reveals that there’s more… he tried to kill Kristen. He sobs, calling himself a junkie. JJ wanted revenge and would’ve pulled the trigger if not for Lani. He cries how sorry he is for everything, for even existing. Jack, Jenn and Abby order him never to say that again and will be there every step of the way. Jack holds back tears and promises to be there for him and their family, always. They hold JJ and sob. JJ is their Christmas miracle. By the hub, Justin and Kayla talk dinner plans. Roman invited them to the pub but Kayla knows seeing Kate will ruin her Christmas Eve.

At the loft, Rafe demands to know why Kate and “Hope” are acting so tense. Why’s Kate at the crime scene? “Hope” wanted to question Kate about Stefano. 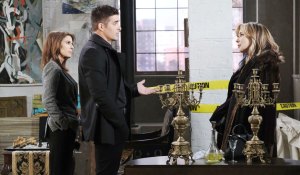 Kate doesn’t know where Stefano is. “Hope” convinces Rafe to head back to the station. Once alone, Kate tells Gina that Stefano can’t be caught with her at the pub – or they’ll all go down. Gina has her own living situation to resolve, which leads Kate to bring up John throwing her out. They trade a few more barbs before Kate leaves.

Over at the townhouse, Abe and John discuss the mystery surrounding Stefano’s whereabouts. “Stefano’s here in a way.” Abe wonders if he’s in ghost form, but John wonders if he’s had plastic surgery. The subject changes to Hope. Abe’s stunned to hear she has feelings for John. They talk holiday plans and Abe heading off to see Theo then hug goodbye.

Outside the room at the pub, Marlena calls out to Kate, while Stefano listens from inside to his “queen.” He goes to the door, unlocks it then stops himself. As he steps back, Marlena notices the door is unlocked. Believing Kate is sick, Marlena wants to check on her and steps inside. Stefano hides and peers at Marlena as she plans to go to the desk, where his ring is, for a pen to leave Kate a note. Suddenly a knock stops Marlena. 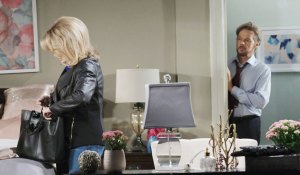 It’s Justin, who rants about Kate’s treatment of Kayla. Marlena promises to talk to Kate, as Stefano listens to Justin talk about Steve still being a sore subject for Kayla after he abandoned her. Marlena brings up John working for the ISA… sometimes things happen that we don’t understand. They discuss him losing Adrienne and exchange holiday wishes before Justin leaves. When Marlena goes to the desk, she finds Stefano’s ring. Stevano watches as Marlena holds up the ring. Outside the pub, Justin runs into Kate and warns her to leave Kayla alone. Kate heads to the room and finds Marlena, who holds up the ring and demands, “What’re you doing with this?” It ended up with Kate after Andre’s death. Marlena’s sorry and just worried Stefano’s in town. She tells Kate about the flowers and apologizes for barging in. Marlena left her a gift. Kayla feels guilty… then claims it’s due to not having a gift for Marlena, who says her friendship is enough. After Marlena leaves, Kate snaps at Stefano for being careless. He’s in awe that his queen was there and he didn’t reach out to her.

Hope talks to Rafe at 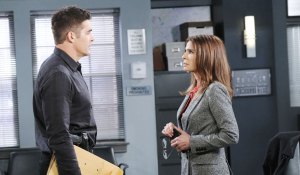 Salem PD and admits John asked her to move out of the townhouse. When Rafe offers her a place to stay, she claims to have other plans but acts nervous when Rafe questions her about the flight to Hong Kong. “Hope” still has travel plans, begins to ramble and says, “Why am I justifying myself, it’s none of your business.” Rafe wonders if she’s okay.

Justin meets Kayla back at the hospital and relays his warning to Kate. They make plans for a romantic night at home.

Marlena returns to the townhouse with news about Stefano’s ring. Being in that room made her feel as though Stefano was there. John takes Marlena in a protective hug.

It’s a special day for Eve and Hattie.

Abe Reveals Stefano’s in Salem As...

Eve and Hattie Are Released From...