Wednesday December 18, 2019: On Days of our Lives today, Jennifer has issues believing Rolf's the one who pushed her, Kate flashes back to her first meeting with Gina, and Chad gives his dad an ultimatum. 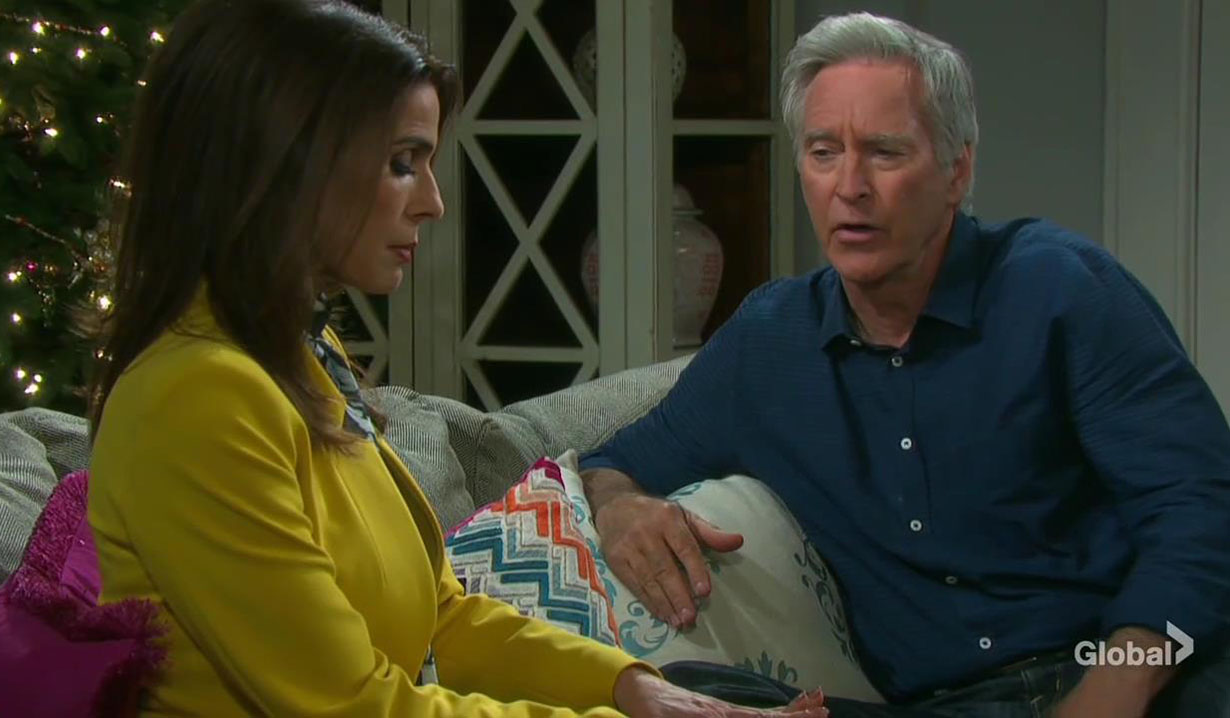 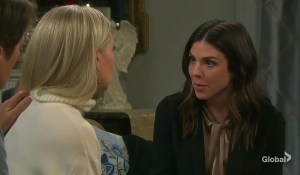 she saw the CCTV footage and that Dr. Rolf is the one who threw her mom off the balcony. Jennifer doesn’t feel like this is real. She needs to see the footage for herself.

Rafe walks into the DiMera mansion to tell Chad they need to talk about Rolf. Chad hasn’t much to say but vows to let Rafe know if he sees him. Rafe goes and Chad messages Stefano to ask where his mad scientist is.

At Gina’s loft, Stefano tells Dr. Rolf he needs to make the ultimate sacrifice. He explains that he’ll lose Marlena forever if Gina’s found to be the one to shove Jennifer off the balcony. They needed a scapegoat and Rolf realizes they chose him. He understands. He knows he’s but a pawn in the phoenix’s game. Stevano receives Chad’s text and says there’s another complication. Chad wants to find Rolf because he tried to murder his mother-in-law. He asks Stefano to make sure he pays – or he’s no longer his son. Stevano looks worried. He texts that he had nothing to do with what Rolf did but Jennifer has nothing to worry from him. Chad snipes to make sure of it. Or else. Stefano says Rolf has to go. He’s a wanted man. Rolf understands. He sends him to a private plane with a bag and his old portrait. He’ll deliver it once Rolf’s established at the safe haven. Rolf’s touched. Stefano calls his henchman a good man. They embrace. It’s Rolf’s honor to serve Stefano.

At the pub, Kate gives her prayers about Mackenzie’s illness. Marlena’s thankful but is concerned with Hope today. They sit and Marlena explains she found Hope and John in a close moment but John thought she was misreading the situation. Kate’s quiet. Marlena asks if her friend thinks she’s out of line. Kate flashes to giving Stefano his pinky ring and running into 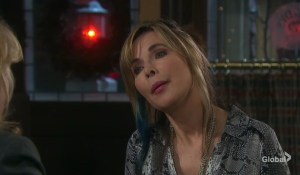 Princess Gina for the first time at the loft, thinking she was Hope. Guilt crosses Kate’s face but she agrees with Marlena’s assessment. She flashes back again to being shocked to learn Gina was masquerading as Hope this whole time. They agree that Hope’s not herself at all. Kate flashes back to Stefano telling the women he was trying to avoid petty jealousy. The women roll their eyes and Kate wasn’t happy to hear Gina talk about breaking up John and Marlena. Kate urges her friend to follow her instincts and flashes to being upset that Gina wanted John and explaining to Gina that she can’t possibly break Jarlena up. She agreed to keep quiet but tells Marlena that she’s the love of John’s life. Thankful, Marlena goes and Kate flashes to threatening Gina if she does anything to hurt Marlena.

At the townhouse, John grimaces as he gently tells her it’s time she moved out. “Hope” blames Marlena, and asks if she’s insecure about their relationship or thinks John has feelings for her. John says no, they think it’s better for everyone. “Hope” reveals she feels more for John than friendship. John’s surprised. “Hope” never meant for this to happen but thinks he must share her feelings. John narrows his eyes. He flashes to the time they’ve spent together. “Hope” wonders what would have happened if he wasn’t married. John says, “But I am married to the most wonderful woman in the world.” She’s the only woman for him now and forever. Gina is devastated. John’s sorry if he did anything go give her the wrong idea. She’s such a good friend but he’s not in love with her and it’s why she has to move. Hope deserves to be with someone who loves her back. Gina grabs her bag and says she’ll send for her things. Outside, she sobs. Later, Marlena returns and John says Hope’s gone. Marlena’s sorry to put him in that position. They embrace.

At SPD, Jack, Jennifer, and Abigail look at the CCTV footage. 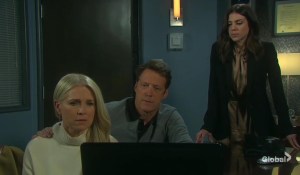 Rafe appears and tells them Rolf hasn’t been seen in a few days. Rafe puts a guard at Jenn’s place then gets a tip that Rolf was seen today on the outskirts of Salem. He rushes out asking for backup.

At home, Jenn can’t stop thinking about Rolf being the culprit. She wonders what was on that flash drive to make him want to kill her. Jack’s not sure but he’ll be there for her to figure it all out. They head upstairs to make love.

Princess Gina returns to the loft. Stefano says Rolf just left the country. Gina’s bitter. She reveals John gave her the boot and she blames Stefano because his eye is off the prize. They’re further away from breaking John and Marlena up than ever. Stevano promises he’s not giving up. Later, Rafe and other cops pound on the door. 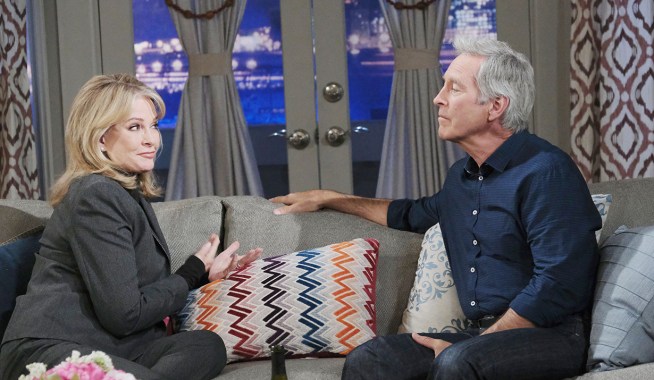 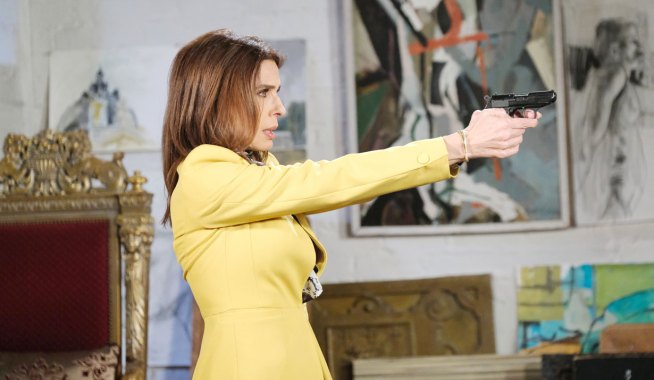