Friday November 22, 2019: On Days of our Lives today, Ben opens up to Will about the kidnapping, Nicole and Xander rehash their secret, and Ciara finds the kidnapper. 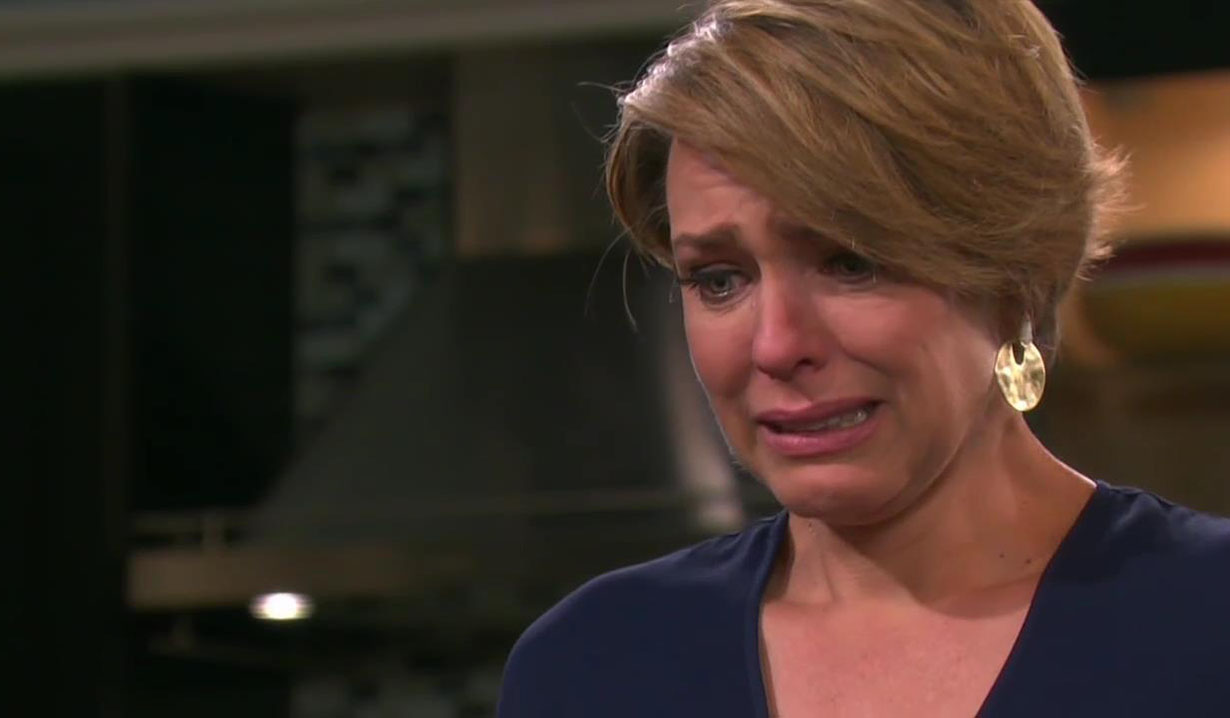 From outside the Kiriakis mansion, Ciara goes off on her own to find the kidnappers, though Ben begs her to get the SPD involved. Inside, Xander writes a confession for Sarah’s sake, then receives a text from Clyde (who keeps his identity secret) asking if he’s turned it in yet. Xander begs them not to hurt Mickey and runs into Nicole on his way out who asks if someone really kidnapped Eric’s daughter. Xander looks to ensure nobody’s listening. Xander explains he’s got a plan to get Mickey back. Nic asks if he’s involved and he denies that. They rehash keeping Eric in the dark about his child and Nicole’s guilt and Xander says Eric’s not really her father. Xander’s Mackenzie’s dad in every way that counts. He’s the one who was by Sarah’s side during her pregnancy, labor and when the baby came along. He’s head over heels for that little girl. The kidnapper texts again and Xander takes off for the police station.

Chad and Abby kiss at home and Chad has no doubt his father will hold up his end of the bargain and meet tonight. They debate whether or not Stefano should be in their lives and rehash Abby’s concerns that Chad will somehow change if he’s involved with his father again. Chad remarks that no matter what, he won’t lose himself. They argue when Abby says she wants to go with him to ensure Stefano doesn’t push him into something he doesn’t want.

At her loft, Gina can’t allow the man she calls Stefano to meet with his son. In fact, he’s to stay there and not venture out or it could jeopardize everything. The man makes a fist but says nothing. Gina’s annoyed when a text comes in and she has to leave to do her commissioner duties.

At Salem Police Department, Sarah apologizes to Eric. He questions her and 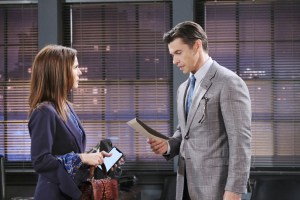 Eli interrupts to tell them he’s reached out to the FBI and is prepared to put all resources on the case. Sarah cries wondering why she hasn’t heard from the kidnappers yet. She sobs and feels helpless. Xander arrives. Eric’s praying for them all. Xander looks guilty but thanks Eric. He goes and Sarah calls Xander a good father. Xander’s grateful to hear it. He goes to give “Hope” his confession.

From prison, Ben tries to call Ciara but she doesn’t answer. He paces and Will asks what’s wrong. Ben tells him he and Ciara are working together to try to prove he didn’t kill Will. He reveals everything to Will about Xander possibly killing Jordan on Victor’s orders to Clyde having his men kidnap Mickey. Will is startled and begs Ben to stop it. Ben says it’s too late. Will wants to tell the warden but Ben worries 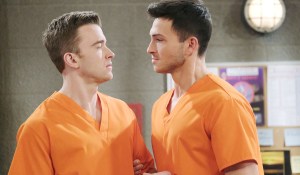 his dad has eyes everywhere and it’d mean that baby wouldn’t get back to her mother again. Will makes a move and Ben grabs his arm. Will asks, “What are you going to do kill me again?” Ben lets go and is sorry. The kidnapper Clyde hired is dangerous. Will begins to believe in Ben’s innocence.

More: Affairs are revealed on this week’s Ambitions

Ciara arrives at the farmhouse and the kidnapper asks what she wants. She lies that Clyde sent her to help with the baby. The man tries to feign innocence but Mickey cries. Ciara says she’s good with kids. The man gives her a once over and she brings up having a boyfriend in prison. He assumes she likes bad boys and makes unwanted verbal advances. Ciara thinks fast and agrees to drinks with the man. While Ciara waters the plants with her shots, the man gets drunk. She flirts and acts drunk and when she thinks he passes out, she tells the baby she’ll get her back into her mama’s arms. The man wakes up and grabs her arm.

Eli arrives at the mansion and walks in on Abby and Chad discussing Stefano. He questions them and they tell him their conversation is private. Eli thinks it’s his business. He gets a call and leaves and Chad hears back from Stefano. “It’s on,” he says. He has to go alone to Salem Inn. Abigail sighs. They go upstairs so Chad can change out of his denim suit jacket and once they’re gone, Eli calls someone to tell them that Chad and Abby are hiding something, then looks at Chad’s laptop and sees that Chad’s meeting someone at Salem Inn. Abby walks in on him.

Eric arrives home to Nicole. Both are worried about Mackenzie. Eric gets on one knee and asks Nic to marry him. She cries.

Chad knocks and then heads into the room at Salem Inn to meet the man he thinks is his dad.