Ben & Will in Jail, JJ on Drugs, Eric Duped After Time Jump 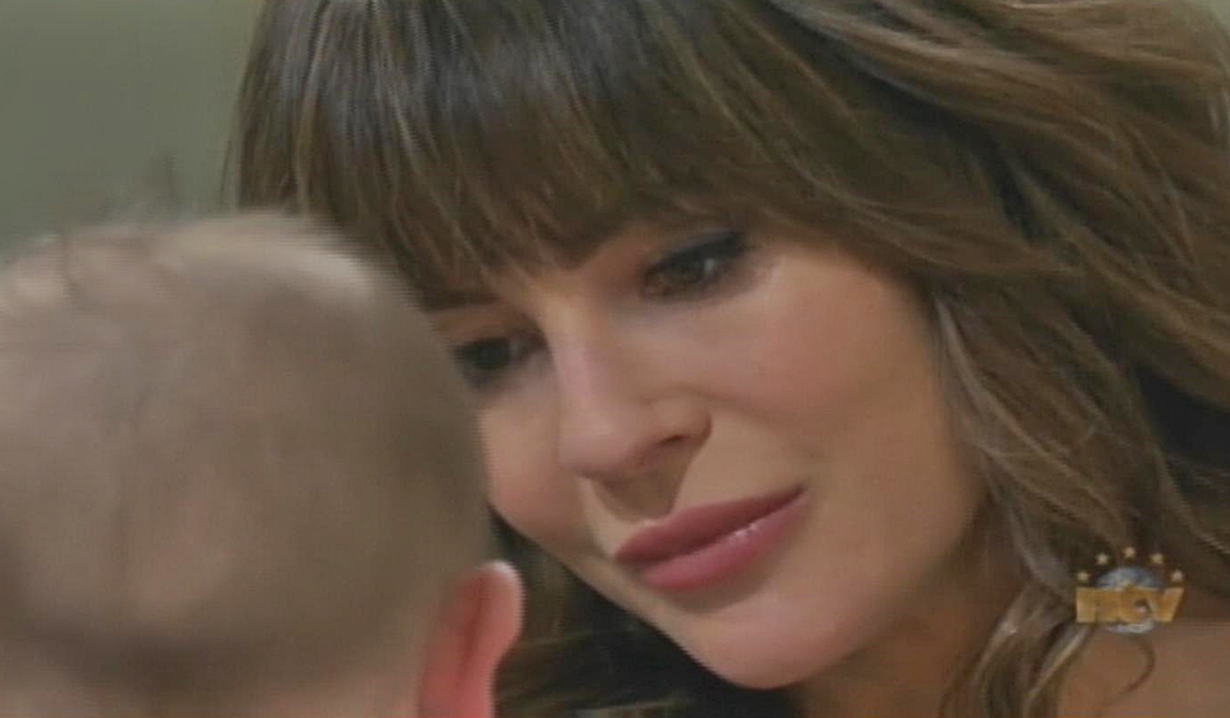 In the hospital, Jack tells Jennifer she has been in a coma for a year. He shows her the hourglass he used to mark the time until she came back to him and flashes to turning it over again each time the sand ran out amid reading to her, 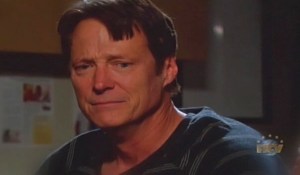 helping her exercise her legs, and shedding anxious tears. Jack will never let her go again and kisses her. Kayla enters, and happily welcomes Jennifer back. Jack leaves to tell the kids. By the hub, Jack calls JJ, who is sitting on a park bench and shares the good news.

In the park, JJ disconnects from his father and downs some pills before heading to the hospital.

In an office at Basic Black, Nicole concludes a call about edits. Xander, wearing glasses, muses she sounds like a woman who would rather set the trends. She snaps, “What do you want?” Xander taunts that he has a life to live and he’s going to get back to it.

In the Kiriakis mansion, Sarah plays with her baby and can’t believe a year ago she was going to leave Salem. She flashes to Eric learning she was pregnant just as he enters the room. They gush over the baby girl as Sarah remarks she’s six months old and Eric says she’s beautiful…like her mother. Sarah coos that the baby wants her daddy, and luckily he’s right there. She hands him to Xander who has just arrived. Eric leaves, and Sarah tells Xander she feels guilty. Xander reminds her he’s the one who made it happen. He flashes to telling Eric there’s a misunderstanding – Sarah’s pregnant with his baby, not his, and claims he and Sarah wound up in bed again. 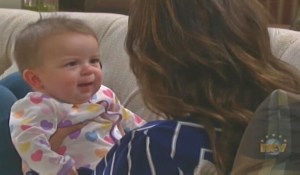 Sarah remembers Eric asking her for the truth, and her saying Xander was right. Xander recalls Eric asking how she could be sure and Sarah informing him she wasn’t pregnant when he left to go find Nicole. Eric demanded a paternity test and left. Sarah remembers Xander having Rolf do up the fake paternity test and making her feel safe. Xander muses, “Except for Nicole and that conscience of hers.” Xander scrunches up his nose in delight as he burps the baby. Sarah marvels that he’s been there, whatever she needed, especially that horrible night she was born. Xander’s a dad; it feels like it anyway. Sarah kisses his cheek.

Ben, in jail, awakens from a nightmare about the death he discovered in his home one year ago. He apologizes to his cellmate – he just can’t get it out of his head and can’t believe she’s really gone. Ben lives the nightmare every single day, not just when he sleeps, and the worst part is she was strangled with her own damn scarf. He flashes to Ciara arriving home as he pulled the scarf away from Jordan’s dead body and cried. 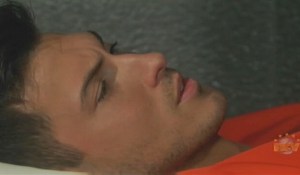 Ben reflects how it must have looked to Ciara and recalls telling his girlfriend he found Jordan strangled – he couldn’t do this to his sister. Ciara believed him and held him as he cried. Ben tells his cellmate he was the cops’ only suspect and recalls Ciara convincing him to call the police that day. Now he’s locked up in there and totally innocent. In the top bunk, Will replies, “That’s what they all say.”

At the hospital, Jack watches as JJ tearfully reunites with his mom. JJ talks about the many bargains he made with God in hopes of this day. Abigail soon arrives and embraces Jennifer as well. She explains she’s been in Salem for a few months and Jenn asks about her kids, who are getting big. 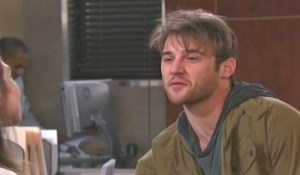 In the waiting area, Abigail invites JJ over to see the kids then looks concerned after he begs off. In Jenn’s room, she recalls going to the bistro after their wedding and he tells her she fell from the balcony. Jenn thinks somebody pushed her. Jack assures Jennifer they got her – that monster is in prison where she belongs. By the hub, Kayla tells someone by phone that Jennifer woke up; they’ll celebrate over dinner. “I love you too,” she signs off. In the chapel, JJ wishes Haley could come back to him too and looks at her memorial plaque.

At Basic Black, Nicole flashes to Eric questioning her about Sarah’s pregnancy after he found out. Eric arrives and they kiss. 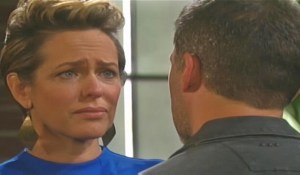 He reveals he was at the Kiriakis mansion and saw Sarah’s adorable baby – he can’t believe she’s Xander’s. Nicole recalls Xander showing her the fake paternity test and telling her to keep her pretty mouth shut. Nicole blurts, “Oh Eric, I feel so guilty.” He asks why, and she says she can’t give him a child of his own. Eric tells her no more guilt; she’s the love of his life and they’ve the perfect family with Holly.

At the DiMera mansion, Chad hugs Abigail, who says her mother’s really back. It’s a sign of nothing but good times ahead. Chad looks thoughtful. 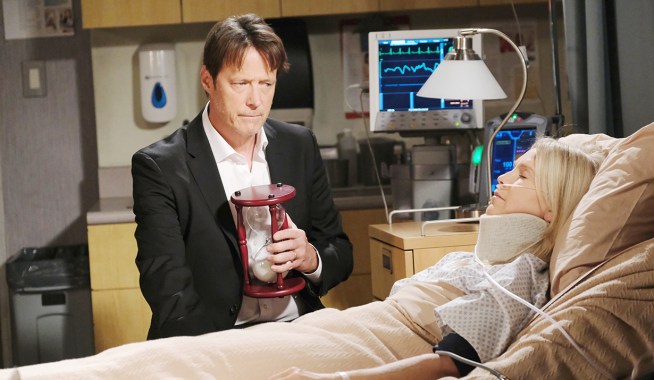 Will Killed Sonny’s Mother Adrienne After She Remarried Justin 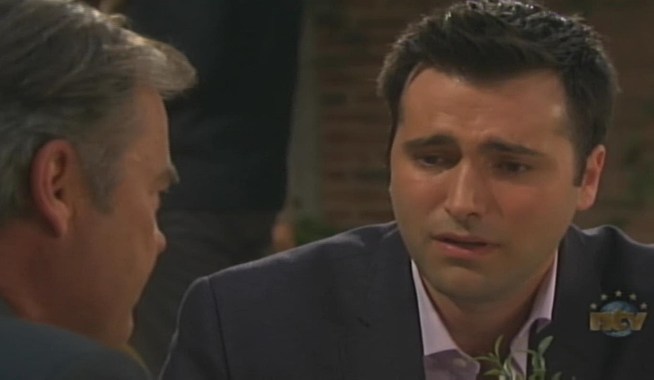