Jennifer Lapses Into a Coma After Surgery

Wednesday November 6, 2019: On Days of our Lives today, Jennifer is taken to the hospital and undergoes surgery, Princess Gina is shaken by what happened with Jennifer but assures Rolf she'll keep Hope's cousin quiet, and Abe cares for a sobbing Lani. 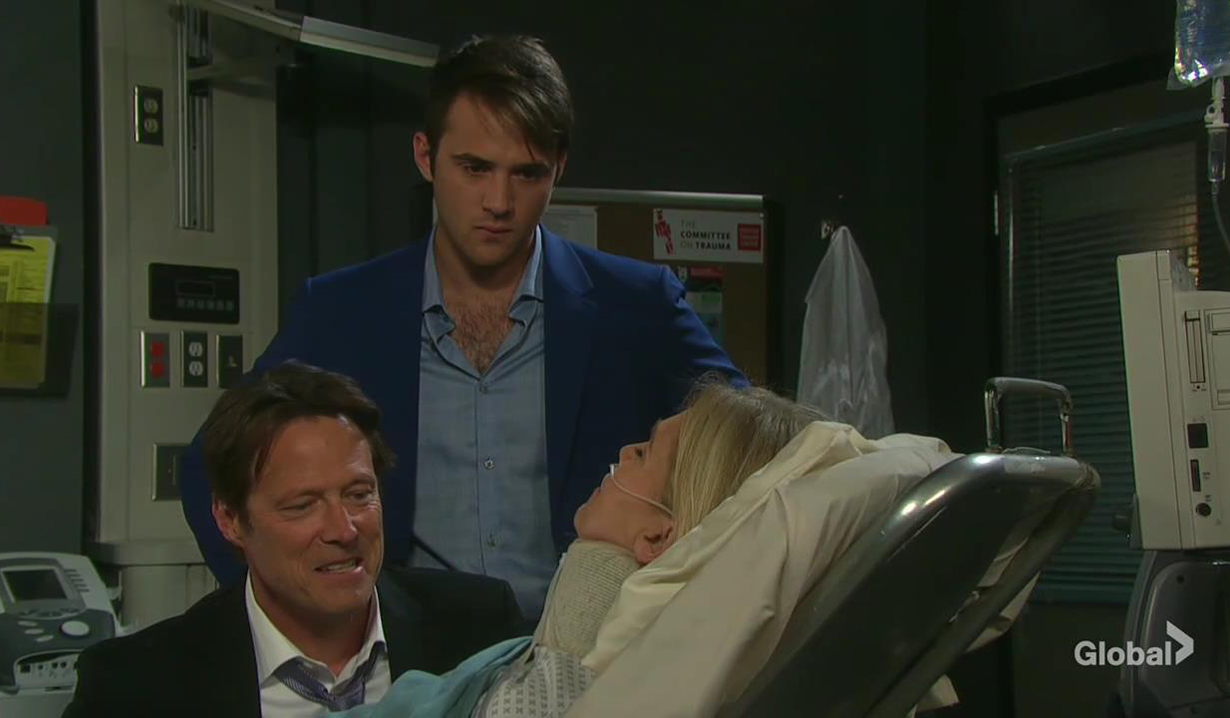 From The Bistro, after Jennifer learns that Hope is now Princess Gina, Gina shoves her over the balcony and screaming, Jenn lands in front of JJ and Jack. JJ and Haley check her vitals while Jack calls 911. 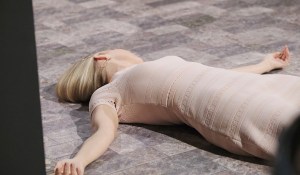 Jack begs his wife to hang on. Rafe appears and Jack urges him to find out why Jennifer fell from The Bistro’s balcony. Jack lies on the ground holding Jennifer’s hand, crying, while Rafe encounters Princess Gina after she slips the flash drive into her bag. “Hope” tells him that she heard Jennifer scream as she came off the elevator. She has to go to her. Rafe asks if anyone was there and “Hope” says no. She nervously lies that she had no idea what happened. “It’s a freak accident.” Rafe tells her, “This isn’t like you, Detective.” Gina goes as Rafe starts photographing evidence.

More: Days column on how dumb characters can be

Kayla checks in on Julie at the hospital who rants about not knowing why Lani called off the wedding. Kayla tries to calm her but Julie begs her to get answers. Jennifer isn’t answering her cell phone.

At Eli’s loft, Eli paces and gripes, wondering why Lani left him at the altar. He assumes something else is going on and won’t stop until he figures it out. Gabi asks him to face the truth – Lani’s not good enough for him. Eli’s puzzled. He asks if this is about her blaming Lani for Stefan’s death. Gabi lies that she’s forgiven Lani. Eli doubts Gabs since she’s trashing Lani. Gabi calls him on twisting her words and he apologizes. He’s crushed about Lani. Eli ignores Julie’s call but listens to her anxious message.

More: T-Boz back to Days as Sheila

Abe arrives at Lani’s room at Salem Inn to ask Lani why she didn’t express second thoughts about marrying Eli. Lani flashes to Gabi’s threats. She accepts her dad’s support but has no answers for him. She says Eli’s been wonderful. Abe suggests she call and make it work. She sobs that she can’t. She has no choice. Abe’s baffled. He caresses his daughter’s hair as she worries she’s disappointed him. He denies she has.

Back at the hospital, Jennifer’s examined by Haley and Kayla. 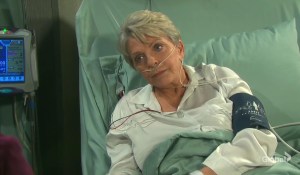 Her blood pressure drops and Kayla says Jenn needs surgery since she’s hemorrhaging. JJ says she also has a broken femur. They’ve concerns about her spine. Jenn wakes up. She has something to tell Jack but can’t get it out. JJ and Jack tell her she’ll be fine and they profess their love before Jenn passes out. Once Jenn is in surgery, Haley gives a devastated JJ support. In Julie’s room, Eli appears and updates his grandma about the non-wedding. Julie never thought Lani would hurt him. She is rooting for him and asks him not to give up. He goes and she cries to God. In the waiting room, JJ gives Jack Jennifer’s wedding ring. Rafe arrives and learns Jenn’s in surgery. He’s waiting on the security footage of the terrace but says there’s no other evidence of foul play. He saw a laptop nearby that had been used. Jack asks if there was a flash drive. Rafe denies that but he did see Hope there.

Princess Gina arrives at the loft and emotionally tells Rolf 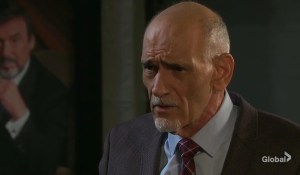 she has the flash drive but Jennifer cracked the code and knows that Rolf turned Hope into her. Rolf says it’s a catastrophe. His plans will be ruined. Gina says she won’t tell anyone because before she could, “She took a fall.” Gina’s beside herself as is Rolf. She explains that a detective showed up who was married to Hope. Rolf gets her up to speed on who Rafe is. She needs to go to Jennifer now. Rolf asks why she returned to the loft first. Gina couldn’t risk anyone finding the flash drive on her. She’ll go to the hospital and “keep her quiet.”

Lani returns to the square and takes off her engagement ring while she flashes to the wedding. Gabi appears. “Returning to the scene of the crime?” Lani asks if she’s happy. Gabi’s happy and talks about being alone forever, “Because my husband is dead.” Lani can’t tell Eli the truth but she can do something else. She punches Gabi in the gut. Gabi goes down and when she comes up, tells Lani she’ll regret that.

Princess Gina arrives at the hospital and learns Jennifer’s okay. She asks if Jenn said anything before surgery. Jack says she tried. Hours later, Kayla arrives. Jenn pulled through surgery but it didn’t go well. She’s in a coma.

Ben worries about having to kill Jordan.