Tuesday November 5, 2019: On Days of our Lives today, since The Bistro is already paid for, Jack and Justin decide to use it for a reception, Rolf learns that Jennifer's got his flash drive and is trying to decrypt it, and Gina does something drastic to keep her secret. 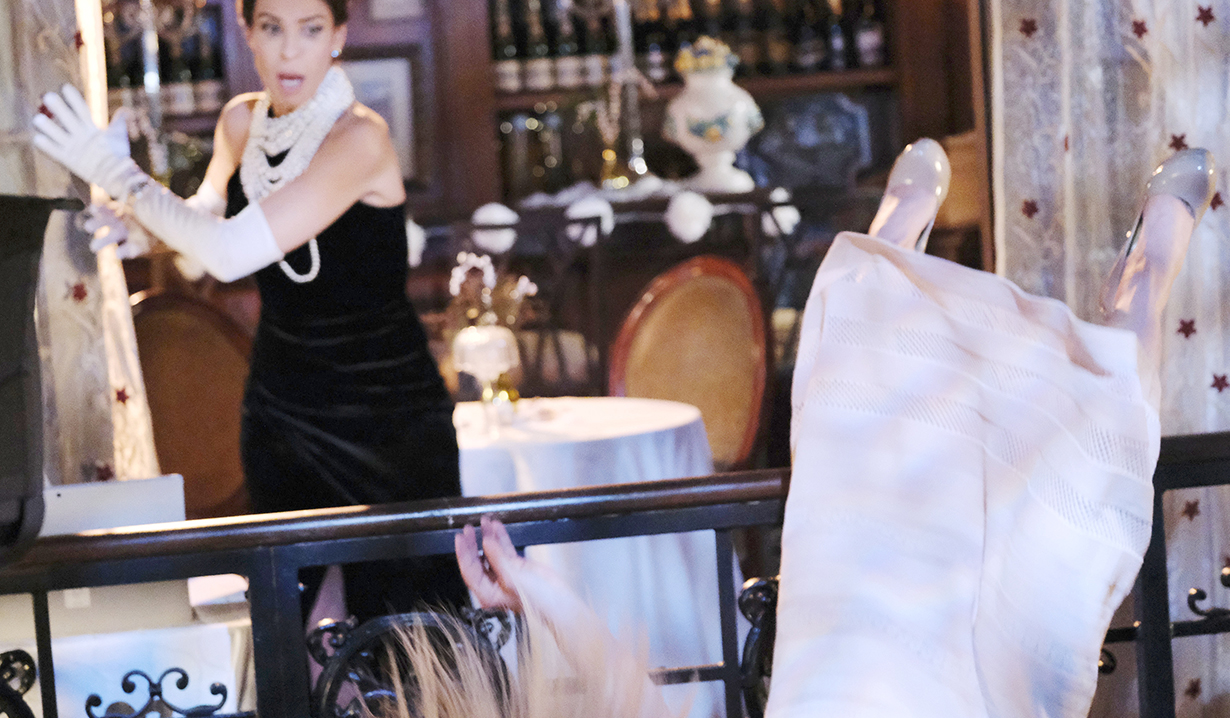 Eve gets drunk at the Pub and Roman stops serving her when she complains that nobody invited her to the party at the square. She rants about Jack and Jennifer reuniting 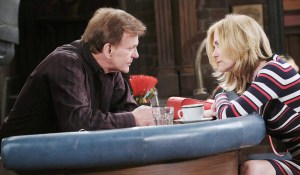 and then tells Roman she doesn’t like this bar and isn’t coming back. “Promise?” Roman asks. Eve points at Roman and says Jennifer should have been the one to fall down that elevator shaft, not Jack. Eve says Jenn ruined her life. Roman says Eve doesn’t need help to do that. Eve blathers about Jenn stealing her man. Roman is surprised – this is still about Frankie? Eve says no and assumes Roman’s taking Jennifer’s side. Roman says she’s smart and beautiful. She should stop pining over Jack and move on. Eve refuses to be ignored and stumbles out. Roman leaves Jenn a message to warn her that Eve’s on her way.

At the hospital, Haley asks if JJ’s nervous about going to Eli and Lani’s reception since he used to date Lani. He’s not and quite happy with the woman he’s going with. They kiss.

At the square, Jack worries that the longer Eli and Lani go missing, the more he’s concerned they won’t work it out. Jennifer is glad he’s human again. Will appears with Rolf’s flash drive. The IT woman decrypted it but didn’t look at the files. Marlena apologizes to the wedding guests and says there won’t be a wedding here today. She has no answers for them but Abe and Tamara are with Lani and have assured her that Lani won’t change her mind. Jack says there could be one as he looks at Jenn. Marlena says Abe wants the guests to have fun at the reception. Jack and Justin speak out about wanting to marry today. Adrienne and Jack play Rock, Paper, Scissors over who should be the one to marry and Maggie interjects and suggests a double wedding. They call themselves the Four Musketeers and cheer while they agree to it. Sonny agrees to be 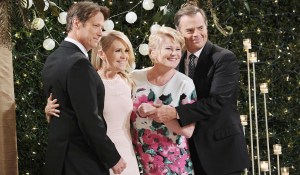 Justin’s best man and when JJ arrives, he agrees to be Jack’s best man. The brides walk each other down the aisle and Marlena starts the ceremony. When she asks if someone knows any reason why they shouldn’t marry to speak now, Eve stumbles in. She says Justin and Adrienne can do whatever they want but not Jack and Jenn. “I’m pregnant with your baby,” she tells Jack. The guests look embarrassed for Eve and worried. JJ tries to wrestle Eve out, telling her, “You’re too old.” Jennifer believes she’s lying but even if it’s true, nothing she can say will keep her and Jack apart. Eve tells him to marry “this smug bitch,” and admits she’s not pregnant. Jenn tries to reach out and Eve mutters that she’s humiliated herself. She yells at them to marry and tells them they all make her sick. Maggie runs after her and Jack and Jennifer become husband and wife as Justin and Adrienne marry. The respective couples kiss and the guests cheer. JJ gives his phone to Jennifer. Abigail’s calling. Jenn and Jack excitedly talk to their daughter as they tear up, happy to remarry.

Dr. Rolf’s surprised to see Princess Gina return to her loft. He’s surprised she’s back so soon.  She’s famished.  While Rolf worries, she assures him she played the part of Hope brilliantly. She eats pastry while telling him about Jennifer trying to decrypt his flash drive. Gina learns that Rolf brought her back through Hope’s body. She asks if there’s a way Hope can regain control. Rolf says, “For all intents and purposes the woman is gone.” Gina wants a coronation but worries Jennifer will pose a threat. She decides to deal with it immediately and takes off.

Maggie follows Eve to her room and wants to help. Eve slams the door in the older woman’s face and ambles in and lays on her bed sobbing at how unfair it is.

Jennifer heads into The Bistro alone. She flashes to dancing with Jack then pops the flash drive into a laptop and gasps. “What?” Gina walks in. Jenn shows her the files. “He wants to turn you into Princess Gina again,” Jenn says, worriedly. Gina says it’s too late. “I am Princess Gina,” she says, tossing Jennifer over the balcony, into the square.

Marlena goes to get Roman at the pub since he’s due at the reception soon. She fills him in on the change of plans, how Lani called off the wedding and Justin and Adrienne and Jennifer and Jack married. Roman asks if Eve turned up. Marlena explains how she announced her pregnancy.

At home, Maggie lets Justin know that Eve’s in her room. Adrienne appears in a new gold dress. Maggie’s astounded with her beauty, as is Justin. They kiss and head to the reception.

Back at the square, Jack tells JJ about the first time he told JJ’s mom he loved her. 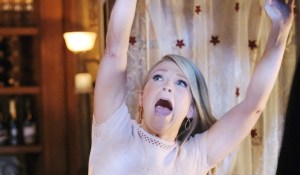 He’s got a gold band for Jenn that he plans to put it on her. It’ll stay there until the day he dies. Jack and JJ look up just as Jennifer falls over the balcony, screaming. 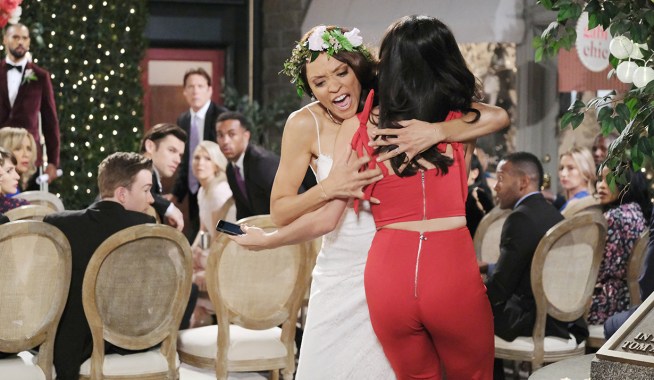 Lani Dumps Eli at the Altar on Their Wedding Day

Jennifer Lapses Into a Coma After Surgery 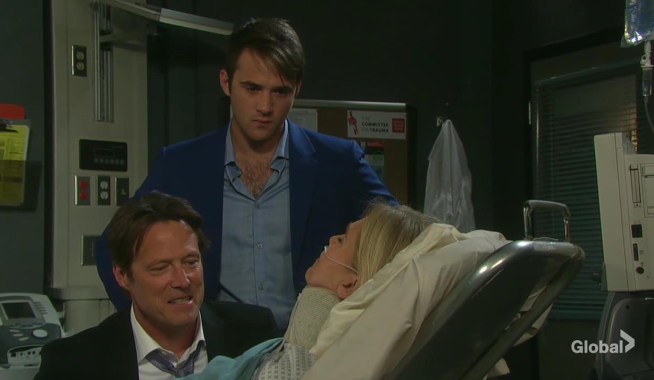