Friday October 25, 2019: On Days of our Lives today, Arianna tattles on Jordan, Princess Gina comes out, and Ciara gets sick, while Gabi tells Lani to dump Eli or she'll give Julie a heart attack. 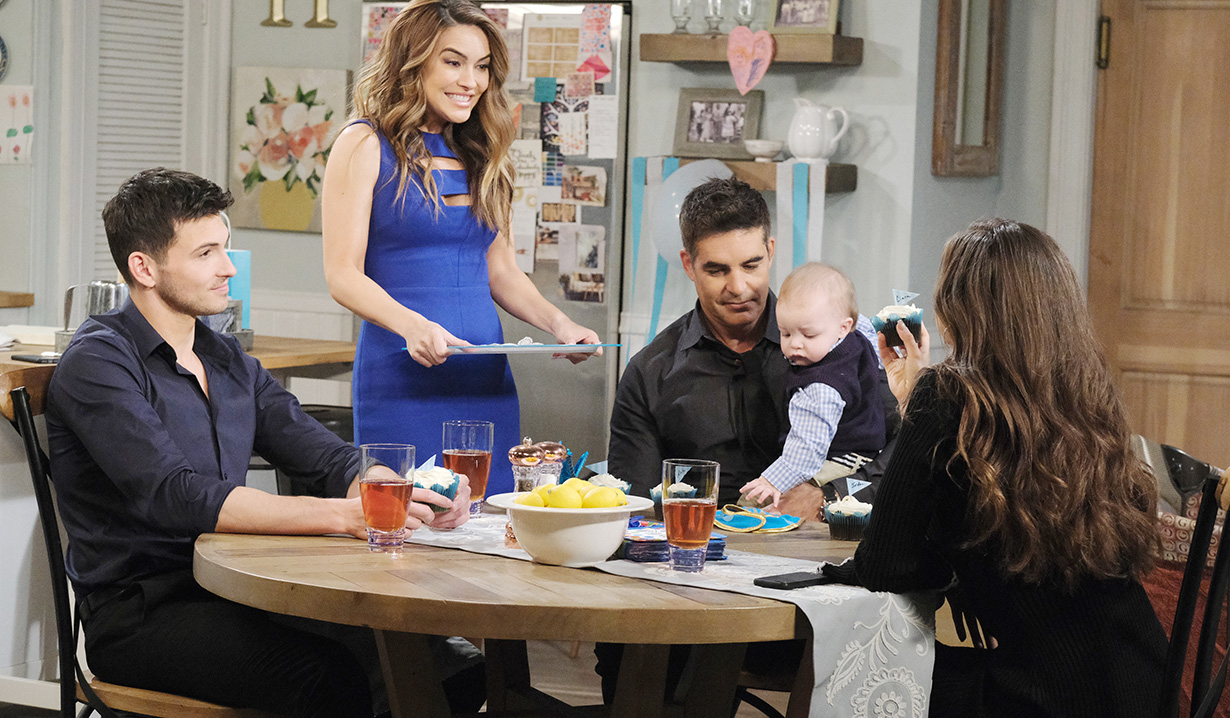 At the square, Will bitches that the doctor canceled Ari’s doctor’s appointment. Ari doesn’t want to go back to David’s party because his mommy yelled at her and said she 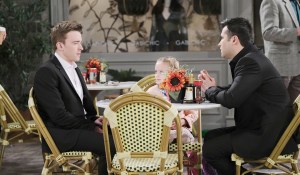 gave David the wrong cupcake. Ari’s dads say she was probably nervous and might have had a different cupcake for David since he’s a baby. Once alone, the men discuss how weird Jordan’s behavior was, especially since she just got out of Bayview. Rolf interrupts. He thought Will would want to thank him for bringing him back to life. Will snaps that he also helped Susan keep him from his family.

At Rafe’s, Jordan doles out the cupcakes, making a special point to give Ciara hers. Ciara admires the work involved in decorating it and says she almost doesn’t want to eat it. Jordan flashes to poisoning her cupcake. Everyone stares at the cupcakes and talks about the past cupcakes they’ve eaten and finally they 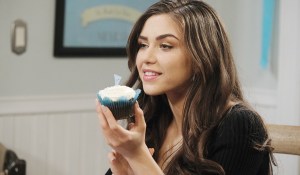 all dig in. Ciara immediately feels sick. She heads home as Jordan grins at a job well done. Jordan gets Ben’s coat and slips the vial of poison in his pocket before giving it to him. Ben and Ciara leave and Rafe starts to feel sick. He collapses on the floor.

More: Chad & Abby in Paris has Abby angry with Chad

At Princess Gina’s loft, Dr. Rolf’s excited that everything is almost ready.

In Julie’s hospital room, Hope watches TV and looks bored as Julie and Doug discuss how good she feels. Eli arrives. Julie asks him to marry Lani next week though she won’t be able to go. Hope paws through her purse and finds a lipstick to put on while Julie asks Eli all about his wedding plans. Doug asks Hope if she thinks Julie looks good. Princess Gina answers, pretending to be Hope, “Sure. If you think so.” In her head, her British accent comes out. “But not better than I,” she thinks, looking in her silver compact. Doug’s floored and questions her. Gina says she was joking. Julie asks Hope to take her father home. She does. Outside, Lani thanks Gabi again for making Julie’s surgery possible. Gabi tells Lani to dump El. Lani knows Gabi’s grieving and thinks Gabs just needs a nap since she’s making no sense. Gabi says she owes her. They rehash the shooting and Lani admits she’s losing sleep over it but she won’t dump Eli. Gabi holds all the cards. Back in Julie’s room, Eli says he wants what Julie and Doug have in their marriage. Julie asks him to convince Gabi, her “guardian angel” to visit. “I owe her my life.” Outside, Gabi says if she doesn’t give up Eli, Julie will die. Gabi explains that DiMera owns Visionary Bionics and she had Julie’s pacemaker booby-trapped so that she can use her cell phone in order to destroy the heart if she wants. Lani scoffs. It sounds made up. Gabi reminds her that Vision Bionics made Steve Johnson’s eye. Lani realizes it’s real. Gabi says she can control Julie’s heart rate or do nothing. It’s up to Lani. Lani won’t do this so Gabi goes to Julie’s room, cell in hand. Lani follows and they look through the window as Gabi hits a button and Julie goes into distress. “Believe me now?” asks Gabi. Lani looks on miserably.

Princess Gina turns up at the square and snaps at Dr. Rolf for convincing Xander to give him access to a lab at Titan. Will and Sonny don’t like the sound of that. Rolf tells her, “That’s a lovely shade of lipstick you have on,” which seems to startle Hope. Rolf goes and Hope tells them how well Julie’s doing. Will says it’s like an answer from God which makes Princess Gina flash to Hope praying to God for Julie to get Stefan’s heart and Rolf saying that it appears he has answered her prayers. Hope clutches her neck and says goodbye. Will smirks and shakes his head at her behavior. Sonny goes while Arianna tells Will she switched the cupcakes so the girls got more frosting. She asks him not to tell David’s mommy. 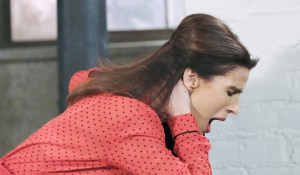 She’s not sure why she’s there and needs to talk to Marlena to see why she’s having these impulses. Suddenly, Hope clutches her neck and collapses.

At the park, Rolf tells his watch to activate satellite and then realizes he doesn’t need to do that. The final transformation is about to begin since it’s automated.

At home, Ciara’s beginning to feel better after the gingerale Ben gave her.

Princess Gina wakes up in her loft. Rolf settles her into a chair and gives her a crown. Her British accent comes out and she finds it exquisite. She puts it on happily. “Welcome back from exile, your royal highness,” Rolf says. She tells him to simply call her Princess Gina.

Gabi proves something to Lani. 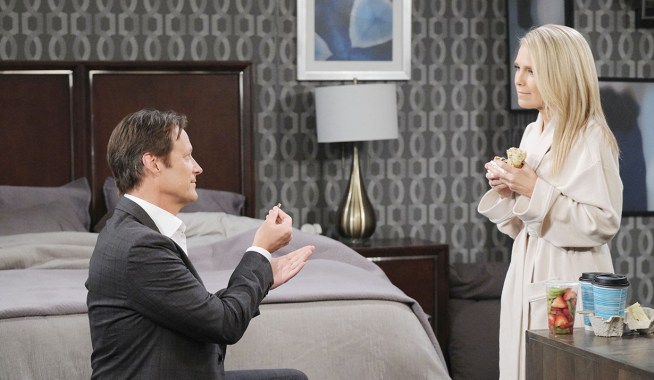 Jack Asks Jennifer, Marry Me, Telling Her His Divorce Went Through 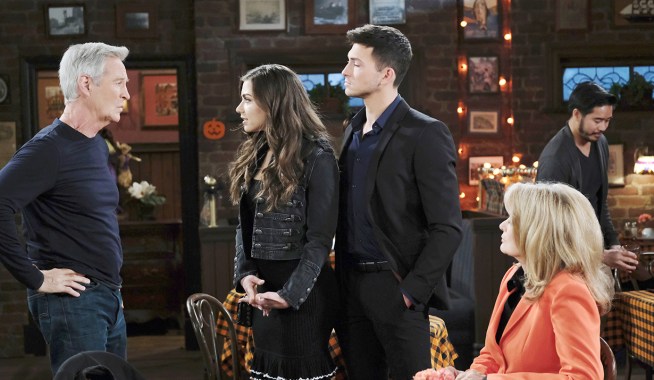