Friday October 4, 2019: On Days of our Lives today, Doug takes Julie for a quiet evening together, Stefan tells his mother to run, Lani is shaken up by the shooting, and Jack apologizes to Eve. 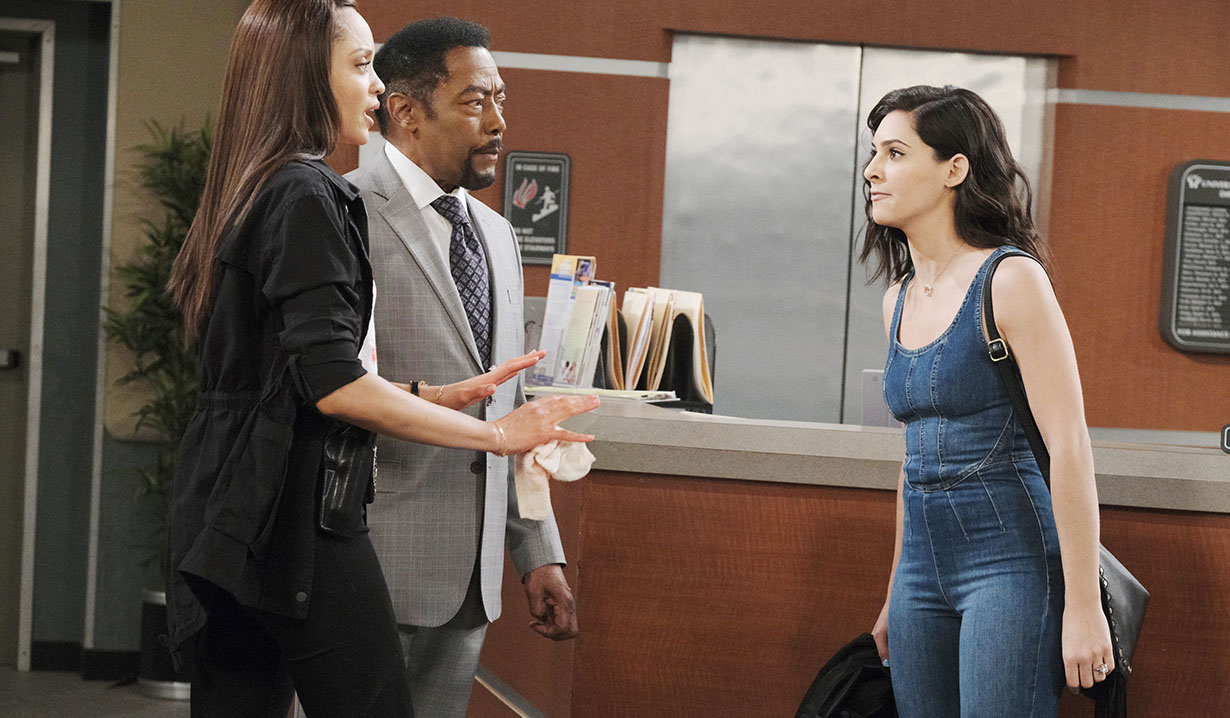 At the hospital, Jennifer tells Hope that since Julie’s in a lot of pain, she went to a marijuana dispensary and bought some weed and used them in Alice’s donut recipe for Julie. Hope hugs her cousin. Meanwhile, Eli and Abe can’t find Julie in her room. Kayla appears and hasn’t seen her or Doug. She goes to find them while Jennifer and Hope join in on the hunt.

Doug wheels Julie into Doug’s Place. She wants to breathe her last breath there. She just wants one last night with her love. They reminisce about the past with him pretending to fall for her and eventually seriously falling for her. Julie tries to put on makeup so Doug asks if he can help. He reminds her he used to do his own when he was a clown. They flashback and Doug texts Hope to let her know where they are. He tells Julie he loves that she’s never taken herself too seriously. They flashback some more to their comedy and Julie bucking on a bull, their wedding and first kiss. Doug wheels her around as if they’re dancing and she begins to fade as she smiles. Julie seems to pass out.

After Stefan’s shot in the neck at the park, jumping in front of a bullet 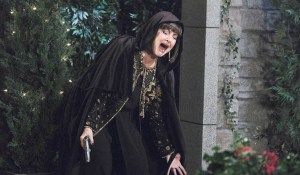 meant for Vivian, Vivian screams, horrified. Lani yells at Vivian to drop her weapon. Vivian throws it and screams that Lani shot her son, while blood gushes from Stefan’s neck and mouth. Vivian asks why he did this. “To save you,” he croaks. He tells her to take his gun and run while Lani calls 911 and puts pressure on the wound. Vivian tells her son she loves him and is leaving. Lani says she can’t leave – she’s arrested. Vivian takes off.

Gabi wakes up to Stefan stroking her hair at home. He tells her his mother is long gone. She’s glad they can now live their life together. Stefan says, “Not exactly.” Gabi notices blood on his neck and panics. Stefan disappears and Gabi wakes up alone. Vivian rushes into her room and urges her to dress and get to the hospital. Stefan’s been shot. Gabi blames Vivian and when she learns Vivi’s not going with her, because she’ll be arrested, Gabi calls her a selfish bitch. She regrets helping her leave. Gabi goes and Vivian’s not sure how she can leave without knowing he’s okay. She takes a call from the pilot. She barks to hold the plane and then sobs uncontrollably. She opens Stefan’s briefcase and finds her scrubs inside.

Eve tries to throw Jack out of her room at Salem Inn, telling him his 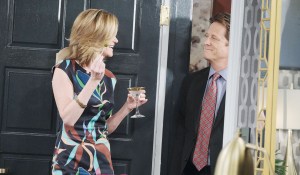 apology isn’t accepted. He asks for a minute and again apologizes for accusing her of trashing the hospital lab. He shares details about how Dr. Shah kidnapped and almost killed Jenn. She asks if he’s sorry he used her. Jack calls it mutual. They’ve always been good at this, starting 30 years ago. He starts talking about the past and Eve realizes he’s got his memory back. Eve’s shocked and he tells her it was caused by his love for Jennifer. Eve gets snippy and reminds him they’re married. She could draw out their divorce. Jack asks her not to go there. He leaves and Eve thinks about Paige and doesn’t think there’s anything there for her anymore.

Back at the hospital, Hope receives Doug’s text while Lani arrives with the paramedics who tell Kayla that Stefan has a GSW to the neck, through the corotid artery. 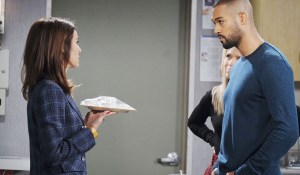 They take him into a trauma room where he becomes systolic. They get the paddles ready. In Julie’s room, Abe asks for one of Jenn’s donuts. Hope shoots Jenn a look and Jenn says she’ll make him a new batch. Once he’s gone, Hope decides they should eat them. Abe finds Lani bloody in the waiting room. She fills him in on the shooting and cries that he came out of nowhere and she shot him. Gabi walks in and if looks could kill…Abe steps in. It was an accident. Gabi reminds him of how he felt when Theo was shot. She’ll deal with Lani later. She runs off as Lani cries, “What if he dies?” 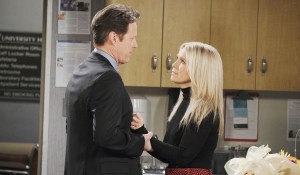 Gabi appears at the door as Kayla uses the paddles on Stefan. They get a sinus rhythm but Vivian appears at the door in scrubs as Gabi is told that they worked on Stefan for 20 minutes but he’s brain dead. Back in Julie’s room, Jack arrives and tells Jenn that he apologized to Eve and asked her to let go of her revenge.

Hope and Eli arrive at Doug’s Place and find Doug crying. She needs to get Julie back to the hospital but he says it’s too late. They cry together.

Eve finds Vivian beside herself with grief. 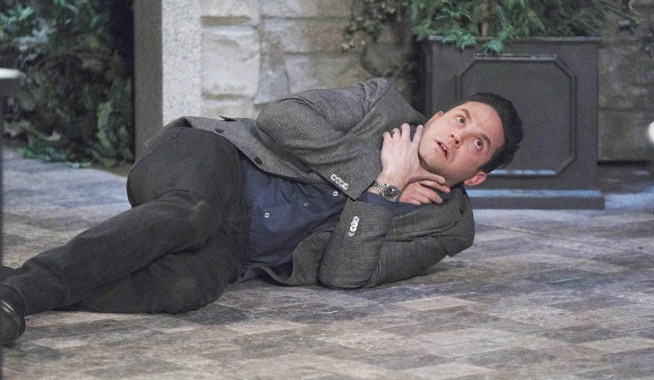 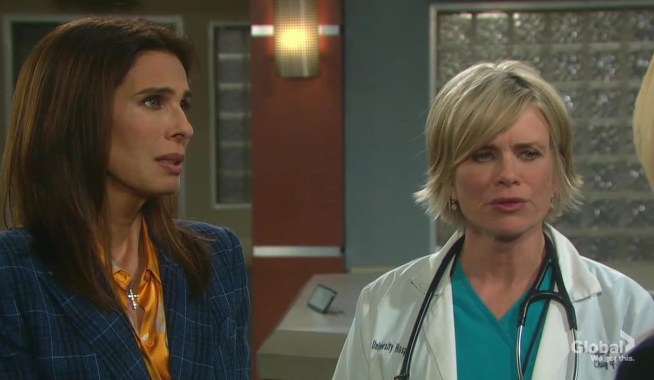