Monday October 7, 2019: On Days of our Lives today, Eve finds Vivian in a bad place over Stefan's death, Gabi throws Kayla out of the trauma room, and Kayla has a solution to Julie's dilemma. 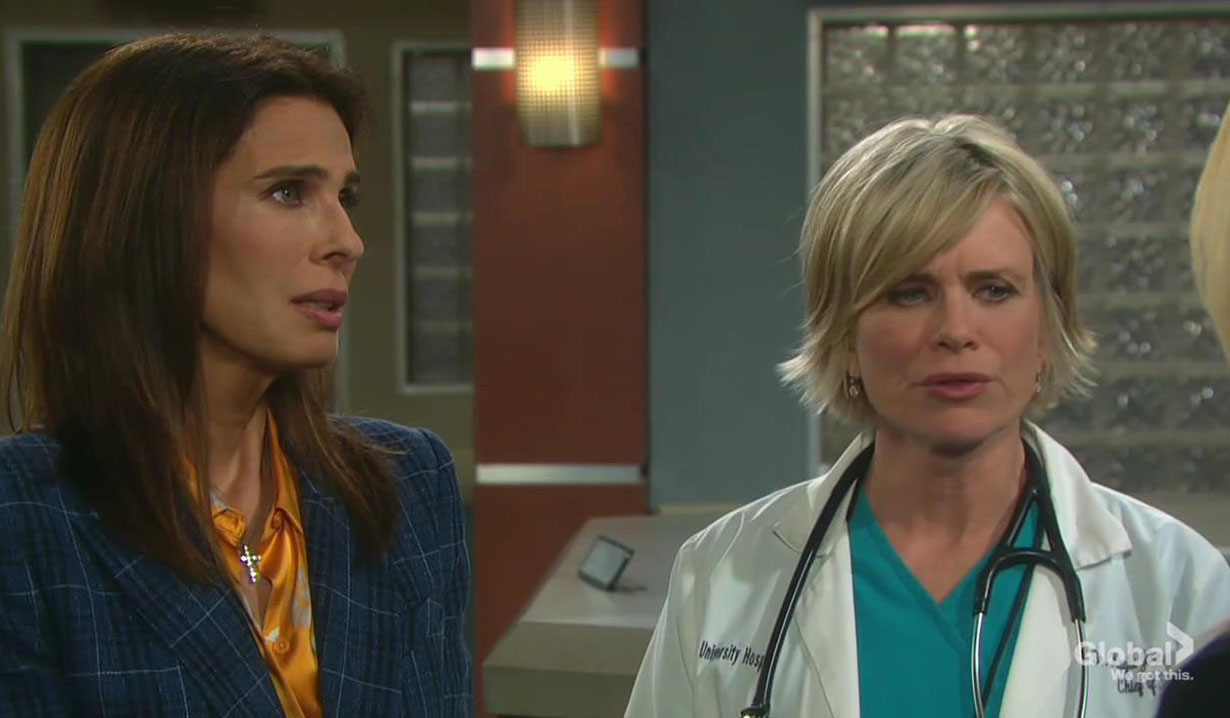 Eve packs her belongings at the Salem Inn and says she’s glad it’s over. She leaves.

At the hospital, Jenn worries about Julie. She makes a few calls while Jack leaves the room. Nobody picks up. Jack returns with a Jade plant which makes Jenn smile and cry. He can see that Jennifer is trying to stay strong. They embrace. Outside, Lani is a mess. JJ asks if she’s 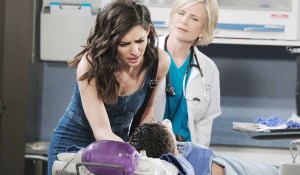 upset over Julie and she tells JJ all about shooting Stefan. He tries to remind her it’s not her fault but she has trouble believing it. Meanwhile, in a trauma room, Kayla tells Gabi that Stefan’s brain was deprived of oxygen for too long – he’s brain dead. Gabi goes into denial while nearby, Vivian, disguised in scrubs, looks devastated. Vivian goes and Gabi reminds Kayla that Kate came out of her coma. Kayla says this isn’t the same thing. Stefan won’t come back. Gabi wants a second opinion and throws Kayla out. Gabi sobs that it should be Vivian there, not Stefan. 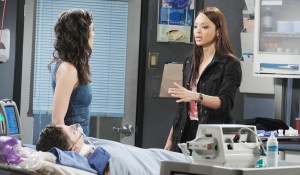 They had plans. Kayla finds JJ and Lani and explains that Stefan’s brain dead. Lani runs off and Jenn and Jack appear. They heard that Julie’s at Doug’s Place with Doug and she’s unconscious. Kayla goes to the ER to wait for them. Lani arrives and Gabi barks at her. Lani is sorry – it was an accident. Gabi cries. She is sure Stefan will live but promises Lani’s going down. Lani tries to explain but Gabi’s not ready to hear her. She can see Lani’s only there for forgiveness which she’ll never get. She gives Lani the boot. It doesn’t take so she starts yelling until Eli appears and drags Lani out.

At Doug’s Place, Doug tells Hope and Eli that Julie is ‘gone’. 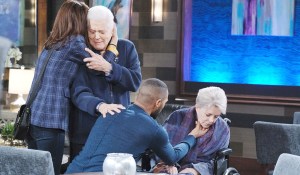 Vivian arrives at the park and takes down the crime tape and flashes back, trying to make sense of it. Eve finds her sobbing and Vivian fills her in on the shooting. Eve clutches her stomach and calls to God. She’s sorry. Vivian has already lost so many years. Now she’s lost him forever. Eve can identify. Vivian redirects things to her own pain and says she’s going to take the private jet out of Salem as Stefan instructed. Eve offers to go with her but Vivian thinks she should stay and take revenge. Eve likes that idea. “Why don’t you just grow yourself a spine,” Vivian says. She suggests Eve get Jack back. Eve tries to give Vivian advice about losing a child. They embrace and Vivian takes off, giving Eve her scrubs. Eve realizes she’s not done with Jack and Jennifer.

Back at the hospital, Julie’s in bed and Doug, Jennifer, and Hope listen as Kayla says Julie slipped into a coma and it’s unlikely she’ll awaken, but Kayla’s talking 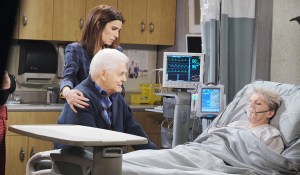 with the top cardiologist in the country. Outside, Eli comforts Lani and he fills her in on Julie’s time almost being up. Later, Kayla tells Hope, JJ, Jack and Eli that Stefan’s clinically dead and there’s a possibility that he could be Julie’s heart donor. Hope cries and decides to keep it from Doug for now until they know the donation will really happen. Eli says Gabi’s in no condition to hear that request right now. In Julie’s room, Doug asks Julie to hold his hand but she doesn’t. In the trauma room, Gabi holds Stefan as she weeps. 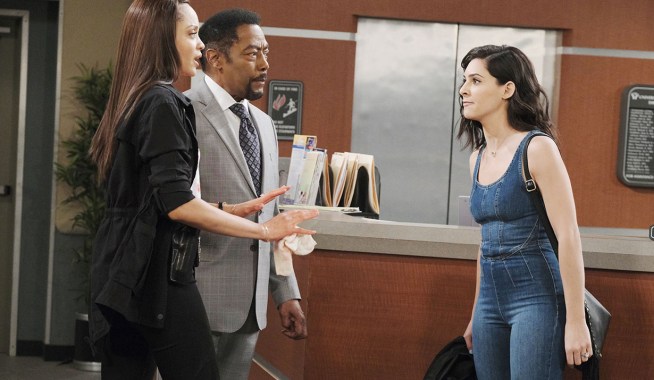 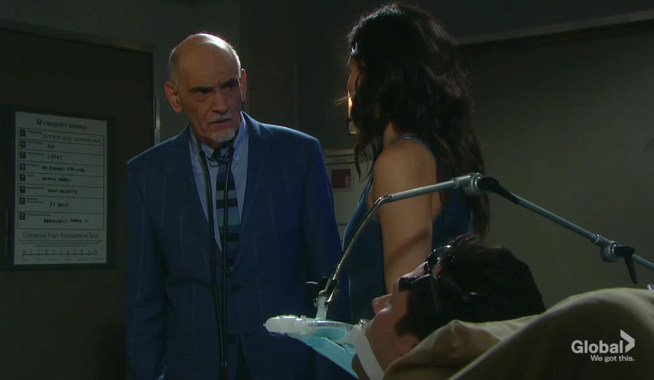