Thursday October 1, 2019: On Days of our Lives today, Rafe has a warning for his sister about Vivian, Brady is freaked out upon hearing Kristen's pregnant with his kid, Vivian hides out, and Xander gives Nicole the divorce papers. 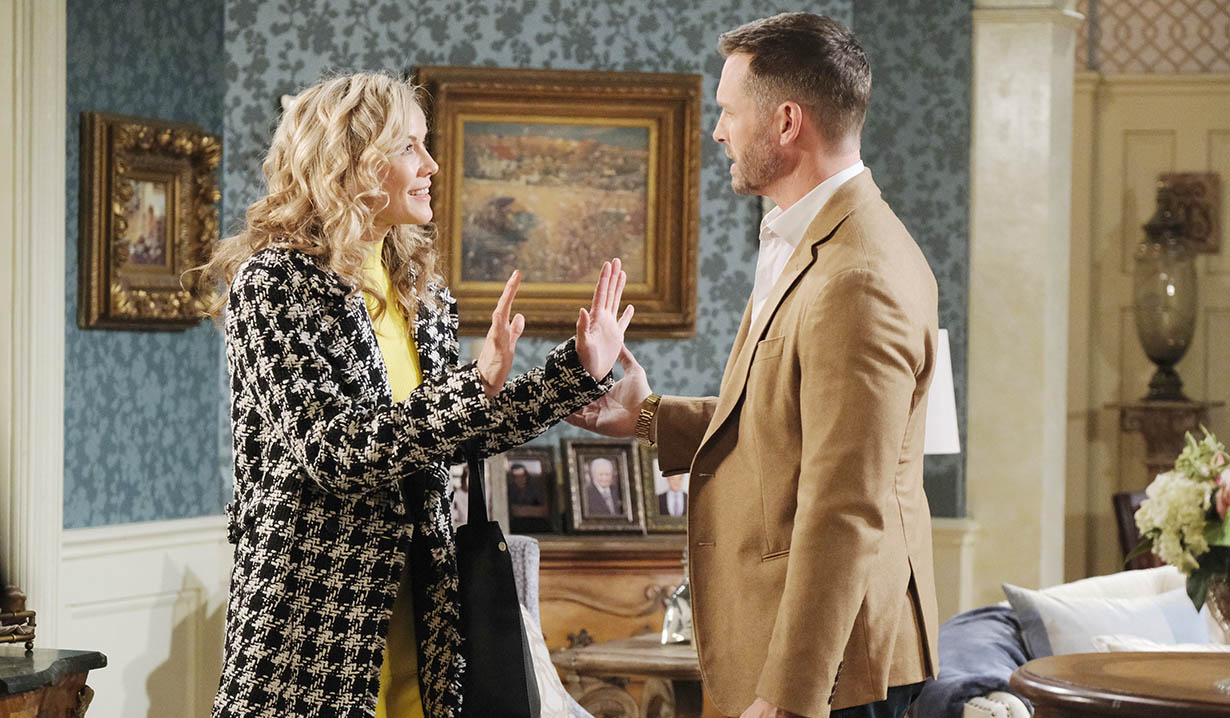 Kristen’s annoyed when Xander shows up at Salem Inn. He wants to ensure she’ll keep her mouth shut about Sarah’s pregnancy. Kristen’s surprised Sarah didn’t go through with the abortion but will keep quiet. Xander explains that he wiped Sarah’s information from the clinic’s computer and gave a hefty donation to the clinic just in case the doctor wants to complain about what went down.

At the Kiriakis mansion, Sarah flashes to deciding to keep her baby. 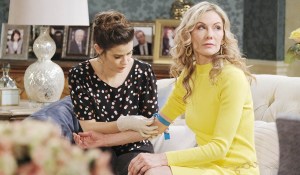 Brady asks what’s distracting her and reminds her they made a pact to help each other through their issues. She’s about to tell him when Kristen lets herself in. Brady tries to throw her out but Kristen says he can’t – she’s pregnant! Brady thinks she’s lying in desperation. Kristen swears. He wants this confirmed by a real doctor, “Not a quack like Dr. Rolf.” Kristen turns to Sarah whose eyes are wide. Sarah flashes to testing her own blood and gets her bag and tests Kristen.

At the Horton square cafe, Nicole’s excited when Eric welcomes her back to the Horton Center. She’s happy to have her life back too. Rolf walks up and they both scowl since it’s no thanks to him. He’s happy to tell them that Kate Roberts woke up from her coma. Eric’s puzzled as to why he’d care. Rolf says she was important to Stefano. He tells them his conscience is clean because he also didn’t terminate a pregnancy. They bark at him for helping Kristen make various people suffer. Nicole muses that at least Kristen’s plan failed and she’ll never be with Brady again. Rolf’s not so sure. He leaves and Xander turns up with signed divorce papers. Nicole’s thrilled.

When Kayla arrives at Kate’s hospital room, Kate begins to yell, “Help, I think my doctor’s going to try to kill me again.” Kayla looks grim. She apologizes – she truly feels terrible. Kate would rather Lucas consulted with Dr. Rolf. Kayla explains that she presented the facts and Lucas made an informed decision but she doesn’t know how Kate came back. “It defies logic.” Kate asks if there was any payback on her mind. Kayla denies that vehemently. She should direct her anger toward Vivian. Kate tells her Rafe’s close to arresting her. Kayla listens as Kate shares the story of the shooting and how she got to the hospital. Kate becomes angrier as she talks and Kayla tries to make her understand that medically, it didn’t look as though she would wake up. Kate still wants to sue for medical malpractice. She asks what’ll happen to Julie. Kayla doesn’t have great news. Kate decides not to sue Kayla and asks her to tell Julie she’s thinking of her.

More: Is it impossible to kill Kate Roberts?

Rafe searches the tunnel at the DiMera mansion but only 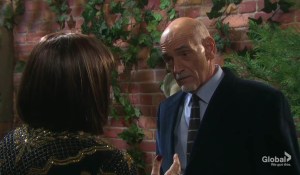 finds Vivian’s scarf. He demands to know where she is. Meanwhile, Vivian appears in the garden. She curses herself for losing her scarf and tries to go hide before someone sees her but Rolf turns up and says it’s too late for that. Vivian begs him to hide her but he’s not so sure. She reminds him they’ve always had a good rapport and he enjoyed her Bollywood movies. She brings up Kate coming out of her coma and Rolf admits that was thanks to him. Rafe calls an APB out on her and tells Stefan and Gabi he thinks they set him up. If he catches Vivian, they will both be an accessory to the crime. Back outside, Rolf tells Vivian that he gave Kate a little jolt – it was “Spontaneous Resurrection.” He did it because he knows Stefano had a soft spot for Kate. Vivian asks where Stefano is – he could help her hide. Even if Rolf could, her problem is too time-sensitive. He has an idea. 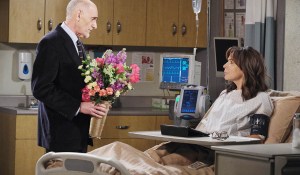 He knows Stefano would be glad to know as well. He hands her some flowers. Nicole and Eric arrive. Once alone, Nicole hears Sarah ordering a pregnancy test and jumps to conclusions.

Kristen arrives home to Vivian who asks her to hide her from the police.

Xander returns home. Brady’s flashing back to sex with “Nicole” and Xander sees the medical bag. Brady tells him offhandedly that Sarah was taking a blood test. Xander’s surprised that she told him. Brady looks confused. 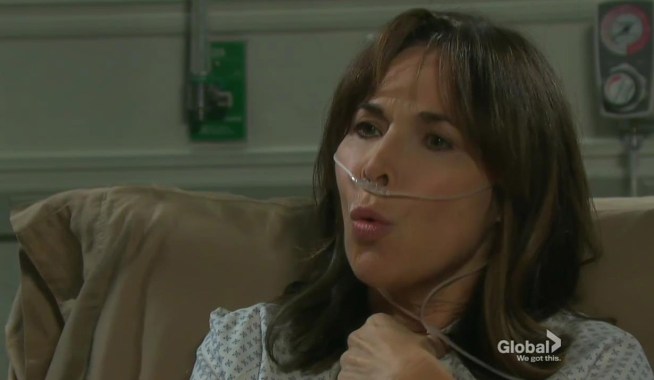 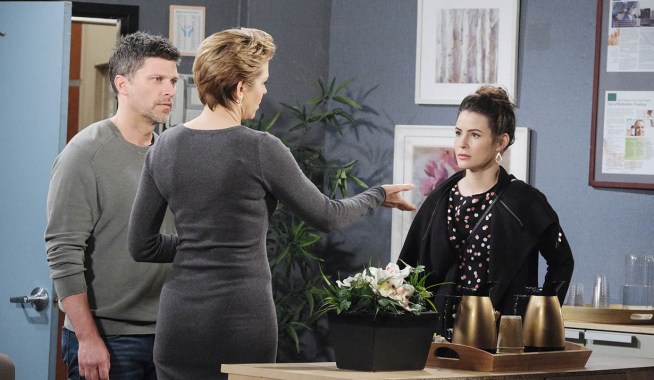