Monday September 30, 2019: On Days of our Lives today, Doug and Hope have bad news for Julie, Lucas' decision to donate Kate's heart is met with shock from his mother, and Jack reunites with JJ for the first time after his memory has returned. 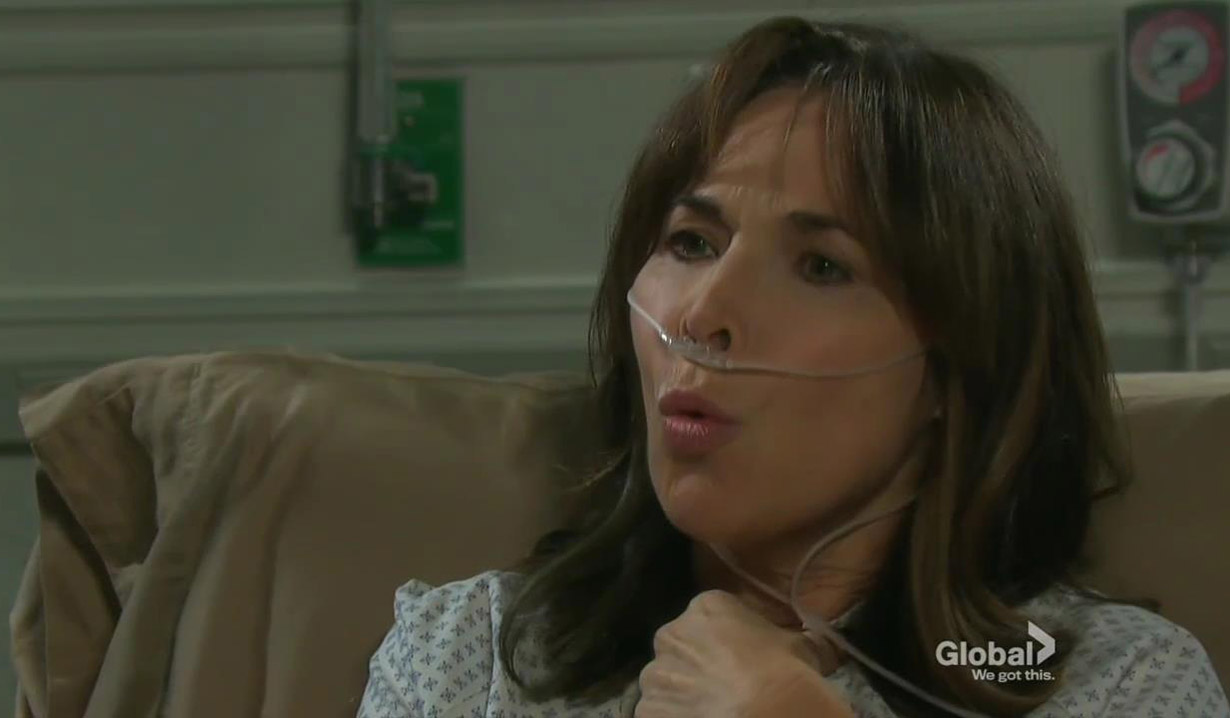 Hope and Doug await news on Julie’s heart transplant in her hospital room. They hate that their joy is coming at the expense of Kate and her family. Kayla appears and they’re shocked to hear that Kate woke up from her coma. Kayla’s sorry. Doug says not to be. In a way, 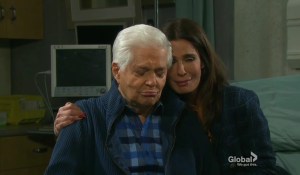 it’s good news. “It’s wonderful,” he says. Kayla will bring Julie back to her room and make her as comfortable as possible. Hope and Doug weep as they wonder how to break the news to Julie. Meanwhile, Lucas visits Kate and learns that Vivian Alamain is the one who shot her. Lucas offers to go wring her neck but Kate says Rafe’s likely arresting her now. Kate summarizes the story, stunning Lucas when she reveals she dug herself out of a grave. She says a homeless man took pity on her and walked her from the park to the hospital. Lucas knew she was a survivor but now calls her a superhero. Lucas apologizes for giving up hope on her. She’s confused. He explains that they thought Kate would never come out of her coma and since Julie needed a new heart, they were going to donate hers. “You what?” Kate yells, upset that he didn’t wait to see if she’d wake up. Lucas relays how the surgery was time-sensitive. She forgives him and asks what happens to Julie, then jokes that she’ll transfer her health proxy to Austin. Kate blames Kayla for all of this.

From the DiMera mansion, Vivian calls University Hospital and finds out 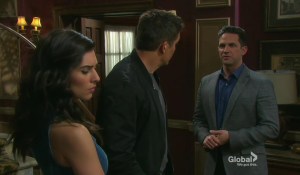 that Kate woke up. She tries to cover her anger and takes a drink from a flask. She disconnects and realizes she’s on borrowed time. In another room, Gabi thanks Stefan for defending her today. He tells her, “Of course. You’re my life.” They kiss gently. Stefan gives her a globe as a gift and tells her they’ve been married two months. She should pick a place to visit. She wants to visit Europe – where he grew up. She wants to get to know everything about him. Neither has felt this happy before. Rafe arrives and tells the couple that Kate woke up and fingered Vivian as her shooter. He’s there to arrest Vivian. Gabi directs Rafe to her room. Once he’s gone, Stefan barks at Gabi for betraying them. Upstairs, Rafe finds Vivian’s room empty. Downstairs, Gabi says she stalled him. She saw his mother skulking around downstairs. Vivian pokes her head into the foyer and thanks Gabi for hiding her. She gives the news that Kate’s awake. What will they do now? Gabi shoves her into the tunnels before Rafe returns. Since he can’t find Vivian upstairs he goes into the tunnel.

In the square, Jenn and Jack kiss for the first time after his memory has returned. Jennifer finds this surreal. Jack is horrified at the way he treated her. Jenn doesn’t care since that person is gone. JJ runs up and hugs his mother, happy she’s okay. He confirms 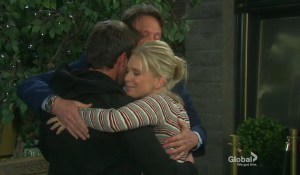 that Jack killed Dr. Shah. He asks how that came to be. Jack explains Shah was the one who called at the police station. He ordered him to come alone and couldn’t risk his mother’s life in disobeying his orders. JJ calls his dad a hero. JJ’s shocked when he finds out that his dad has his memory back. Excited, JJ wants to call Abigail but it’s in the middle of the night in Paris. JJ’s flabbergasted. Jack breaks down when he apologizes for how he treated JJ and Haley. JJ accepts. It wasn’t him. Jack will make up for all of it with love and respect.

Jennifer, Jack and JJ arrive at the hospital to update Kayla that Dr. Shah kidnapped her and Jack rescued her. Kayla’s startled. They want to see Julie so she fills 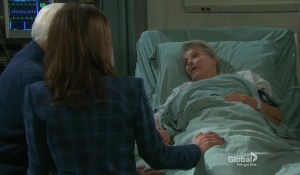 them in first on how things have taken a turn. In Julie’s room, Julie’s glad to hear Kate came out of the coma. She can tell they’re putting up a brave front but she knows Kate’s heart was the only thing that was going to save her. “My fate is sealed.” Hope and Doug remain positive. Jenn and JJ appear. Julie was so worried. Jenn calls what happened a long story but shares that Jack’s memory has returned. The family is thrilled. Outside, Kayla blames herself for Jenn’s kidnapping. How could she not know who Henry really was? Jack could say the same about him after raping her. He reveals he remembers every awful detail. Kayla reminds him they worked through all that. He goes to get fresh air. Back in Kate’s room, Kate calls Kayla a quack. She considers suing her and the hospital for medical malpractice. Later, JJ looks for Jack. Kay explains he’s having a hard time and went for a walk.

Jenn finds Jack at the park, overwhelmed. They profess their love and Jenn gives him words of advice.

Kristen lets Brady in on her news. 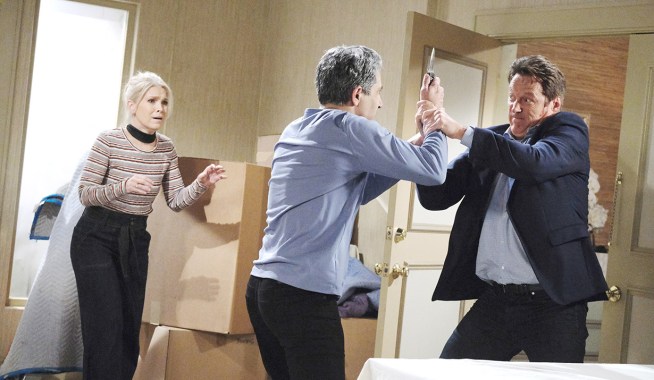 Jack Kills Dr. Shah During a Knife Struggle and Reunites With Jennifer 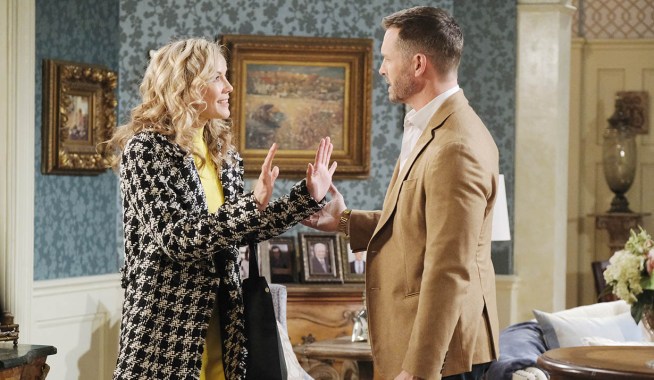