Thursday September 19, 2019: On Days of our Lives today, JJ and Jack start to panic when they can't find Jennifer, Kristen's new plan takes action, and Sarah makes a tough decision, while Jennifer's shocked at who her captor is. 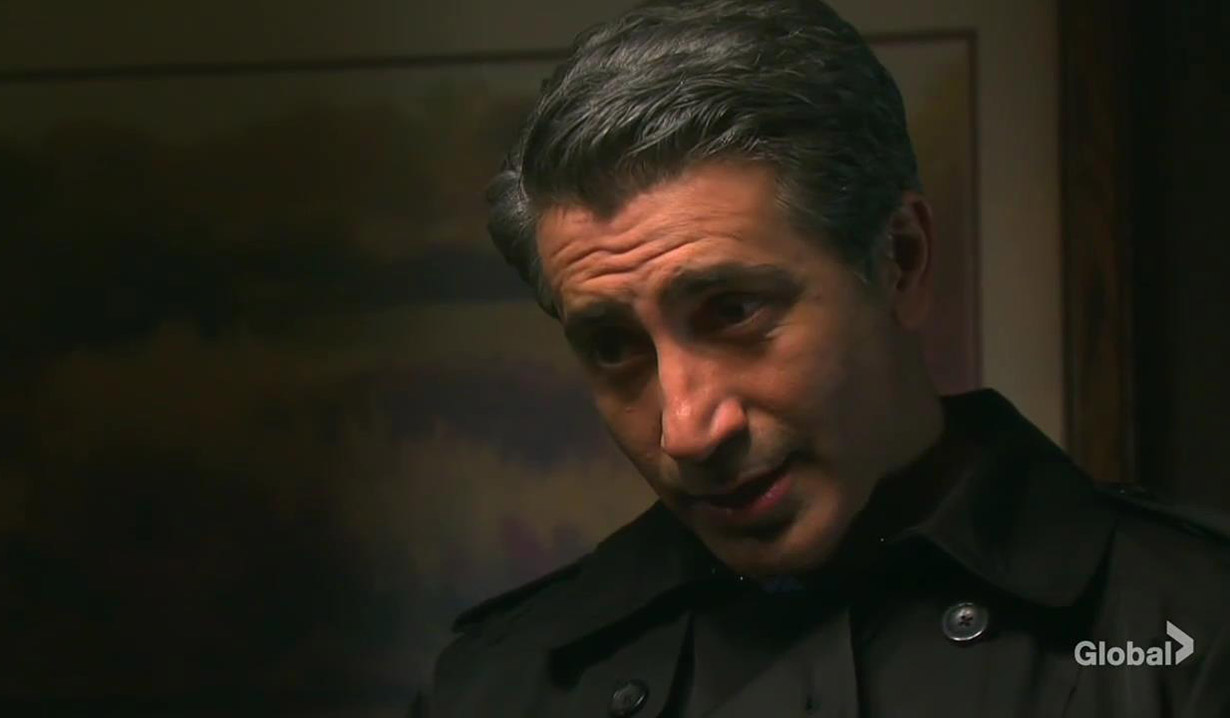 Nicole and Eric wander the square happily. Abe turns up and he and Nicole share a warm reunion. Abe’s glad she’s back – for real this time. They catch up and talk about Brandon and Kristen. Abe catches her up on working for DiMera. Nicole’s surprised and touched that he did that to look after her but sickened that Kristen duped everyone. They both need new jobs.

More: Soap stars who were in Battlestar Galactica

At the Kiriakis mansion, Sarah’s morning sickness is bad. 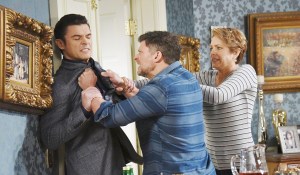 Xander approaches and calls her a complete mess. He hates seeing her struggle like this and asks if she’s made a decision about her pregnancy. She hushes him and quietly says she’s terminating her pregnancy. He asks if she’s sure. Sarah doesn’t want Eric’s pity. He’ll never find out she was pregnant. Eric and Nicole arrive to get Holly and Eric assumes since Sarah looks upset that it’s Xandy’s fault. Sarah defends Xander and takes off. Eric starts making threats so Xander retorts that he’s out of the picture and Sarah’s ripe for the picking. Eric rages and slams Xander into the wall, attacking him. Nicole pulls Eric off of Xander and tells him it’s not worth it. Xander asks Eric to listen to his “wife,” which sets Eric off again. Xander continues to taunt Eric until they leave.

Outside the pub, Brady reluctantly listens as Kristen gloats about how went to court to speak on Tony’s behalf and now he’s free. Brady sighs. He’s glad for Tony but it has nothing to do with him. Kristen did it for Brady. She’s trying to change. She further explains that she helped get Rolf back to the lab so he can make up another batch of serum for Jack. Brady thinks she’s still just pulling strings and making orders. Kristen just wants to do all she can to be with him. She knows he wants it too. Brady has trouble pulling away when she comes close to kissing him when Abe walks up. Kristen’s annoyed by the interruption and reminds Abe about how they made a good team working together. Abe snaps that he thought she was Nicole. He tells her to leave Brady alone. Brady makes a break for it. 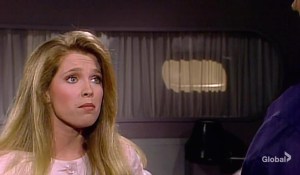 locked into a hotel room bound and gagged, frightened. Jenn flashes to back in the 1980s when she and Jack were in an adventure together. It spurs her on to try hard to free herself and eventually she frees a hand and removes her gag and screams for help.

More: Soap alum to Saved By the Bell reboot

At the hospital, Jack and JJ worry when Jenn doesn’t take Jack’s call. They guess that “the text” sent from Jennifer’s phone didn’t come from her. Maybe Rolf took her. Rolf appears wearing black gloves. He had to recover from the stress of seeing his lab destroyed. JJ rolls his eyes. Jack asks if he’s heard from Jennifer but he hasn’t. He’s ready to get back to work on the serum. He goes to the lab while the men break up to find Jenn. Later, Rolf talks to Kayla about the vandalized lab. He asks if he can continue with his projects in the lab and requests supplies. Kayla’s not happy he’s there or working on his own projects but will get what he needs. Later, JJ tells Kayla that he can’t find his mother. Other than Eve, Kayla thinks they should look into Dr. Henry Shah.

Eve looks smug while sitting at the park and peeling off her leather gloves. 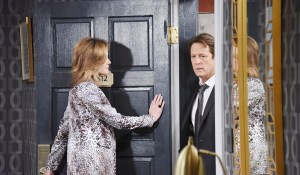 Later, she returns with food as Abe walks up. Eve regrets encouraging Jack to run against Abe. In fact, she’s sorry he lost. Abe calls her a ruthless campaign manager. Abe doesn’t think Jack’s the same man he once was. Eve suggests they team up to bring him down. Abe’s disinterested. He can’t trust her. He understands she’s lonely and angry with Jack but giving in to it and seeking revenge won’t bring peace. Eve tears up as he tells her to let it go.

Jack beats on Eve’s door at Salem Inn. She opens it and he demands to know what she did with Jenn. Eve did nothing with her or the lab.

Abe follows Brady to the square and Brady thanks him for helping him get away from Kristen. He hates the draw that woman has over him. Meanwhile, in the park, Sarah makes a call for a medical appointment.

Kristen arrives at the Kiriakis mansion. Xander wants a truce. He’s trying to turn over a new leaf for Sarah. Kristen admits she’s doing the same thing for Brady. She doesn’t think she hurt anyone with her schemes. Xander snaps that Sarah was left with a broken heart. Kristen thinks that’s good but he argues that it’s not that easy. He accidentally lets it slip that she’s pregnant.

Back at the hotel, Jenn puts her gag back on and slips her wrist into the ropes when her captor returns. It’s Dr. Shah (now played by Piter Marek). 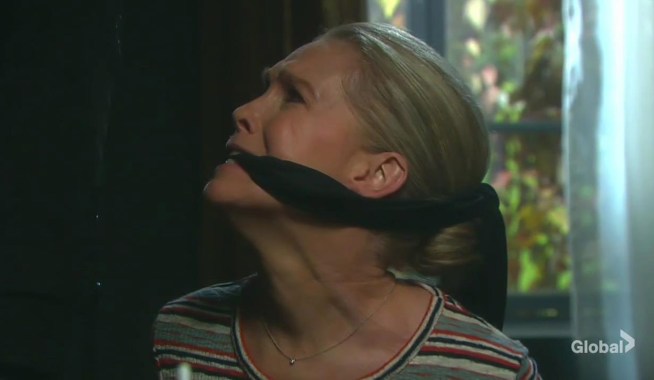 Jennifer’s Kidnapped, Gagged and Bound by a Mystery Man 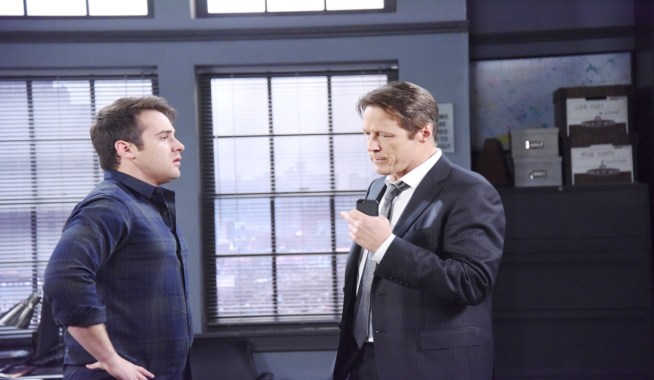